French fashion house, Louis Vuitton, has teamed up with the non-profit organisation, (RED), to craft a candle with a cause.

Founded in 2006 by Bono and Bobby Shriver, (RED) supports the fight against AIDS by providing lifesaving medication, funding and help to those who need it.

Named the Louis Vuitton I (RED), the collaborative candle will assist with (RED)’s project by donating $60 (for each candle sold) to the Global Fund which helps millions of people impacted by AIDS. 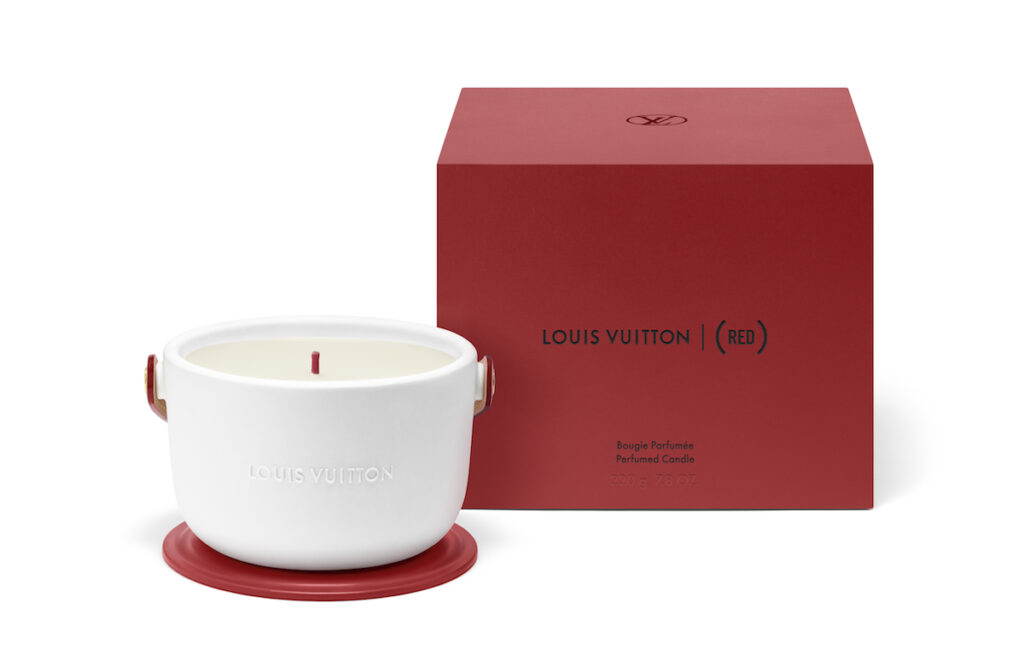 “This collaboration with (RED) is indeed a very proud moment for Louis Vuitton and marks a milestone in our story.” says Michael Burke, Chairman and CEO of Louis Vuitton. “(RED)’s very courageous fight concerns us all, and we at Louis Vuitton will continue to champion their values and dedicated work.

The bold red hued candle has been composed by the Maison’s master perfumer, Jacques Cavallier Belletrud, and designed by Marc Newson. 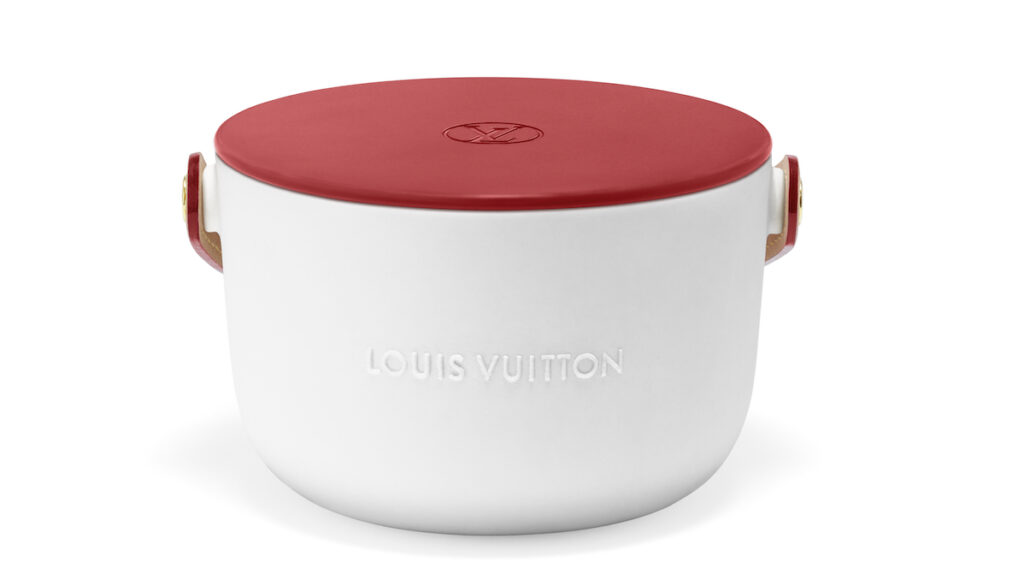 Inspired by the charity’s signature shade, the crimson coloured candle will make a statement in any room – adding a touch of warm with its blended scent of peppery, peony and raspberry notes.

“I was keen to create something that has a strong universal character and with a real sense of liberty,” explains Cavallier Belletrud. “I started with a peony flower accord which has a pronounced character through its highly floral elements with hints of spice, wood, and fruit. It is a perfume in itself.” 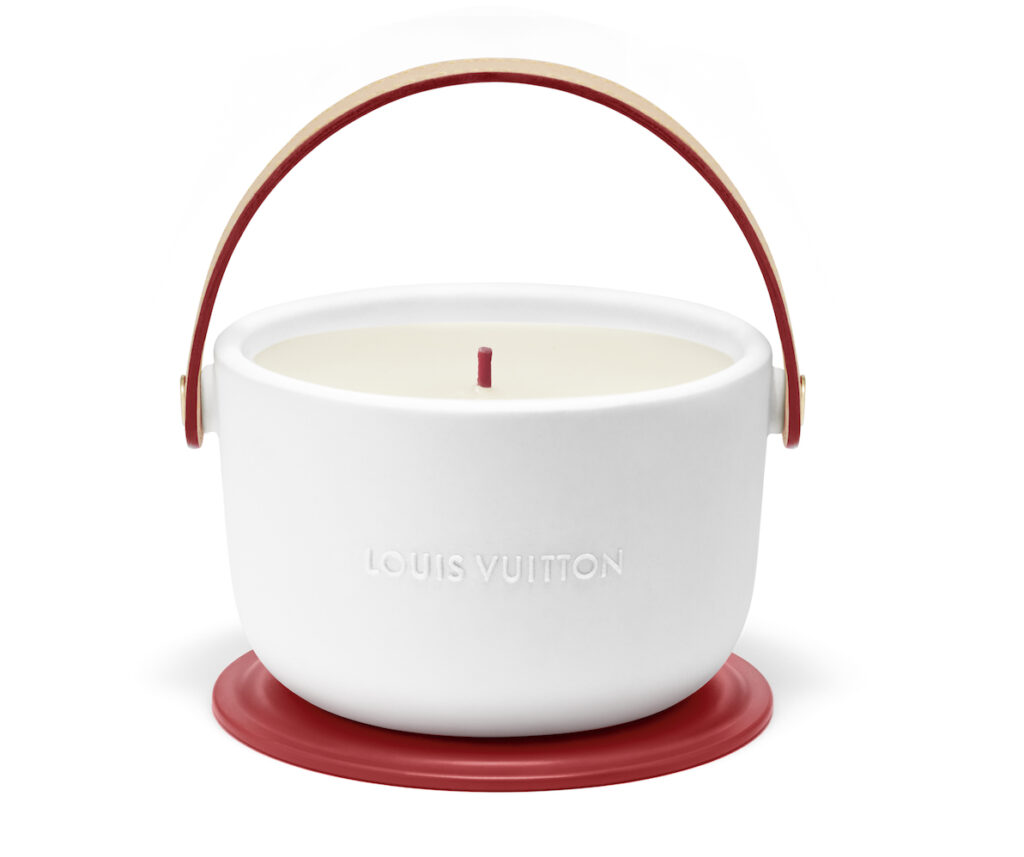 The design features a white ceramic container complemented by the rich bursts of red. The leather handle, the metal disc lid, the box and even the wick, act as visual reminders of the candle’s association with (RED) and the purpose behind it.

The Louis Vuitton I (RED) candle will be available from October 9 in Louis Vuitton stores around the world, and online at Louisvuitton.com.