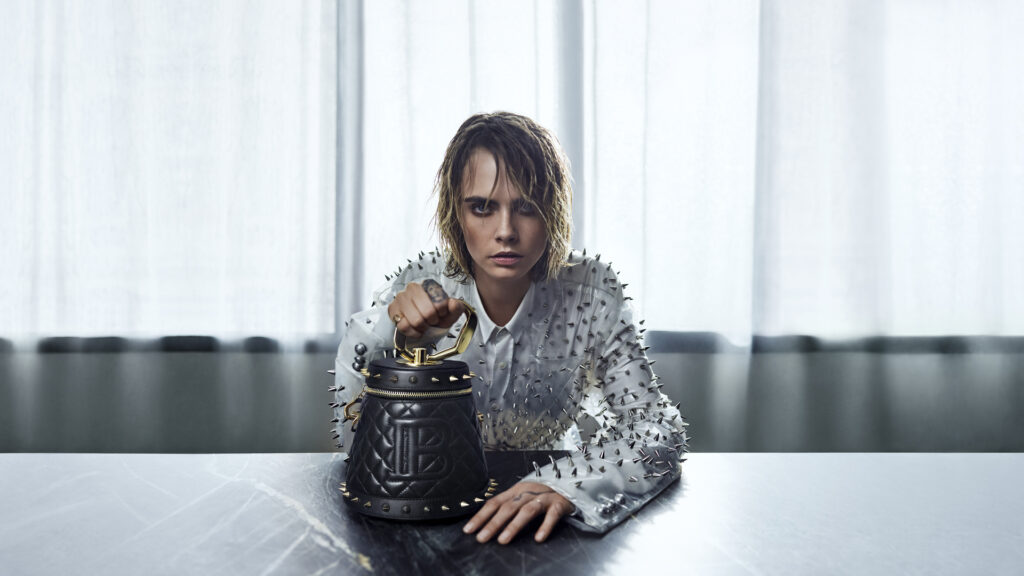 Cara Delevingne has long been a member of the Balmain Army – whether on the catwalk, as a campaign face, or simply as one of creative director Olivier Rousteing’s trusted allies. But the British model and actress has just risen through the ranks for her next role with the French fashion house, as news breaks she’s the latest addition to the Balmain design team.
Collaborating on a trio of handbags named Romeo, Twist and the BBag, Cara’s capsule collection of black leather handbags with striking metal hardware merge Olivier’s power-femme aesthetic and her nonchalant personal style – each offering a typically rock and roll take on classic shapes and finishes in Balmain’s signature black leather.
“You can’t collaborate with someone if there isn’t that friendship,” said Rousteing on their meeting of minds. “At least for me there needs to be a camaraderie since my work is my life. I think I always had it in mind to work with Cara since the beginning, but things take time.” 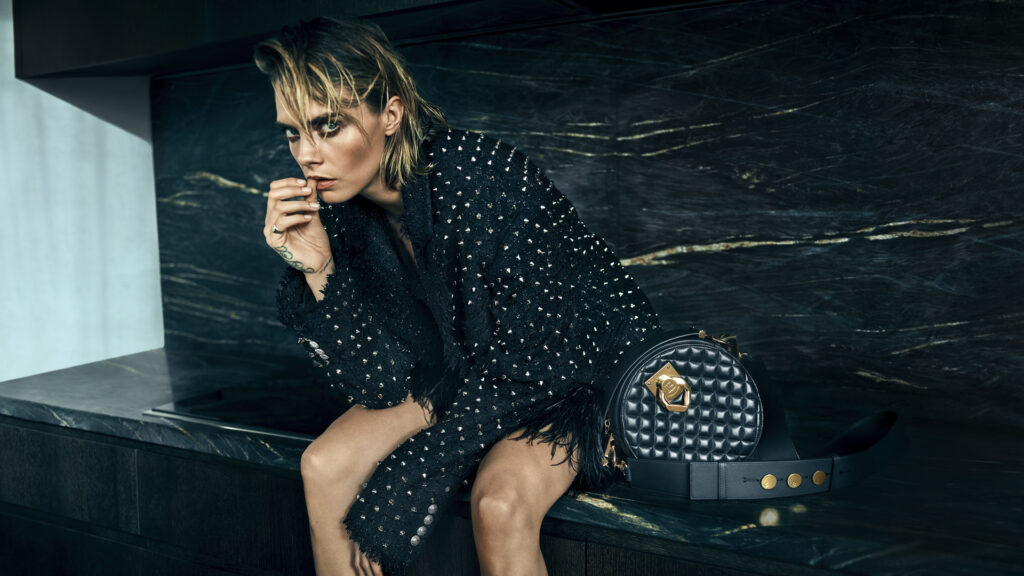 Created following countless back-and-forth brainstorming session, in which the pair communicated through text, emails, and meetings in Los Angeles or at Balmain’s Parisian atelier on each of the bags, despite manic schedules, the project was, according to Cara, an effortless process.
“I feel like I’ve known Olivier forever,” Cara revealed. “The familiarity between us made it really easy to collaborate.” Armed with a raft of references and inspirations, the model and designer clicked perfectly in their shared vision of what they wanted. “Once I saw Olivier’s ideas, I knew we were on the same page [and] that I only needed to give minimal feedback in order for it to be exactly what I had envisioned,” she says.
With each of the designs offers something different – the boxy quilted BBag is a spin on the traditional quilted flap bag with a gold chain added for a touch of decadent luxury; Romeo’s spikes and studs deliver punk attitude, while the Twist plays up the canteen bag’s regimental origins – the Balmain babe’s latest arm candy is already tipped to be the it-bag of the season.
Launched online, naturally, in a suitably dramatic teaser campaign starring Cara, bags are available for pre-order now.
WATCH IT: