Gucci’s classic curve-moon shaped carrier, the Jackie, has been a handbag hero since its creation in 1961. Adorned with a gold hardware clasp, the silhouette became synonymous with the ‘60s and ‘70s jetsetter, and was often spotted on the arm of fashion icon and former first lady, Jackie Kennedy (prompting its name switch from Constance to Jackie).

Back for AW20, and retold through the eyes of Alessandro Michele, the Jackie 1961 re-emerges in three new formats, including miniature versions in contemporary colourways of pastel lilac, soft pink, baby blue and buttery yellow. 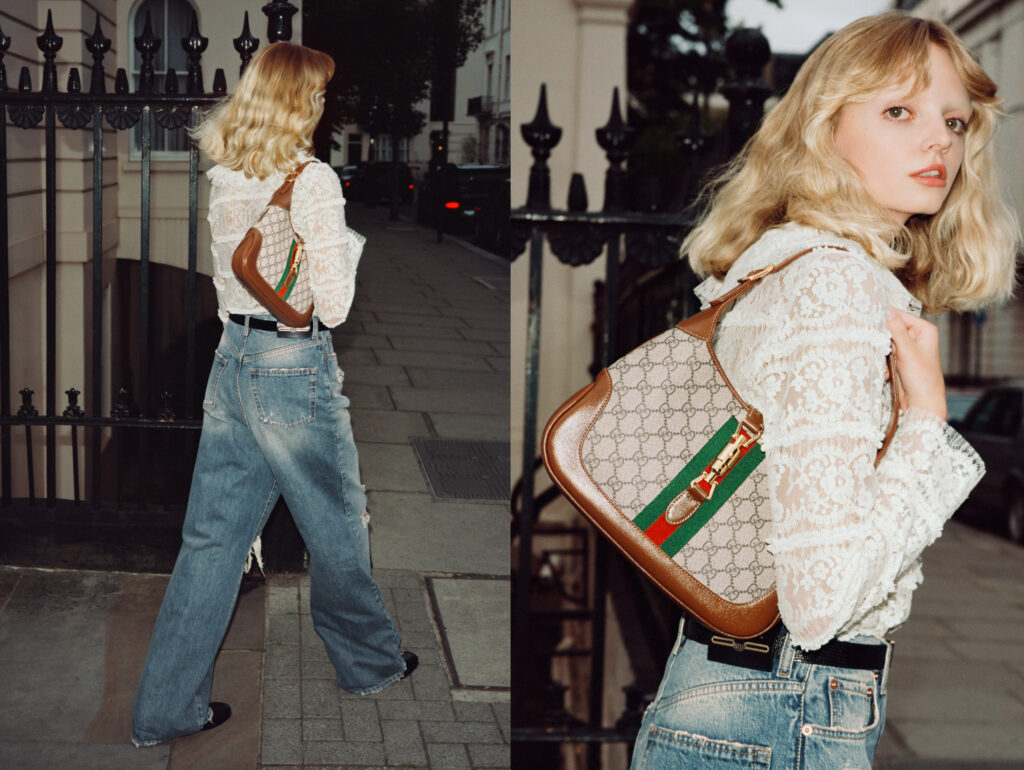 For an off-duty look to take into the weekend, style your Jackie over-the-shoulder and wear it with ’90s denims and a ruffled lace shirt. Or carry the mini version alongside a floral-printed dress to recreate that jetsetting ‘60s vibe.

Shop the Jackie 1961 at Gucci boutiques across the region and at Gucci.com