Fake, knock-off, counterfeit... Whatever terminology you use, the counterfeit bag market is booming, as legitimate buyers are unwittingly being duped into making illegal purchases

Replica luxury bags have come a long way from back-alley vendors, and the advent of online shopping and social media have not only allowed the industry to survive but thrive. In April, Gucci and Facebook filed a joint lawsuit in California against an individual who reportedly used the social media platform to sell counterfeit goods. In a statement, Gucci claimed that the individual it was suing was using multiple Facebook and Instagram accounts to promote her online global counterfeit business. The statement also added that, in 2020 alone, Gucci’s in-house intellectual property team had succeeded in removing four million counterfeit product listings and over 45,000 websites, including social media accounts. In a statement published by Facebook on its own site, it added that “cross-industry collaboration with brands like Gucci is critical to this type of enforcement action, and to Facebook’s broader efforts to tackle counterfeits on its services. Facebook and Gucci’s collaborative relationship is built upon joint commitment and efforts to combat the promotion and sale of counterfeit goods online.” And while the legal action is the first of its kind for both the luxury brand and the tech giant (in the past, brands have tended to tackle the black market on their own), Amazon has also joined forces with Valentino and Ferragamo to file similar lawsuits in an effort to prevent counterfeit goods from appearing on its platform. 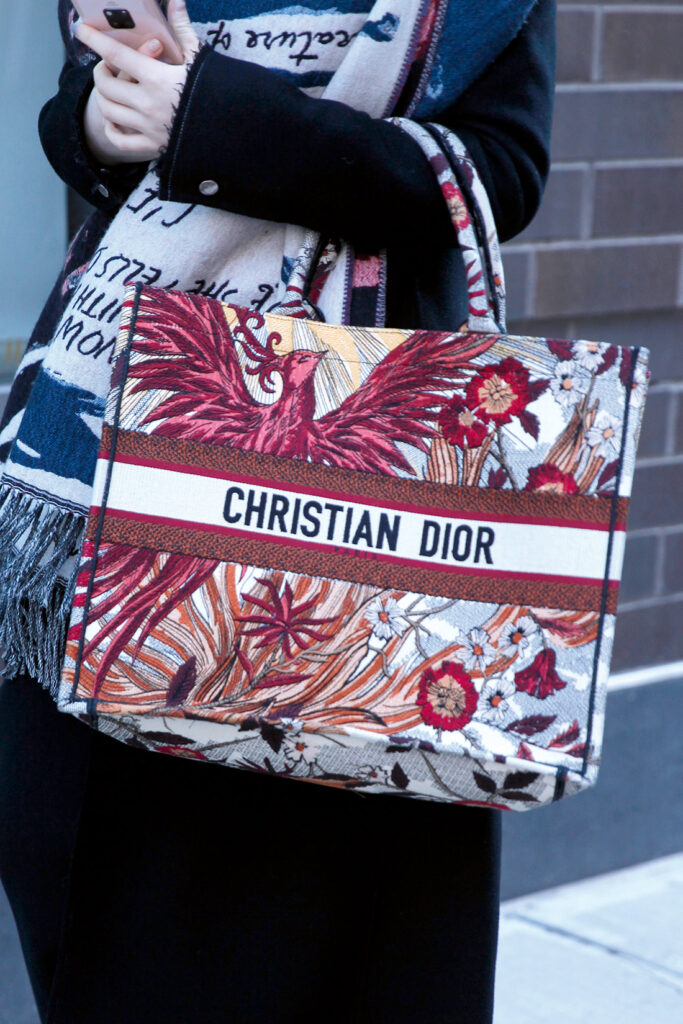 According to a new study, one fifth of all the luxury goods you see on social media are fake, and pictures of seemingly legitimate items will come with contact details of how to buy them. “Scammers will counterfeit just about anything, and have been for a long time. The luxury resale market is booming and really only just begun to take off. With that, scammers will always try to come in and take advantage of the opportunity,” say Anastacia Bouzeneris and Jenna Padilla, co-founders of Real Authentication, an online authentication service based in the US. “The most surprising things are counterfeited, so you can really never be too careful, but generally the most popular styles are counterfeited. Another thing consumers don’t often realise is branded collateral is counterfeited as well. Just because the seller shows the box, tags and brand receipt does not mean they are genuine.”

Every item authenticated by Real Authentication has been examined by two highly-trained experts and cross-checked using the company’s Smart Database Scan technology. “Higher-grade replicas are found in circulation much more frequently now than ever before. To the untrained eye, they would certainly be more difficult to identify,” Bouzeneris and Padilla add. “Our team monitors new trends from both genuine and counterfeit markets in order to stay on top of authentication nuances as they emerge. It’s an incredibly meticulous process, but it is why we are here and has continued to help elevate the level of service we are able to provide to our clients. As the resale industry grows, new adopters are less savvy when making initial purchases, and are often misled into purchasing counterfeit items. Even those buying and reselling within the industry for decades can accidentally wind up with a fake on their hands if they do not implement the proper authentication protocols. The grade of counterfeits is increasing as well, so it becomes more and more difficult for resellers to identify counterfeits with the untrained eye.” 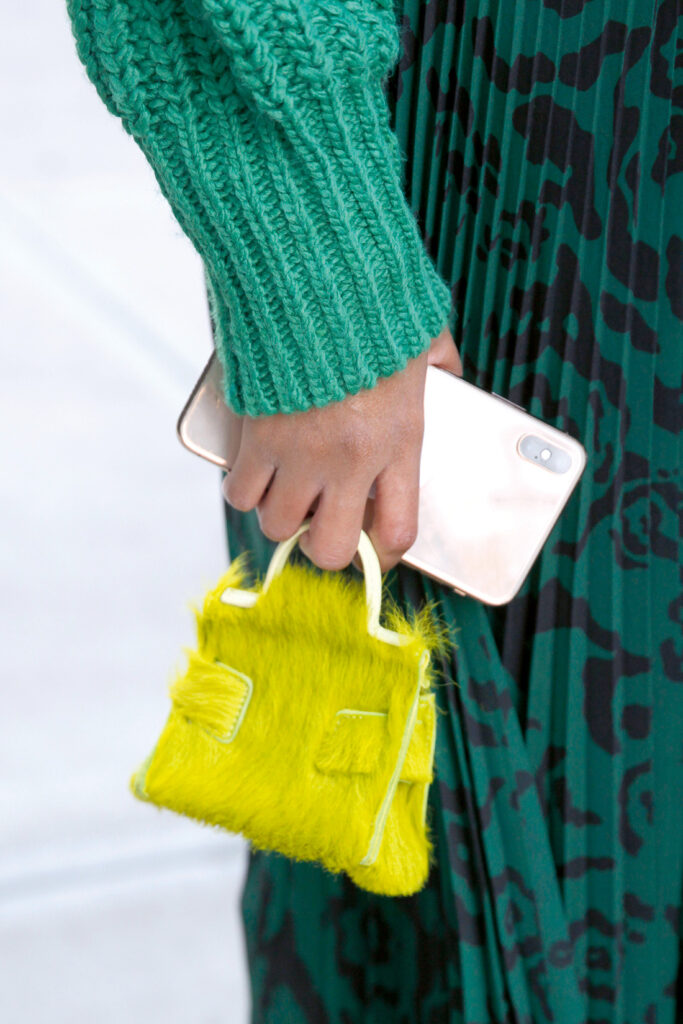 The process is alarmingly easy. “Even consumers who are literate in their fashion and accessories can be duped,” agrees New York-based TikTok influencer Charles Gross. Gross used to deal in preloved Hermès Birkin bags and has amassed a huge following of 376,000 fans on the social media platform—along with more than one million likes thanks to his posts on how to spot a fake. “Counterfeit goods have got to a level of quality that is so close to the real item that they’ll sometimes even fool trained authenticators. It’s so easy for consumers to be duped, especially if they’re hunting for a good deal and they come across something on a listing website like eBay or Facebook Marketplace,” Gross advises. “The person listing it might not even know it’s a counterfeit. And if the customer is buying from a resale website, there are instances where items will slip through the walls.”

Some seemingly legitimate preloved items—many of which appear to be brand new with tags still attached, and with original dust bags and authenticity cards—are actually coming from highly-sophisticated counterfeit rings that use insider knowledge from those who work for the brands, real packaging and boxes, and highly-skilled craftspeople to con consumers, as Gross details: “Really good replicas will go so far. Some replica organisations will pay off sales associates at designer stores to get real packaging material, so the dust bag and the box will be authentic. Some designer bags come with a serial number inside or an authenticity card that has the number as well, and at a lot of these counterfeit or replica groups or factories, you can request a specific serial number that corresponds to a certain date of production, so everything matches up, and they’ll make a fake receipt. When paired with the packaging material that they’ve bought off unscrupulous sales associates at the actual boutiques, the whole package together can look incredibly realistic and authentic.” 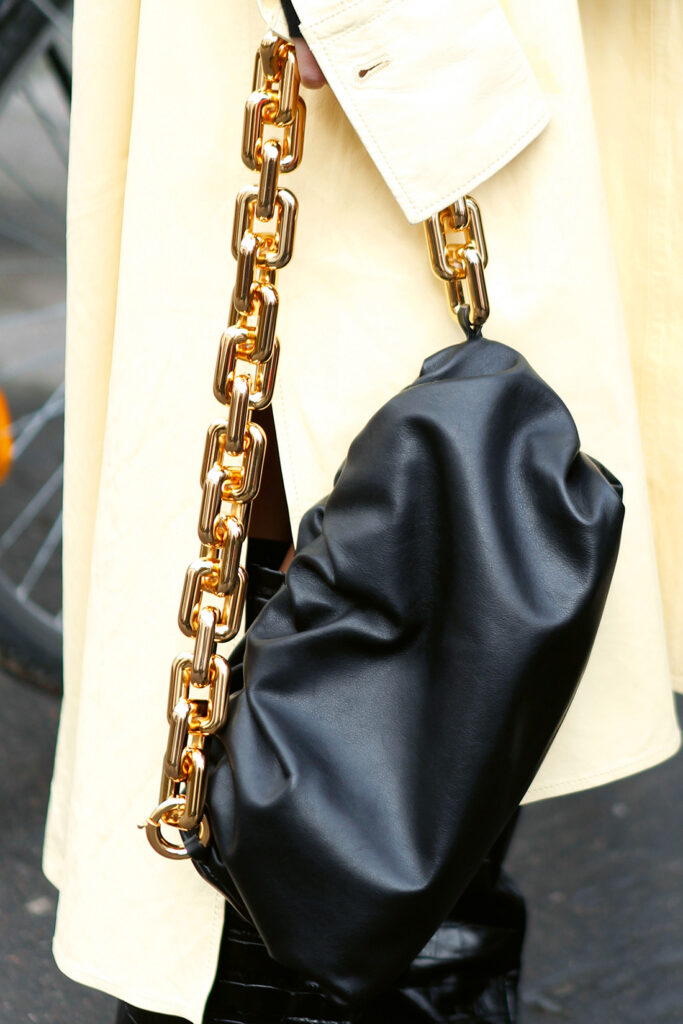 While Gross’ first foray into the world of buying and selling preloved luxury in 2013 was a fluke of sorts— he bought his first Birkin bag for $300 on eBay, and subsequently sold if for $5,000 after verifying it was authentic—he says context is key if you want to avoid buying a fake, and although he was able to secure an authentic designer bag without following any guidelines or getting any sort of authentication guarantee, he’s learned along the way that consumers have to be more cautious. “At that time I had no idea really. I knew about Birkins vaguely, I didn’t know anything too detailed, but I knew that it was wildly underpriced and said this has to be a fake. I clicked on the listing and had no idea about authentication, so I bought it and said if it was fake I’d throw it away. The person listing it had no idea, so I bought it and it turned out to be real. It took me by complete shock.” This is when he started educating himself on the market, and now advocates that buyers shouldn’t expect to buy authentic bags from unverified vendors. “Always buy from a place with a good reputation. And always keep a record of all communication. Invest money in hiring an authenticator. Getting that second opinion can give you peace of mind. And if it seems too good to be true, it probably is,” Gross recommends. “What I look for is context and setting. Where are you buying this bag from, is the place reputable, can you ask as many questions as possible? If that checks out, I always say to employ the help of a professional authenticator, because if you are duped or were sold a fake, you can contest it with your bank or PayPal, and you’ll have some evidence that it was evaluated.”

According to Threadup—a resale site based in the US— the secondhand market will grow faster than traditional retail in the next 10 years (11 times faster and worth Dhs308.5 billion to be exact), and looks set to eclipse fast fashion twofold by 2023. Reasons for this include a conscious consumer effort to practise more sustainable shopping habits, but the legitimacy and reputations of resale sites, especially those that deal in luxury items, have also inspired consumer confidence in the purchasing process. Reputable resale sites that deal in designer goods like Vestiaire Collective, FarFetch, and closer to home The Luxury Closet, work tirelessly to ensure the products they list are authentic, as Kunal Kapoor, CEO and founder of The Luxury Closet, explains: “Our in-house team of experts are highly trained to verify the authenticity and the condition of the luxury products. They ensure that only 100 per cent authentic items are put on sale. The evaluation process is unique, with its own mix of assessment criteria, and differs according to the category.” The Luxury Closet verifies thousands of bags per month at its processing centre in Dubai, and hardware, stitching, symmetry, material, craftsmanship, stamping, codes, hologram stickers and packaging are all taken into consideration. Authenticators also check if the item has been modified or amended. And although The Luxury Closet has had to reject counterfeit items on a couple of occasions, Kapoor says the company’s lifetime authenticity guarantee to customers has helped build its reputation as a safe bet and inspire consumer confidence. “We have built trust between us and our consumers,” Kapoor discloses. “In addition, the adoption of buying preloved has come a long way. Today, nearly one in 10 purchases are already preowned, and this should increase by end of the decade.”

As the adage goes, Caveat Emptor or ‘buyer beware’, in other words. And in the case of purchasing luxury goods online or otherwise, those words have truly never been more pertinent.

Read Next: Decorate Your World With These Must-Have Accessories

The Art Of The Hunt