Thanks to a dual focus on more sustainable spending patterns and an increased demand for limited-edition and rare vintage collector items, long-held perceptions about buying secondhand are changing and the pre-loved luxury goods market in the region is undergoing a renaissance of sorts

Traditionally the market for second-hand luxury goods in the Middle East has been unilateral – luxury consumers with sizeable personal collections were positioned as the purveyor of pre-loved goods rather than the avid and eager purchaser. And for many discerning luxury consumers, purchasing a pre-loved consignment could never stack up against the thrill of buying something brand new from one of the luxury powerhouses’ latest collections. In fact, according to a 2019 report by management consultancy McKinsey & Company, annual fashion sales for the GCC came in at US$50 billion that year, positioning Middle Eastern luxury consumers as some of the highest spending per capita in the world.

But with both sustainability and a redefinition of exclusivity coming more sharply into focus globally and regionally, attitudes are shifting and the concept of investing in carefully considered pre-loved luxury is gaining traction. Even the terminology is changing, with goods formerly referred to as second-hand undergoing a rebrand within the fashion industry to become part of the much more prestigious-sounding (and palatable) ‘circular economy’ instead. Still need some convincing? Consider this: In 2016, a world record was set when a Middle Eastern collector purchased the Hermès Himalaya Niloticus Birkin for $300,168 from Christie’s in Hong Kong. The handbag, which had been consigned to the auction house by a private seller, is considered the ultimate Birkin and features matte-white crocodile leather and 18-carat white gold and diamond hardware. It was produced in limited supply in 2008, retailed in 2009 and only one or two are produced each year. It was expected to sell for between $190,000 and $260,000.

“One of Christie’s first forays into online-only auctions, the secondary market for handbags has increased in size and prominence alongside the Christie’s handbag department,” says Rachel Koffsky, head of sale, associate director, for the handbags and accessories department at Christie’s. “Christie’s has seen the market for handbags emerge, mature and take its place alongside jewels, watches and wine as a serious collectible and luxury asset, as much a part of a client’s portfolio as their art.”

That’s something Chadi Nouri, founder of Chadi Luxury, has also witnessed since she launched her luxury platform. “Our most coveted brands are Rolex, Chanel, Hermès and Gucci,” she reveals. “For Rolex, it is generally either vintage pieces or extremely difficult to get contemporary pieces with a several-years waiting list. For example, to celebrate the launch of our website in June 2019, we had a Rolex GMT-Master II ‘Pepsi’, which we priced at retail. Usually, it is a piece that has at least a two-year waiting list or a 50 to 100 percent premium if you want it immediately on the resale market. For Chanel, almost all products are coveted and most of them sell near retail price. For Hermès, Kellys and Birkins are the big winners and usually sell at a premium if they are really sought after and still in very good condition.” Thanks to its extensive network, Chadi Luxury, which operates out of Switzerland and Hong Kong but ships globally, is able to privately source almost anything for discerning clients, and recently procured a black Hermès Birkin 20 for a client based in Geneva, and a Richard Mille RM35-02 Nadal for a client based in New York. Nouri believes that mindsets and cultural perceptions still vary around the world when it comes to pre-loved luxury, but suggests that clients are more willing to divulge the details of their purchase if the piece was more difficult to source. “Acquiring a vintage timepiece like a vintage Rolex or a rare item like a Hermès Kelly Picnic bag will not only justify the purchase via the second-hand channel but will also naturally be impacted by a price premium, i.e. you pay a higher price to get a vintage piece or a luxury item that you wish to acquire here and now instead of waiting for it on brands’ waitlists,” she observes. “In such cases, talking about purchasing on the preowned market is actually something clients want to share.” 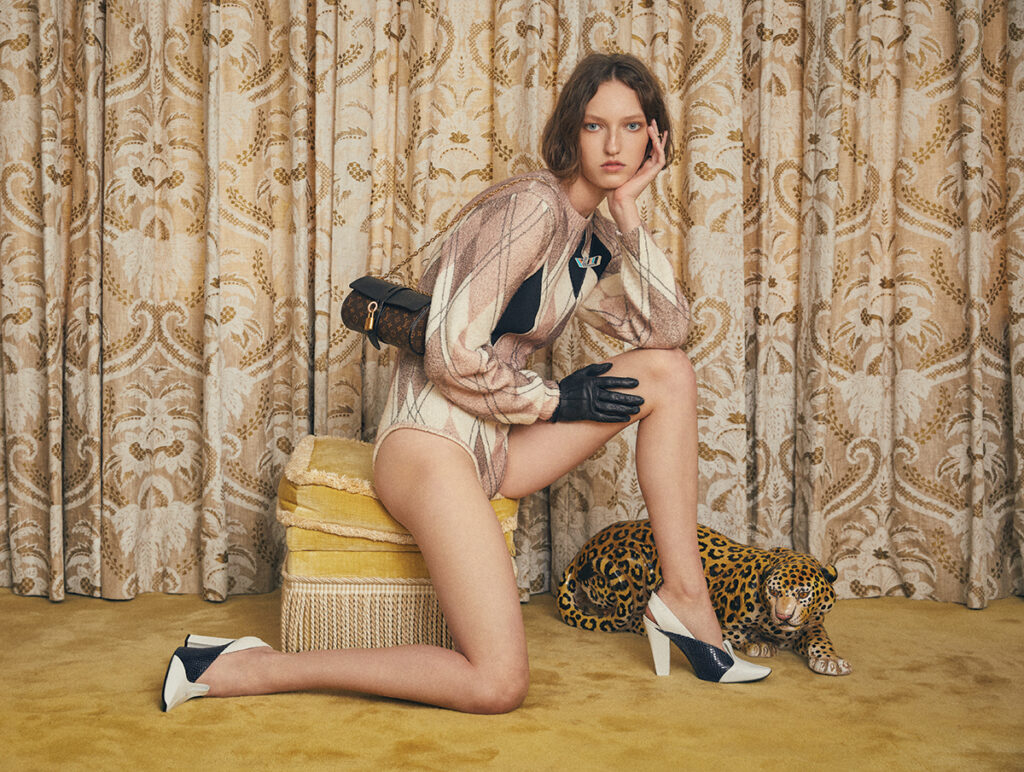 The Luxury Closet, founded in Dubai in 2012, was the first online luxury store of its kind in the region. From its inception it focused on the resale of perfect-condition items, acquired from some of the most covetable closets in the world. Today, The Luxury Closet’s inventory includes more than 40,000 items, most of them sourced from the Middle East. It has also established a dedicated VIP concierge service across the UAE, Kuwait and Saudi Arabia and sends members of its team of experts to assist buyers, and sellers who have more than five high-value items to part with. CEO Kunal Kapoor was initially inspired to set up the business after spotting the glaring gap in the market. “People buy and sell used cars, so why not used fashion? The model obviously already existed in Asia and in the US but not in the GCC,” he says. “I decided to go with an online model to be able to scale it faster and on a larger scale. I remember soon after we launched, we saw a very strong traction from early adopters. The market is moving towards the direction of re-homing luxury goods and supporting a business model that not only helps consumers financially but supports the sustainability movement and protects our environment as well.” In September 2020, Huda Beauty Investments (HBI), the private investment firm of Huda Beauty founders Huda and Mona Kattan, invested $11 million in The Luxury Closet along with Middle East Venture Partners (MEVP), and became the principal shareholders of The Luxury Closet, so it’s safe to assume the company is anticipating significant growth in the next decade. “The adoption of pre-owned is increasing year on year,” Kapoor adds. “The industry estimates that the pre-owned market share more than doubles every decade, and that means by 2029 one in six purchases will be pre-owned. We at The Luxury Closet see this to be one of the largest disruptions in the fashion industry this century.”

Reno Steenkamp, private client director at Farfetch Middle East, Russia and The Commonwealth of Independent States (CIS), also shares this outlook and has seen a huge shift in consumer trends in recent years. “Fashion has been disrupted, with global production impacted and limited supply in certain categories, which has also brought about a change in customer behaviour and led them to gravitate towards new categories and, specifically, pre-loved pieces,” he says. “We recently released some ambitious 10-year goals, and one goal is seeing our circular business outgrow traditional sales by 2030.” The online luxury marketplace signed its first vintage boutique in 2011 and today has an extensive global network of highly curated boutiques that are experts in the fields of pre-owned and vintage luxury brands. “As the world stood still in 2020 and continues to be impacted by the pandemic, we see that more consumers are moving towards making more considered purchase decisions. I believe it is only natural that we are all more conscious in our decision making and how it will impact future generations, focusing on unique and authentic finds to pass down to generations that tell a story and leave a legacy,” he adds.

Alongside its online boutiques, the Farfetch Fashion Concierge team, working in conjunction with the Luxury Brand Specialists team, source luxury items on behalf of the company’s Farfetch Private clients. Their goal is to fulfil any request for luxury items that are unavailable by locating them anywhere in the world. “Each client has their own personal and unique tastes and it’s our job to aid them in discovering rare one-of-a-kind pre-loved pieces, from fine watches to fine jewellery,” Steenkamp reveals. “Timelessness resonates with our clients the most. Many tend to own multiple pieces in different colourways to collect or cherish for years to come. Fine watches and jewellery pieces are always in demand and pre-loved accessories do exceptionally well from houses that have stood the test of time, such as Cartier, Patek Philippe, Audemars Piguet, Hermès, Chanel and Louis Vuitton.”

It’s this increasing demand for rarity and shift from mass production that inspired Colin Saunders to launch the UK-based online marketplace Open For Vintage. “For those that want to buy incredible designer items but wish to reduce their environmental impact, shopping pre-owned and vintage is a fantastic alternative. Carrying a show-stopping vintage Hermès Birkin or ultra-rare Chanel bag is arguably becoming more desirable than wearing new products that are more widely available.” He’s also witnessed the increase in consumers wanting to convey their environmental credentials via their vintage purchases. “Vintage provides an environmentally friendly way of accessing unique, one-of-a- kind pieces that carry a history – something that buying new cannot replicate. A large proportion of our items are in immaculate condition, and some are even new with tags.” Saunders does acknowledge that in the past, many luxury consumers equated vintage with “cluttered stores selling tarnished goods.” However, during the last year in particular the company has seen a rise in Middle Eastern customers, particularly from Dubai and Saudi Arabia, seeking hard-to find, rare designer items in pristine condition. “From Capri to Tokyo, our vintage boutique partners are experts in collecting the most sought-after Hermès, Chanel, Louis Vuitton and more. Our stock offers individuality, giving customers access to unique pieces that were never originally available in their markets, including the Middle East,” he says. And the luxury consignment market financials don’t lie. “The luxury pre-owned market is estimated to double in value to more than $47 billion by 2024, as more and more consumers transition from buying new to investing in vintage and pre-owned goods,” he notes. “We’ve seen our business double in size every year since launch, and we’re on a mission to prove is that vintage shopping with us doesn’t mean a compromise on luxury.”

As stylist and Instagram influencer Aysha Alzoqa puts it, “Having a unique piece that no one has is something every girl wants. Girls want to stand out with their pieces.” She adds: “When Dior revived the Saddle bag, many people opted to buy vintage pieces. Sustainability is a part of that change, of course – people now are more aware about the environmental issues that the world is facing, and unfortunately fashion contributes to that problem.” Simply put, shiny and brand new doesn’t always equate to better, and high-end fashion fans eager to flex their sartorial know-how are increasingly turning to the pre-loved and luxury vintage market to access rare and limited-edition pieces that boast more than just monetary value. Bottom line? We’re sold.

Read Next: Everything You Need To Know About Buying An Investment Watch