The Art Of The Hunt

As long as there has been art, there have been art collectors. The ancient Greeks did it; so did the Romans. Isabella d’Este, who was born into an illustrious Italian family of renaissance nobility, and her equally renowned husband, Francesco II Gonzaga, the Marquess of Mantua (1466-1519), are one of the first couples known to have cracked the art world’s glass ceiling with their perceptive eye for contemporary masterpieces, which included works by Leonardo, Titian and Raphael.

Today, husbands and wives who invest in art collect for various reasons, and while it’s often assumed that the most exciting collections have been built around a genuine interest in the pieces themselves (rather than an artwork’s financial potential), MOJEH asks an unanswered question: Are men and women truly on the same page when they purchase works of art? In Issue  46, MOJEH speaks with three couples that collect and discovers that regardless of the reason, once you’ve started investing in art, it can be near impossible to stop. 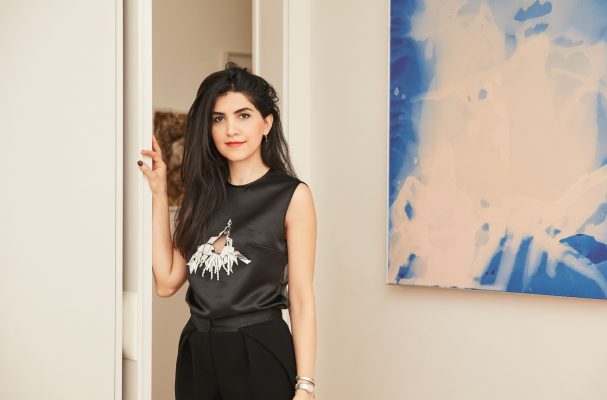 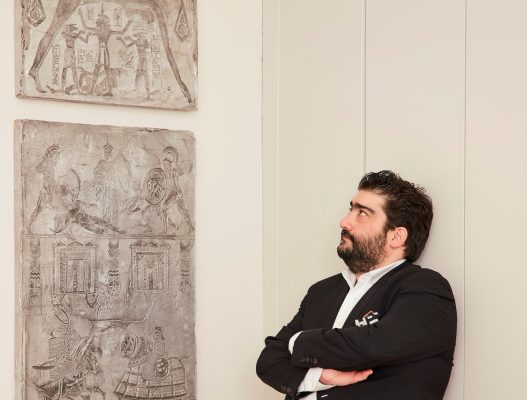 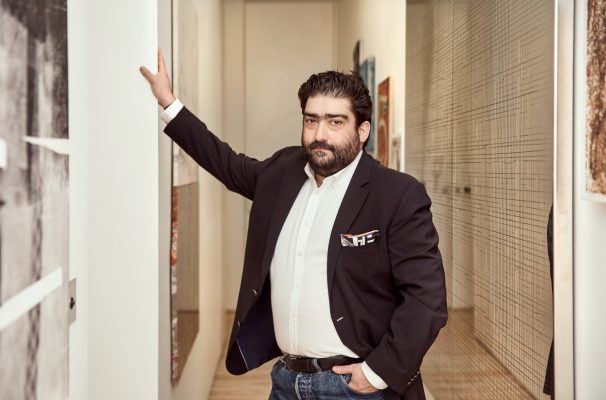 Kamiar and Leila met at Christie’s Auction House in London while attending a book launch organised by a longtime friend and art advisor, Dina Nasser Khadivi. Kamiar collected art for 15 years independently prior to meeting Leila, who is also from an artistic background. Their marriage, they explain, allows them to share their passion for artwork together.

“Ultimately a collector never wants to lose money on what they collect,” Kamiar tells MOJEH. “So we do our research about the artist as well as the journey they have had to get where they are. We also look into their potential future.”

“We don’t only buy a piece because of the hype around it,” Leila further explains. “This emotional connection is more important for me. Financial considerations only come into play when we’re discussing what kind of budget we have for a particular piece.” 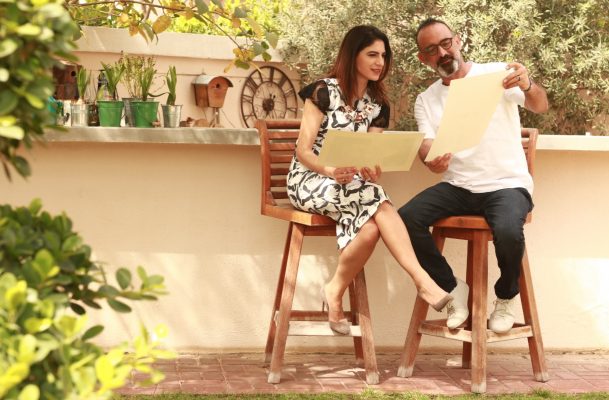 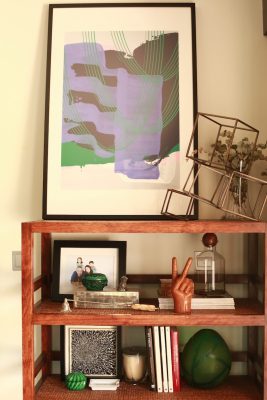 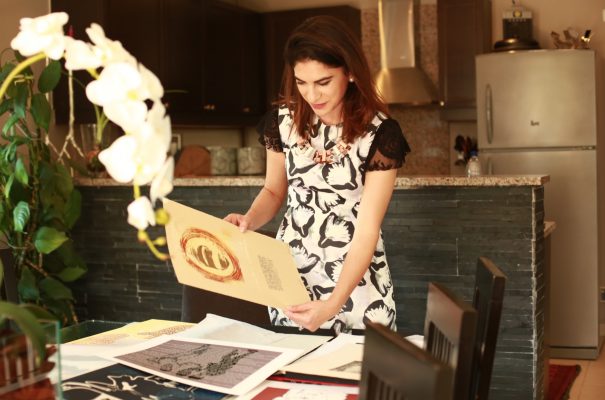 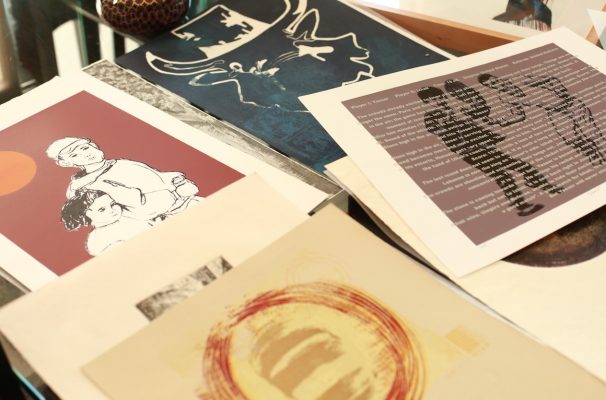 Photographed by Julia at The Factory ME

Dubai-based couple Maher and Nisrine have been happily married for 11 years and started to collect various Middle Eastern artworks very early on in their relationship. Towards the beginning, they sought individual pieces that appealed directly to their background, but after a few years they began to expand their collection to encompass other works that fit in with common themes present in their emotive pieces.

“An artwork’s emotional value is more important than its financial potential, be it the subject, the colours or the shapes,” Nisrine informs MOJEH. “An artwork has the capacity to be interpreted differently depending on the owner’s past experiences and personal preferences, so it conjures different emotions.”

“For us, the piece definitely has to have a symbolic value,” agrees Maher. “The artwork’s ability to evoke emotion is one that doesn’t change with time, whereas its financial value does – for better and for worse.” 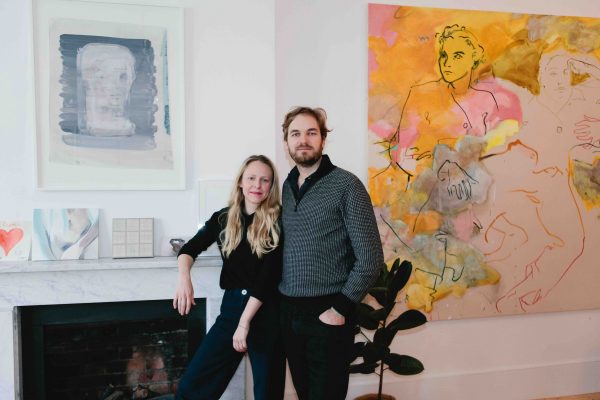 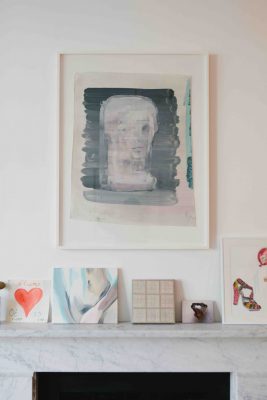 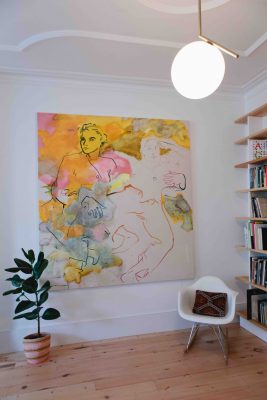 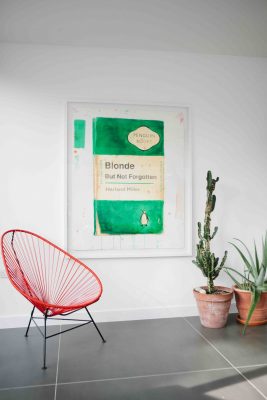 Harry (co-founder of luxury menswear brand Frescobol Carioca) and contemporary artist Hannah have known each other for seven years and now have a one-year-old son together. Hannah works with artists at White Cube Gallery and already had her own blossoming art collection before meeting Harry, whose interest in contemporary art quickly developed with his other half’s attentive guidance.

“I don’t know if I would say that my emotions influence me when I decide to purchase artwork; it’s more an intuition or an immediate connection to something present within the work,” reveals Hannah. “An artwork becomes very powerful to me when it entices me to look, and look again. This could be me trying to understand its narrative or simply to marvel at its materiality.”

“Hannah does most of the research,” adds Harry, “but for me it’s just an intuitive response to the piece. I think about the financial potential, I’ll be honest! But ultimately I know that an artwork’s financial potential comes and goes, whereas pure love for an artwork never fades away.”