From homecoming to Prada and Estée Lauder, it’s been a big year for the model

Estée Lauder announced earlier today that it has signed Anok Yai as its latest global spokesmodel alongside stars like Kendall Jenner, Karlie Kloss and Joan Smalls. Anok will feature in makeup and skincare campaigns across digital, TV, in-store and print. Her first campaign will be for the brand’s number one foundation, Double Wear Stay-in-Place Makeup, which debuts in August. “I am so excited to be a part of the Estée Lauder family,” said Anok in a press release. “To be a woman of colour representing an iconic brand that has continuously been at the forefront of beauty, is an honour. I hope to be an inspiration to young girls and women and encourage them to feel undeniably beautiful.”

To celebrate her new role, here’s five things you probably didn’t know about the breakout model.

1. Anok was first discovered by a street style photographer who took her photo at Howard University’s homecoming in October last year. The photo quickly went viral and as a result she landed a contract with Next Model Management.

2. Soon after she signed with Next, Anok secured the leading role in Prada’s spring/summer 2018 campaign that was photographed by Willy Vanderperre. She also became the face of the Riccardo Tisci x Nike collaboration.

3. In a history-making moment, Anok was the first black model to open a Prada runway show in 20 years when she walked for their autumn/winter 2019 show. Naomi Campbell was the first.

4. Hailing from Egypt, the daughter of Sudanese refugee parents, Anok moved to the United States in 2000.

5. As much as she loves modelling, Anok would like to become a doctor and empower young girls to pursue STEM fields.

Of course Anok’s not the only one who’s recently signed with a big beauty brand, Zoë Kravitz has also just been named global beauty ambassador for Saint Laurent Beauté. 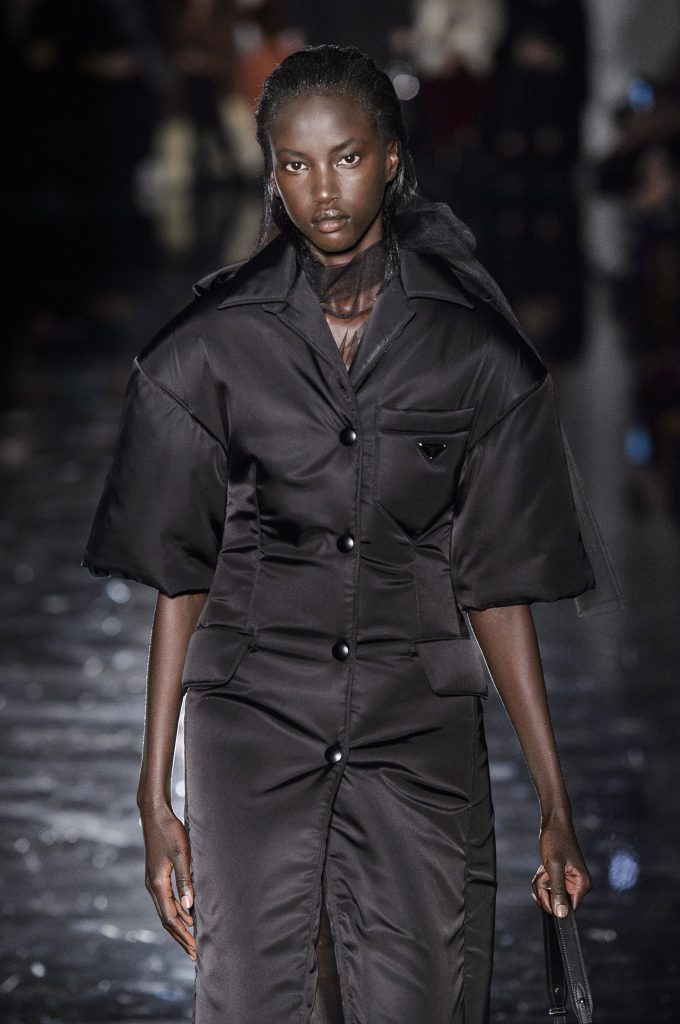 The Best Dressed Celebrities At The 2018 Revolve Awards