In Honour Of Her New Unicef Role, We Look Back At Millie Bobby Brown’s Red Carpet Style

From ball gowns to sneakers, there’s nothing Millie can’t rock on the red carpet

On World Children’s Day, when kids across the globe unite for their rights, Emmy-Nominated actress Millie Bobby Brown was announced as the newest United Nations Children’s Fund (UNICEF) Goodwill Ambassador. At just 14 years old, this makes the Stranger Things star Unicef’s youngest person to ever take on the role.

“It’s a dream come true to become a Unicef Goodwill Ambassador,” said Brown in a statement. “It’s a huge honour to join such an impressive list of people who have supported Unicef over the years. I am looking forward to meeting as many children and young people as I can, hearing their stories, and speaking out on their behalf.”

In celebration of the actress’ new role, we take a look back at her best red carpet style moments which are always age-appropriate, playful and effortlessly fun. 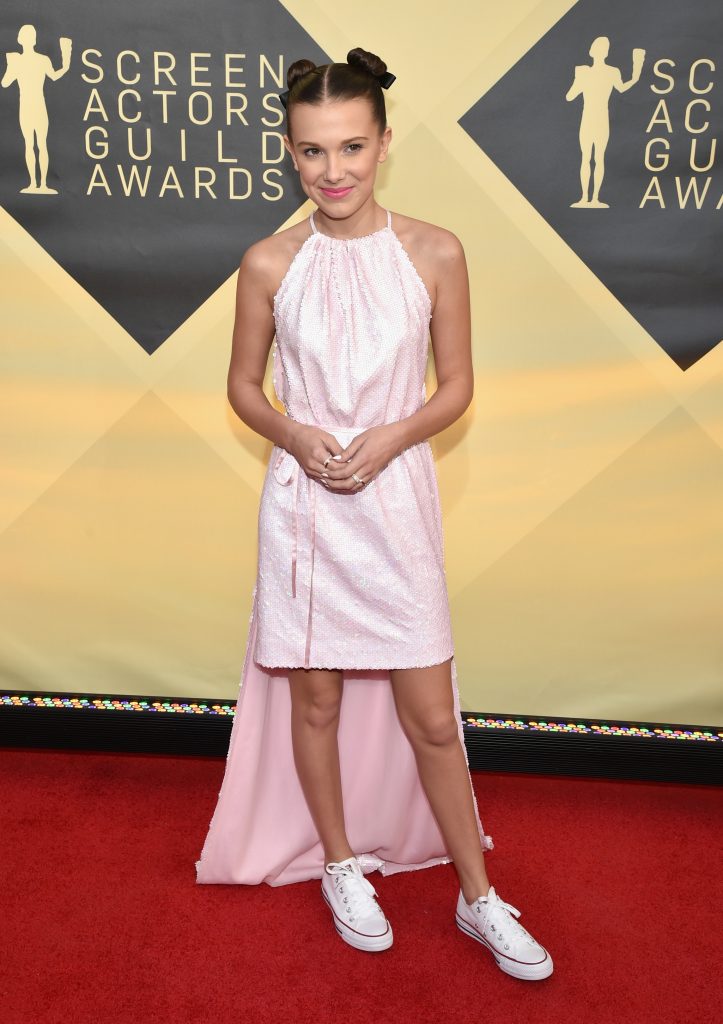 Comfort was key for Millie when she attended the 2018 Screen Actors Guild Awards in a baby pink sequined Calvin Klein Collection dress, teamed with a pair of Converse sneakers.

Could Amber Heard’s Bedazzled Swim Cap Be The Start Of A New Fashion Trend?