Before She Was Immortal

In the summer of 1953, a spindly, aristocratic, 26-year-old Hubert de Givenchy was in the throes of preparing the fourth presentation of his burgeoning career.

Despite a scarcity of time, he accepted an unexpected telephone call from his friend, Gladys de Segonzac, with whom he had worked at Schiaparelli. Married to the head of Paramount, Segonzac revealed that a “Miss Hepburn” had arrived in Paris, and that she was requesting an audience with the famed young couturier. Givenchy reluctantly agreed to meet the novice actress, although – years afterwards – he admitted that he had originally mistaken her for the distinguished starlet, Katharine Hepburn.

An excitable 24-year-old, Hepburn was hot on the heels of her debut Hollywood picture, Roman Holiday, which later won her an Oscar for best actress. When she first met Givenchy, however, the film hadn’t opened yet, and there was little reason for the Parisian prodigy to be familiar with, as Hepburn later put it, “a skinny little nobody”. The fierce, long-standing friendship that ensued will never be forgotten thanks to the silver screen, Hollywood historians, and a plethora of acclaimed writers such as Pamela Keogh. Author of the international bestselling biographies, Audrey Style and What Would Audrey Do?, Keogh has spoken at great length with several of Hepburn’s close associates, including Givenchy, whom she describes as “an absolute gentleman”. “Audrey and Hubert de Givenchy… I think, loved each other almost from the start.” 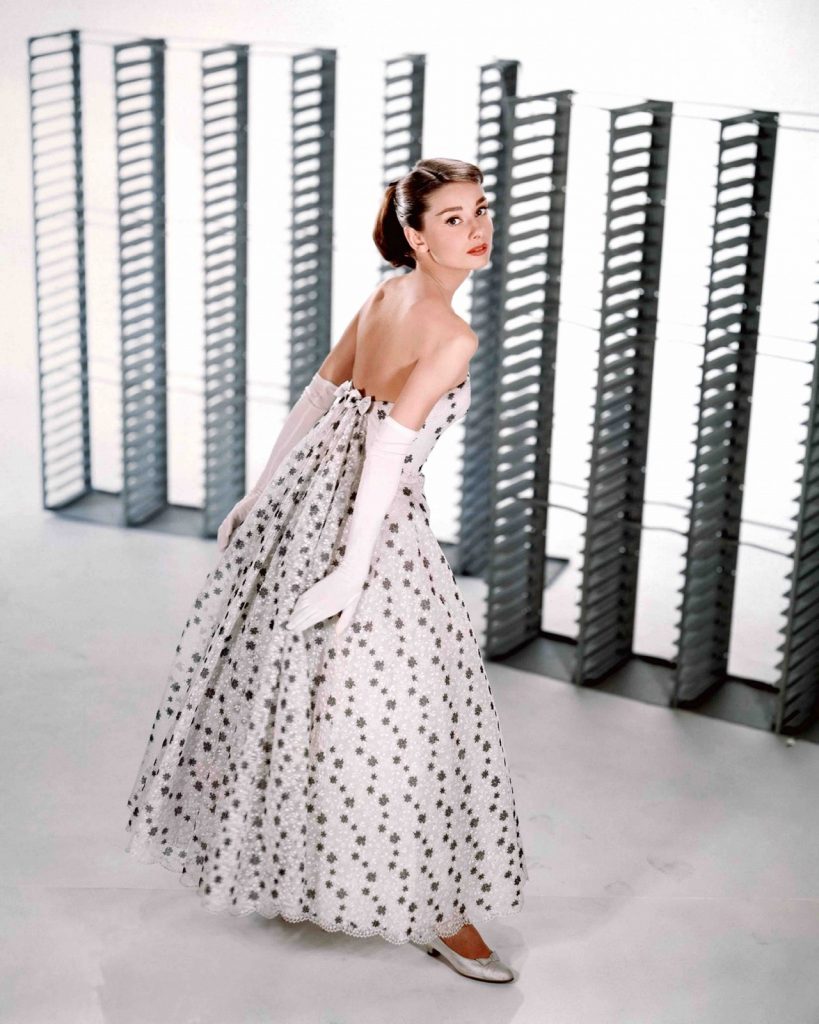 Hepburn in a spectacular Givenchy creation during a publicity still for Funny Face, 1957. Image courtesy of Getty Images

Hepburn told Vogue’s Paris-bureau chief Susan Train that prior to meeting Givenchy, she had “never even seen a haute couture dress, much less worn one”. She explained to him that she was in pre-production for the romantic comedy Sabrina, a film that would soon make her the world’s highest-paid actress, and that she wanted him to dress her for the role. Givenchy politely declined. After all, he was indisposed. She persisted and desperately begged him to let her try anything on, until he escorted her to his atelier on Rue Alfred de Vigny, where she browsed samples from the previous season’s collection.

It was here that she picked out a black cocktail dress, fashioned from a ribbed cotton piqué and fastened by a miniature bow at each shoulder. It featured deeply carved armholes and a razor-sharp, collarbone neckline. Givenchy had not shown the dress with a hat, but Hepburn scavenged a toque that perfectly suited her heart-shaped face. “I think Audrey had an eye almost from the beginning,” reveals Keogh, “in that she was able to figure out what ‘worked’ for her, and the discipline to not get beholden to current trends.” 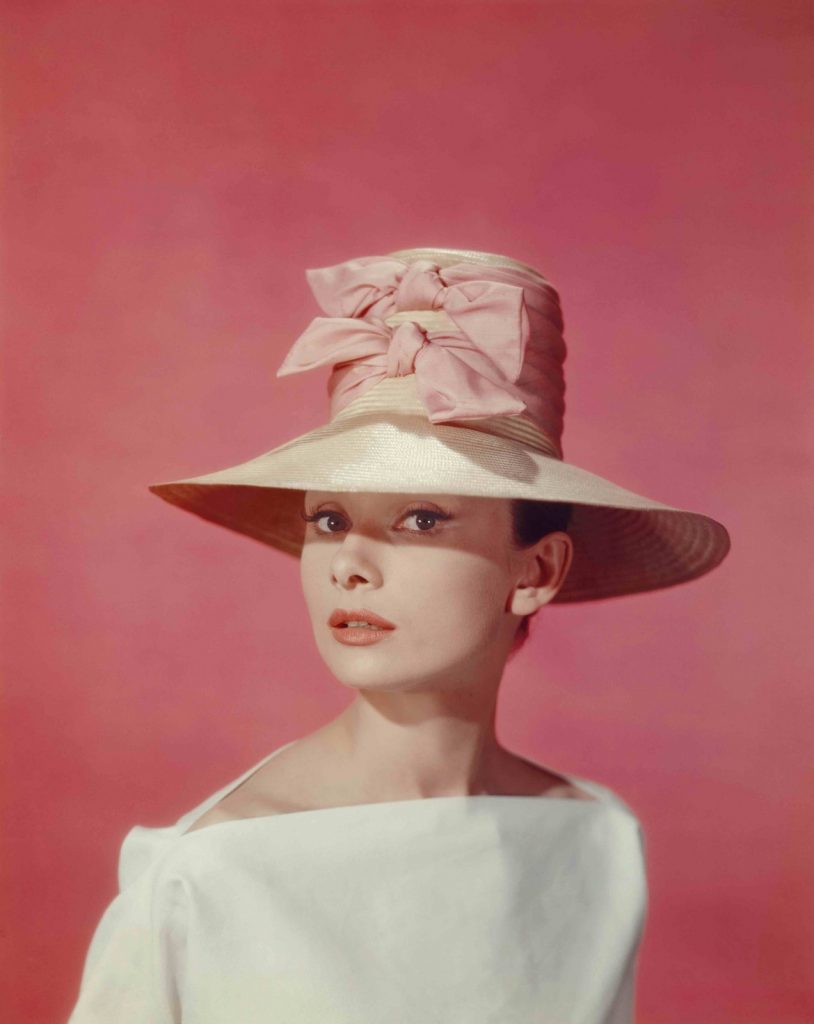 Hepburn was outfitted for life by the revered couturier, who designed her wardrobe for seven subsequent films. The doe-eyed gamine embraced her slender silhouette and avoided voluminous skirts, as well as provocative, figure-hugging ensembles worn by the likes of Marilyn Monroe and Jayne Mansfield. “She had the confidence to go against the prevailing style of the 1950s,” explains Keogh. “Audrey’s style was purely her own because she took elements of her own life.”

The results were long-term. “Her style is so well known today – and almost taken for granted – that something can be described as ‘very Audrey’, and we know exactly what someone is talking about.” Known to be ruthlessly self-critical despite being internationally beloved, Hepburn found in Givenchy a man who could make her feel self-assured. “One good friend of hers told me,” reveals Keogh of a young gentleman, “‘The Audrey you knew in real life was even cooler and more beautiful and more amazing than what you was on the screen, which was something!’”

Unspoiled by Hollywood, Hepburn was breathtakingly charismatic and graceful, yet boisterous and resolute; characteristics Givenchy was drawn to. “They remained close for the rest of their lives. Even now, I would say that Audrey was one of the great loves of Hubert’s life – and vice versa.” When Hepburn’s first son was born, Givenchy travelled to Switzerland to deliver a hand-embroidered christening gown; on her 60th birthday, he had 60 white rose bushes planted in her estate. He was the mediator of her will and a pallbearer at her funeral when she died in January 1993. “Audrey trusted Hubert,” concludes Keogh with a small smile, “and he trusted her.”