Widely accepted as one of the cornerstones of crime fiction, The Murder of Roger Ackroyd features one of the earlier appearances of Agatha Christie’s unyielding Belgian detective, Hercule Poirot.

One of Christie’s most famous and long-lived characters, Poirot is both eccentrically-refined and retired, having finally decided to relocate to the countryside to spend the rest of his days growing vegetable marrows. Unfortunately for the sleuth, who is never one to pass up a challenge, he is called upon to investigate the scandalous village murder of a well-known and wealthy resident whose untimely demise comes uncomfortably soon after the death of a widow he had been hoping to marry.

The Murder of Roger Ackroyd is narrated by Dr. James Sheppard, an unanimated physician who lives with his gossipmonger sister, Caroline, who is convinced that the aforementioned widow, Mrs. Ferrars, had taken her own life because of the unbearable guilt she felt about poisoning her husband a year prior. It quickly becomes apparent that Mrs. Ferrars had been blackmailed about the murder of her former spouse, and that Roger Ackroyd, moments before being stabbed through the neck where he sat in his study, had received a letter revealing crucial information regarding the “scoundrel”.

Known for its startling reveal, The Murder of Roger Ackroyd changed Agatha Christie’s career. It’s an exceptional tale of extortion, forbidden romance, and mystery. Taken straight from the golden age of English crime fiction, it was published in 1926 and has been voted the best whodunit novel ever written, according to a 2013 poll of 600 fellow writers from the Crime Writers’ Association (CWA). Christie, who died in 1976, wrote a total of 66 detective novels, and The Murder of Roger Ackroyd doesn’t disappoint with its clues and misdirections. 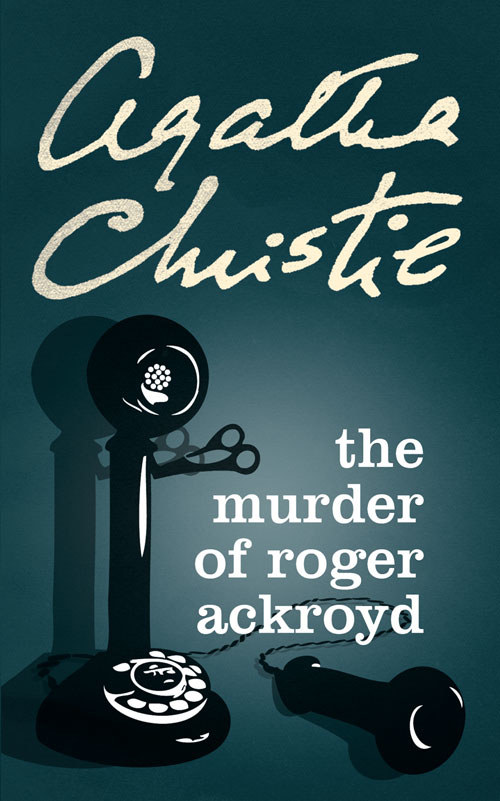 There’s the usual list of enigmatic suspects: the crooked butler, spurned housekeeper, down-and-out stepson and greedy sister-in-law, but murder is never simple, at least not in one of Christie’s masterpieces. Fortunately for the reader, blood-hound Poirot unravels several layers of unseemly secrets that both intentionally, as well as unintentionally, obscure the truth behind the crime.

290 pages later, and we’re left with only one credible, and extremely distressing, theory, as well as one of the most stupefying solutions in the history of detective fiction.

Christie utilises a surprisingly simple and straightforward narrative (it’s part of the author’s genius), which is coupled with simple plot twists that’ll leave you stupefied. It’s refreshing to read such a modest novel and if you’ve never read one of Christie’s works before, The Murder of Roger Ackroyd will make you a lifelong fan.