Just as Iran’s art scene began to take off, it was swiftly silenced by revolution. Only now, after years of war and regulation, is it flourishing once again.

Enthusiasm for Persian artwork quickly picked up after Christie’s held its first Dubai auction of Middle Eastern art in 2006, however the increase in interest only lasted a few years because of the 2008 global financial crisis. Mere months before the economic downturn, Christie’s Dubai auction sales peaked at an impressive AED 106 million, around the same time that Iranian sculptor Parviz Tanavoli set an unbroken world record for the most paid for artwork by any Middle Eastern artist. His creation, titled The Wall (Oh Persepolis), went under the hammer for an eye-watering AED 10 million in New York.

In 2010, sanctions against the country made sales even more difficult for Iranian artists, who were often unable to receive payments through international banks. Although these limitations were later lifted, President Donald Trump recently reapproved restrictions following ballistic missile testing in Tehran. Despite ongoing developments, prices for Persian artwork are rising and Art Dubai, which returns this month for its 11th edition, is capitalising on this increase in popularity with an indelible Iranian presence.

The annual art fair will host an unprecedented selection of Tehran-based galleries with the intention of shedding light on the burgeoning art scene that’s mushrooming in Iran. This year will mark Art Dubai’s first edition under its new director, Myrna Ayad. “It’s fantastic to be working with the team to drive forward what has always been the cultural powerhouse of the region,” she says. “Art Dubai continues to spearhead the cultural development of the local and region landscape, and in addition to the four days of the fair, Art Dubai is consistently present internationally, supporting and partnering with institutions, galleries and patrons.”

Shirin Gallery is one of 90 showrooms from over 40 countries that will participate in this year’s Art Dubai. Returning for a fourth time, the Tehran-based gallery will focus on modern Iranian masterpieces by artists such as Hadi Hazavei and Houshang Pezeshknia. Established in 2005, founder Shirin Partovi opened a second space in New York in 2013, which she’s dedicated to the promotion of emerging and established Persian artists. “I would consider Iranian art largely contemporary,” she tells MOJEH, “but no matter what, there is always an obvious influence to Iran’s roots and traditions, as well as our culture. It’s somehow implied in an artist’s work, whether it’s the political situation, or the economy, or the culture.” 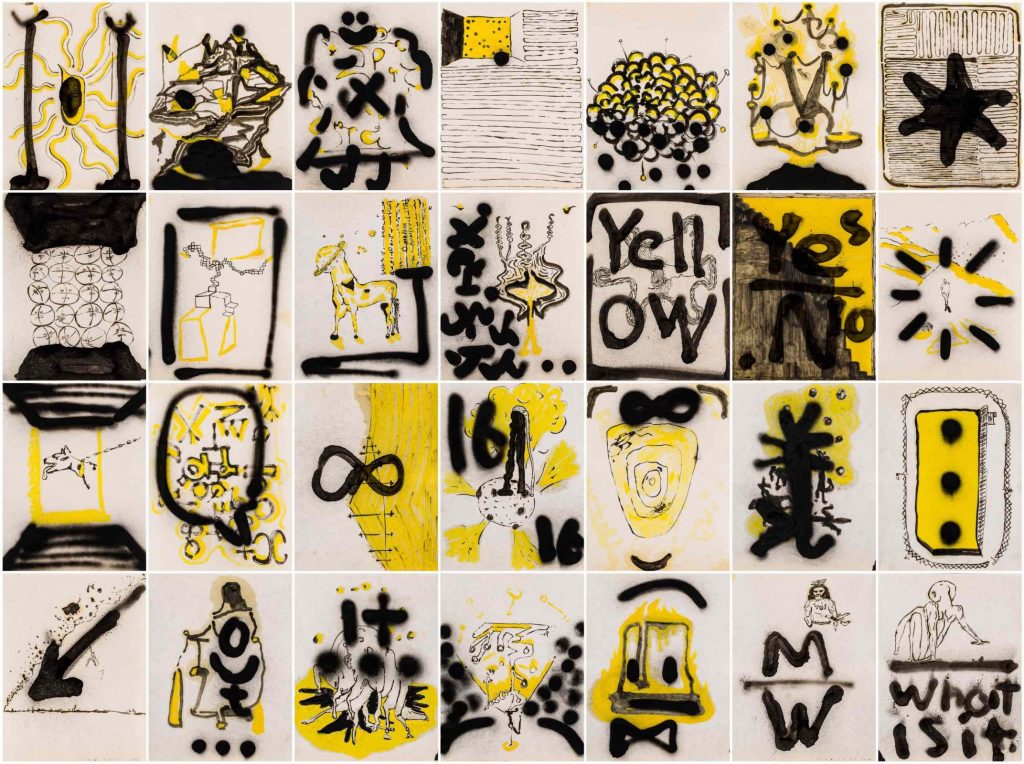 A common denominator Iranian artists share is a fierce pride in their homeland’s rich heritage and history, as well as its contemporary practices. Looking to the past as a means of understanding the present is particularly evident at Dastan’s Basement, which was established by Hormoz Hematian in 2012. “We didn’t call the space a gallery, we called it a basement, because back then we were located in an actual basement,” he laughs. The gallery has since extended the boundaries of the original ‘basement’, and now operates in a larger space, which showcases pieces by up-and-coming artists, as well as established Iranian masters. “I have a very strong connection to my culture,” reveals Hematian, “not unlike the majority of Iranians. Art is heavily influenced, in my opinion, by our local literature and architecture.

“Emerging artists in Iran are more interested in contemporary and modern artwork,” he asserts. “Here in Tehran, we have three different types of audiences: there are the old time collectors; the younger generation of collectors who often support emerging artists; and then there’s the general public who are becoming larger and larger.”

Partovi’s New York space is committed to exhibiting works that push the boundaries of contemporary art, as well as international perceptions of the Middle East. “It’s different working in Iran [compared to the States] because the local collectors support the region’s art scene. People are familiar with the type of art we’re exhibiting; it’s a bigger struggle in New York. That being said, we have a lot of interest in America, especially at art fairs. Strange enough, we have mostly sold to non-Iranians in the States.”

Demand in Iranian creations reflects the global trend and rising interest in modern artwork, says Partovi. “Iranian galleries are wanting to become more international. They are trying to expose themselves, a lot of galleries are trying to reach international standards and when you look at the type of art that was emerging from Iran 10 years ago, it’s very much changed. Artists have become more conceptual.” That being said, Persian artwork is heavily influenced by the country’s past, she adds, in both a metaphorical and practical sense.

“Only recently, in the last decade, has Persian art become international. It hadn’t been for a long time and suddenly we’re seeing an increased number of galleries opening up in Tehran. There was a halt for around 20 years – not to say that Iran never had an active art scene; it did, but it wasn’t exposed as much as it is today.” Hematian agrees: “There was exceptional growth in Iran but then we had the war, which prevented the building of infrastructure. It’s been slowly building up. We have some ways to go, but we’re definitely on the right track.” Despite advancement, Hematian argues it’s important to reconnect with the past. “Individuals in Iran will benefit from their heritage and the country’s past very much.” 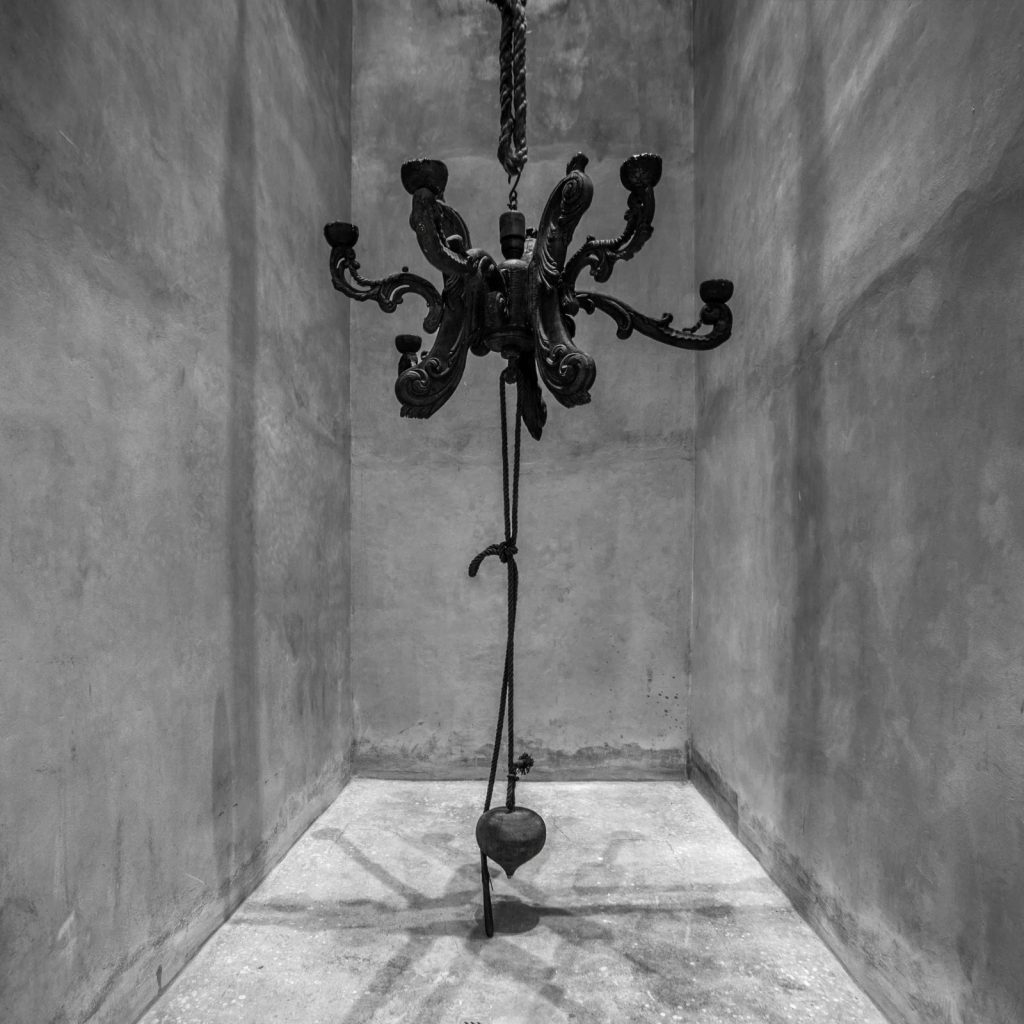 While at Art Dubai, Dastan’s Basement will showcase artifacts and objects from Iranian artist Fereydoun Ave’s private collection, alongside works by artists Sadra Baniasadi, Habib Farajabadi and Nariman Farokhi, all of whom are represented by the gallery. Their brilliance and unique ability, argues Hematian, comes from Iran. “The culture of the country of which they’re representatives of is rich with many, many years of history. Our country is very diverse, despite it not being a large country, and there are many different types of people living here.”

It seems appropriate, then, that their wares be exhibited at Art Dubai, which acts as a gateway to the international art world and is the preeminent space to discover works from across the Middle East, Africa and South Asia. It’s a creative hub brimming with the best emerging talent and budding galleries from across the globe. “Art Dubai has provided us with the opportunity to showcase Iranian art in the Middle Eastern region and beyond,” gushes Hematian. “Art Dubai is an great opportunity for new galleries in the region to showcase their works to the world.” This is made all the more rewarding, he asserts, thanks to the Middle East’s unity when it comes to exceptional artwork.

“This region isn’t separated country by country. The region itself has a lot to offer and I think, generally speaking, that the Middle East is interested in artwork from across the entire region, not just one area, and Iranians are a big part of that.” Partovi and Hematian have noticed a significant increase in the number of Iranian galleries on display at Art Dubai, as well as the United Arab Emirates in general. This is something that the latter is exceptionally proud of. “I think one of the highest achievements of a country is manifested in its art. It shows a certain level of quality, as well as a certain level of civilisation. I also think that in the times we live in, when things around the world are changing so quickly and vastly, art can actually offer some sort of relief. It’s a very important time for art.” Iranian art, it seems, in particular.

Before She Was Immortal