With the global economy affected by the pandemic, and interest rates low, could buying a collectable item such as a vintage car, watch, or comic book be a worthwhile investment?

Making your money grow has never seemed more difficult, with interest rates low globally as a result of the pandemic. Traditional investments, such as the stock market, are unpredictable too, so could now be the time to look to the collector’s market, where items such as watches, classic cars, art, signed memorabilia, and even comic books, seem to be breaking records at auction? This requires a different mindset to other forms of investing, where a passion for the item in question is advised.

“I think it’s important for what you’re buying to resonate with you,” Edward Gibbs, chairman for Sotheby’s Middle East and India, explains. This is a view shared by Andreas Arampatzis, CEO of The Collectors Circle, established in Zurich, Switzerland, in 2018 to source valuable items for its clients, particularly cars and watches. “The collectibles market has gained significance during the pandemic, with certain items showing impressive appreciation,” he says. “A Ferrari 250 GT SWB or a Patek Philippe 2499 are unlikely to lose value, making them good investments.”

Similarly, you could look to sports collectibles or comic books. Craig McKelvie, founder and CEO of The Bootroom Collection in Dubai, launched in 2018, stresses the importance of authenticity, while Vincent Zurzolo, based in New York, is the world’s largest dealer of vintage comic books through his online store, Metropolis Comics, and his auction site, ComicConnect. We asked them all for their advice. 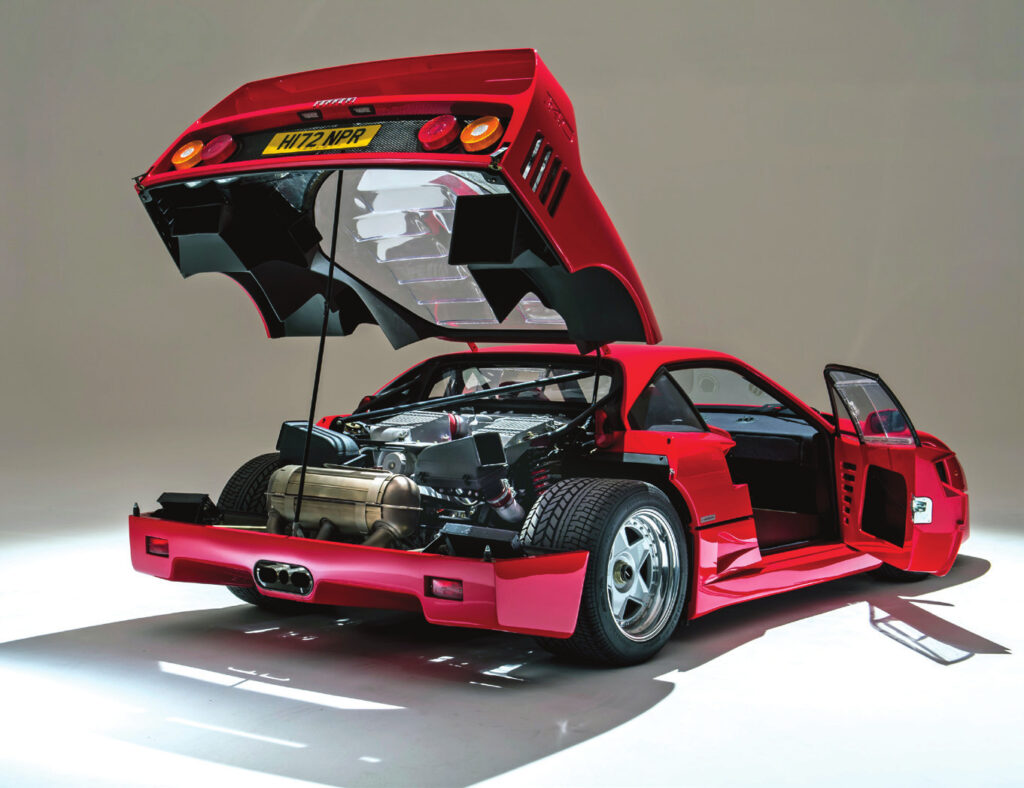 The Ferrari F40 is very desirable among collectors

Cars are a passion of Andreas Arampatzis, CEO of The Collectors Circle. “They are the ultimate boys’ toy,” he says. “In our experience, the perfect collectable car will be rare and hard to find, there will be some kind of personal or emotional connection with the buyer, and it will be part of a rich brand history. The longer a manufacturer has delivered on quality, performance and design, the better the story.” In 2019, RM Sotheby’s, the car auction specialists, held a sale of rare vehicles in Abu Dhabi at the Yas Marina Circuit to tie in with the Formula 1. Among the highlights was a one-off 2017 Pagani Zonda Aether hypercar, sold for US$6.8 million (Dhs25 million); a limited-edition Ferrari FXX K, sold for US$4.3 million (Dhs15.7 million); and a 1956 Mercedes-Benz 300SL Gullwing, sold for US$1.5 million (Dhs5.8 million). But for Arampatzis, there is no contest when it comes to his favourite collectable car. “The Ferrari F40, limited to only 1,315 vehicles, and released in 1987 to celebrate the brand’s 40th anniversary,” he says. “It was also the last car to be personally approved by Enzo Ferrari.” Not a bad choice for an investment. An example from 1992 was sold last summer in an RM Sotheby’s auction for US$1.38 million (Dhs5.1 million). 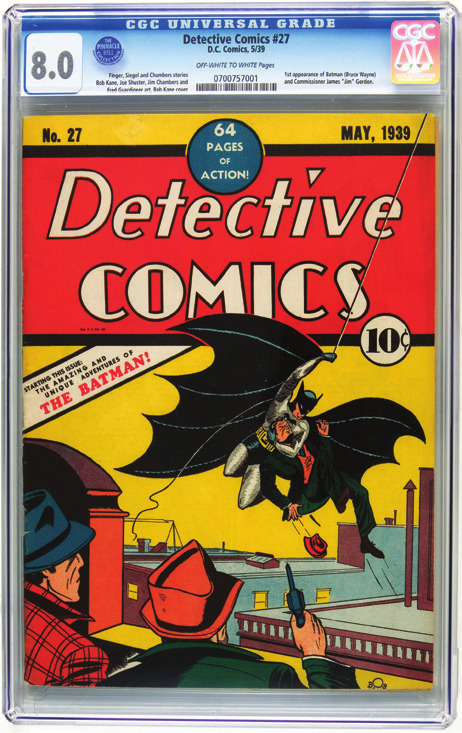 Modern popular culture is full of characters that originated in comic books, particularly movies and TV. Whenever a live-action version of a superhero or storyline is announced, the comic-book first appearances and related issues tend to rise in value and make for great collectibles. But for Vincent Zurzolo, owner of Metropolis Comics and ComicConnect, where you source your comics is also important. “You need to have that trust,” he says. “Use online price guides and resources, and view auction sites as a way to find items, but also to get a feel for the value and demand by competing with others.” Stores to explore in Dubai include Comic Stop, Speedy Comics, Geek Nation and Comicave. But whether comics are old or new, always be aware of the condition. Many collectors prefer their issues to be graded by an independent party, such as the Certified Guaranty Company (CGC), which provides a clear plastic frame, with a bar at the top and a number that rates the condition out of 10. So what might be good to invest in? Not everybody can stretch to the first appearance of Batman in 1939’s Detective Comics No 27, sold at auction in November for US$1.5 million (Dhs5.5 million), but you can find the debuts of Moon Knight, She-Hulk and Ms Marvel – who each have a Marvel TV series in the works – at more reasonable prices. 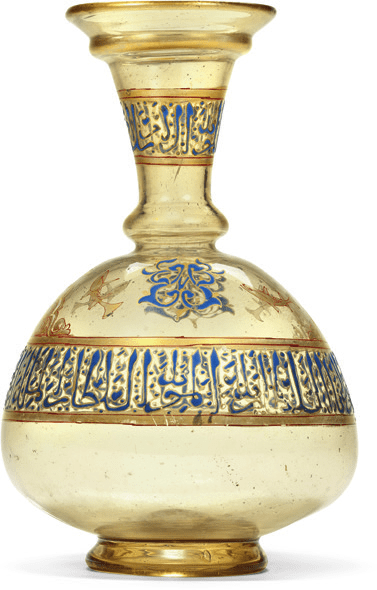 Sotheby’s is not only a good place to source art but to view it, with Botticelli and Rembrandt masterpieces on display at its premises in DIFC recently before heading off to auction. Paintings such as these – or the Francis Bacon three-part Triptych Inspired by the Oresteia of Aeschylus, which attracted a bid for US$70 million (Dhs257 million) on the Sotheby’s website last summer – are not for every buyer, but many others are. “The key criteria is quality, provenance and rarity,” Edward Gibbs, chairman for Sotheby’s Middle East and India, explains. “Certain areas of art history, overlooked in the past, are now being re-evaluated, which means that work by female artists, including many from the Middle East, such as Monir Farmanfarmaian and Fahrelnissa Zeid, are starting to earn more attention. There has been recent excitement for black figurative paintings by young African diaspora artists too, and this could stir a greater interest in art from the continent.” Gibbs has also spotted a growing interest globally for items from the Middle East, as seen in an auction held last October. “We had a rare Mamluk carpet from Egypt in the 15th or 16th century, which sold for US$2.5 million (Dhs9.4 million),” he says. “And there was a gem-set and enamelled gold flask from the Mughal period, with over 600 emeralds, bought for US$1.3 million (Dhs4.9 million).”

The Sultanate of Oman’s Rolex

To understand investing in watches, the expert to ask Frederic Watrelot, senior watch specialist for Sotheby’s, based in Dubai. “Look for something unique, or produced in very small numbers,” he says. “Provenance plays a key role too, so a watch that once belonged to royalty or a celebrity can add a lot to the intrinsic value and desirability.” His comments are a reminder of events like the Only Watch charity auction, held annually in Geneva, where the major brands each present a one-off model, usually fetching huge sums. And last December, a Rolex Daytona owned by actor Paul Newman fetched US$5.4 million (Dhs20.1 million) at an auction in New York. Watrelot cites Rolex, Patek Philippe and Audemars Piguet as brands with a rich history, always in demand, that hold their value well. “Collectors also favour independent brands, such as FP Journe and MB&F, who deliver an original aesthetic and a freshness to the market, with an extremely limited production,” he says. Sotheby’s has held dedicated watch auctions in Dubai, featuring rare, vintage and modern timepieces, with Greubel Forsey, Rolex and Patek Philippe among the names. “Rolex has its iconic sports models, such as the Submariner and the Daytona, which are popular new or old, and Patek Philippe has the Nautilus and the Aquanaut, which often double their retail value at auction,” Watrelot adds. 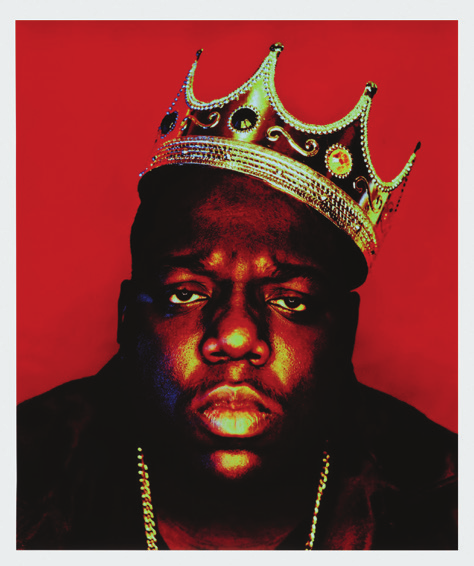 There are other collectibles that could be listed here as worthwhile investment options, such as movie props, coins, stamps and baseball cards, but sports and music items, it seems, deserve a special mention currently. “We only recently started to look at these categories, and they have performed beyond expectation,” says Sotheby’s Middle East and India chairman Edward Gibbs. “Last June, we offered a pair of game-worn Air Jordan 1 sneakers, signed by Michael Jordan, in a single-lot sale, and they sold for US$560,000 (Dhs2.1 million). “Then a month later, we held our first-ever hip-hop auction, which achieved US$2 million (Dhs7.3 million). A highlight was the crown worn by the Notorious BIG, from his iconic 1997 ‘King of New York’ photo shoot, shortly before his death. It was signed by him too, and fetched US$600,000 (Dhs2.2 million).” For Craig McKelvie, the fact that he was able to launch his business, the Bootroom Collection in Dubai, proves the popularity of sports collectibles. “The legends who are no longer with us command a huge price for a signed piece of their history,” he says. “We sold a boxing glove signed by Muhammad Ali a while back. These pieces can only increase in value, as they are limited. Match-worn items from the likes of Messi or Ronaldo fetch high prices too, as they are one-offs and can’t be replicated.”

How Hublot Mastered The Art Of Celebrity Collaborations