Sneaker culture has made me decidedly averse to feminine shoes, says Hafsa Lodi

“High heel sales dropped 71 per cent in 2020 – will we ever go back?” I have to admit that I felt elated seeing this headline last month. Trainers have been stealthily climbing the ranks of fashion-forward footwear over the past decade, but perhaps it took a global pandemic to finally cement comfort as a driving force of fashion. Once upon a time, my daily footwear was comprised of pretty ballerina flats, strappy sandals and a handful of high heels. The most comfortable of the bunch were granny-style sock-pumps, block heels and gladiator sandals. Most of these have since been given to charity, to make space for clunkier shoes, mainly with cushioned rubber soles and sporty logos on the sides. Whether they’re Nike Air Force Ones, Puma Kyron Fashion Rebels or floral-spattered Gucci Aces, trainers now easily dominate my shoe collection.

My other styles – sleek backless loafers, chic lace-up ballerinas and pearl-studded slides – rarely get a second glance. Even when an occasion calls for more feminine, formal or ‘professional’ footwear, I’m finding myself recoiling from these comparatively uncomfortable options, instead turning to the trainers that will match my outfit. Make no mistake, I’m not overly athletic, nor would I define my aesthetic as ‘tomboy’. Though I wear streetwear and athleisure from time to time, my clothing is overwhelmingly flouncy and pastel-toned, with floral midi-dresses and frilly peasant collars galore. Still, trainers are my fallback footwear – whether I’m headed to brunch or to an important meeting or interview, my outfit from the ankle up is fairly feminine, topped off with sporty trainers. 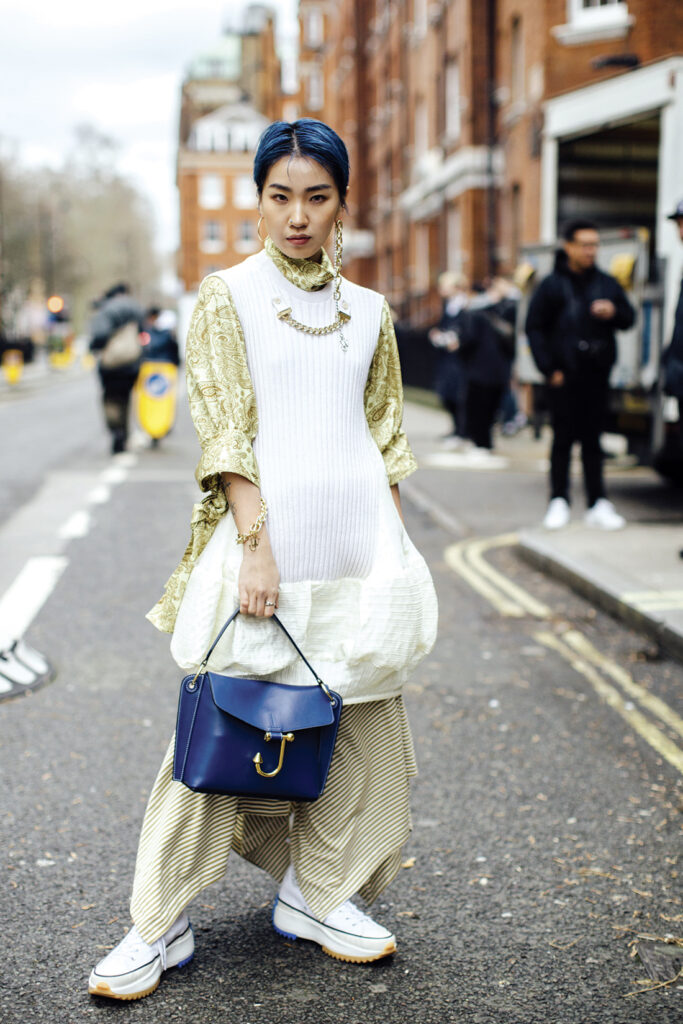 A fascination for trainers, dubbed ‘sneaker culture’, has gained further traction, even in fashion circles. For street style stars and fashion’s FROW during international Fashion Weeks, trainers are a staple

Believe it or not, trainers were the footwear of choice for Dubai-based photographer and digital creative Tamila Kochkarova on her wedding day, where the dress code for all – including bride and groom – listed trainers. A self-proclaimed sneakerhead, Tamila recently launched No Boys Allowed, a digital platform highlighting female sneakerheads in and from the Arab world. She explains that the popularity of sporty shoes is rising among women, even in the Middle East, a region where glitz and glamour thrive. “In the past few years, it’s definitely turned into a trend. We’ve been seeing a lot more women who were typically into big Louboutin heels and fancy dresses, wear sneakers with those same dresses as fashion statement,” she says. “But sneaker culture is more than just a fashion statement, it’s a lifestyle.” 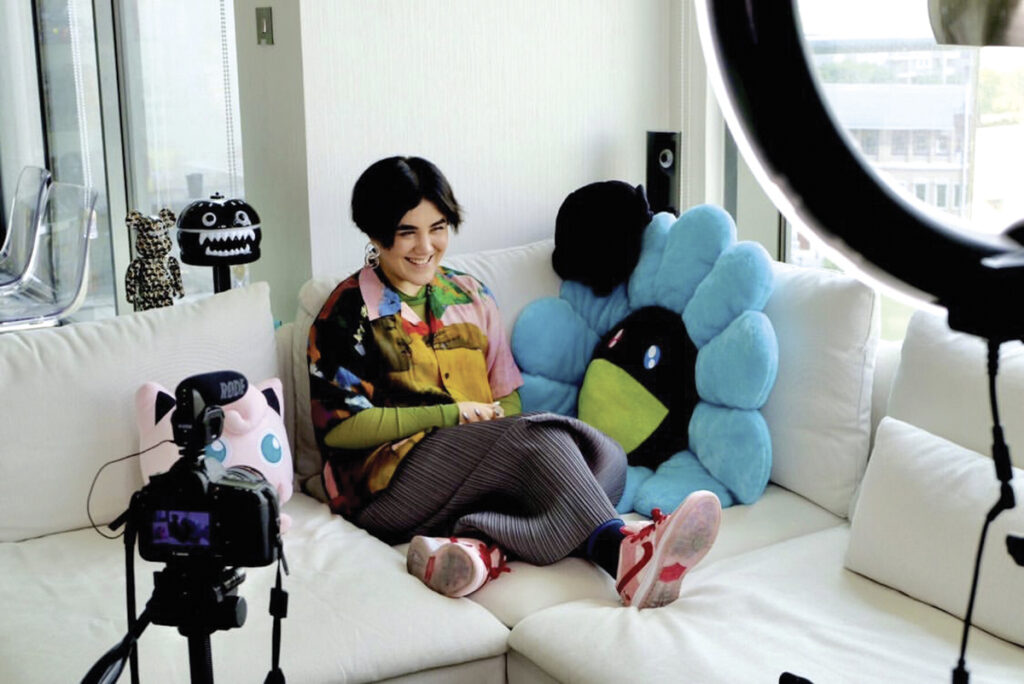 Photographer Tamila Kochkarova created No Boys Allowed, a platform for female sneakerheads in and from the region.

Historically, fashion has adapted to suit changing lifestyles, and the popularisation of trainers in womenswear can certainly be credited to the active roles of contemporary women on the go. Movers and shakers, mothers and multitaskers, females are reclaiming comfort and practicality rather than conforming to societally ingrained standards of women’s fashion. The evolution of womenswear – footwear included – is inextricably linked to societal shifts, from the entry of women into the workforce to increasing feminist movements and mobilisations. In the West, after centuries of overtly feminine fashions, womenswear took a decidedly utilitarian turn during the First World War, when many women took up jobs left open by men joining the military. Practicality and tailoring replaced torturous corsets and superfluous layers, and many women had also begun riding in and even driving, automobiles. During the Second World War, women began wearing trousers and re-fashioned men’s suits. Trainers entered the market in the ’50s, and while they were originally manufactured for fitness, they quickly came to represent a style rebellion of sorts when worn outside of sport – a sartorial stereotype from which females still haven’t been able to completely break free. Nonetheless, sneaker culture has gained further traction, even in fashion circles. 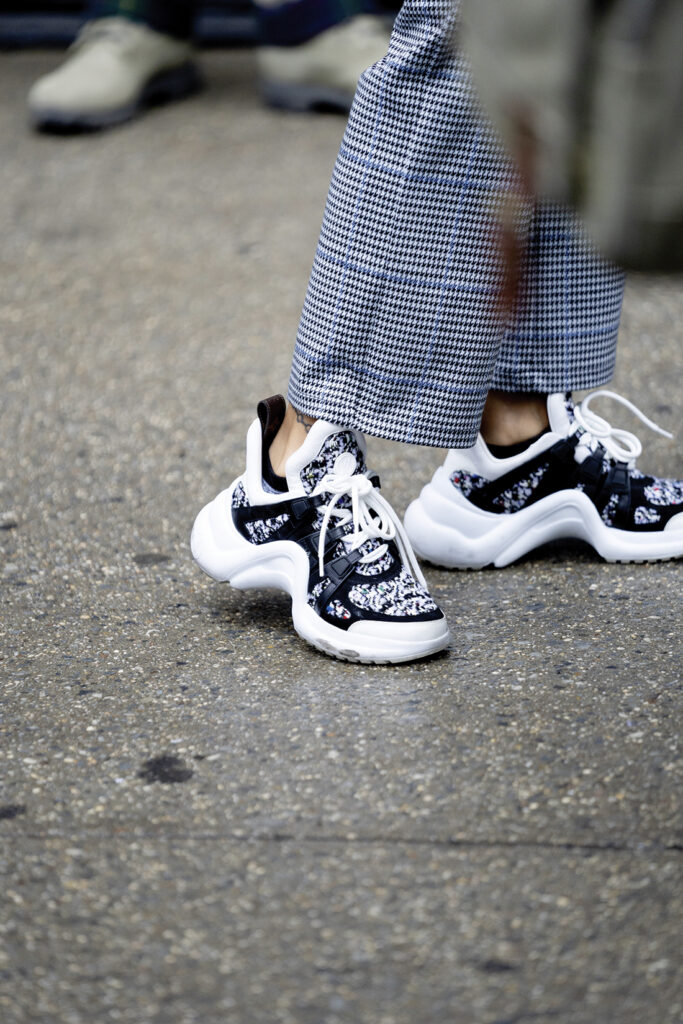 Projects such as 2005 documentary Just for Kicks and The Rise of Sneaker Culture exhibition at Brooklyn Museum in 2015 traced the depth of this style movement, which hasn’t escaped the notice of the luxury fashion industry. In the ’80s, Gucci became the first luxury designer to create a rendition of the popular tennis shoe that had become a staple for fashion – not just fitness – when Nike started producing its popular, colourful styles. And when Nike launched its much-coveted Air Jordan style in 1984, it instigated a cult following of sneakerheads. Today, rare, limited-edition and celebrity-endorsed trainers make for highly coveted luxury footwear. Shoes from the celebrated 2020 Christian Dior x Nike Air Jordan collaboration, for instance, which were originally priced at around Dhs8,000, can now cost upwards of 10 times that amount. It’s this high-end nod of approval from the luxury sector that has helped make societal perceptions of trainers more favourable, normalising sporty shoes as a splurge-worthy investment akin to designer stilettos. From Chanel and Givenchy to Balenciaga and Louis Vuitton, fashion houses have all started producing high-end sneakers stamped with their logos. 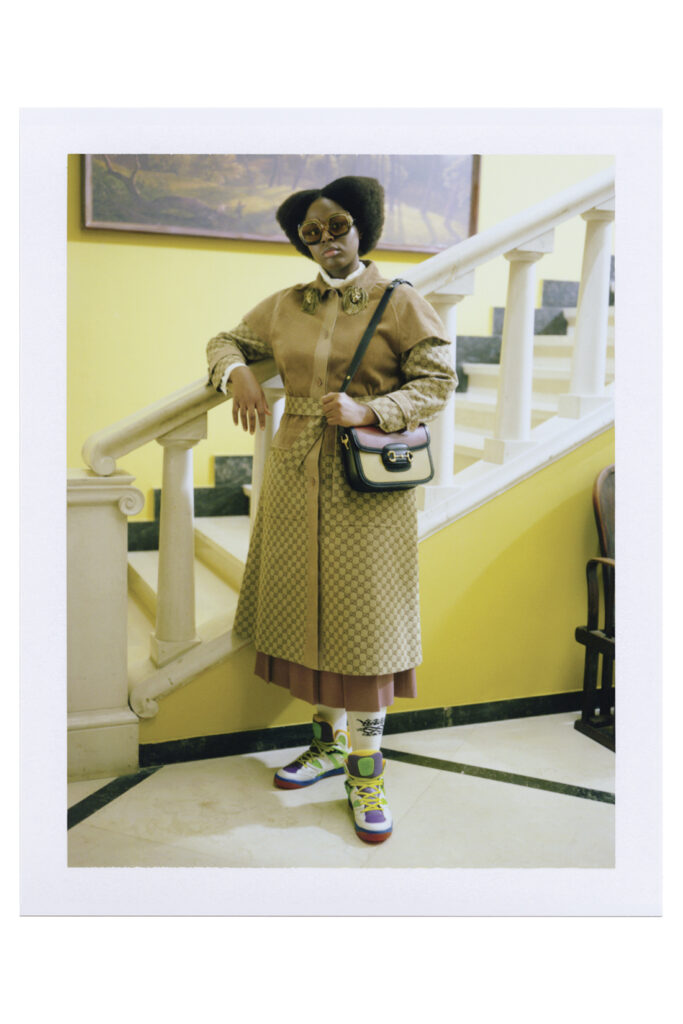 In the ’80s, Gucci became the first luxury designer to create a rendition of the popular tennis shoe that had become a staple for fashion. The trainer still features heavily in today’s collections, including Gucci’s SS21 offering

“In the blink of an eye, trainers became a part of the luxury lifestyle,” says Alyona Kliuianova, a certified style therapist in Dubai who goes by the moniker, ‘wardrobe doctor’ on social media. “It’s hard to deny it – they are the most comfortable footwear and I couldn’t be happier to live during a time when sport and fashion are inseparable.” Despite her enthusiasm for trainers being deemed trendy, the stylist believes that there are still important guidelines to abide by when dressing – including the fact that trainers don’t always make acceptable footwear. “Heels are essential,” Kliuianova says, for dress codes that are firmly black tie, which, for women, implies gowns and heels. ‘Business best’ events – namely formal receptions and conferences – also require small heels, she explains. “Wearing trainers to a black tie event is the same as wearing an evening gown to Burger King – it feels wrong, uncomfortable, awkward and out of place.” Though some might deem these style rules to be restrictive, perhaps even sexist, Kliuianova believes the opposite. “Although there are rules in dress codes, there’s still a huge space for creativity and showing your individuality,” she says. “Even being a sneaker fan, I think it’s only normal to have a certain arsenal of shoes in your wardrobe – it allows us to be more flexible and versatile.” 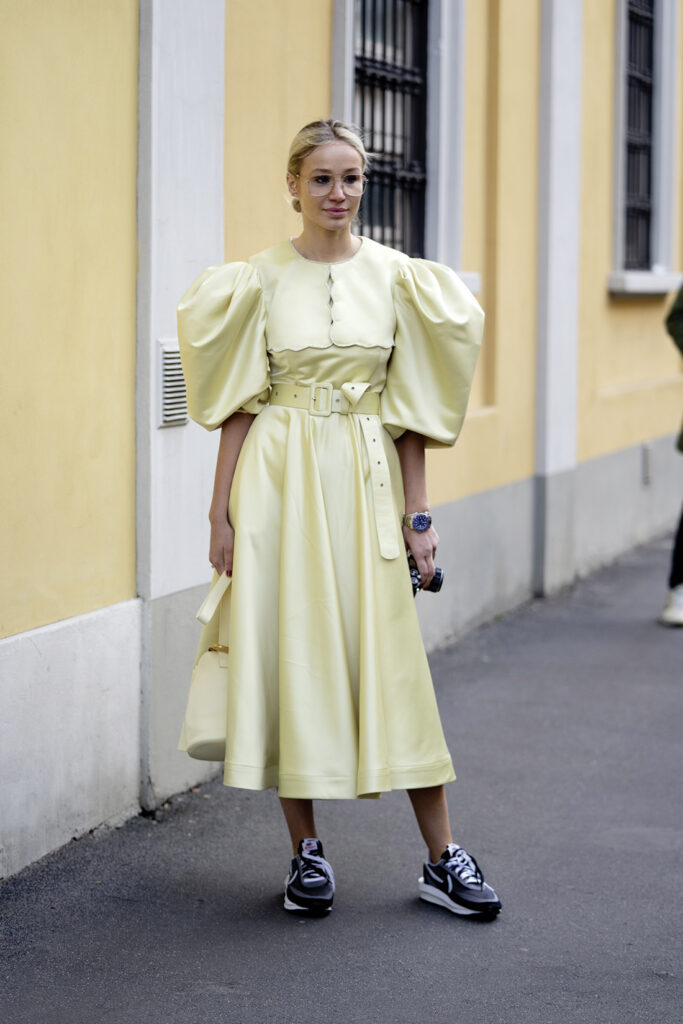 In many parts of the world, however, black tie events, banquets, galas and large weddings have come to a halt to help curb the spread of Covid-19, perhaps limiting women’s need for high heels and aesthetically attractive footwear for now. Tamila believes the pandemic may have played a part in boosting the popularity of sporty shoes, explaining that in the thick of lockdowns and curfews, many women left the house only for quick errands and grocery shopping. “That’s what we do nowadays – run from one errand to another – and you can’t wear heels to the grocery store. What do you expect us to wear? We’re going to wear sneakers. These days we want comfort above all else.” Still, says Tamila, double standards remain in place when it comes to the socially acceptable style rules for men and women. “The main example is weddings. If you go to a wedding and see a guy wearing a pair of sneakers with a suit, it wouldn’t be anything that anyone would feel the need to comment on – it’s a normal sight. But if there’s a girl wearing sneakers at a wedding, it’s as if she’s making a bold statement with a ‘very brave choice of footwear’, when in reality, both parties are just trying to be comfortable. There shouldn’t be anything more to it.” 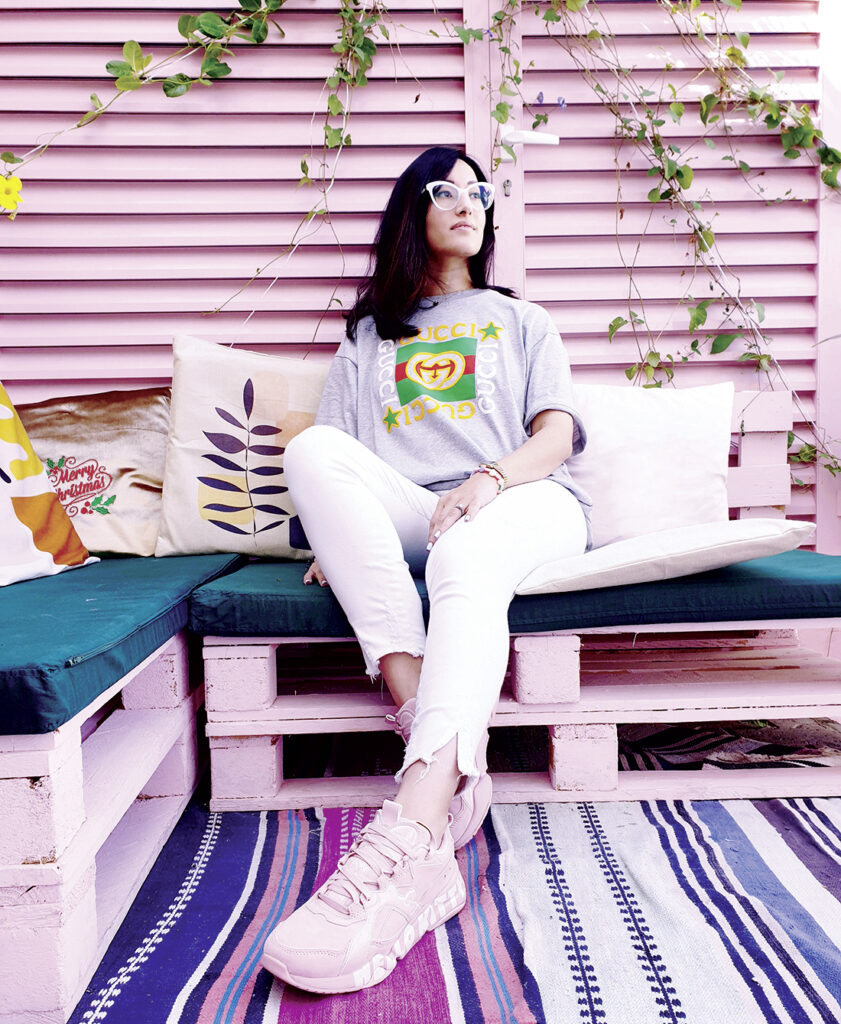 The problem, it seems, is with deeply rooted, at times sexist societal beliefs, rather than with the fashion industry itself. After all, responding to the demand for comfort and practicality, designers are diversifying their offerings, while at the same time expanding their target audience, often appealing to younger, millennial consumers, like myself. While I wouldn’t be caught dead attempting to teeter-totter about in Charlotte Olympia’s distinctive platform high heels, I’m happy in pink and gold-trimmed trainers from the brand’s collaboration with Puma as my go-to shoes. 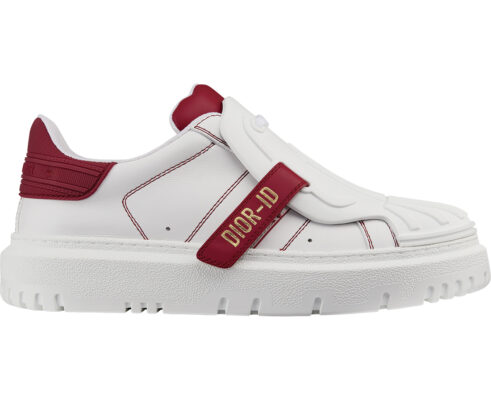 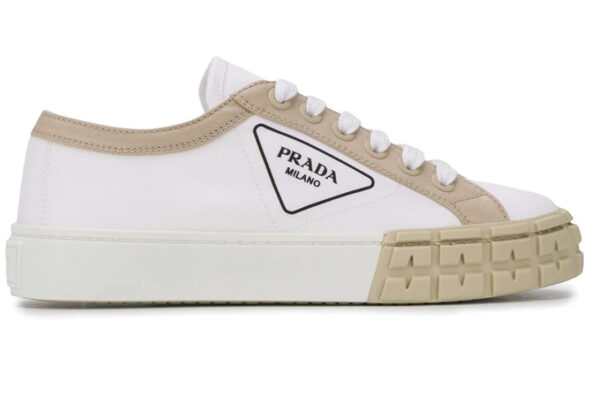 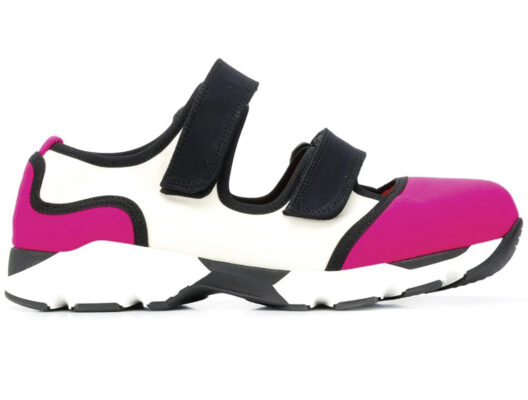 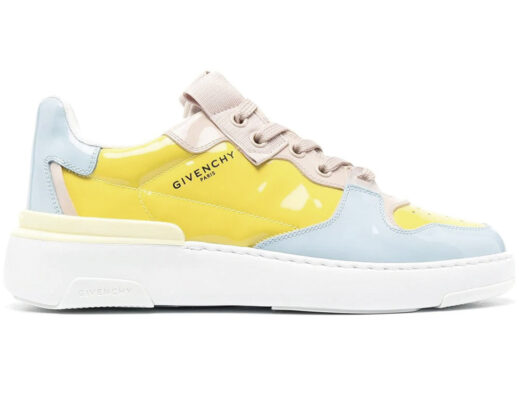