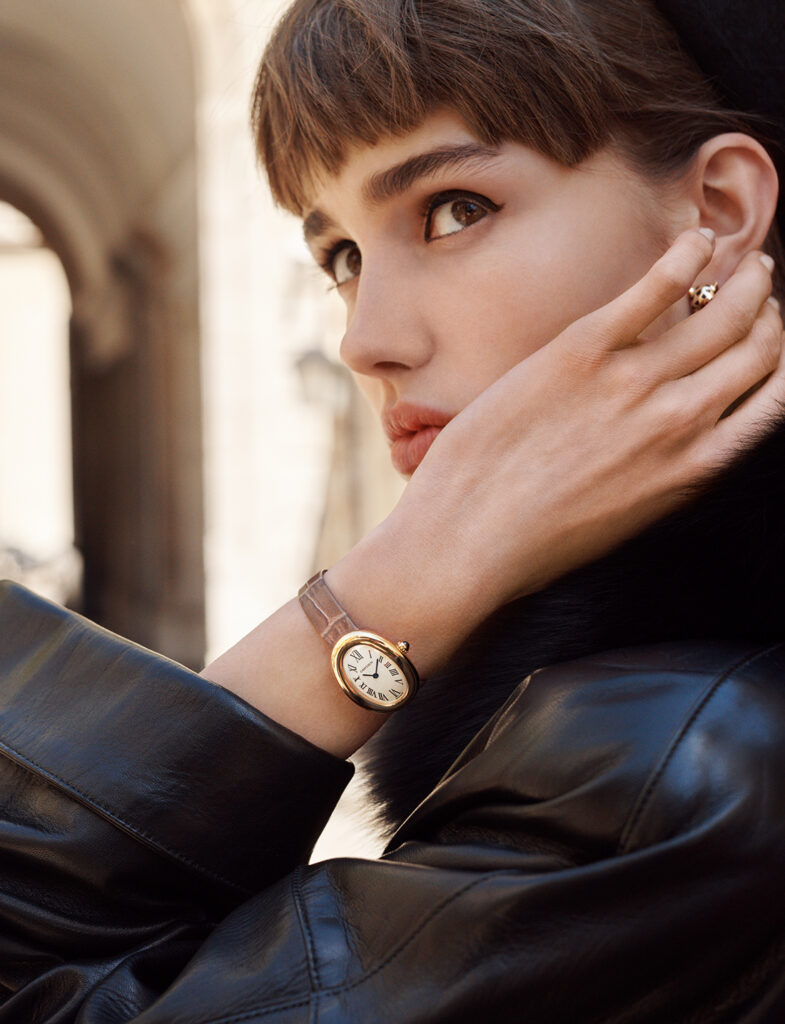 The vintage watch market is flourishing with collectable old-fashioned watches rising in price by around five per cent each year.

Those made in the ‘50s and ‘60s during the golden age of exploration and motorsports can command big prices on the second hand market. Military and pilot chronographs of this era, known as tool watches, are especially sought after given how important they were as navigational and timing devices that could withstand the elements as well as the perilous knocks of an F1 race.

Timepieces and brands to keep note of are Tag Heuer’s Monaco and Carrera, Omega’s Speedmaster, Railmaster and Seamaster, Breitling’s Nativimer, and pretty much every classic model by Rolex. 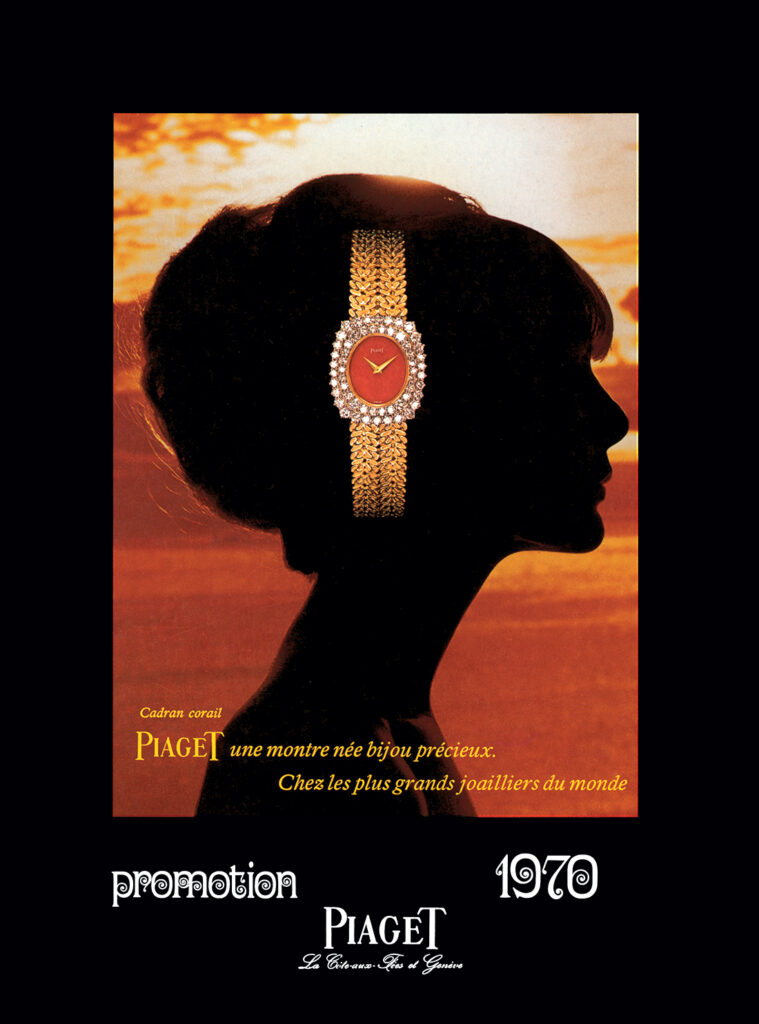 But of course, original tool watches from these decades can be very high value, especially if they come with authentic paperwork, so it’s worth noting that second and third ‘generation’ issues of these specific models are also highly prized in the world of collecting.

You must, however, do your due diligence and look out for interesting limited editions and of course purchase from a reliable seller such as Watchfinder which is owned by luxury conglomerate Richemont, or a notable auction house. This is paramount given the number of counterfeits and reconstituted watches that pervade the pre-owned domain. 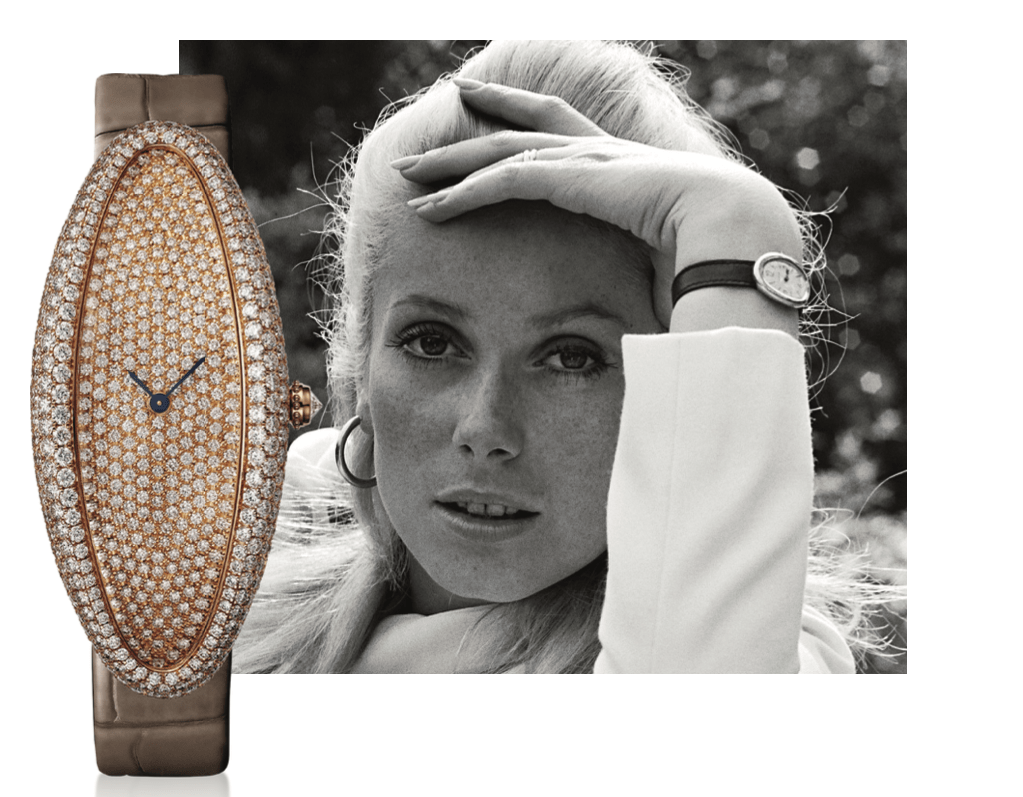 There’s provenance to think about too when you are exploring the vintage watch market. Models beloved by the glitterati from Hollywood stars to sporting heroes, from the 1950s to the mid 70s especially, are invariably very collectible even if they are considered an offshoot of the original design.

And of course, the highest bid inevitably goes to the bona fide timepieces actually worn by the stars. A famous case in point is Paul Newman’s Rolex Cosmograph Daytona which sold at Phillips auction house in New York for a cool $17.8 million in 2017. 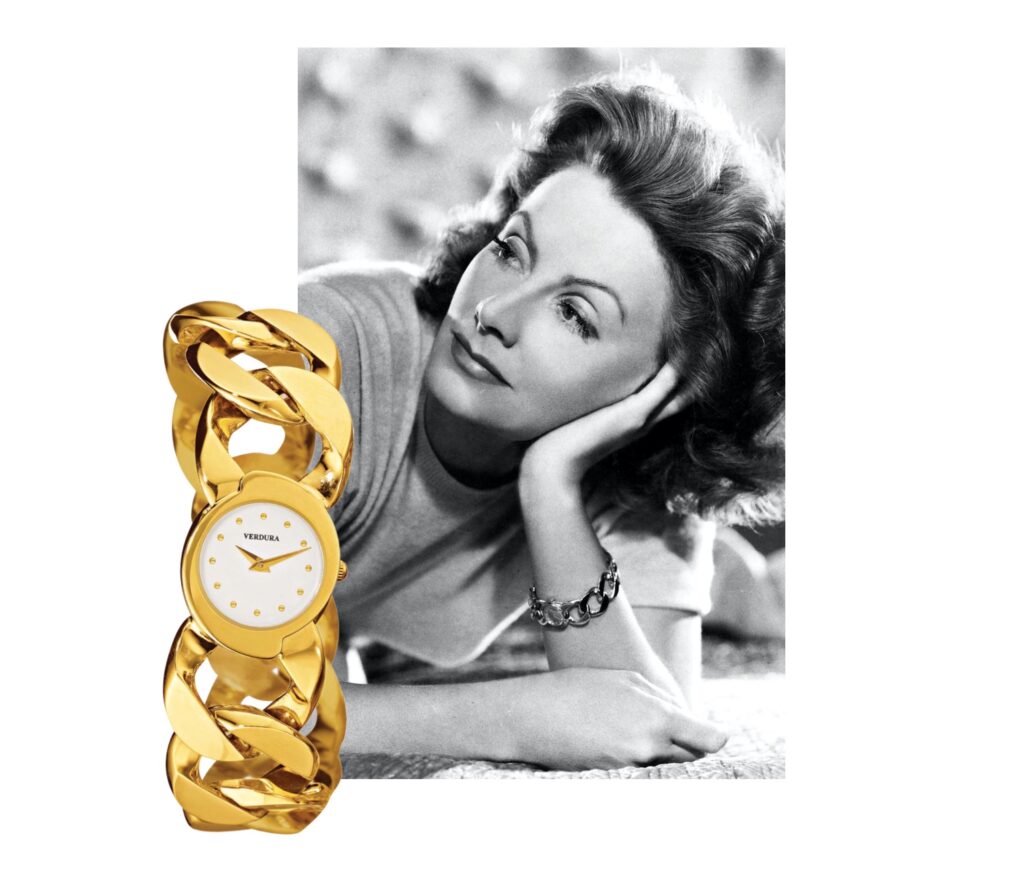 The wristwatch has undoubtedly become a statement item for the modern man, but, believe it or not, it was women who first made the statement. Dating all the way back to the 16th century, wristwatches were seen as a feminine pursuit.

While men proudly sported pocket watches, it was women who were the first to wear watches on their wrists, primarily in the form of jewellery. Jewellery watches and classic dress watches from the late 1960s and 1970s are popular choices right now, though new collectors would do well to stick to timeless classics if they are looking for a staple heirloom piece. 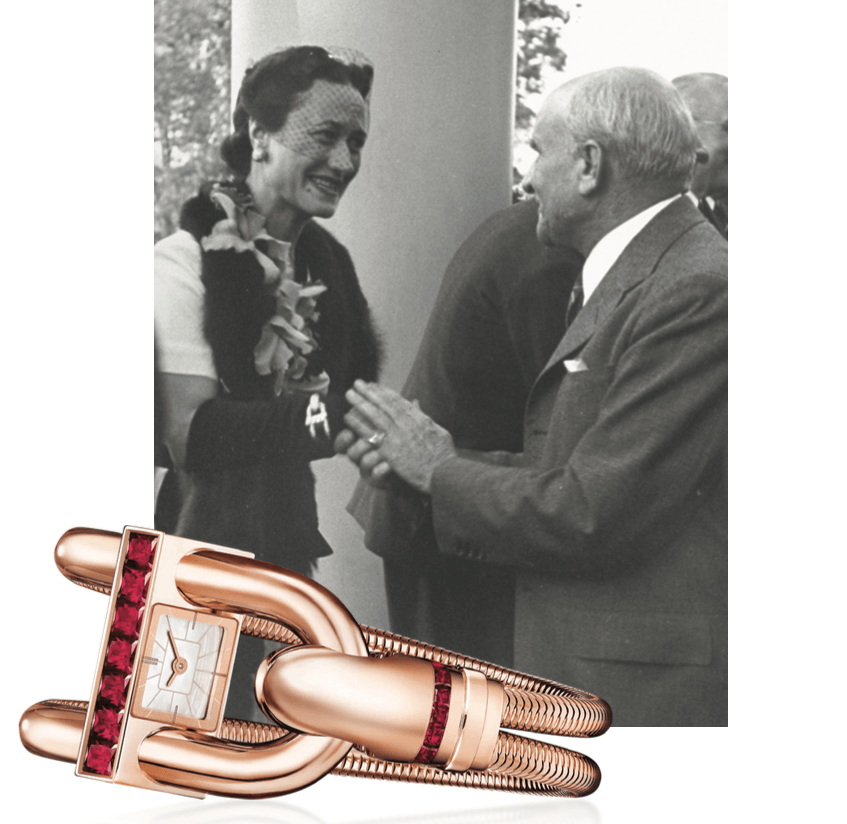 Good examples would be a mechanical Cartier Tank or indeed a vintage Cartier Baignoire watch, since the brand has just released a new collection of watches from this family, which were once favoured by the likes of Romy Schneider and Jeanne Moreau in the 1970s.

When new series are added they no doubt push the value of the authentic designs. A Piaget Altiplano from this same era or one of their vintage jewellery watches with an exotic semi-precious dial will carry its worth for decades to come. 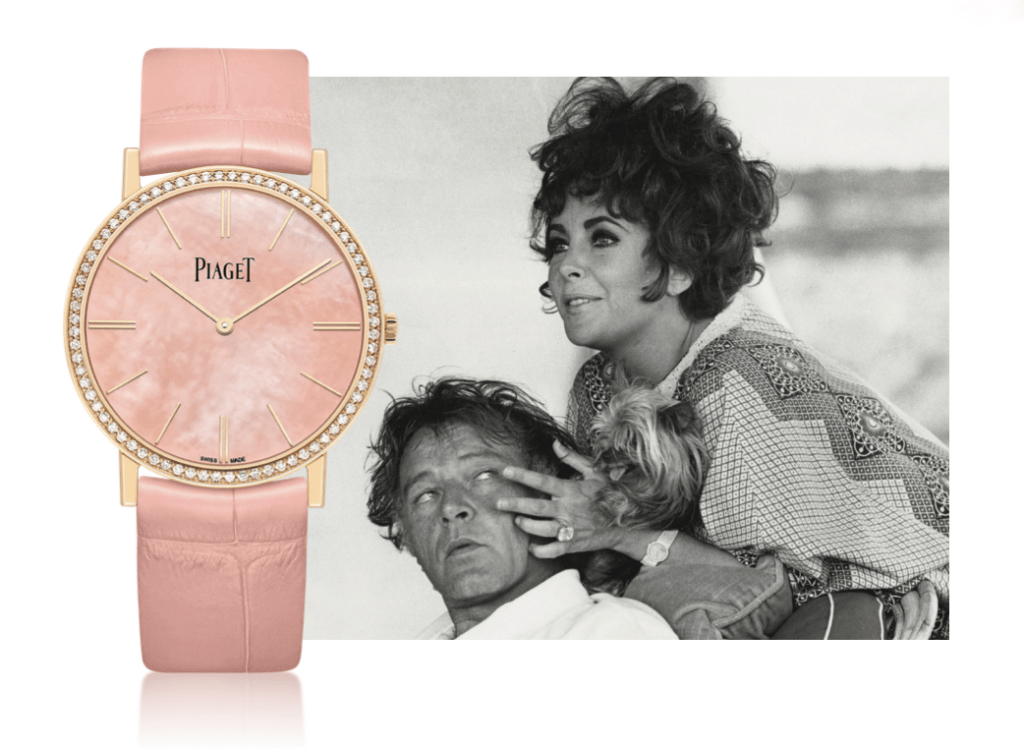 Elizabeth Taylor in the Piaget Altiplano

This again is down to an illustrious past, Elizabeth Taylor, Jackie Kennedy and Sophia Loren all imbued Piaget with everlasting kudos when then wore its jewellery watches back in the day. The Audemars Piguet Royal Oak is another enduring star of the watch world first released in 1972 and early models including those produced in the 80s are highly desirable.

While no one can predict desirability of new models, they are also worth investing in, especially the rarer the edition and the more limited the issue it is. These timepieces may be relatively new, but they can have the potential to increase in worth, with Rolex novelties usually being a low risk investment. 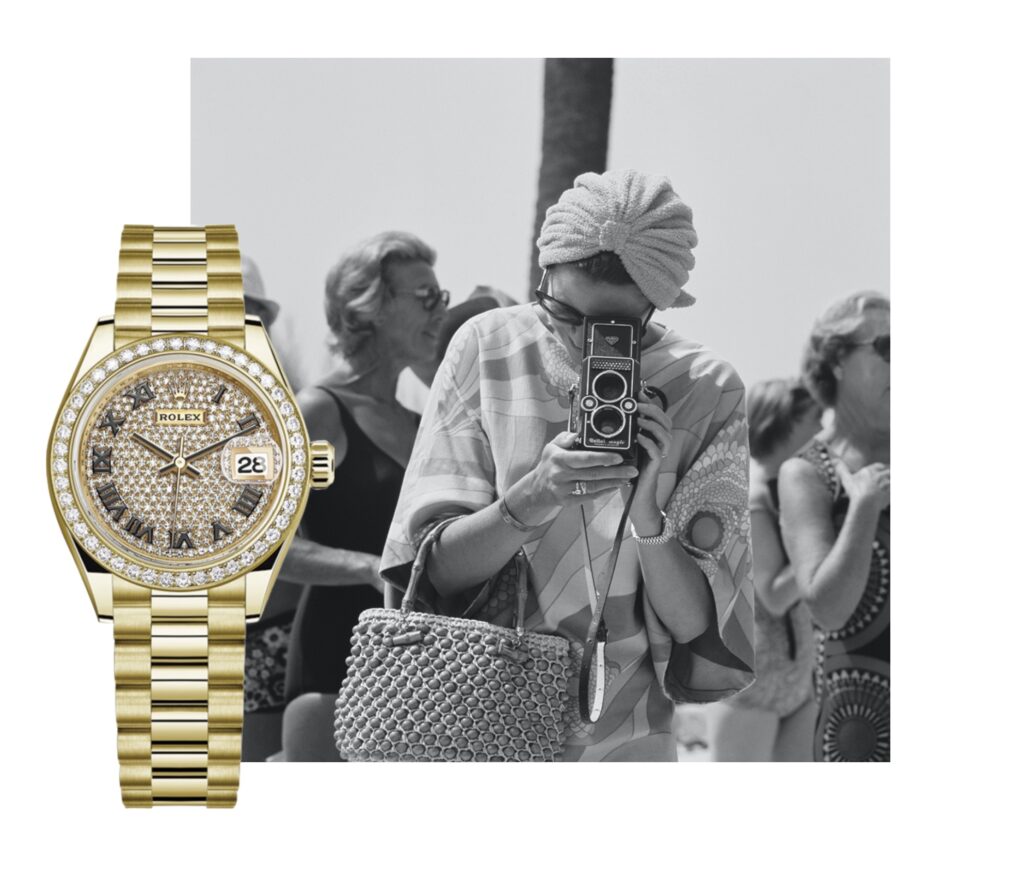 Grace Kelly in the Rolex Lady-Datejust

Chanel’s new J12 could be an interesting purchase too. Unlike previous iterations, it has a ceramic case back for the first time since it was first released in the year 2000, which makes this new version, which has been subtly reworked throughout, something of a milestone.

The key to looking timeless is a classic timepiece, with iconic watches like the Rolex Lady-Datejust and Piaget Altiplano looking as contemporary today as they did decades ago.

“Follow Your Heart”: Entrepreneur Melika Yazdjerdi Shares The Key To Her Success