According To The SS19 Shows, This Is How You Should Be Wearing Flowers In Your Hair From Now On

While flower crowns have become a festival favourite in recent years, the hair accessory is more than just a trend in most parts of the world. Indian brides have long created ornate floral headpieces for their weddings, while women in many other countries use hair flowers as a cultural touchstone. Influenced by Mexican culture – both its vibrant colours and symbolism – Frida Kahlo would complete her look with braided, beribboned, and flower topped hairstyles that sometimes gave her the aspect of a religious icon. Now, according to the SS19 runways, there’s a new way to wear flowers in your hair.

Rodarte kicked things off in New York with a show-stopping look that featured a series of avant-garde flower crowns made out of fresh roses that were woven into tousled tresses. The look was paired with vibrant eyeshadow and bright lips for a whimsical vibe. 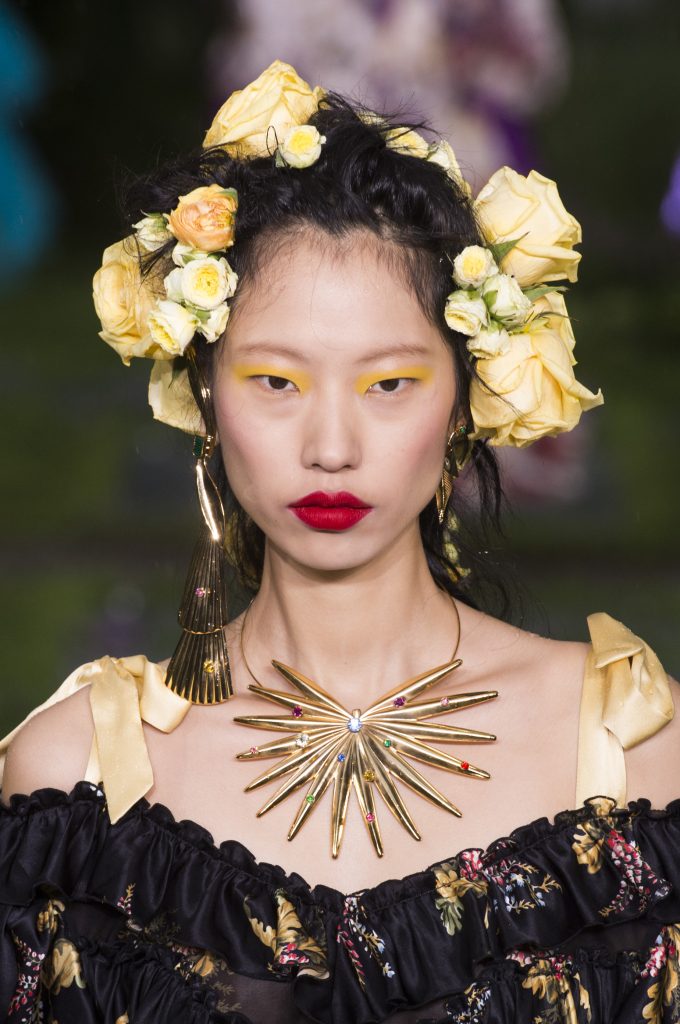 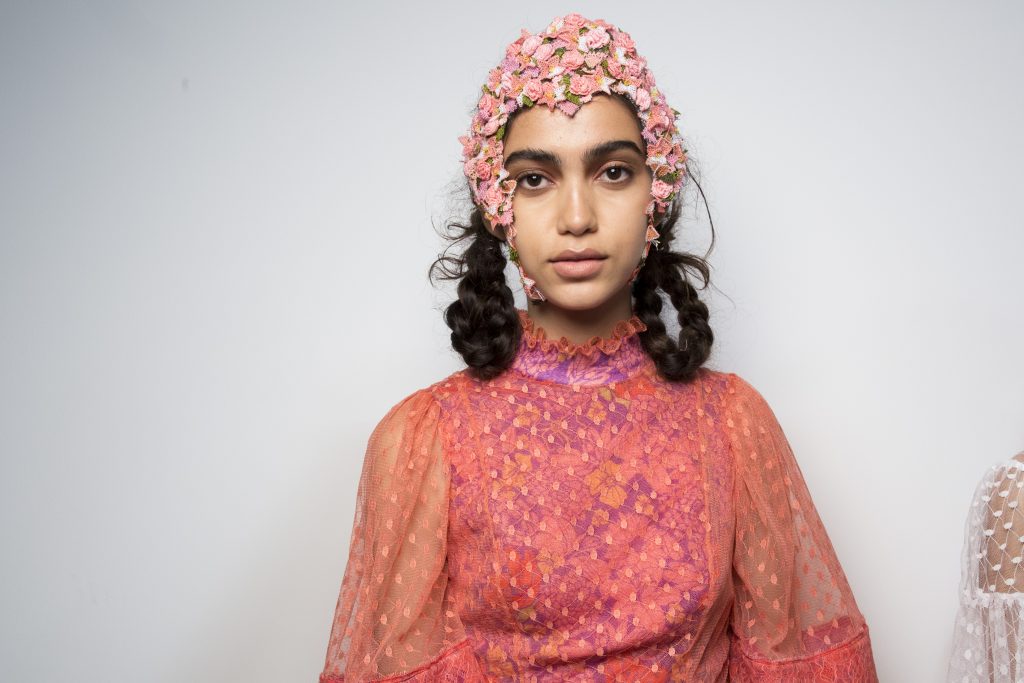 Delpozo opted for an abstract version of the trend, as each model wore a fascinator shaped into curved halves that from afar, looked like a flower. The headpiece was worn with a tousled hairstyle that saw wisps of hair brushed up towards the crown of the head. 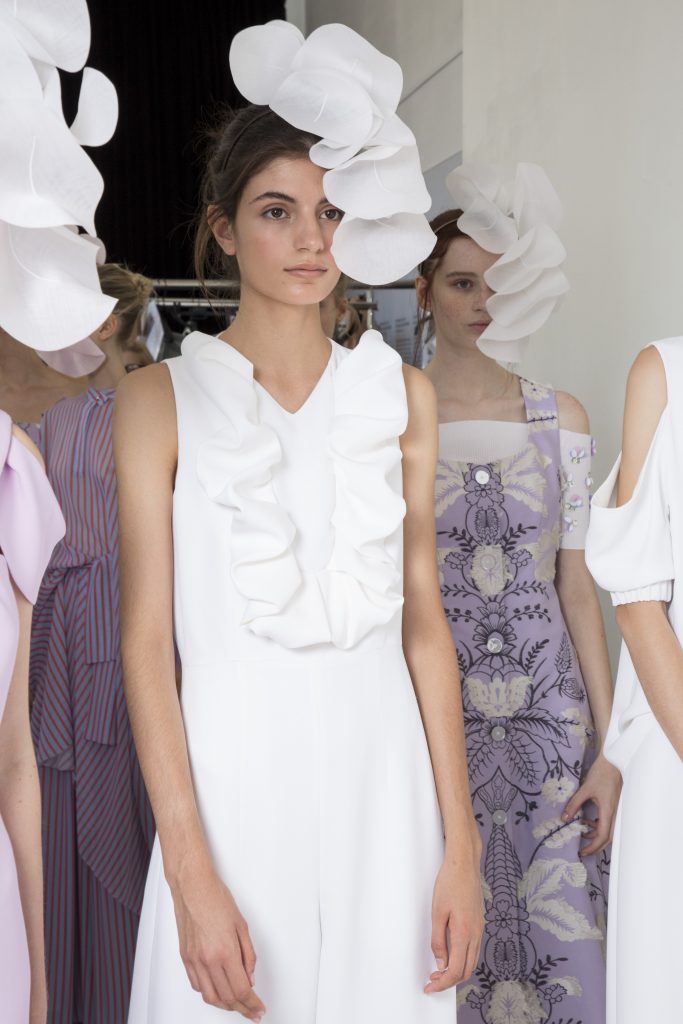 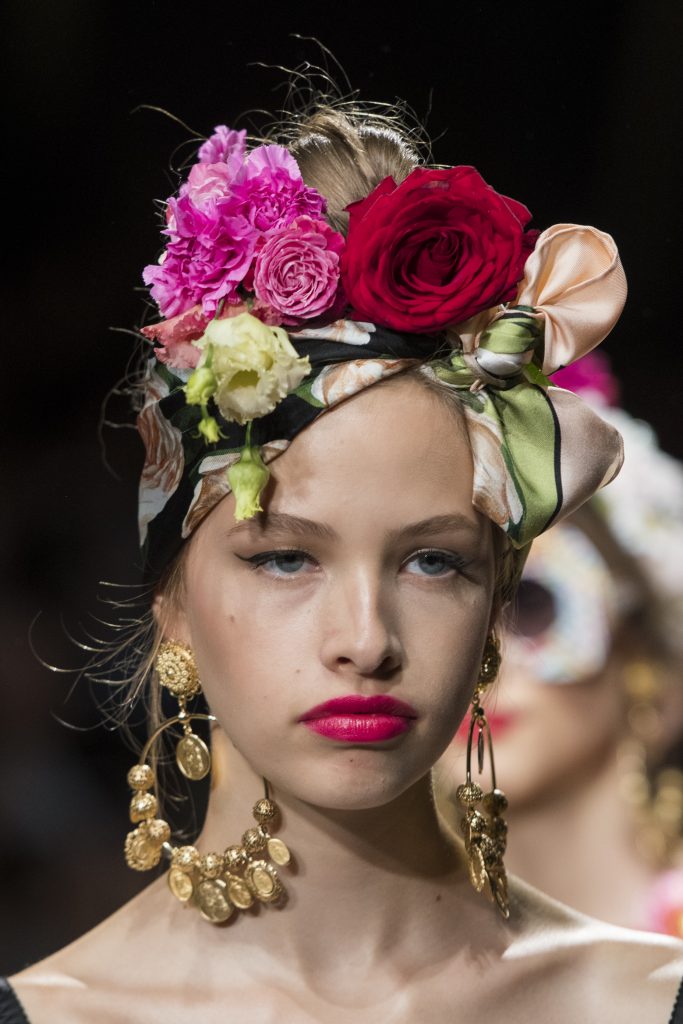 While Paris has yet to embrace the trend, our guess is it’s only a matter of time as there are still plenty of shows to go in the French capital.

How to wear pretty pink eyeshadow as seen at Giorgio Armani.

The Best Red Lipstick To Wear This Valentine’s Day