Everything You Need To Know Before Getting A Breast Augmentation

Breast augmentation is on the rise and with it new technology and refined techniques. As more women opt for the procedure there’s never been a better time to recognise the positives and potential pitfalls of going under the knife

The demand for plastic surgery is booming. Even during a pandemic, record numbers of patients are undergoing elective surgeries. Mental health plays a role as we have more time to think and research, but so does the practicality of making an excuse for laying low post-op. At a time when women have ditched their main support – saying goodbye to underwired bras – the demand for breast augmentation is at an all-time high. No longer a taboo, even in the Arab world, new advancements are meaning more women are opting for the procedure.

The first thing women ditched during the pandemic was uncomfortable bras. As articles of clothing, there is no proof that bras have an impact on breast health. Neither do they prevent breast sag and, unless designed properly, they don’t help to disguise it either. This, partnered with spending more time at home looking at ourselves in the mirror, left many frustrated. “Feeling dissatisfied with our appearance from time to time is very normal, since how we look and feel about ourselves is an important part of who we are,” says Catherine Frogley, a clinical psychologist at The LightHouse Arabia, in Dubai. We should all try and feel happy in our skin, but turning to plastic or cosmetic surgery isn’t always a negative option. Especially when it’s for reconstruction after childbirth or cancer treatment, or to help boost a patient’s mental health. “If an individual is seeking breast augmentation as they are dissatisfied with this particular part of their appearance, but their sense of self does not depend on it and they have realistic expectations of the outcome (it may help, but it won’t fix everything), then the available research in this area indicates many people experience positive outcomes, including higher self-esteem and body image after the procedure,” explains Frogley. The opposite effect can ensue for those who have unrealistic expectations. “Some may see the procedure as a way to cure a broader problem. In this case, breast augmentation is like putting a plaster on a big open wound –while it may help for a short time, the wound requires further treatment to heal,” says Frogley.

Breast augmentation involves the surgeon inserting implants inside the breast tissue. This alters the shape, size and position, improving the overall look of the breasts. Although it’s a straightforward surgery that takes one to two hours, it is still surgery and requires general anaesthetic. “Take your time. Consider all your options and don’t rush into it,” urges ‘Sarah’* a 34-year-old Abu Dhabi-based entrepreneur who opted for breast implants four years ago. Having seen her friends successfully undergo the procedure, she decided to take the plunge. Looking to gain more confidence when wearing clothes, and hoping to fill the gap between her naturally widely spaced breasts, she booked an appointment. The surgeon Sarah opted for came highly recommended from her friends and she had been visiting him for other procedures. “I was comfortable with him at the time. During the surgery, he made the implants bigger than I had hoped. It was because they were wide-set and this was the only way he could achieve bringing them closer together, but when I woke up, the result was unexpected. It took three years for me to get used to them as they made me feel bigger and heavier at the time,” explains Sarah. Although she’s happy now, she urges others to consider their style before rushing in. For many in this region, it’s about enhancing their frame as naturally as possible.

“Cosmetic surgery, not just breast augmentation, has been widely embraced in the region by all nationalities,” says Dr Frank Conroy, a plastic, reconstructive and cosmetic surgeon from the American Hospital Dubai. “This is true, particularly for the newer generation of millennials who have grown up reading about this and understand it a lot better than the previous generations,” says Dr Jaffer Khan, a plastic surgeon and the founder of Aesthetics International and Nova Clinic in Dubai. “With regard to breast augmentation, some nationalities are more modest in their choice of size of implant, but I do not feel that there is anything taboo about the surgery here in the region,” adds Dr Conroy.

Since the inception of the silicone breast implant in 1962, the industry is constantly evolving with new technology and scientific advancements. “Breast implants are safe and can produce wonderful results. The gels used today are cohesive and give a much more natural appearance,” explains Dr Conroy. Implants are always progressing, combating issues of the past along the way. “We have some new types of implants which generally have a nano-texture on them to prevent capsular contracture [when the body reacts badly to the implant], as well as not have the risks associated with breast-implant-associated anaplastic large cell lymphoma (BIA-ALCL),” says Dr Khan. Alongside the progress in breast implants are the techniques used for breast augmentation. These don’t always involve an implant. In the past, hyaluronic acid fillers were placed into the breast. Bypassing surgery, like fillers injected into the face, it had to be done over and over again to maintain the results. Receiving mixed reviews, this procedure is being replaced by fat grafting. An alternative to breast implants, the technique sees fat harvested through liposuction from one or more areas of the patient’s own body, processed and then transferred to the breast. In its infancy, the technique is being advanced with the use of stem cells. These are providing improved longevity of the fat graft as well as graft take. For now, the most effective way of using fat grafting is to combine it with an implant. This is dubbed ‘hybrid breast augmentation’. “This technique helps camouflage the implant, especially in very thin patients, and can help add volume to areas such as the cleavage to give that perfect result,” explains Dr Conroy. 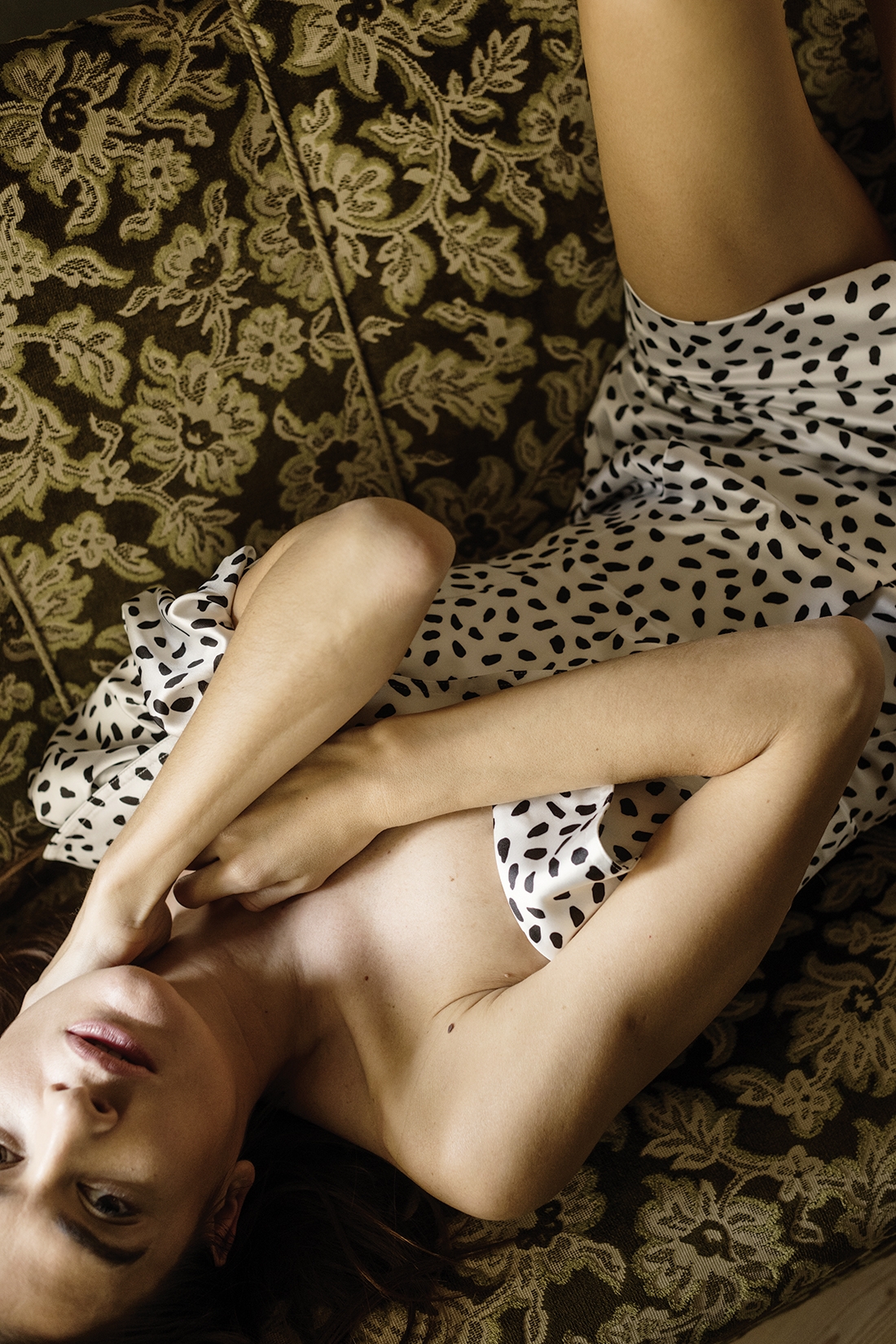 Due to the pandemic, there has been a rise in plastic surgeons working with software, that lets them connect with clients remotely. “We have special software which allows patients to take their own photographs and send it to us. We can then send back a simulation of what the results might be like after the surgery with implants,” says Dr Khan. With clients, especially those who are abroad and unable to meet in person for consultations, working online means both patient and surgeon are ready to move forward once restrictions are lifted. The average price for breast augmentation globally is between US$3,000 (Dhs11,019) and $8,000 (Dhs29,384). In the UAE the procedure in the region’s most popular clinics averages out at $7,350 (Dhs27,000). The cost of breast augmentation is affected by several factors: The surgeon’s expertise, the technique and implant used, and the clinic or hospital where it is performed. It is also important to consider the cost of consultations, follow-up care and any additional surgeries you might require. The region houses some of the most renowned surgeons in the world and often hosts international doctors. According to the Dubai Health Authority (DHA), the emirate achieved a 4 per cent growth in medical tourism in 2019. This saw 350,118 people undergo surgery. By 2021 the city has set a target of half a million medical tourists having surgery here. Keeping up with the demand, in the first half of 2020 the DHA issued 3,397 licenses to health facilities in Dubai, with 45 new health facilities, a hospital and 10 general and specialised medical clinics instated in the same period. With so much competition, some clinics are relying on competitive pricing rather than high standards of practice to secure clients. This is becoming more prevalent with the rise o f comparison websites that aim to lure patients to countries that have fewer regulations but cut-price deals on surgeries. One such site advertises breast augmentation in the UAE for as little as $2,917 (Dhs10,714). Offered at a clinic in Abu Dhabi, it compares prices in Dubai that start at $6,461 (Dhs24,731). Outpricing both is Hungary at $218 (Dhs800), which ‘offers the best prices worldwide’. When prices are so low, there is no doubt that the quality of treatment will also deteriorate. Experienced surgeons are costly, as are the materials and right medical equipment.

“The best candidate for breast implant surgery, in my opinion, is someone who understands the procedure and what it entails,” says Dr Conroy. The client is as responsible as the surgeon and should take no short cuts in doing research, getting various opinions and understanding and appreciating the risks and complications that can occur with a procedure like breast augmentation. The vast majority of women who receive breast implants have few problems. The results, however, are not guaranteed, and there are risks. In the past, leaking and rupture were the main concerns. A new issue now deterring possible candidates is ‘breast implant illness’ (BII). This term is used by doctors and patients to refer to the symptoms that develop after undergoing both cosmetic or reconstructive surgery. The most commonly reported symptoms include brain fog, fatigue, memory loss and joint pain. “BII is not currently recognised as an official medical diagnosis, it is poorly understood, but with an increasing number of sufferers it is something that should not be ignored,” says Dr Conroy. Having recently gained credibility, the USA’s Food and Drug Administration has included the term on its website among the other cautions about implants, citing “systemic symptoms” as a possible risk. The first formal study is now underway, funded by the Aesthetic Surgery Education and Research Foundation in the USA. Working alongside patient-and plastic-surgeon-reported data through an app, it aims to provide a deeper insight into BII to serve them with scientifically sound information related to the illness, alongside other breast-implant-related issues.

Reports suggest that once the implants are removed all symptoms of BII are alleviated; however, other issues aren’t always as easy to resolve. Although rare, BIA-ALCL is a disease women should be made aware of when considering breast implants. “It has an incidence of between one in 3,000 to one in 90,000 and in women with textured implants,” explains Dr Conroy. Typically occurring around eight years after surgery, the most common symptoms include sudden breast enlargement, pain, and fluid around the implant. “The treatment for this involves removing the implant and the capsule. Chemotherapy may also be required,” says Dr Conroy. Avoiding heavily textured implants can reduce your risk of BIA-ALCL significantly. “Vigilance is key. Any woman with swelling of an augmented breast must be thoroughly investigated to rule out BIA -ALCL,” warns Dr Conroy. Women need to get their implants checked. The FDA suggests those with silicone implants require a screening via an MRI three years after their initial breast augmentation and then every two years after that. For those with saline implants, getting checked every five to 10 years is fine if you aren’t facing any issues. However, to assess the long-term safety of breast implants, many argue that more data needs to be collected post-surgery and throughout the lifespan of the implant and patient.

The emergence of new technology and scientific breakthroughs, alongside new research, offers a bright future for implants and breast augmentation. Partnered with an open conversation about the procedure, and the effects it can have on mental health ensures a positive experience for those looking to go under the knife. *Name has been changed to protect privacy

Read Next: Dr. Shotter’s Guide To Getting Your Lips Done

Skin Cancer Awareness Month: How To Conduct A Self-Exam And What To Look For