She’s a winner of the Kimura Ihei Award for photography; she once broke the Japanese museum-attendance records with her travelling exhibition Mika Ninagawa: Earthly Flowers, Heavenly Colors; a retrospective of her work at the Museum of Contemporary Art in Taipei was made in 2016; and she has published more than 100 books of her photography and made four feature films. Such is her renown in Japan that she was even appointed to the executive board of the 2020 Tokyo Organising Committee of the Olympic and Paralympic Games in recognition of her contributions to art and culture. It’s no surprise then that Van Cleef & Arpels has chosen to team up with Japanese artist Mika Ninagawa for its latest fine jewellery exhibition, which sees over one hundred pieces of the Maison’s patrimony collection and contemporary jewels commune with the Ninagawa’s brightly-coloured photographs. It’s something, Ninagawa tells MOJEH, that has been a long time coming. “When I visited the SIHH in Switzerland in 2017, the Van Cleef & Arpels’ booth was overwhelmingly beautiful,” she says. “I remember how excited I was because I felt that their world view and the things they valued were close to my own creations. Since then, I’ve been hoping to be involved in some way someday, so I was really happy when I received this request from the team in Paris in 2018.” 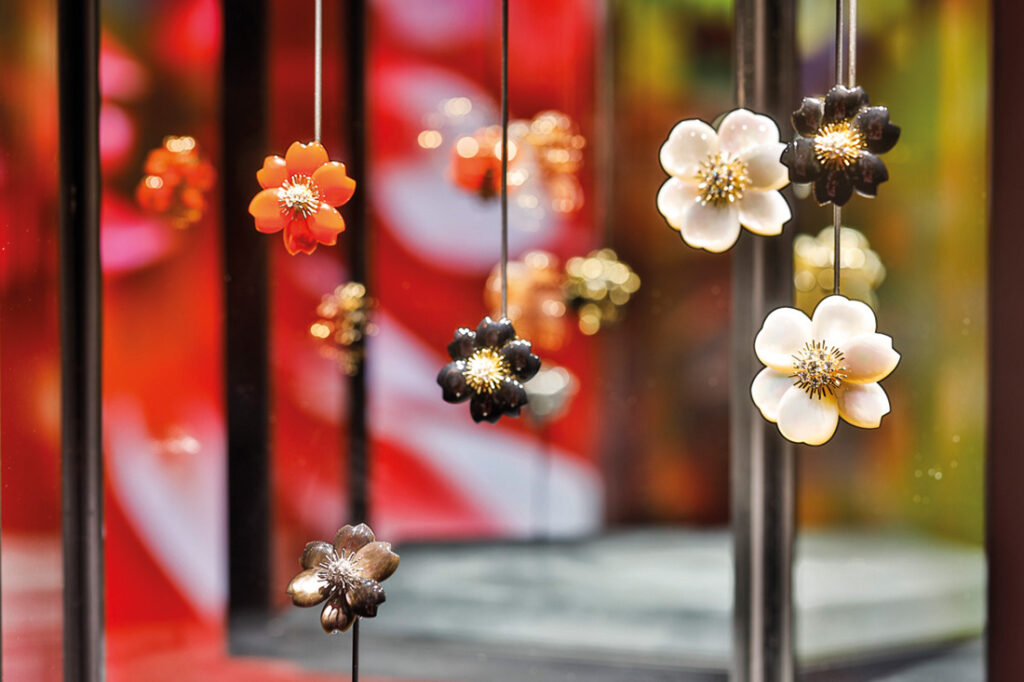 Shooting to fame as part of ‘Girly Photo’, a movement led by young female photographers on Tokyo’s art scene in the late 1990s, the artist first specialised in stylised shots of young women in everyday scenes. As with the jewellery house, though, she is fascinated with flowers, and is now best known for her colourful photographs of blooms and capturing the essence of them. As such, Van Cleef & Arpels has given her carte blanche to create an exhibition celebrating flowers – a motif the house has returned to again and again over the past century. “Photographing flowers is an act of momentarily freezing the beauty of a shifting moment and turning it into a universal,” explains Ninagawa. “All things change and are eventually lost, which is why I want to preserve the beauty of the moment as I perceive it. We want to preserve the momentary radiance of the flower, including the thoughts of the person who carefully nurtured it, at least in a photograph. I thought this was a very similar feeling to when people wear jewellery, or when people send jewellery to someone else, when they think about the brilliance that colours that person’s life.”

Highlighting Van Cleef & Arpels’ most popular floral creations, Florae will run in Hôtel d’Evreux on Paris’ Place Vendôme until 14 November, with Japanese architect Tsuyoshi Tane, founder of the Paris-based Atelier Tsutoshi Tane Architects, also on board to create an imaginary garden as the setting, which includes illuminated walls displaying Ninagawa’s work in macro detail. The exhibition is a celebration of flowers, both natural and man-made, and the photos, which alternate between psychedelic and soft, combine Van Cleef’s legendary flowers with real blooms, unfiltered and in their natural state. Think roses, cherry blossoms and other vibrant species spread across the walls and floors of three themed, immersive spaces, “in this exhibition, the photographs are not framed, but are displayed in such a way that they become part of the space,” adds the artist. “In order to express the overwhelming beauty I felt from the blooming flowers, I thought it would be better to express the emotions I felt at the time in the space itself rather than framing them.” 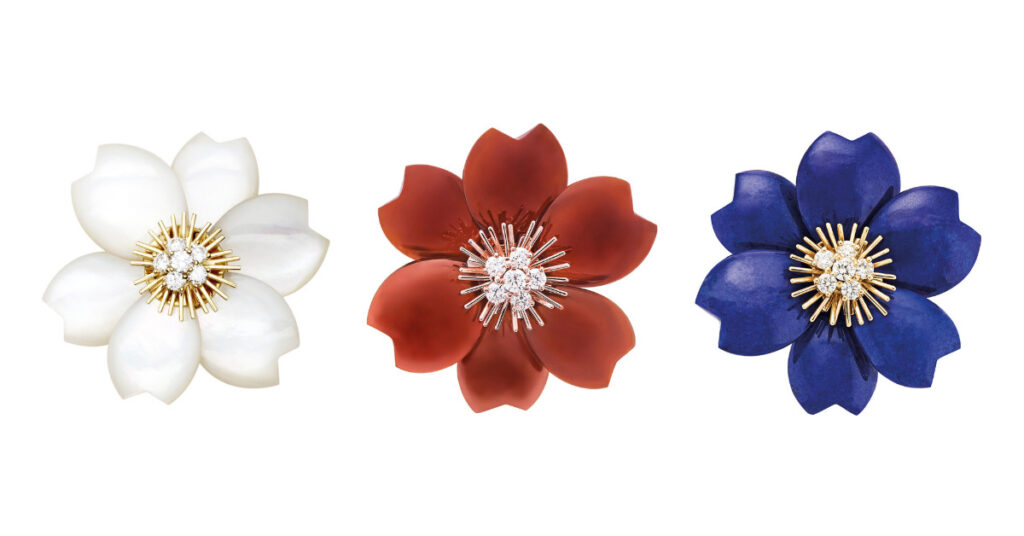 As for the jewellery, 100 jewels – 85 from the archives and 15 from contemporary lines – and 13 original design sketches trace the evolution of floral themes at the house over the past century. This includes Art Deco-era highlights such as a bracelet of intertwined red and white roses in platinum, rubies, emeralds, onyx and diamonds, which won the Grand Prize at the 1925 International Exhibition of Modern Decorative and Industrial Arts in Paris. Then there’s the Folie des Prés bracelet, a wildflower garland in white gold and diamonds from the 2003 ‘A Midsummer Night’s Dream’ collection, plus the Dahlia Secrète watch in rose, white and yellow gold, presented in 2019 and featuring petals crafted from pink or purple sapphires, spessartite garnets and diamonds. Perhaps most impressive, a diamond of almost 1.6 carats covers its dial, with the timepiece requiring more than 1,100 hours of careful crafting at the artisan’s bench. Elsewhere, one brooch, crafted by the Maison in 1968, took 760 hours to create, resulting in a cascade of pear-shaped diamonds that represent drooping stamen, with petals created from custom-cut rubies paved together using the house’s renowned Mystery Set technique, reducing the presence of the metal holding the stones together to the point of invisibility. One might also observe the fine lines and bold centre of a dahlia shown at close range to highlight its sculptural details, reflected in the Van Cleef & Arpels Rose de Noël clip, complete with yellow gold and diamonds. This isn’t the first time Mika Ninagawa has collaborated with the House – she previously collaborated with them for the 2017 exhibition Enchanting Nature in Tokyo – and we doubt it will be the last. Until then, we’ll always have Paris.