Just over two years ago, the first-ever contestant to compete in a pageant in a hijab and burkini made headlines across the globe. We’re indeed speaking of Halima Aden.

The Somali-American model has continuously broken barriers since and now, she’s making history yet again. This time however, instead of gracing the stage or the catwalks, Halima is the first woman to be featured in Sports Illustrated‘s annual Swimsuit Issue, wearing a hijab and burkini. 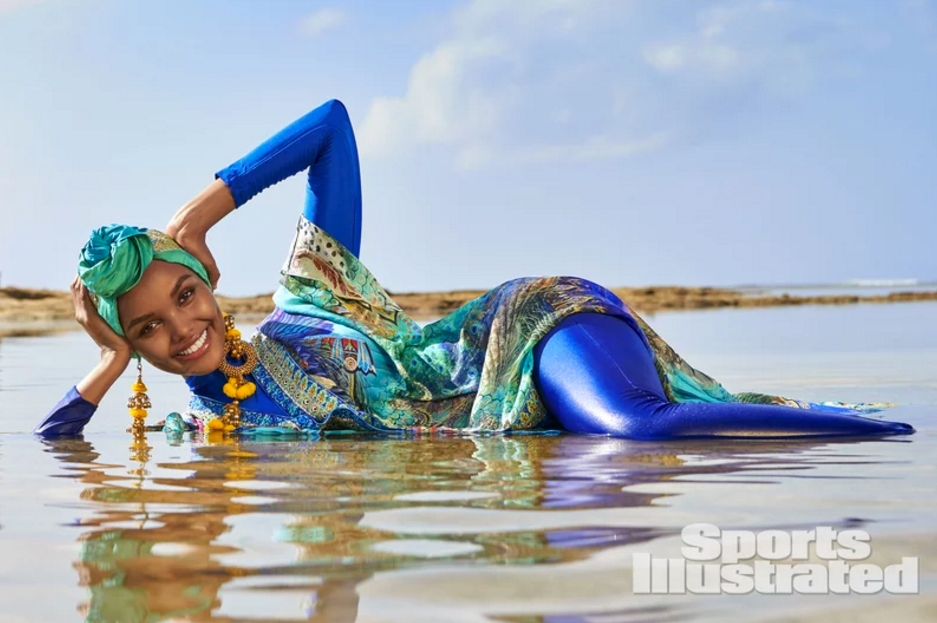 In the past, the magazine have always included women of all sizes however, this year’s edition is truly groundbreaking and we are so loving it.

For the spread, the 21-year-old journeyed back to the Kenya – the backdrop of the spread. It marked a particularly special occasion for Halima as she was born at a refugee camp and lived in the country before leaving for the United States at a young age.

Speaking to Sports Illustrated during her shoot, Halima said: “I keep thinking [back] to six-year-old me who, in this same country, was in a refugee camp. So, to grow up to live the American dream [and] to come back to Kenya and shoot for SI in the most beautiful parts of Kenya – I don’t think that’s a story that anybody could make up.”

The shoot itself was shot by Yu Tsai, and featured Halima dressed in two custom burkinis (including a colour-blocked suit designed by Cynthia Rowley) on Watamu Beach.

All power to you girl!

Now, read more about how Dior’s Cruise 2020 show was a celebration of artisanal craftsmanship and cultural appreciation.