The Cruise 2020 shows have commenced, with maison Dior kicking things off in Marrakech…

Maria Grazia Chiuri has long been an advocate for embracing cultural differences and speaking volumes through clothes for Dior. Just recently, the Creative Director at the maison, jet-setted to Dubai to host Dior’s Dream Parade in which she showcased an exclusive couture collection that speaks of archival influences combined with her own, now signature, approach to dressing the modern Dior woman.

Now, Maria has brought the Dior squad to Marrakech, where she presented the brand’s Cruise 2020 collection in a breathtaking (and twinkling) setup at one of Morocco’s most historic landmarks. 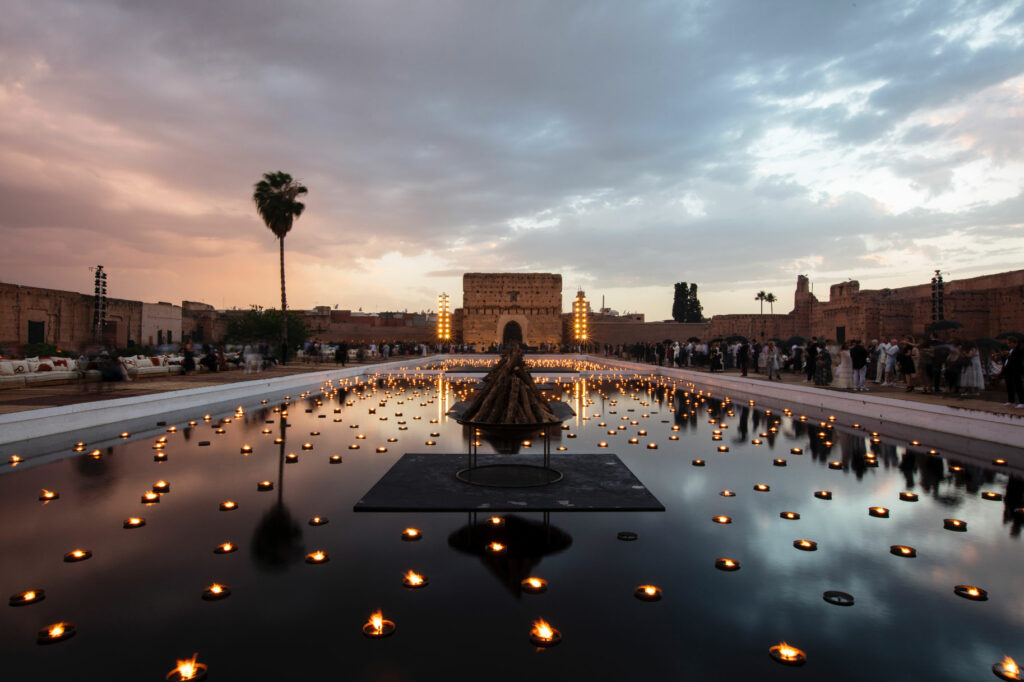 With a theme titled ‘Common Ground’ the show took place at the El Badi Palace in Marrakech, where a celebration of different cultures came together to co-create and find common ground.

Staged shortly after sunset, the runway surrounded a water basin beautifully dotted with dozens of candles as seven flaming braziers set the backdrop for the ultimate setting.

The space was then decorated with cushions covered in artisanal fabrics and décor embellished with ceramic pottery. 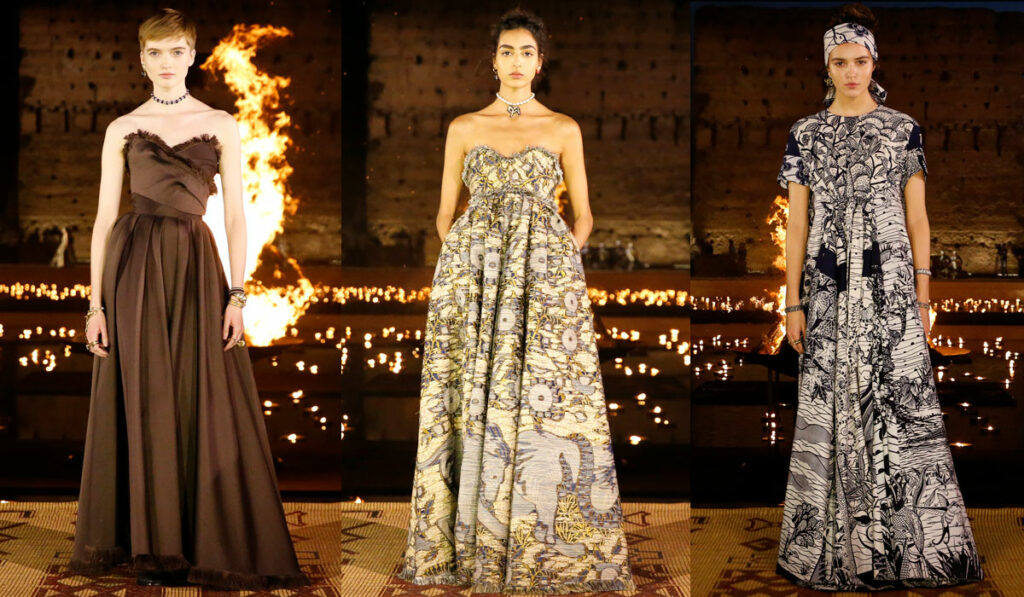 As for the collection, Maria’s creations just keep getting better and better. For Cruise 2020, a slew of models floated on the runway in a collection that echoed true African cultures.

Going beyond just a tribute of craftsmanship, the creative force collaborated with a host of guest designers from the continent – where together, they created a cultural dialogue if savoir-faire between artists and the maison. 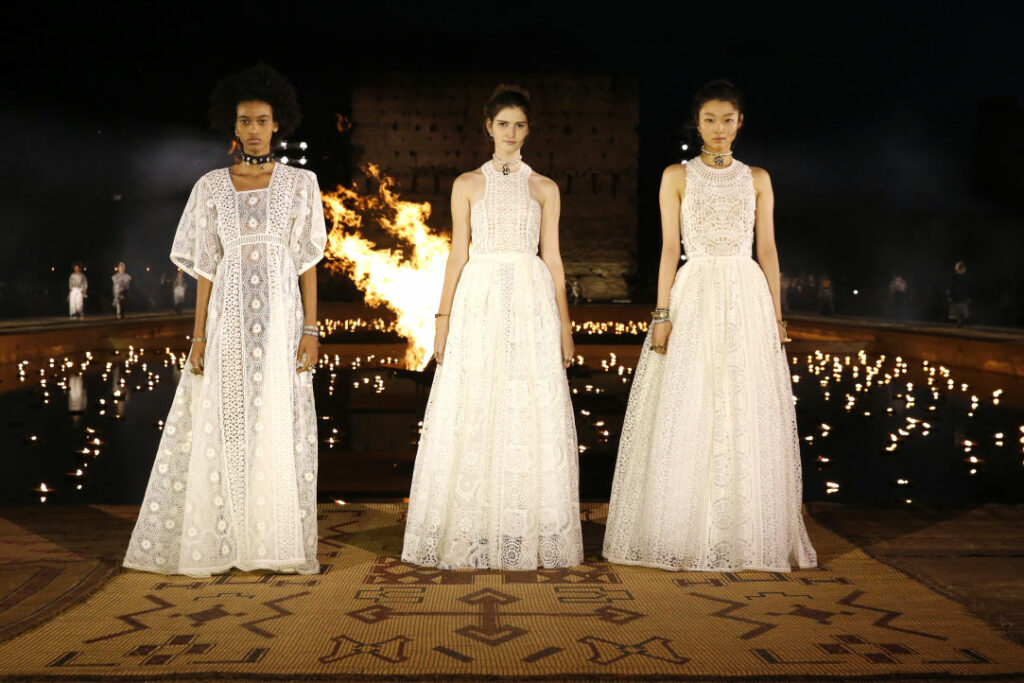 Exclusive to the show, some of Dior’s iconic motifs (think toile de Jouy and tarot cards) received a makeover done completely in 100% African Wax – all whilst in collaboration with anthropologist Anne Grosfilley. Anne, who is also globally renowned as a specialist in Wax, has collaborated with Ivory Coast-based company UniWax, to create the special-edition pieces. 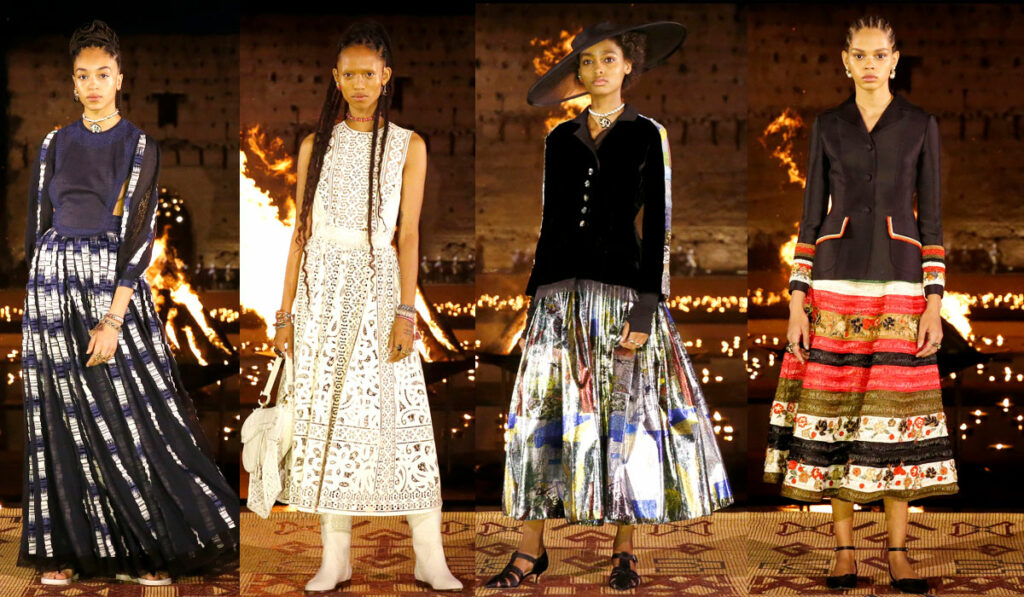 The heavy cotton wax fabrics were seen translated through tailored bar jackets, oversized shirts, floor-length pleated skirts, bustier dresses and sweeping opera coats. As for the fabrics and patterns, there was plenty of fine weaving techniques to look at (including double cashmere jacquard, fil coupé or a chiné silk jacquard). 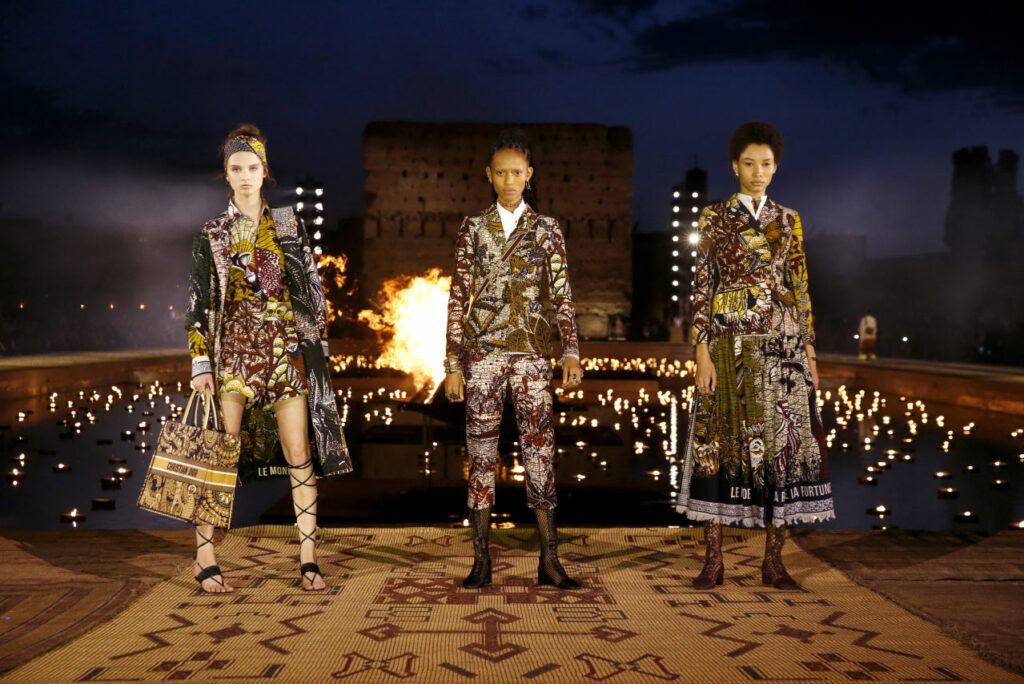 With several stand-out looks to take in (to be honest, all 113 of them), the collection boasts wearability and contemporary aesthetics with head-to-toe prints and revamped silhouettes, too. The iconic Classic Bar Jacket and New Look skirt were remastered by the British-Jamaican designer, Grace Wales Bonner and African-American artist, Mickalene Thomas.

Plus, the accessories were so on point – we might have to dip into our savings next season. 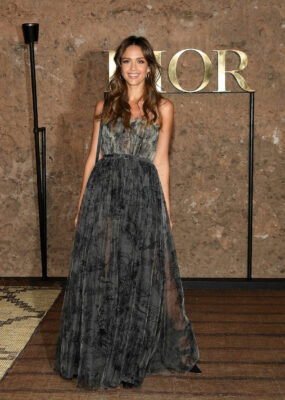 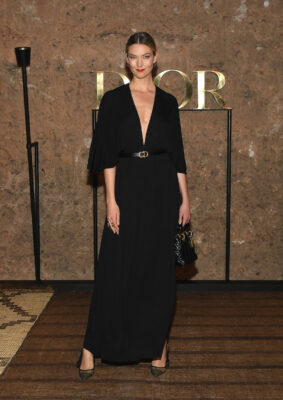 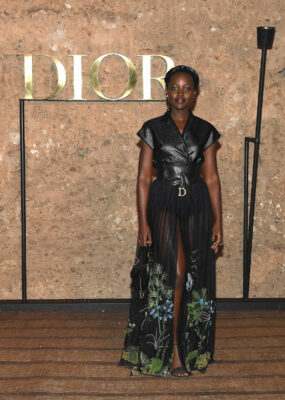 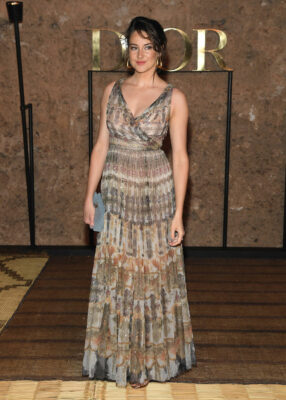 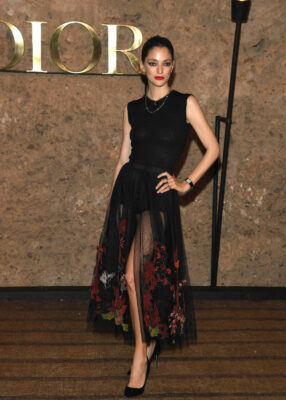 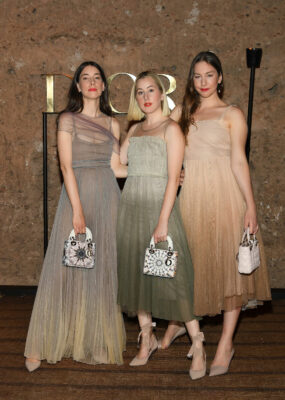 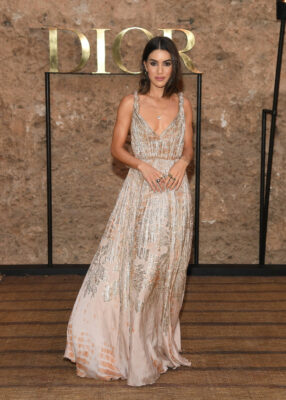 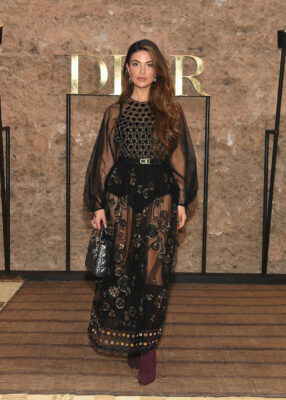 Dior’s front row seating was dotted with the usual celebrity crew as friends of the maison including Negin Mirsalehi and Camila Coelho were spotted amongst the star-studded crowd. Jet-setting in internationally however were some of the industry’s biggest names including Jessica Alba, Karlie Kloss, Lupita Nyong’o, Shailene Woodley and Sofia Sanchez de Betak – all beautifully dressed in head-to-toe Dior.

Now, discover the history of how Dior’s Lady Dior handbag became an icon.