One of the largest events in the music industry took place in Las Vegas overnight and there was no shortage of style on the red carpet. At the 2019 Billboard Music Awards, the industry’s stars made bold statements in sequined dresses and feminine silhouettes.

From designer jumpsuits to an abundance of ruffles on the red carpet, the looks were turning heads from every corner of the fashion world.

See who wore what on the red carpet…

Game of Thrones actress Sophie Turner was spotted on site to support husband Joe Jonas (they secretly got married right after the awards ceremony), in a metallic Louis Vuitton jumpsuit as her now, sister-in-law, Priyanka Chopra-Jonas opted for a sparkling creation by Zuhair Murad Couture. In line with the sequinned trend, Olivia Wilde wore an embellished gold lamé Ralph Lauren dress buttoned to the top of her neckline. 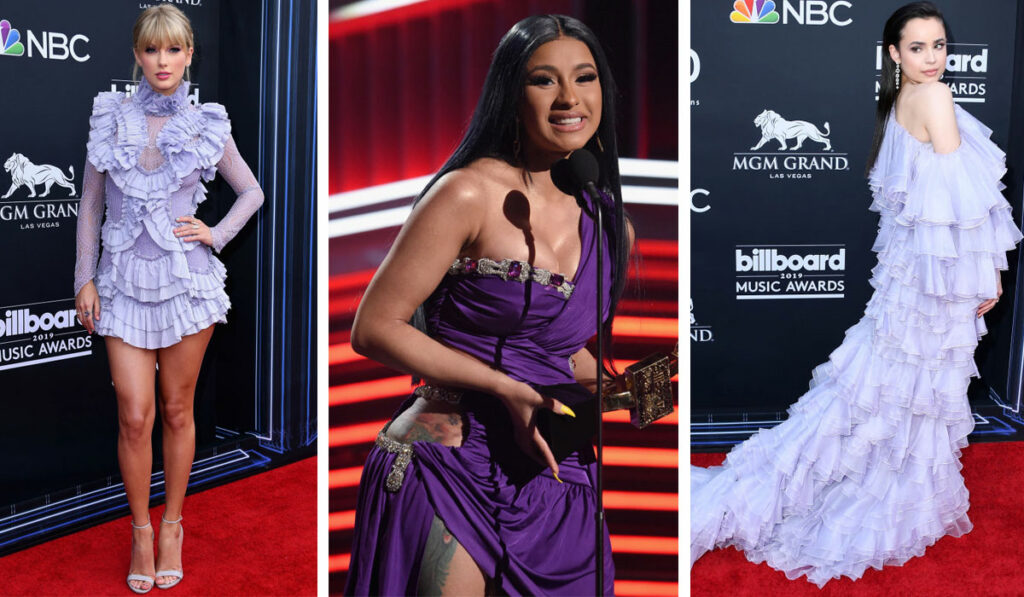 Also, it seemed like colours on the purple spectrum were key on the red carpet. Taylor Swift was spotted in a feminine ensemble by Raisa & Vanessa, and paired it with Casadei heels and Graziela Gems earrings, whilst winner of the evening, Cardi B, chose a revealing purple dress from Moschino’s autumn/winter 2019 collection as she received her award. Sofia Carson also stole the spotlight in a lavender Giambattista Valli dress.

Now, take a look at all of the stars that fronted Chanel’s J12 watch campaign.