Reflecting the fantasy and enchantment pinned to the couture craft, the scene for Dior’s latest couture presentation was not a runway, or an elaborately staged show, but the serene Garden of Ninfa in Italy. In the magical setting, a mermaid weaved through aquatic plant-filled waters, a Grecian-style statue came to life and Nymphs played blissfully beside the river until heads were turned by a trunk of miniature couture treasures that had been carried through the forest in a dollhouse. 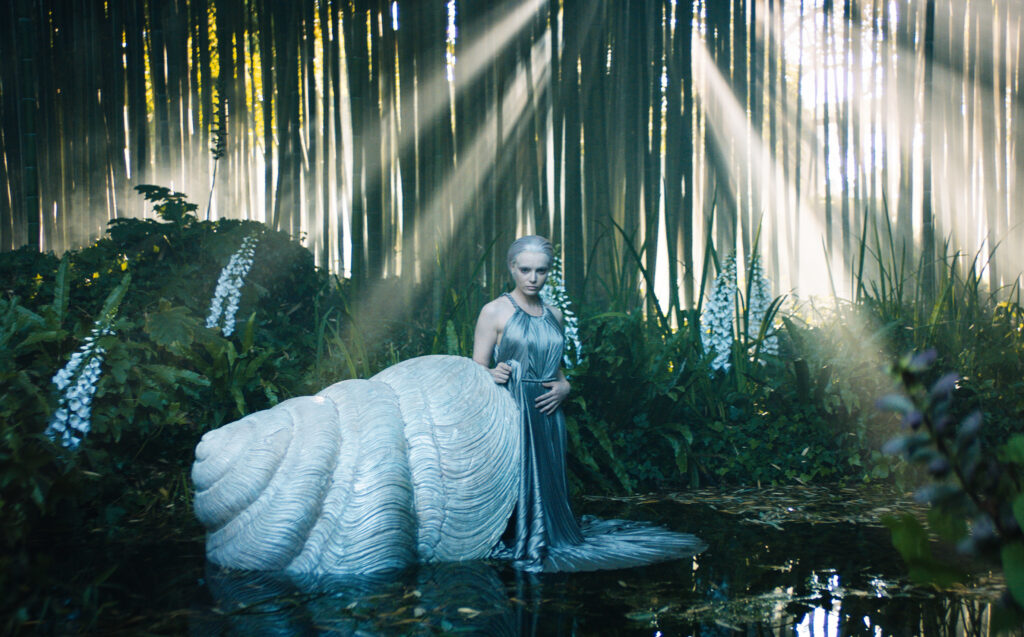 Echoing the Théâtre de la Mode, a roving exhibition of dolls dressed by French couturiers that travelled between Europe and America after World War II, the narrative of women choosing couture from dolls is more functional than it first appears. In world affected by Covid-19, the concept will be brought to life when a traveling trunk of 37 couture looks will be sent to Dior’s clients to browse though, while life-size toiles, fabric and embroidery swatches will be showcased via Zoom.

In the fashion film’s narrative, these tiny designs offer a keyhole into the Dior ateliers with meticulously crafted looks produced entirely by hand. The teeny-tiny couture silhouettes reel in the mythical creatures, who become captivated by the pieces that they are later measured for. After the journey through the woods, the seamstresses work on life-size iterations; perfecting plissé skirts, tiers of midnight black tulle and soft lilac feathers which adorn the fantastical creations.

“Surrealist images manage to make visible what is in itself invisible. I’m interested in mystery and magic, which are also a way of exorcising uncertainty about the future,” says Maria Grazia Chiuri, creative director of Dior. In a time of crisis, this surreal stroll into a Narnia-like landscape carves out a cinematic path for fashion and enables the world to get lost in its escapism — but woven into the fantasy is a message to keep couture a reality.