Christian Dior was a highly superstitious man. He even went as far to consult a clairvoyant on all major decisions, and hung on to a rusty metal star he stepped upon one evening in 1946 for his whole life in belief it was a lucky charm. It makes sense then, that for her spring 2021 Dior haute couture collection, Maria Grazia Chiuri would draw inspiration from tarot cards, reimagining their mystical characters and symbols through a magical collection reminiscent of an Old Masters painting.

Not the first time Chiuri has referenced tarot images in key looks before – they were present in both her spring 2017 debut and resort 2018 collections – for her Dior haute couture 2021 collection, the theme is  brought to life through a sumptuous short film entitled ‘Le Château du Tarot and created by Italian director Matteo Garrone, which tells the tale of a young woman who goes on a journey of self discovery and encounters a series of symbolic figures in a mysterious castle.

There’s the Devil, who comes dressed in a gold dress with plunging neckline; Justice who dons a prim forest-green gown; the Fool in a miniskirt and embroidered blouse with billowy sleeves; and the Moon who shines in a razor-front earth-toned frock. Elsewhere the Pope is characterised by a jacquard opera coat over a matching gown, while Death sports a periwinkle-blue sequined dress with chainmail veil.

A colour palette of dusty jewel tones and old gold draws the whole collection together, while illustrations by Pietro Ruffo were worked into several deigns, and celestial motifs appeared in delicate gold threat on a faded pink and blue jacquard sack-back gown.

While many Dior haute couture looks were indeed something out of a fairytale – some of the sweeping dresses and dramatic capes wouldn’t look out of place in a costume drama – the collection also took a darker side, with several looks sporting skulls painted or embroidered on the chest. An androgynous streak was also dispersed throughout, seen predominantly in a chic black velvet trouser suit with Bar jacket.

Here’s hoping this fairytale has a happy ending. 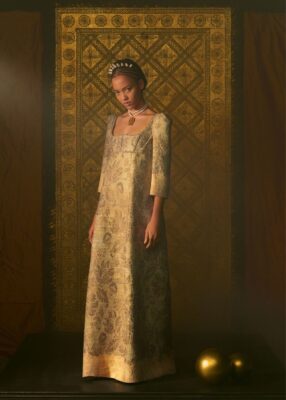 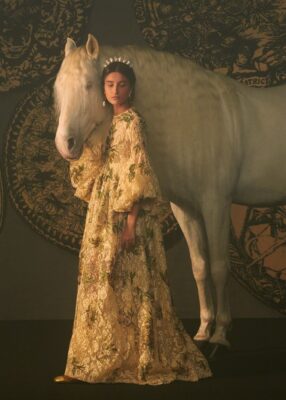 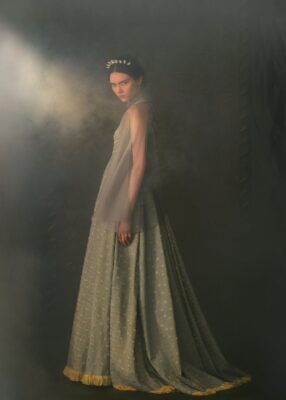 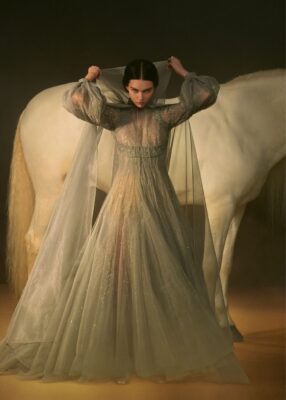 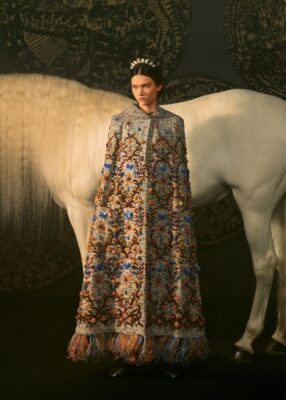 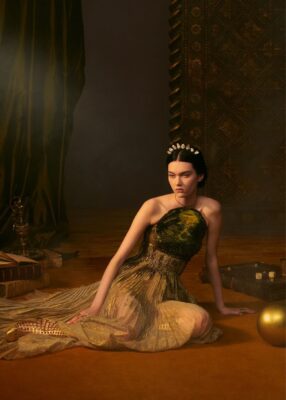 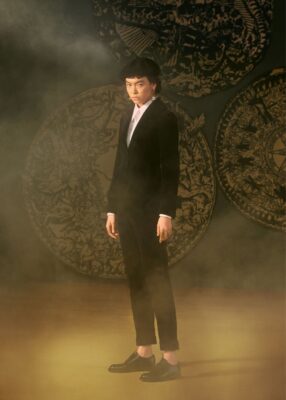 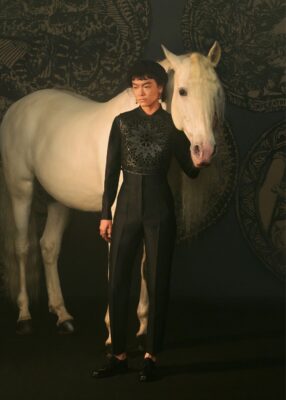 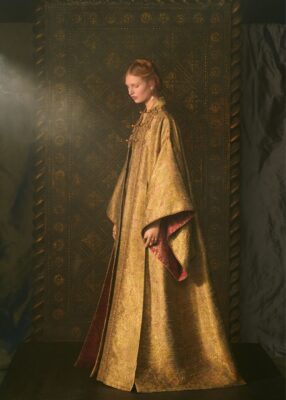 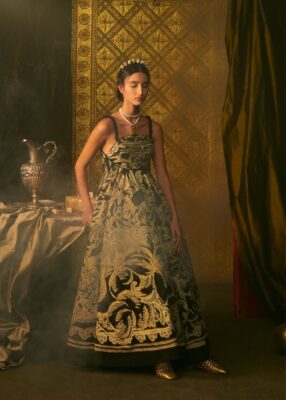 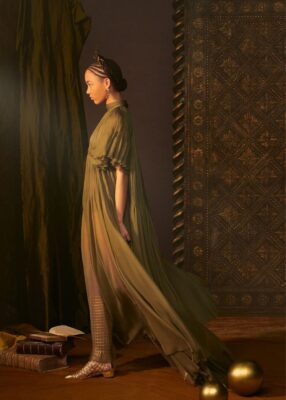 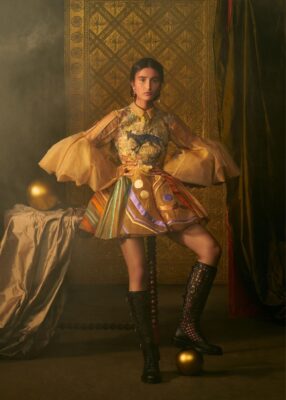 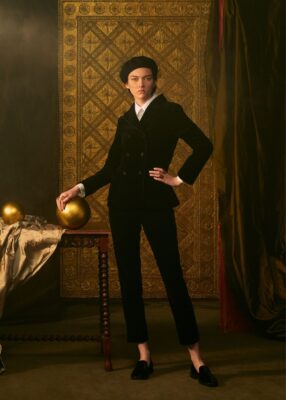 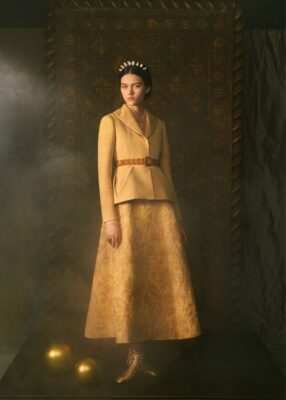 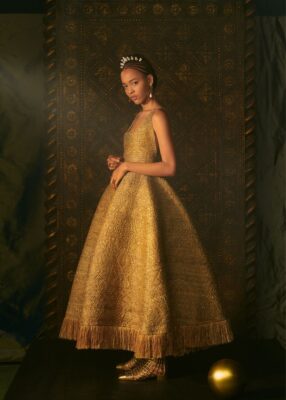 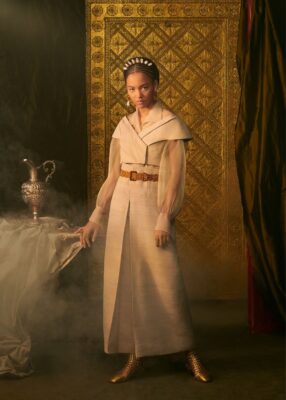 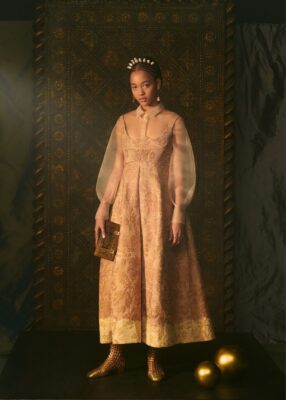 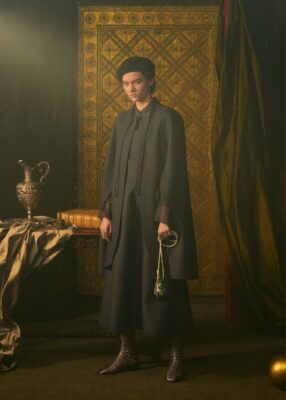 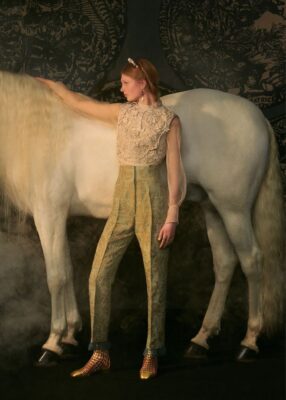 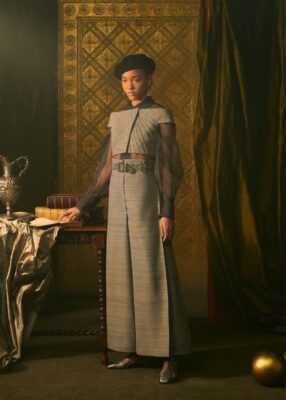 Read Next: Giorgio Armani Shares His Favourite Memories From 15 Years Of Armani Privé