Last year wasn’t all doom and gloom – for Armani Privé, it was a celebration of 15 years of the superior craftsmanship and exquisite design of its haute couture collections.

This has been a sad period for haute couture. For the first time in its 152-year history, fashion week went digital due to the coronavirus pandemic, translating the craftsmanship of couture to a virtual format. However, it was still a year of celebration for Giorgio Armani, as the occasion marked 15 years of his Privé Haute Couture collections, which he launched back in January 2005. A testament to the designer’s work, Armani presented a video narrating these spectacular years of couture at the 2020 Paris Semaine de la Haute Couture, marrying intense moments from before the shows and pictures stolen backstage with the looks on the runway. 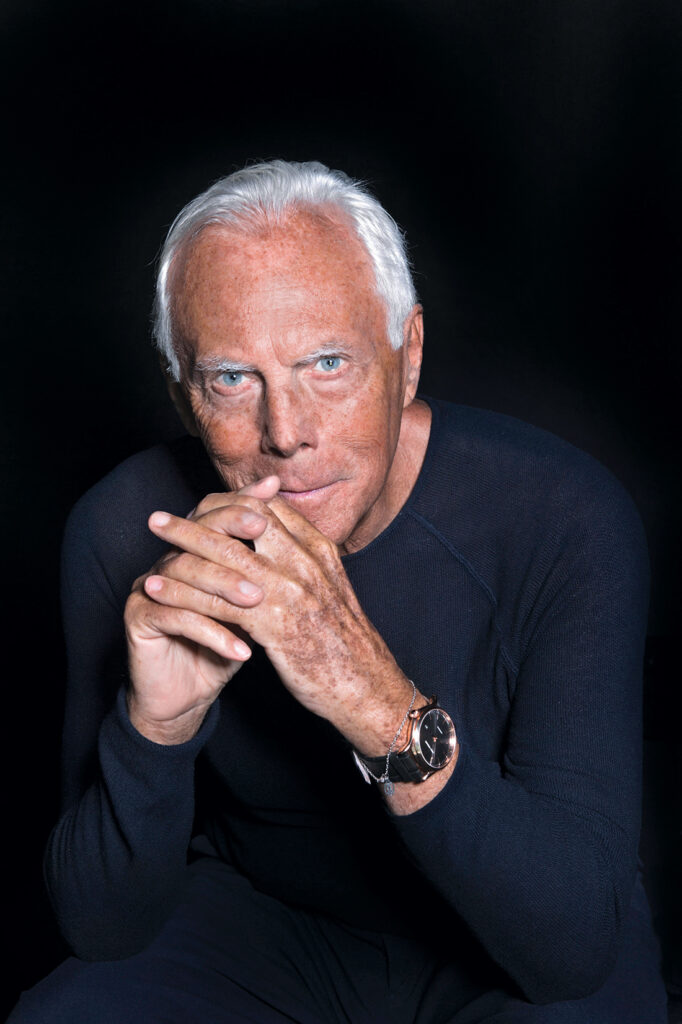 While the video was proof of the flawless and skilful craft he has continually brought to each collection, it wasn’t an easy decision for Armani to establish Privé (translation: Private) back in 2005. “I launched Armani Privé to respond to the desire among my customers for a more exclusive and personalised collection,” he tells MOJEH. “For my first couture collection in 2005 I felt a little nervous, maybe because this was such a new undertaking and one where I knew many people were puzzled by my decision to enter into it.” But enter into it he did, and what followed were breathtaking contemporary collections that expressed his creativity through sophisticated silhouettes, luxury fabrics and skilled craftsmanship that still stayed true to the Armani woman. “Couture has always been given creative liberty, which is also an incentive for a designer: absolute freedom in the cuts, in the choice of materials, embroideries, finishes,” he adds. “Armani Privé is, however, still an Armani collection, so you will see that it is elegant and refined in terms of its aesthetic.” Armani debuted his first collection in Paris, the home of haute couture, with gowns in bias-cut cady fabrics, and delicate gossamer chiffon encrusted with crystal, jet and pearl embroidery. The fruit of painstaking, meticulous needlework created in the couture atelier in the halls of the historic building of via Borgonuovo 11 in Milan, no collection that followed was ever the same. “My aesthetic has certainly evolved over the years; it has taken on more decisive and eccentric elements; it has softened too, in a general sense. For me, the constant is always a balance of simplification with style,” he says. 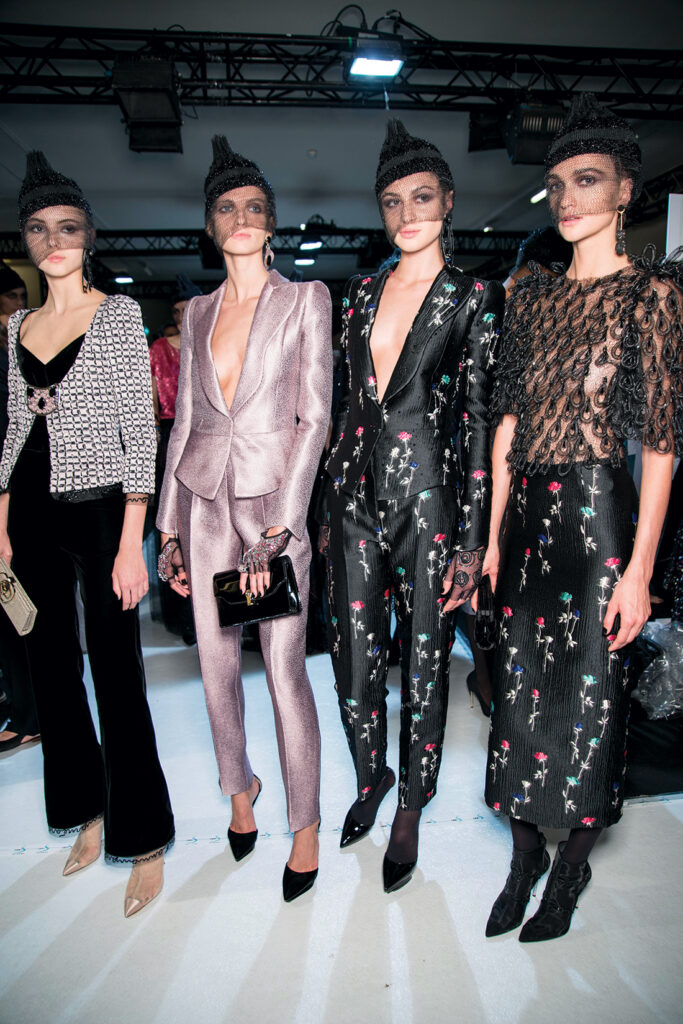 This evolution was clear right from his second catwalk, which revealed the unexpected svelte freshness of modernity through reinvented daywear. It continued through his autumn/winter 2011/2012 collection Hommage au Japon – a tribute to the extraordinary country from whose refined culture the designer has often drawn inspiration – and autumn/winter 2013/2014’s Nude, which was so lightweight and ethereal that it seemed almost magical. One thing is for sure, Armani most certainly had no problems proving his doubters wrong. “This is how I feel I have journeyed as a designer, and Armani Privé has been part of that journey,” he enthuses. “In simple terms, I believe I have become ever- more comfortable with the world of couture, and taken much pleasure in the opportunities it opens up because of the skill of the craftspeople who work on it. I am excited about exploring these opportunities more in the future.” 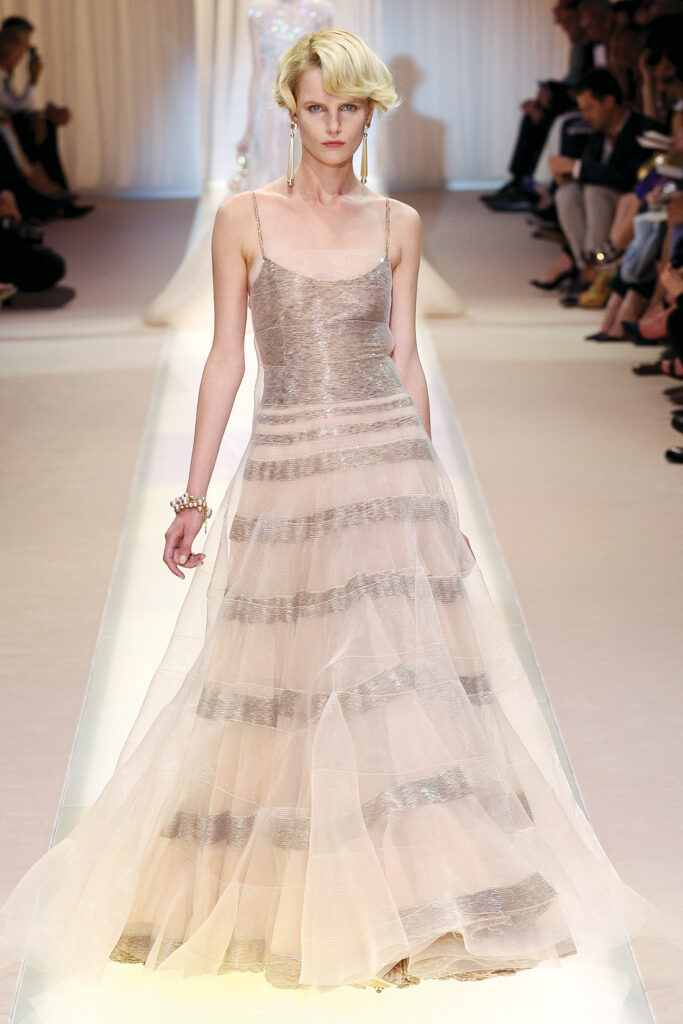 Speaking of what inspires his collections and the processes behind them, the designer says: “Couture offers so much creative freedom, so I take my time; the process to build up a new collection is always meticulous. I normally start by setting a theme and let my team conduct iconographic research to collect historical and contemporary photos and create moodboards. These images are not necessarily fashion-related; we could be looking at a flower, a setting, or a landscape, but they must reflect my original inspiration.” What follows is the search for materials, embroideries, finishing touches and accessories before each outfit is ‘assembled’, with all looks defined a week before the show.

In 2015 Armani celebrated his 40th year in the industry, which provided an opportunity to celebrate Privé with a major retrospective fashion show, exhibiting the first 10 years of the label. At this point in the game, Armani’s place in the pantheon of fashion was firmly secure, but the designer showed no signs of lifting his foot off the pedal. In fact, his spring/summer 2015 collection counted no fewer than 68 looks – more than double the number most fashion houses send down the runway. Inspired by bamboo, conveying a message of delicacy and strength, gold silk jackets with oversized bows and flowing culottes bound with an obi belt all had distinct echoes of Japan – an influence that has served Armani well over the years. To date, he still states that year as one of the most special in his career. “To see a decade’s worth of couture work on the catwalk all together was very special,” he tells MOJEH. 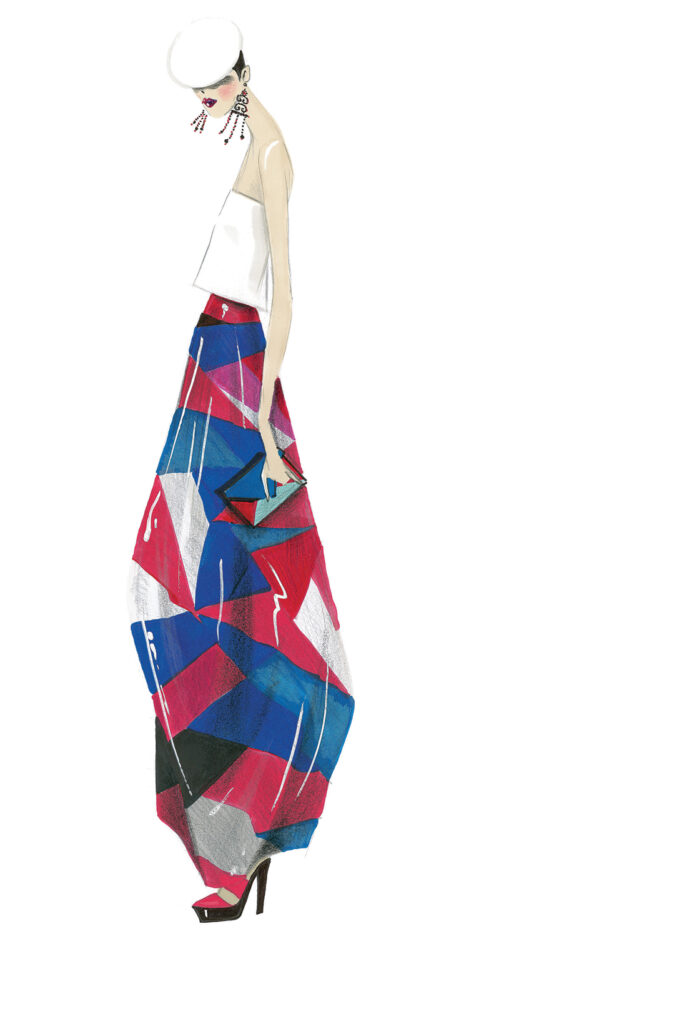 A sketch from Spring/Summer 2021

Although it could not have been foreseen at the time, Spring 2020 would be Armani’s last catwalk show for the some time, and it was an ode to ikat – the Indonesian dyeing technique whose dense, rich patterns seemed to inspire the designer to get creative. Think beaded tulle overlays, embroidered inlays, crystal fringes and layers of guipure lace, he opted for a bold palette with interesting colour combinations, particularly across his statement-making gowns. However, with 15 years of superior craftsmanship under his belt, the creative is one of the last ones standing. In fact, of the select few permitted by the French Chamber of Commerce to call themselves couturiers, Armani is one of just seven not based in Paris – his 50-strong atelier is in Milan. And we’re certain he will continue to thrive for many years to come.

This Christian Dior Exhibition Is Making Its Regional Debut