The Best Looks From Dior Cruise 2022

Dior Cruise 2022 embodies the new generational spirit: that of comfort, functionality and freedom of movement. A nod to the post-pandemic world, whose fashion codes have adapted for functional, non-restrictive styles, tailoring was laid-back and loose-fitting throughout. A selection of cream-coloured suits comprised roomy trousers and a reinvented Bar jacket inspired by the suit worn by Marlene Dietrich. Ethereal, goddess-like dresses akin to the Greek peplos inject femininity into the collection, where Maria Grazia Chiuri managed to avoid cliches by paying homage rather than replicating ancient attire. Gold cuffs, belts and jewellery – including those worn in the hair part – added glistening accents while bright-white sneakers, futuristic footwear and monochrome bowling bags completed the looks. 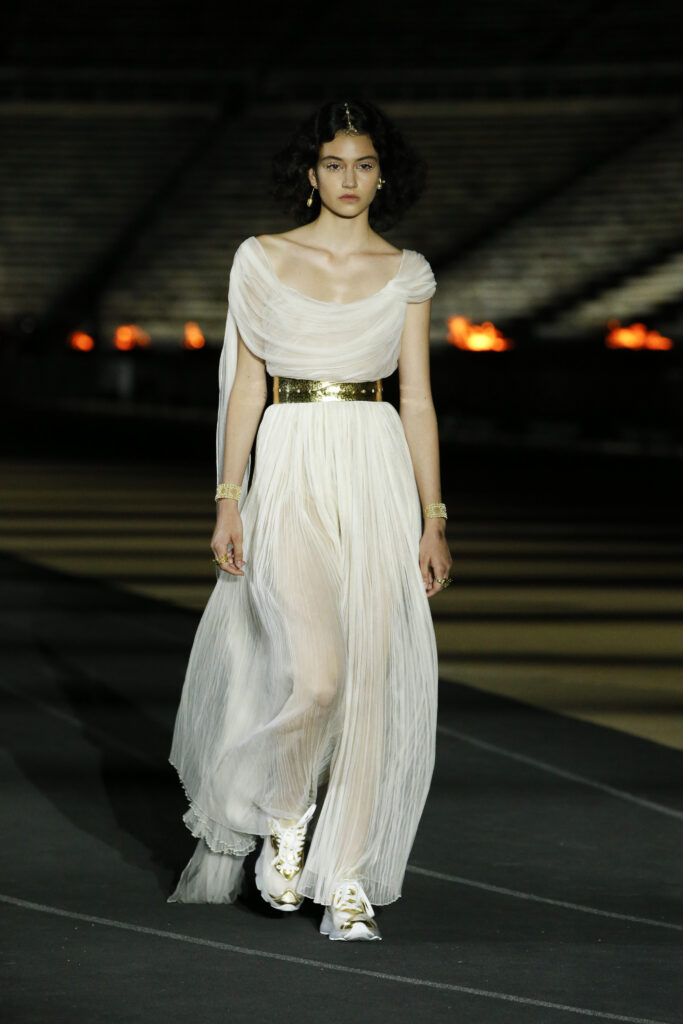 Elsewhere, sporty shapes arrived in a flurry of Greek-blue hues, with abstract patterns inspired by the history-filled nation. Dior’s creative director collaborated with Greek gallery owner Alexandre Iolas who shared his extensive collection of traditional vases, each of which was adorned with artworks of intertwined bodies wrestling. These captivating designs were replicated by artist Pietro Ruffo for Cruise 2022, the sketches coming alive both on minis and splashed onto sportswear.

In keeping with the theme of honouring the land and its age-old traditions, Dior Cruise 2022 was crafted with the help of local artisans. Silk Line, the family-owned silk factory based in Soufli on the Greek border, used decades of expertise to create a Dior motif from houndstooth with metallic-gold threads, as well as a transparent toile de Jouy. Kostas Mouhtaridis inherited the factory from his father and shared that when he found out Dior was coming to visit his factory he “fell to pieces.” “What is happening at the moment is very important to us,” says Mouhtaridis. “We have been trying for so many years.” 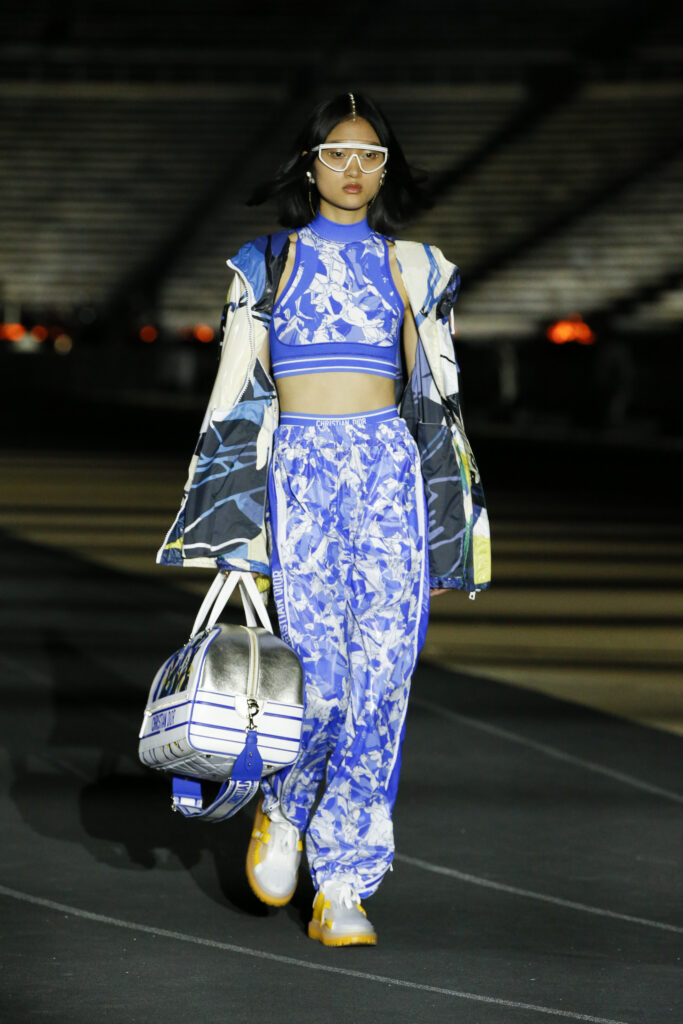 It was only fitting that a sportswear-heavy collection took place in the birthplace of the Olympic games – Athens, Greece – in the iconic Panathenaic Stadium that was assumed to be buried forever until its recovery in 1870. In front of a live audience, models walked the 500-metre-long runway, illuminated by 400 lights and to the sounds of a 55-piece orchestra. The finale was met with thundering fireworks, setting the sky ablaze as Greek-American musician Ioanna Gika performed.

Read Next: The Interview: Maria Grazia Chiuri On Couture, Charms And Christian Dior