Louis Vuitton is no stranger to blurring the distinction between fashion and the arts, and hot on the heels of its much-celebrated ArtyCapucines collection, the French fashion house has upped the ante with a brand-new collaboration with Swiss contemporary artist Urs Fischer - 'Louis Vuitton x Urs Fischer'.

This time around, however, it goes way beyond just one bag, with ‘Louis Vuitton x Urs Fischer’ treating us to a multi-faceted collection spanning ready-to-wear, sneakers, bags and leather accessories.

Best known for his monumental sculptures and installations, Urs Fischer has received international praise for his innovative take on life-size figures, which appear to be made from melting candle wax. Not the first time Fischer has collaborated with the house – he was involved in putting his own unique spin on an Artycapucines bag back in 2019 – the artist has now taken it to the next level by devising a complete visual universe for the house, inspired by his “playfully audacious creative vision.” 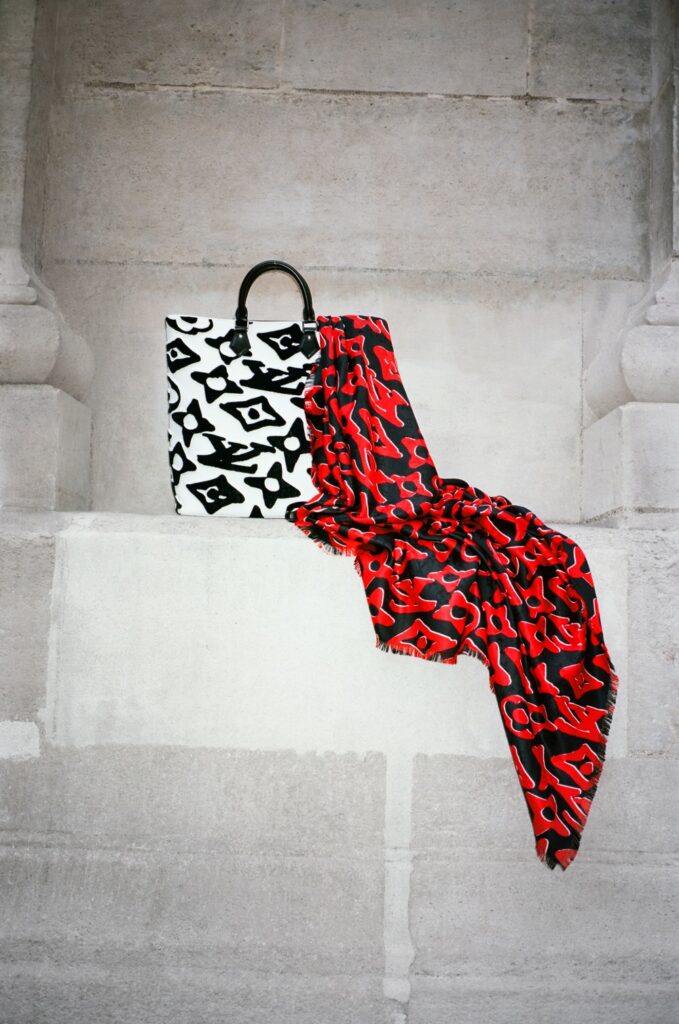 What’s more, the collaboration also includes a series of whimsical window displays in stories around the world, including at the flagship Avenue Montaigne store, where cats asleep in banana skins, snails on crescent moons, an avocado meeting an egg and a bird carrying a giant peach take pride of place.

Until now, very few artists have had the honour of refashioning Louis Vuitton’s signature monogram completely since its creation in 1896 by Georges Vuitton, however at the heart of Fischer’s new collection is his reinterpretation of the iconic pattern, which he has transformed with flowers and a hand-drawing of the logo in psychedelic-looking versions that he calls ‘memory sketches’. Focusing on a bold colour palette of red, black and white, the monogram is meticulously adapted to suit each product across his comprehensive drop, changing in size, perspective, colour and application technique. 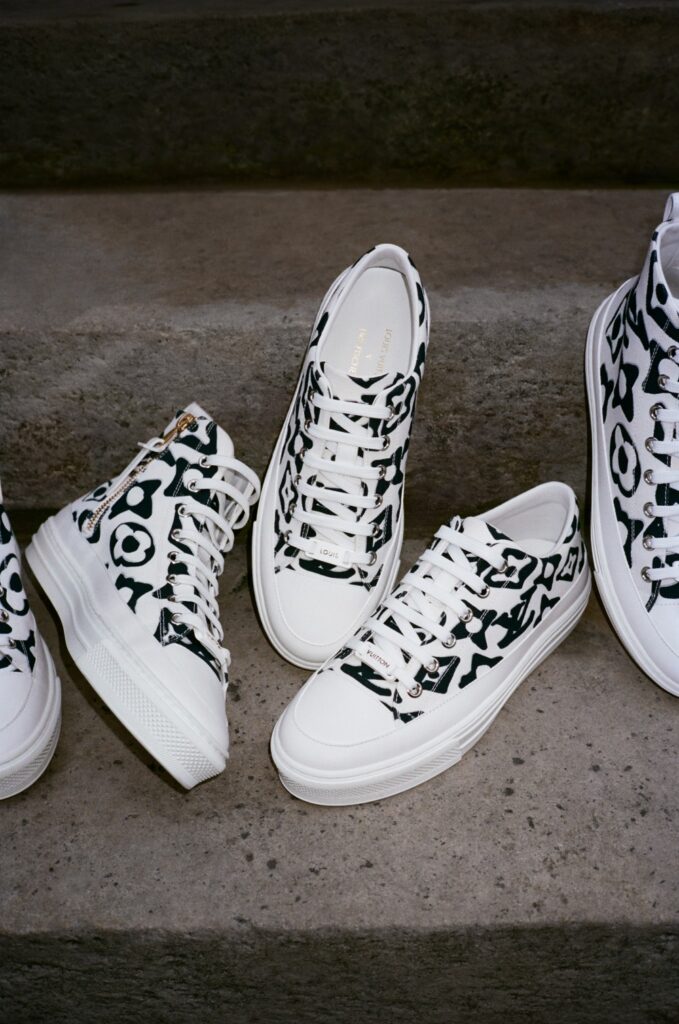 The collection itself comprises seven special-edition bags – a Keepall, Cabas, Onthego, two Neverfull tote bags, Speedys, Pochettes Accessoires and a charming, hard-sided beauty case, with the Neverfull updated in solid black leather printed with a bright red version of Fischer’s updated monogram. As for the iconic Speedy and Pochette, they arrive in white leather printed with black. Ready-to-wear and footwear including a puffer jacket, jogging pants and high-top sneakers are also washed in the artist’s print.

“Artworks don’t really exist in the real world, if that makes sense,” Fischer said in a statement for the launch of his ArtyCapucine in 2019. “They tend to be like complicated children who still live with their parents and don’t want to move out. They don’t go out as much as they should, to challenge themselves.” If his new collection has anything to do with it, however, his artworks will most definitely be out and about in no time.