As Jeff Koons becomes the latest name to join Louis Vuitton’s legacy of leading artist collaborators, we celebrate the influential interaction between the fashion house and its crucial, creative relationships.

Fashion and art have long endured an intense relationship. Indeed, fashion’s most prized possession, Haute Couture, is regarded as an art form. Seminal pairings span from the likes of Elsa Schiaparelli and Salvador Dalí to Jackson Pollock and Cecil Beaton, but one of its greatest love stories continues to unfold.

Louis Vuitton’s involvement with the arts is as old as the house. It makes sense if you consider that its founder was the first to take in Monet’s Impression: Sunrise back in 1874 and the birth of high fashion just so happened to coincide with the 20s avant-garde art movement. During this time Louis Vuitton’s grandson, the visionary, Gaston-Louis Vuitton, who was a noted collector of artworks, would invite artists to work on the displays for his store windows, proposing suggestions from a graphic and geometric standpoint that still feel relevant today. The last two decades have seen Louis Vuitton’s intimate connection with the Arts solidify. Devised at the initiative of Bernard Arnault by Frank Gehry, the Fondation Louis Vuitton aims to make French and international contemporary artistic creations accessible to as many people as possible, while recent campaigns for the brand have seen aspiring young creatives such as 23-year-old student Juliet Casella take the helm with her surrealist collages for the cruise16 and spring/summer17 collections.

Other notable interactions have come from the many artists that the House have enlisted to transform their designs. Proposing a punk aesthetic, Stephen Sprouse’s day-glo graffiti prints captivated fashion editors during the 80s. Although his initial collections were critical hits, Sprouse surprisingly declared bankruptcy in 1985. Having played an important role in the art/fashion crossover, he was later called upon by Louis Vuitton’s then-artistic director, Marc Jacobs, in a revolutionary move that allowed the artist to re-envision the fashion house’s hallowed LV monogram. 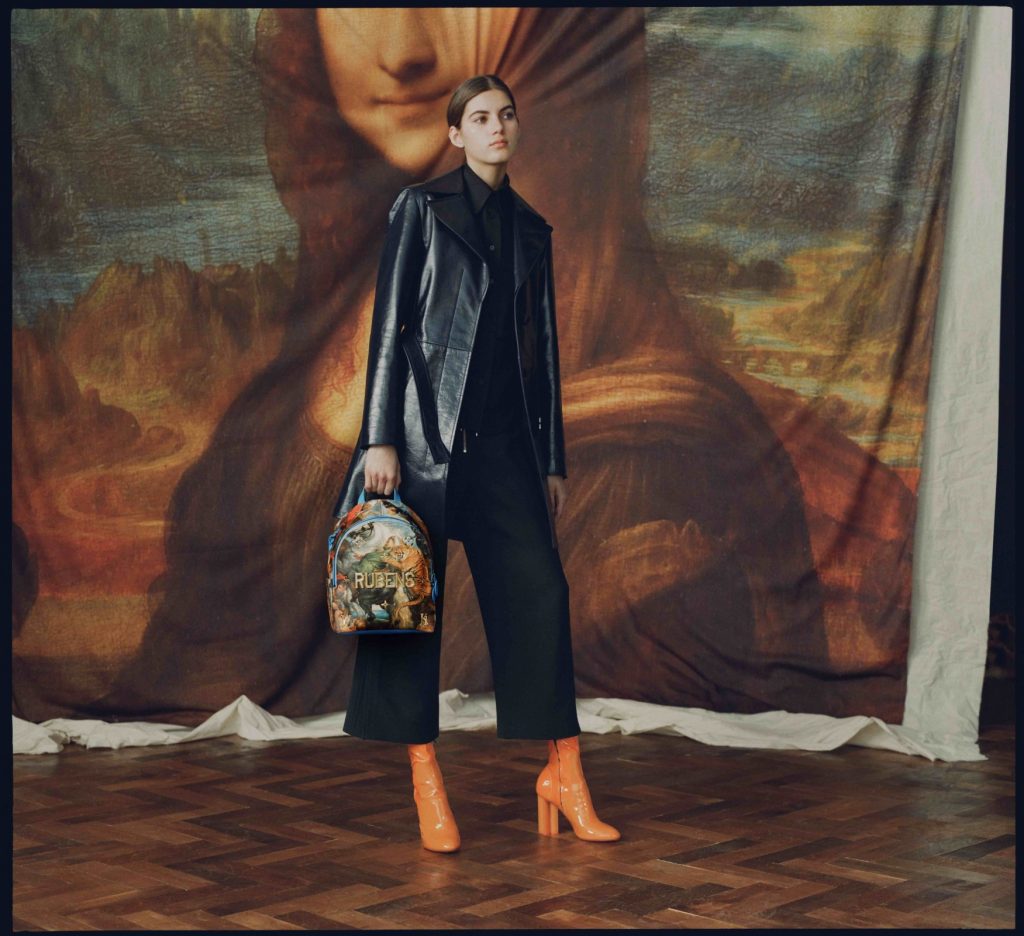 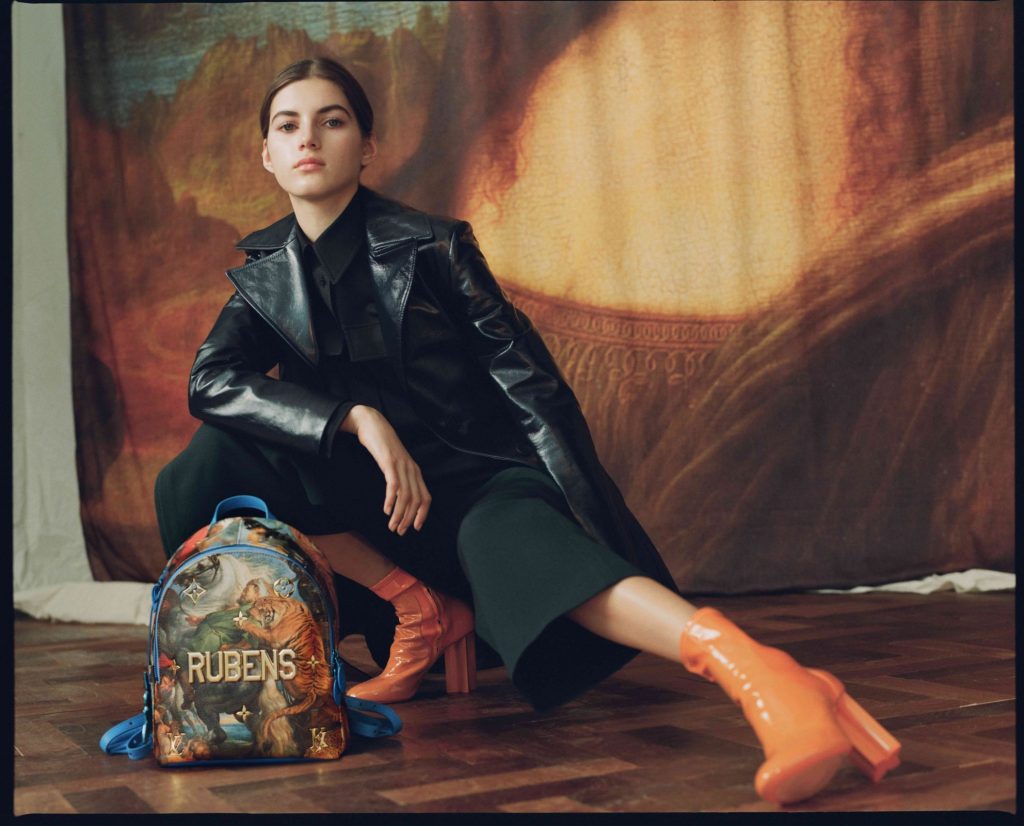 Today, Jeff Koons reconfigures the LV monogram to his own avail, reading ‘JK’; it’s an equally groundbreaking adaptation. Known for his penchant for appropriation, Koons draws upon imagery from his long-standing ‘Gazing Ball’ paintings – a series of large-scale hand-painted reproductions of works by the Old Masters that now reappear on a range of Louis Vuitton products. His recreations come from the seminal works of Da Vinci, Titian, Rubens, Fragonard and Van Gogh and have been transposed on to iconic Louis Vuitton pieces such as the Speedy, the Keepall and the Neverfull.

Looking to these artists in particular, Koons believes the bags place the artist within a chain of influence and inspiration that runs through the history of Western art. Van Gogh loved Gauguin and the Dutch Old Masters drew inspiration from Rubens. Now, by re-presenting these celebrated pieces on Louis Vuitton bags, Koons once again invites viewers to consider these works anew. “The idea of being able to have appreciation for things that came before us, for things outside the self – that lets us have transcendence,” says Koons. “These artists are making reference to other artists…it’s a form of love.” Koons joins the long linage of Louis Vuitton artists that have also included the likes of Richard Price, Yayoi Kusama, and Cindy Sherman. We now have the opportunity to buy into a piece of some of the most important artists of our times. This collaboration is more than just a fleeting reference to the creative sphere, it’s art in its entirety.