May Birthstone: The Emerald Edit

As the arrival of May signals the green shoots of spring, our thoughts inevitably turn to the emerald which, as luck would have it, is also the birthstone of the month. Derived from the Greek word smaragdus, which translates to green, emeralds represent hope, peace, growth, nature and new beginnings – all of which are needed more than ever this year.

Part of the big three coloured gemstones in addition to ruby and sapphire, you’ll most commonly find emeralds in Brazil, Colombia, Zambia and Afghanistan, however most will be heat treated to deepen their green colour as high-quality emeralds are very rare. What’s more, they are twenty times rarer than colourless diamonds, and have always been iconic – so much so that Cleopatra is known to have claimed ownership of every single emerald mine in Egypt during her rule. “To hold an emerald in your hand, knowing that it has witnessed millions, even billions, of years of history on our planet is thrilling,” says Daniel Nyfeler of Gübelin Gem Lab when speaking of the historical allure of these vibrant green gems. 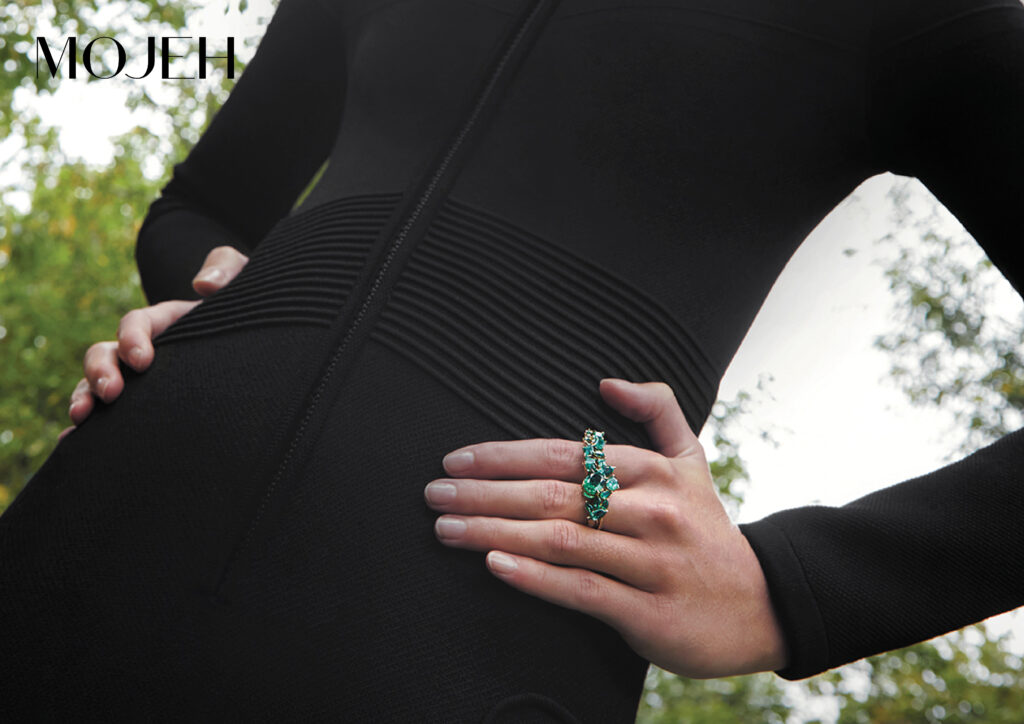 In more recent times, this green stone has been the gem of choice for royalty and celebrities alike – the Duchess of Cambridge wore an exceptional emerald choker and earrings set to the BAFTAs in 2018, while her late mother-in-law, Diana, Princess of Wales, was famously loaned Queen Mary’s emerald choker by the Queen of England following her 1981 wedding to Prince Charles. Elizabeth Taylor was also gifted with a glistening Bulgari diamond and emerald suite by her two-time husband, the actor Richard Burton in the 1960s, and if it’s good enough for Liz…

When it comes to buying, choosing the right gemstone is critical, but you can’t go wrong with Gemfields, who is a world-leading supplier of responsibly-sourced coloured gemstones. Taking pride in mining with integrity, it takes its finest emeralds from its Kagem mine in Zambia, owned in partnership with the Zambian Government (East African emeralds being some of the oldest and most intensely coloured in existence). We’re also loving Fabergé’s Cosmic Curve collection of stackable rings crafted from Gemfields’ Zambian emeralds (there are also versions set with tsavorites, a rainbow of coloured sapphires and Mozambican rubies if that’s more your thing) in 18k yellow, white and rose gold.

From Tiffany & Co’s Soleste ring that’s perfect for an engagement to La Marquise, Boucheron and more, MOJEH rounds up the best emerald fine jewellery on the market that will bedazzle you season after season…

This Jewellery House Is Keeping An Ancient Art Form Alive

24 Editor-Approved Accessories To Shop This Season