By Kelly Baldwin and Rachel Silvestri

To see your future you can’t forget your past – a fact that Bulgari is acutely aware of. MOJEH sits down with the brand’s very own jewellery detective, on a one-woman mission to bring forgotten treasures back home to Via Condotti

“You can’t sell a part of your identity,” says Lucia Boscaini. As a demure, sophisticated and timeless Roman beauty herself, when it comes to identity Boscaini has more than a little in common with the haute fashion and jewellery house she represents as brand and heritage curator. She’s a perfect fit for Bulgari, pride of the Italian capital. 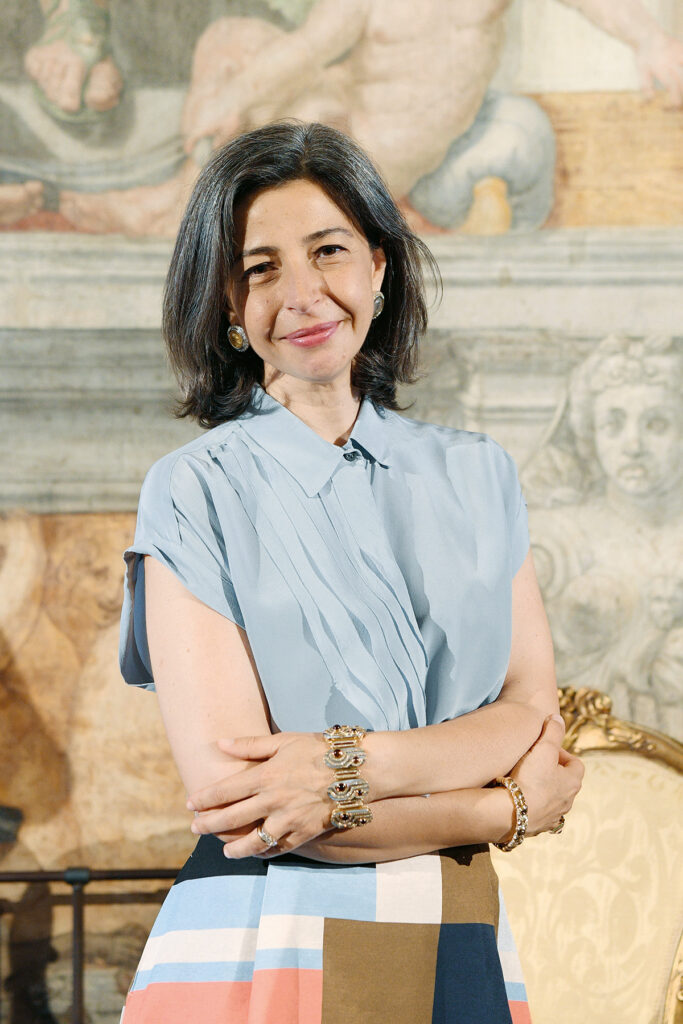 Indeed, the preservation of Bulgari’s heritage has become something of a personal crusade for Boscaini. The Indiana Jones of the jewellery world, her continuing quest is to acquire ever-more important and historic pieces for Bulgari’s private collection, telling the brand’s story through its most unique and significant jewels. A labour of love that has taken years, and will continue for years to come. “Heritage jewels are an asset to us,” says Boscaini, speaking to MOJEH at Bulgari’s exquisite new Dubai Mall store. “That’s why we are buying them back. And once they are in, they aren’t going anywhere. Bulgari began to build the heritage collection in the mid 90s, occasionally buying and collecting but without a proper collection in mind. Then in 2009 we invested quite a lot as we decided to celebrate our 125th anniversary with a huge exhibition in Rome. This was the starting point, the beginning of our collection, and when I took responsibility for it in 2014 we had more or less 500 jewels. Now we have approximately 1,000, but we know that if we consider all our needs, our budget, the quality of the jewels, the ones we own and the ones we are still missing, ideally we should reach 1,500 pieces in the future. Realistically, this will take around another eight to 10 years, because of course in the beginning you have many things to buy because you’re missing so much. But now we have filled so many of the gaps, the next 500 pieces will be challenging and will certainly take some time,” adds Boscaini. 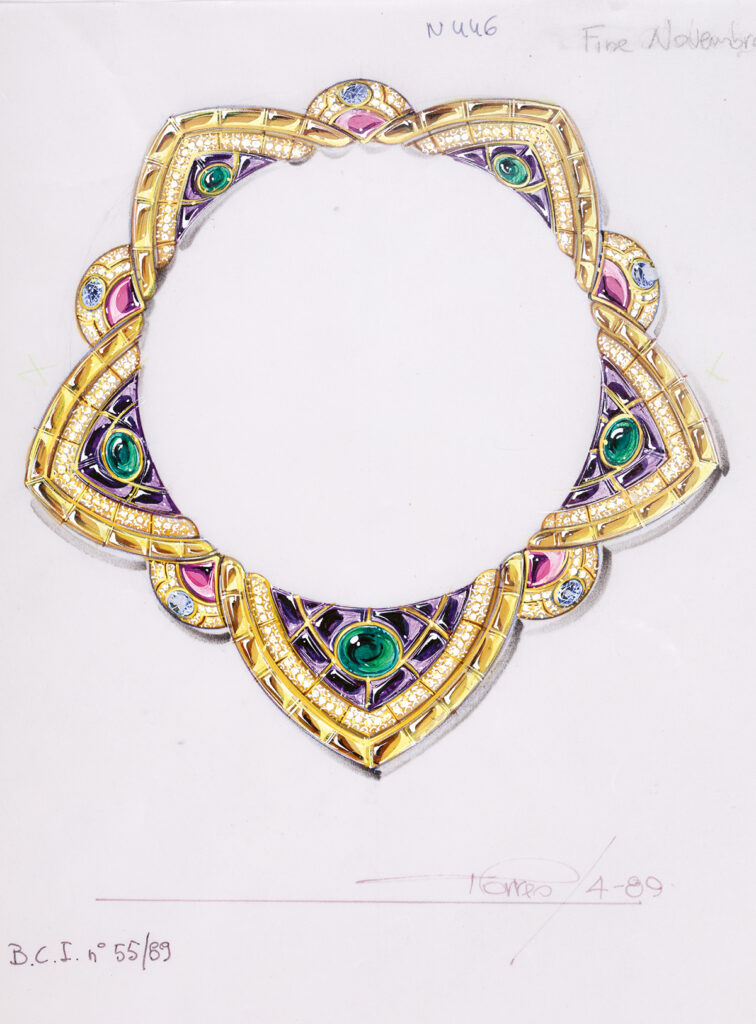 As a brand with such a long and rich history, it’s only natural that piecing together Bulgari’s story will require some patience – after all, Rome wasn’t built in a day. But with such incredible collections and recognisable motifs to enjoy, seeking out those missing gems has its bright side. Indeed, one of Bulgari’s most recognisable collections even incorporates ancient Roman coins into its designs – what could be more Italian than that? “For me, what remains extremely representative of Bulgari is the Monete collection,” says Boscaini. “If I show you a piece you’ll instantly recognise it. You’d 100 per cent know it’s Bulgari. It’s absolutely one of our icons – probably even more than the snake. Of course they are beautiful and very, very well known as being a Bulgari creation. But snakes have been inspiring creativity in art and design since forever, from the Bible and ancient China and Egypt, to other brands such as Gucci and Cavalli. So while snakes are definitely Bulgari they don’t only belong to us. But Monete – well it’s absolutely, undoubtedly Bulgari. Full stop.” 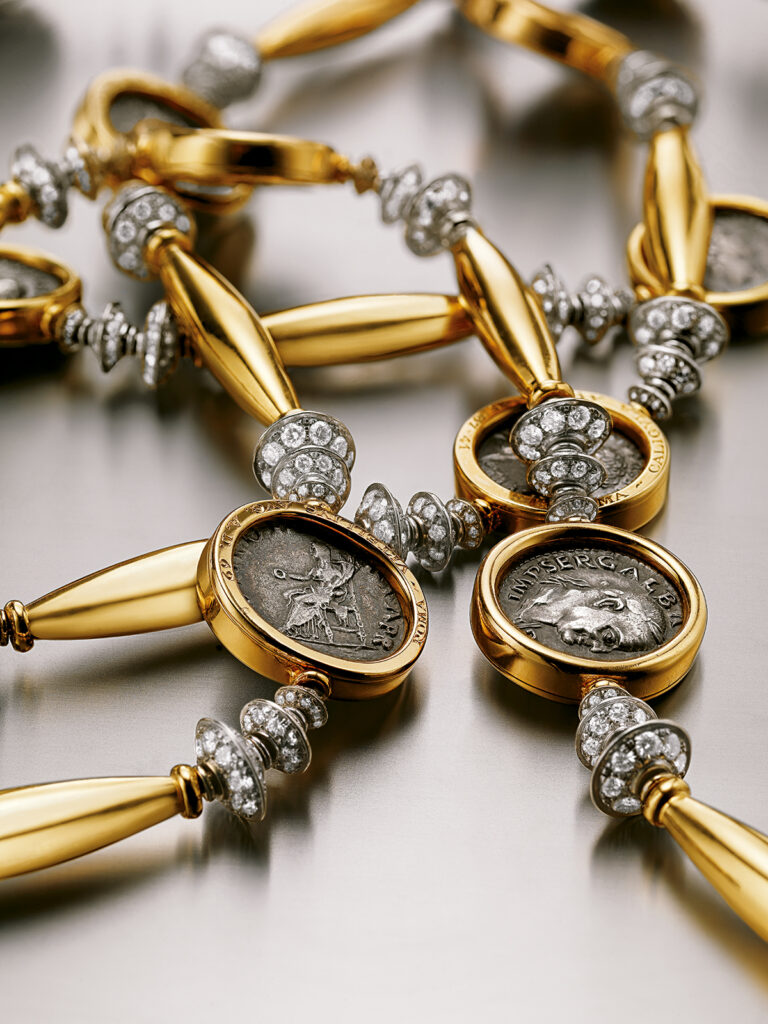 A piece from the Monete collection

The heritage collection is based in Rome, in the flagship Via Condotti store, and as well as housing historic jewels it also incorporates 60,000 documents, pictures and sketches, spanning the decades. This far-reaching record of the brand’s history has an influence on its present too, helping to inform the superlative designs of Lucia Silvestri, Bulgari’s jewellery creative director. “We work together with the creative team a lot, and of course it works both ways,” says Boscaini. “Whenever we have the chance to show the jewels we purchase or are evaluating, we share because it helps the creativity. Or when they have a specific need, for instance, if they want to work on a flower theme and they are looking for inspiration then we help them by going through our sketches to find designs. We do research under their guidance. We also work a lot with the actual pieces; the reality of the way the jewellery works, if it’s flexible, has a certain kind of detail or the way gems are cut… These are elements that are extremely helpful and meaningful for designers, and of course the documents may help a lot too.” 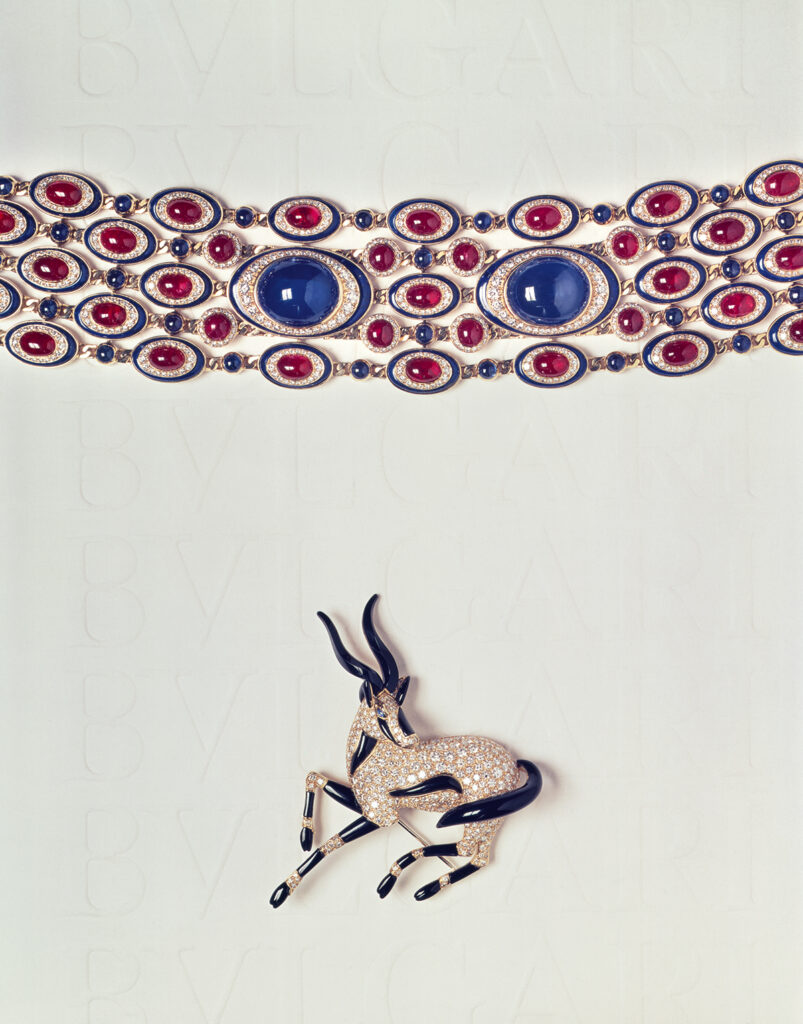 A Bulgari advertising campaign from the 1970s

In fact, the Diva’s Dream collection was partly inspired by a picture held in Bulgari’s archive, despite the location of the actual lotus-shaped necklace in the image being still unknown. Of course, being a seeker of lost treasures isn’t without its frustrations and heartbreak, and even a spirit as tenacious as Boscaini’s has to accept that some are simply gone forever. “We have our sketches and our pictures, so with some pieces we can say with certainty that they were actually produced, but that doesn’t mean they still exist,” says Boscaini. “Especially when there’s a big gem, it may be that it was taken away to sell. We can’t just wait around for the jewellery that we would really like to buy because it’s so rare to find the ones that we really want. My next challenge is to find [the lotus necklace] – the Bulgari brothers say that they remember it being sold in the Middle Eastern region, so I hope that one day it will appear.” 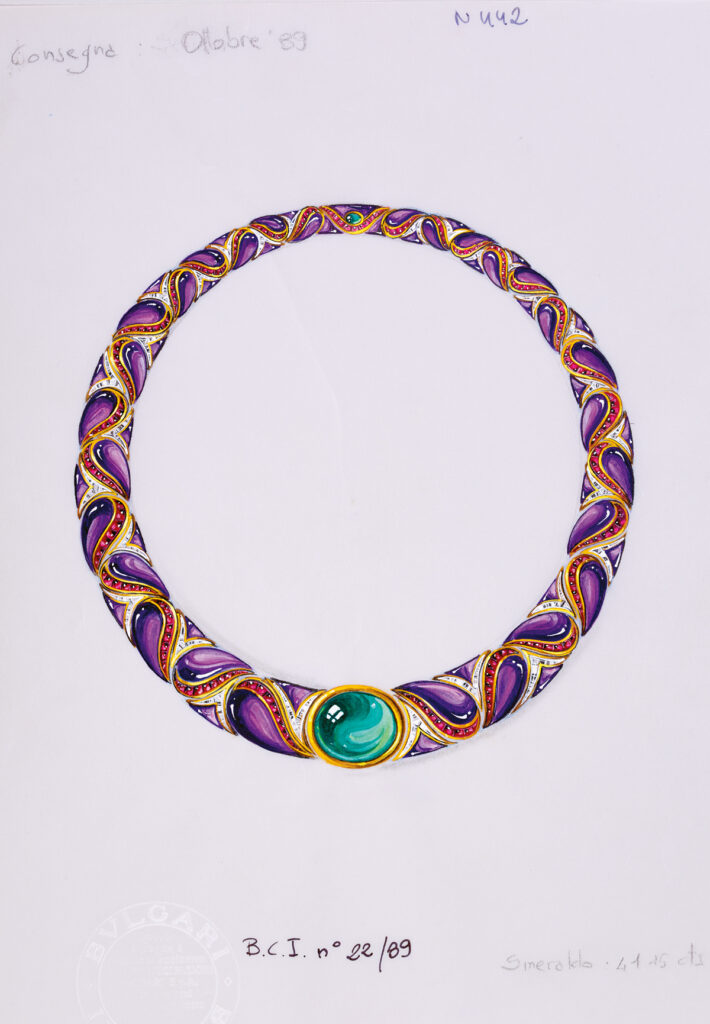 Original sketches are often the only proof of production

Heritage is something of a hobby for most classic watchmaking and jewellery brands, with their collections forming a focal point for identity and adding gravitas to their pedigrees. But when it comes to Bulgari – the first store was opened by Sotirio Bulgari in Rome’s Via Sistina in 1884 – the responsibility transcends jewellery, incorporating the protection of many of Rome’s historic sites. This includes the Roman must-visit Spanish Steps and the fourth century BC archaeological site of Area Sacra, home to the oldest temples in Rome and sadly neglected since the 1930s. However, this is a brand that loves to look as far forward as it does back, a quality that’s reflected in the sheer variety and daringness of the work represented in the heritage collection, and a quality also found in Bulgari’s fans. “I believe that people who love Bulgari are daring, not just for the sake of showing off but rather for their personal enjoyment,” says Boscaini. “One of the elements of the Bulgari attitude is the love for exploring new territories. We continue to create, not necessarily always around the same creative pillars but rather exploring different shapes, techniques and materials. This is very important for our brand.” Looking back, to the future? It’s certainly the right attitude for a brand with a history and a present that sparkle as brightly as any of its jewels.