Can men wear diamonds? A few years ago the answer would have been an unequivocal ‘no’. Today, it’s more likely to be: ‘of course – it all depends where and how’.

In the opening scene of the movie Saturday Night Fever, John Travolta helps define the disco era. Strutting through the Brooklyn streets, with the Bee Gees trilling a high-pitched soundtrack, Travolta’s character Tony Mareno exudes charisma from every pore. His shirt unbuttoned to reveal a shiny medallion set against a chest rug, Travolta circa 1977 was – at least for a fleeting moment – the ultimate in male virility. Yet in the same breath as establishing himself as a fashion icon, Travolta was unleashing a backlash that would eventually see him (and the wannabe lotharios he inspired) pilloried as bad taste figures of fun. So passé did the Saturday Night Fever look become that the term ‘medallion man’ continues to describe men with a penchant for lush body hair and statement jewellery.

Perhaps understandably – given the extent of this derision – it has taken quite some time for the reputation of men’s jewellery to stage a recovery. For much of the past three decades style experts have been taking a conservative stance, advising men that less is more when it comes to accessorising. A watch, a wedding ring and occasional cufflinks were, it was decreed, the safest and surest way for a man to look his best. Lately, however, role models from fashion, sport, film and music have been bringing full-blown bling back into the mainstream of gents’ style. In fact, not only are trailblazers such as Johnny Depp, Justin Timberlake and David Beckham keen proponents of adornment, they are regularly spotted wearing diamonds, that most traditionally feminine of gemstones.

They are not the only ones discovering that diamonds can be a guy’s best friend as well as a girl’s. Stars of the sporting firmament who rock rocks include veteran baseball pitcher Arthur Rhodes and Real Madrid wizard Cristiano Ronaldo, while entertainers such as Michael Bublé, Jamie Foxx, Justin Bieber and Will Smith have all been spotted with dazzling decoration. Meanwhile, diamonds are making prominent appearances in traditional men’s accessories such as watches and cufflinks. “The stigma about men wearing diamonds is definitely over,” says Peter Kerr, the Australian founder of mensjewelleryshop.com. “Men’s fashion has been rapidly catching [up to] women’s fashion in sophistication; it was only a matter of time until jewellery followed suit.”

“Diamonds have always been associated with feminine glamour. They are graceful and dazzling – qualities that are very much associated with women,” adds Pailin Tangsinpoonchai, a Bangkokbased fashion consultant to both men and women. “On the other hand, they are the hardest stones on earth. They are formed with the force and pressure of the elements. What can be a more compelling symbol of [masculinity] than that?” One male-dominated sphere in which jewellery never went out of fashion is the world of hiphop. In the 1980s, when fashion crimes were committed on an almost hourly basis, acts such as Run DMC, LL Cool J and even radical firebrands Public Enemy, stormed the charts armed with risqué raps and a repository’s worth of jewellery draped about their persons. As hip-hop and urban culture has matured, many of its gaudier aspects have been airbrushed. Nevertheless, bling is still the thing for some of its most famous protagonists. Jay Z’s 1999 hit Girl’s Best Friend was an ode not to a woman, but to his collection of diamond-studded bracelets, rings and pendants. Other rap luminaries such as Slick Rick, Method Man and Sean ‘P-Diddy’ Combs are also huge fans of diamonds, buying their rocks from the New York jeweller Jacob Arabo, known as the king of bling, thanks to his relationship with the hip-hop world. Away from urban or hip-hop culture, diamond wearing among men is often just as showy.

Beckham and motor racing ace Lewis Hamilton are often spotted with large diamond ear studs, estimated to be 2–2.5 carats each, giving them a value of at least USD30,500 [AED112,000]. Depp, meanwhile, is currently modelling an engagement ring that he bought for his wife, Amber Heard, for a sum believed to be around USD114,500 [AED420,000]. “It was too big for my girl,” the actor told chat show host David Letterman by way of explanation. It is understandable then, given these unsubtle shows, that diamond wearing is associated with ostentatious displays of wealth. But that is to ignore another strand of diamond wearing, a less obvious way of incorporating the gems into a rounded gent’s wardrobe. This refined style is typified by the fashion for friendship bracelets that has turned, over the past decade, from a never-got-over-my-gap-year tic into a deluxehippie mainstream style, with fraying string replaced by fine leather thongs and diamond-studded gold.

“It is now acceptable for men to wear diamonds at any occasion and on any form of jewellery,” says Kerr. “What matters is how comfortable you feel and, if you are adding diamonds to your look, always remember to make them fit in with your personal style. My advice would be to start with a ring, as it is definitely the safest way to go. Pair it with a watch and possibly a bracelet or two, which allows versatility in colour and texture.” Certainly there’s no shortage of male public figures choosing to publicise their love affair with diamonds, in a tasteful way. At this year’s Oscars ceremony A-listers including Jared Leto and Common wore brooches incorporating diamonds. Michael Bublé and wrestling star David Otunga both pair diamond engagement rings with classic gentlemen’s wear. Other high-profile diamond-wearers include fashion designer Giambattista Valli and actor–director Xavier Dolan. Given this roll call of names from the worlds of sport, fashion and entertainment, one could be forgiven for thinking that diamonds remain the preserve of the creative classes. Kerr, however, believes that men from all walks of life are finding different ways of incorporating the precious stones into their attire.

“Many men prefer their jewellery to be functional, not purely ornamental,” he says. “Over the past decade companies such as Rolex and Tiffany & Co. and jewellers like Thomas Sabo have been incorporating diamonds in cufflinks and on watch faces. This has really helped bring diamonds on men’s jewellery into the mainstream.” Despite the fact that John Travolta is, today, a face of Breitling – a watch company that eschews diamonds in favour of traditionally masculine style – almost 40 years after Saturday Night Fever, the vogue for men wearing jewellery is positively thriving, not merely stayin’ alive. 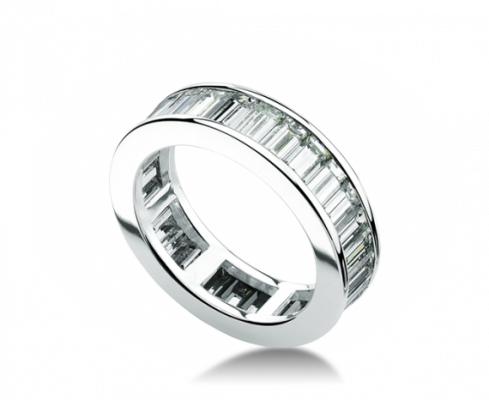 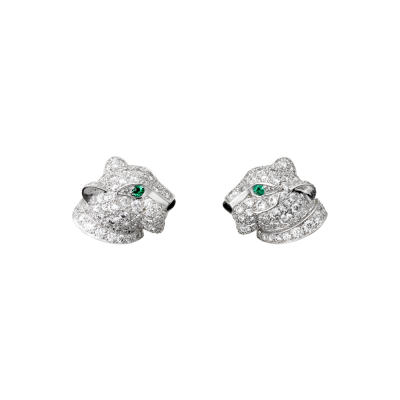