Selim Mouzannar seems destined to have become a jeweller. With gems embedded in his family history and an eye for colour-infused designs inspired by nature, he is a man on an eternal search for beauty. 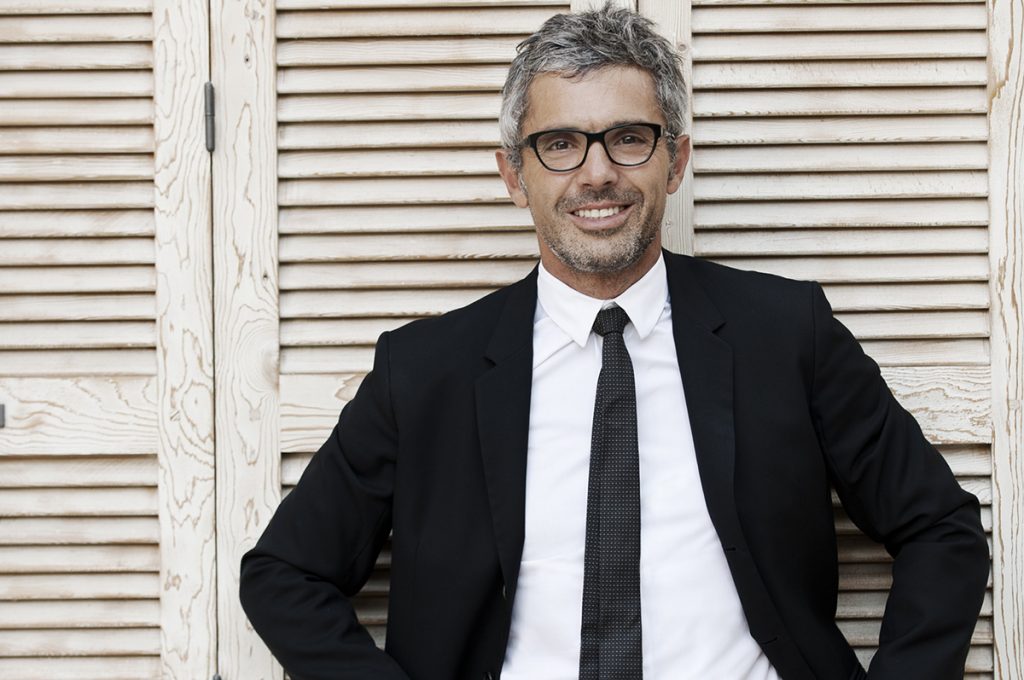 It’s not really inspiration, it’s my life,” says Selim Mouzannar with a smile, talking about a love of gemstones that spans three decades. It’s clear that these stones are more than simply beautiful objects in his eyes – something much more personal. “What I am seeing, what I am feeling, all that is happening around me,” Mouzannar cites as inspiration for jewellery designs that take elaborate asymmetric forms in rainbow-hued tanzanite, diamonds and sapphires. The stones are like living, breathing things in his hands. “I combine all of my energy and all that I know about the work of gemstones: the volume and the cut, the shape of the stone or the jewel or metal itself. In putting together all of these things: this is my DNA”.

Growing up with the gold souks of Beirut as a backdrop – his father and grandfather both were jewellers in Lebanon – and with a family history in jewellery that dates back to the 19th century, Mouzannar chose to walk a less conventional path. A path that meandered through Paris in the early 1980s (where he graduated from the Institut National de Gemmologie), Belgium and Saudi Arabia, took a detour via India, Burma and a ruby mine on the Thai-Cambodian border and ended in Lebanon, where the eternal nomad opened a workshop and brought to life Maison Selim Mouzannar in 1993.

“My universality helps me a lot in my point of view,” Mouzannar muses. “My eyes are opened the more I go around the planet. I meet people, I meet the desert or the ocean – it is all enriching to my view.” Describing his aesthetic as encompassing a “glimpse of vintage but with a contemporary message,” Mouzannar eschews ostentatious tradition, taking a modernist approach – found in softly cut stones, organic shapes and warm tones of rose gold – that defies borders. This is borne out by a loyal following that spans the Middle East, Europe and the US (where Gwyneth Paltrow, Rihanna and Eva Longoria have all adorned themselves with Mouzannar’s charms).

“I am always moving. I cannot stay in the same place, but at the same time the platform in Lebanon is always a very strong source of work and inspiration.” Beirut, Mouzannar’s birthplace and home city, is a foundation amidst the wanderlust, albeit at times an uncertain one, battered by years of regional and civil war. “It’s always challenging me. It’s a territory where, unfortunately, not everything is good. You are constantly questioning yourself: about your life, about relations between human beings, about violence and peace. During these moments a human being is ready to give the worst of himself, which is violence, and at the same time the best of himself, which is beauty. It’s always a war between violence and beauty.”

The craftsmanship and innovation in Mouzannar’s tactile jewellery is surely a counterbalance in his own life to a volatile political situation – a peace offering of a sort, an avenue of escapism for both creator and client. Mouzannar’s reaction to Beirut is a consistent theme of his work, whether in pieces that reflect the city’s historic architecture (a subject that deeply interests Mouzannar, who has restored a historic residence there) or in symbolic linked chains. In the ‘Beirut’ collection colourful gems and crafted gold represent a city that may be bruised but is always full of life. Necklaces and rings are playful in triple discs of tanzanite, emeralds and sapphires, which take centre stage among circling diamonds in pink gold settings. Light and volume come together in these pieces in a way that mixes tradition with effortlessly contemporary design.

“It’s really some kind of escape,” he says of his work, “and it’s a statement. When you are surrounded by bad energy it is a statement if your work is recognised internationally. It gives me a feeling of peace in my heart.”

While home-grown and global inspiration abound in Mouzannar’s world, just as important – to the outside world at least – is the prized commodity of heritage: we look to jewellery Maisons for a long-term perspective, a voice and a sense of history. Mouzannar acknowledges this as a double-edged sword, particularly as it is embodied in his family name. 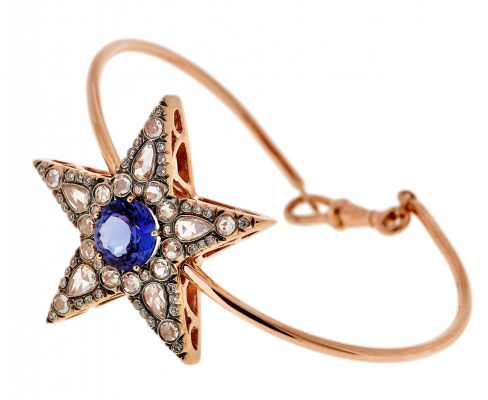 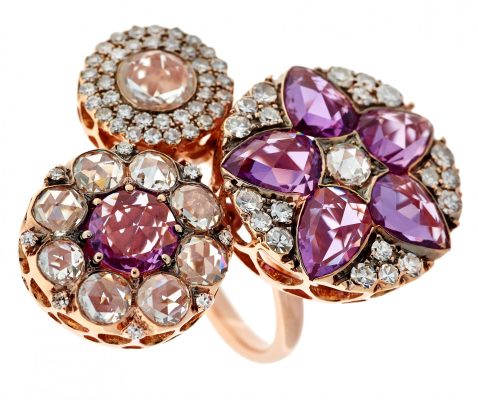 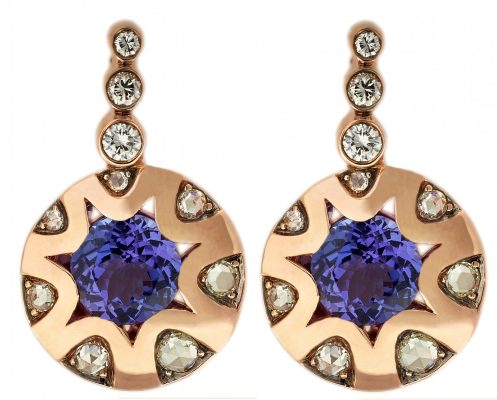 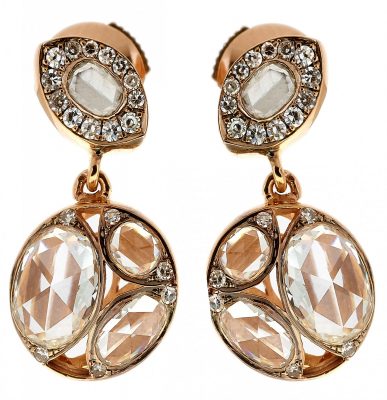 “In the beginning I didn’t believe in my professional heritage,” he says. “I fought it. I didn’t want to be a jeweller. I don’t believe in what the family, my father or grandfather, gave me in that sense – I could tell you my father’s story about how we are called Mouzannar because it means ‘belt’ and we came from Damascus and we put all the gold in our belts. I am the one who made it on my own. I left when I was 17, I worked when I was 22 in Saudi Arabia and then I went to the Far East, to Paris, to Belgium, to New York. I saw all of these things on my own.”

Blessed and burdened as he is by his family name, Mouzannar considered abandoning it early in his career (and occasionally regrets not having done so). Ultimately, in spite of the “inelegant confusion” as he describes it, and the multiple branches of the Mouzannar family in the jewellery business, he takes satisfaction in the fact that his work is the product of his own experience, effort and creativity, reminding himself out loud that, anyway, it is only one detail of his story. “At the end everybody is recognised for his work,” he affirms – as much to himself as to me.

Not afraid to take a risk, Mouzannar has a confidence with coloured stones that has become a signature of his Maison. “I don’t like to be trapped in one colour or one type of gem,” he says. “Now, in this moment, I am into the blues and working very much around the different colours of blue and sometimes purple tanzanite.” Mouzannar’s risk-taking is reflective of an enthusiasm that touches all aspects of his life, from his love of “sublime” nature (“I am very close to nature, I like hiking, I like the sea, I am a sailor”) to his activism as a founding board member of the NGO, Right to Non-Violence.

“Every one of us wants to do something different from the others. I think what I did well was using many other stones, especially coloured stones. Other creators and designers use white and black: neutral colours like diamonds and, if they want to be exotic, coloured diamonds in brown or black. But mainly they avoid colour. Life is colourful!”

It’s true: each jewel, whether representing a galaxy, the Mediterranean Sea or the mythical basilisk, shines brightly in shades from azure to scarlet and everything in between. With his eyes open to every possibility, Mouzannar has frequently embraced creative collaborations. Working with Belgian silversmith and artist Annick Tapernoux most recently, he has also collaborated with furniture designer Nada Debs and painter and sculptor Ranya Sarakbi, resulting in collections as distinctive as they are dazzling. Sculpted cuboid rings in diamonds and white gold contrast with delicate infinity pendants, each piece containing a refreshing sense of the experimental. “I think my point of view is not the centre of the world,” says Mouzannar. “It enriches me to work with others and to listen to them. It also enriches them because we create a conversation. I think communicating today, communication between people, human beings, is very important. To refine and to centre.”

As Mouzannar prepares to present a new collection, Mist, first in Paris and then New York, we can expect another colour-wheel of gems to cast its light. His gems don’t glitter, they glow, infused with a sense of adventure, a modern attitude and a dose of eternal optimism. “It’s a style of life,” he says, “You cannot really separate the different parts of my life.” When I ask Selim Mouzannar at what point he truly became a jeweller, he gives the answer he always does and always will: “Tomorrow.”