Timeless glamour or frivolous fun? MOJEH asks the women who party for a living what they’ll be wearing throughout the festive season 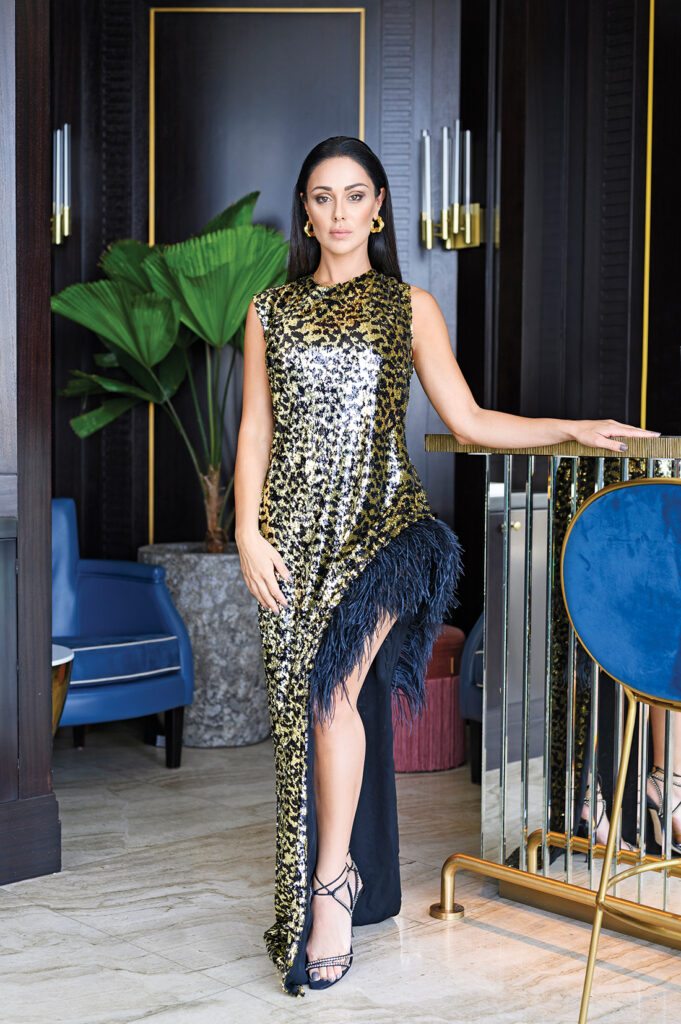 As one of the region’s most in-demand artists, Layla Kardan’s diary for the forthcoming party season is, unsurprisingly, packed.

Performing all over the Middle East as well as Europe, Asia and her homeland of Australia, after spending Christmas in New York, the 34-year-old singer will be entertaining a VIP crowd at a private party in Dubai as the clock strikes midnight this New Year’s Eve.

“I’ve been lucky enough to perform at some seriously ‘wow!’ parties over the last few years,” says Layla, as she poses for MOJEH’s photographer in a stunning sequinned and feathered SemSem gown paired with Sergio Rossi sandals. 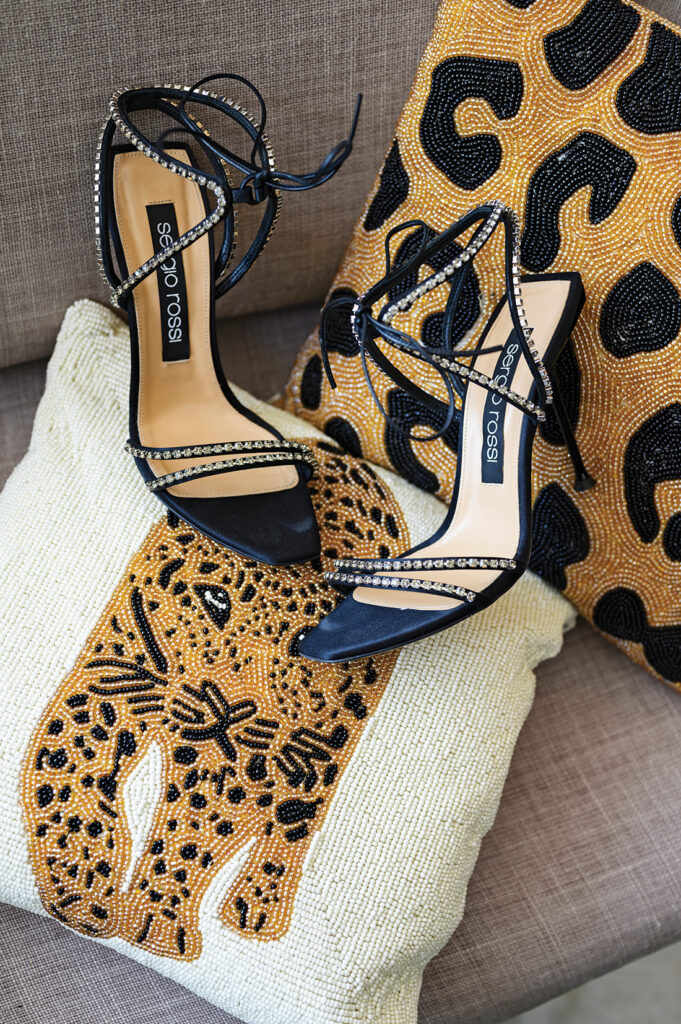 “I performed for French Montana for the GQ Party at the F1 in 2018, and more recently for Victoria Beckham. But one of the most incredible performances I’ve ever done was at an annual event for Chanel in Singapore’s Marina Bay Sands, where they lmed Crazy Rich Asians. I was dressed head-to-toe in Chanel, and was in absolute heaven! Everything about that party was out of this world.”

With such a hectic perfomance schedule, while Layla admits she much prefers dressing for daytime, her eveningwear wardrobe invariably takes priority as she’s on stage so frequently.

“My idea of modern party dressing is masculine cuts that are sexy and playful. No tight or frilly frocks!” she laughs.

“I like to be experimental when I’m dressing up at night, and love to express myself through my clothes. My style varies from bohemian to sleek-chic, to ethnic wanderer. It depends on my mood, or where I am. I don’t like to restrict myself to any one style.” 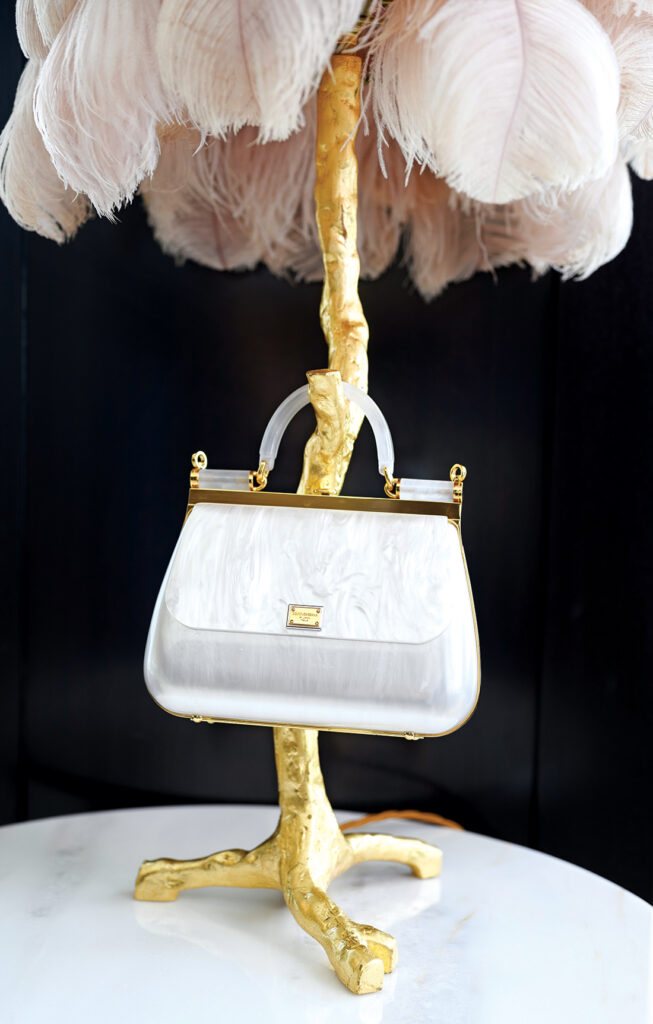 With the monochrome, contemporary designs of Alexander Wang and Phillip Lim a favourite, offset against the boho deluxe aesthetic of Etro and Temperley London and the rock chick drama of Alexander McQueen, when it comes to regional talent, Layla looks to the traffic-stopping designs of Mrs Keepa, Arwa Al Banawi and Kristina Fidelskaya for both off-duty looks, and when she’s performing.

Choosing an oversized trouser suit worn with a slinky camisole as her favourite look for this year’s festivities, when it comes to party season staples, Layla’s beloved black silk wide-legged pants, statement earrings and a killer pair of heels will always be her go-to, along with a choice of style muse: “Sometimes I feel like being Solange, other times I’m feeling more Beyoncé. It just depends on the day.”

Layla Kardan Is Married! Here’s What She Wore On The Big Day