How to end a couture season like no other? By showcasing a surreal performance that reaffirms haute couture’s ability to take our breath away — even if it’s absorbed through a screen. 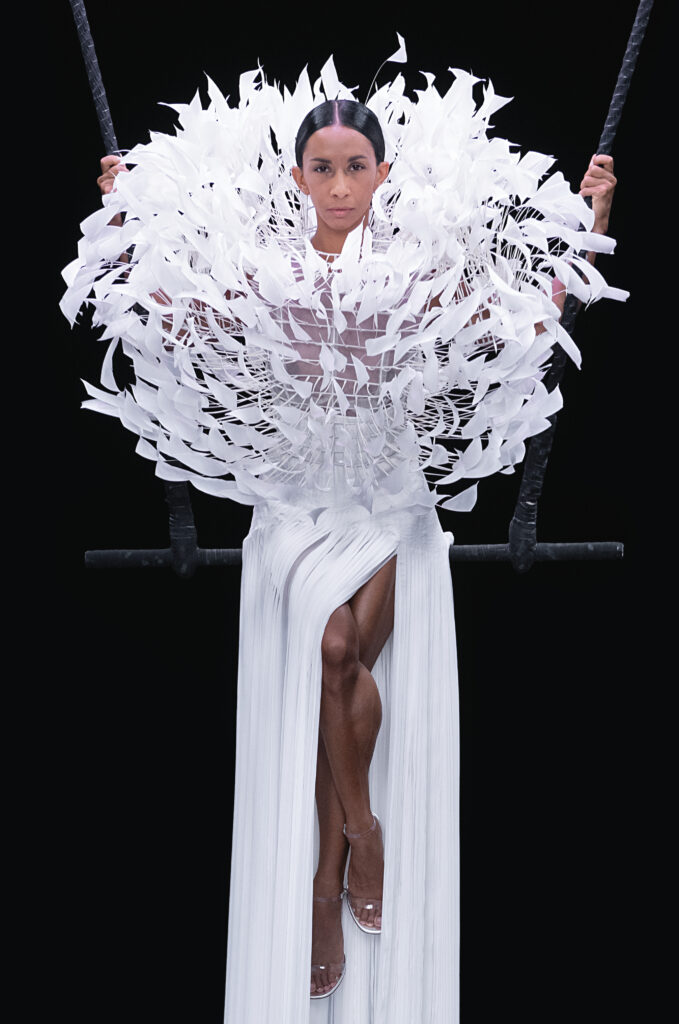 Bringing viewers into a new realm of fantasy, Valentino’s autumn/winter 2020 couture collection was unveiled through a mix of cinematic film and live performance, titled “Of Grace and Light.” A collaboration between the house’s creative director, Pierpaolo Piccioli, and photographer, Nick Knight, the presentation fused silver screen glamour with high-tech graphics and surreal silhouettes straight from a dream.

The opening sequence revealed Nick Knight’s brightly-hued images projected onto garments, transforming all-white gowns into reimagined works of art. “A dream of pure fashion in which the painstaking work of the ateliers is handed over to artist Nick Knight to bloom and flourish in light” read the collection press notes, as Knight’s graphic florals, explosions of nature and abstract pixels took full advantage of the digital format. 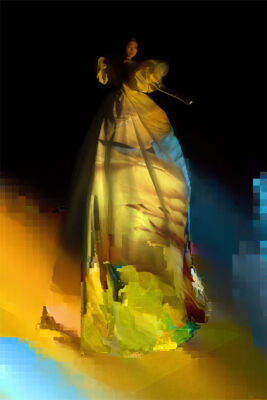 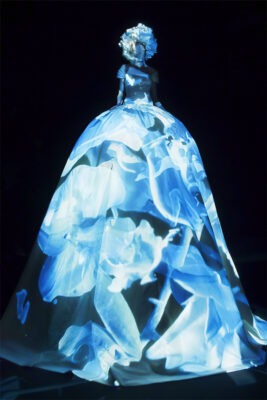 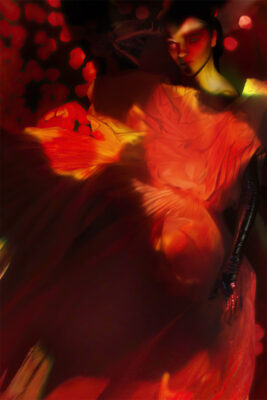 This burst of colour and creativity — that saw models spin on trapezes and float eerily through the air — was followed by a live performance at the Cinecittà Studios in Rome, where a small local audience witnessed fifteen silhouettes showcased on a dark stage, while FKA Twigs played softly in the distance.

Exaggerated and whimsical, the collection revealed fanciful feathers, voluminous skirts, over-the-top frills and shimmering sequin bodysuits worn under sweeping capes; all in a white and silver spectrum. Extreme in length and shape, the looks literally took the craft of couture to new, radical heights that dared viewers to dream with open eyes. 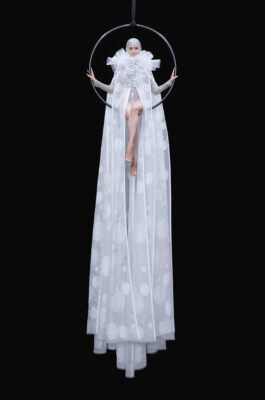 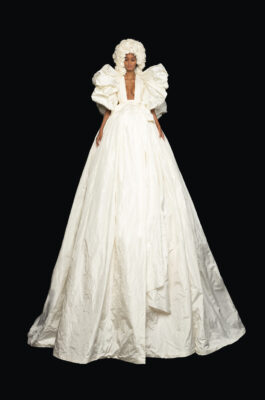 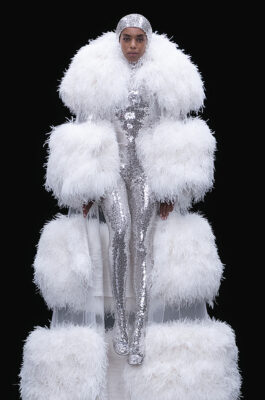 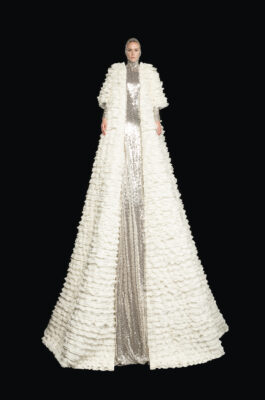 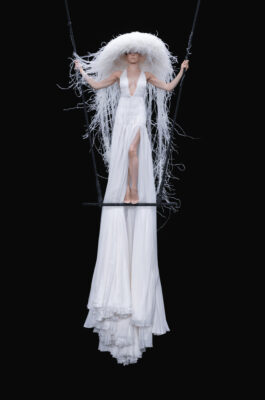 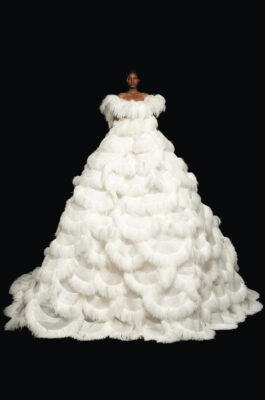 The perfect finale for the first-ever digital haute couture season, Valentino’s AW20 couture collection was an exquisite display of craft and provided an elevated experience to escape within.

Read Next: Ralph & Russo on creating a new form of enchantment