Meera Adnan On How Her Hometown Inspired Her Debut Collection

Despite not having an interest in fashion while growing up, Palestinian Meera Adnan says she turned to design as a teenager as it represented a creative way for her to express the political and social realities of her homeland. “It was a nice way for me to express myself without having to have a conversation. I think garments can tell so many stories without having to use words,” she says. Born and raised in Saudi Arabia until she was 12, Adnan the moved back to Gaza with her family in 2004 and says it was the “best thing” as it allowed her to connect with her home and her background. “When I moved back home, I felt like finally this is where I want to be. I want to be around my family, my home, despite the intense political situation.”

After completing her studies in accounting, Adnan won a scholarship to study international business at the prestigious University of St. Andrews in Scotland, and as the course was very research based, used the resources available to her to start planning how she was going to start her own label. After a stint in Germany, she then moved to Turkey to begin manufacturing her first collection, while simultaneously taking remote courses at the London College of Fashion. “I was learning day-by-day. I would go to the fabric suppliers and get samples and then I would go home and do my research and then go back. It was like starting from zero,” she admits. 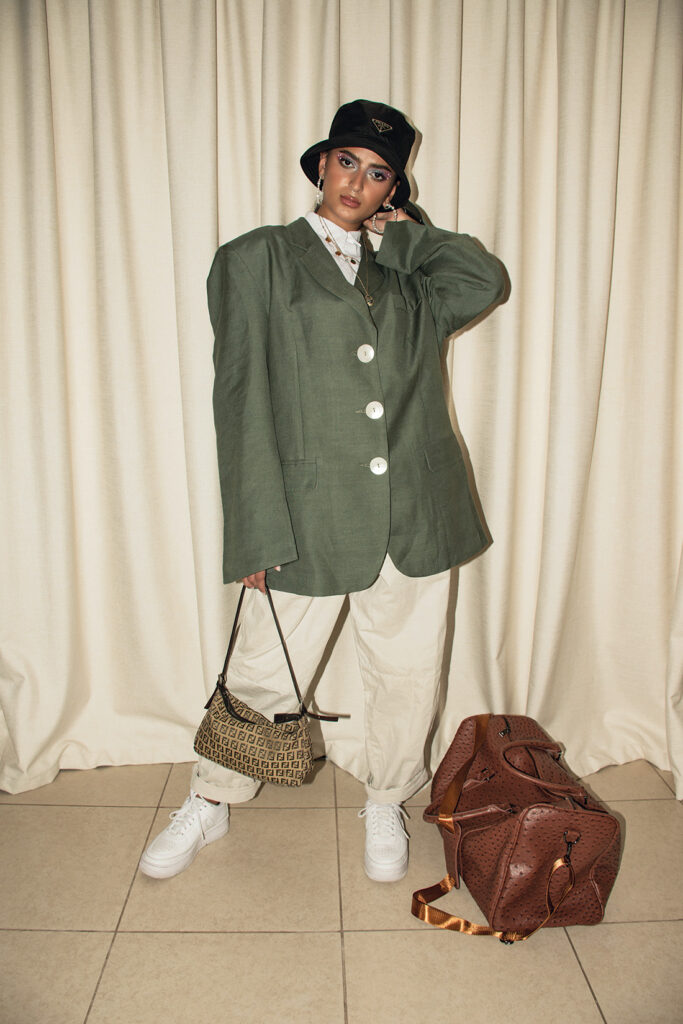 She describes her first collection, which focuses heavily on suiting and launched in March 2020 in Dubai, as “romantic and nostalgic”. She explains, “I wanted to recreate a picture I have in my mind of how Palestine was in the 1970s and ’80s when my parents were young, about my age now. And I wanted to do something that is reflective of that era. When I see the pictures of family members, I see them being very spontaneous and romantic and very expressive in the way they dress. Women used to have these puffy big sleeves, colourful skirts, even the way they did their hair was very different. I see how the world sees Palestine and Gaza and they don’t see how we’re very diverse.”

However, she wants those who discover her brand to see her first as a designer and not someone who is solely trying to spread a political message. “My existence is already very political, which is something I didn’t choose, so when people interact with my brand, I want to first be introduced as a designer,” she shares. “I want people to buy my pieces because they think they look good.” Explore Meera’s collection at meeraadnan.com

Read Next: How To Wear Sublime Suiting

Arab Fashion Week Has Been Postponed