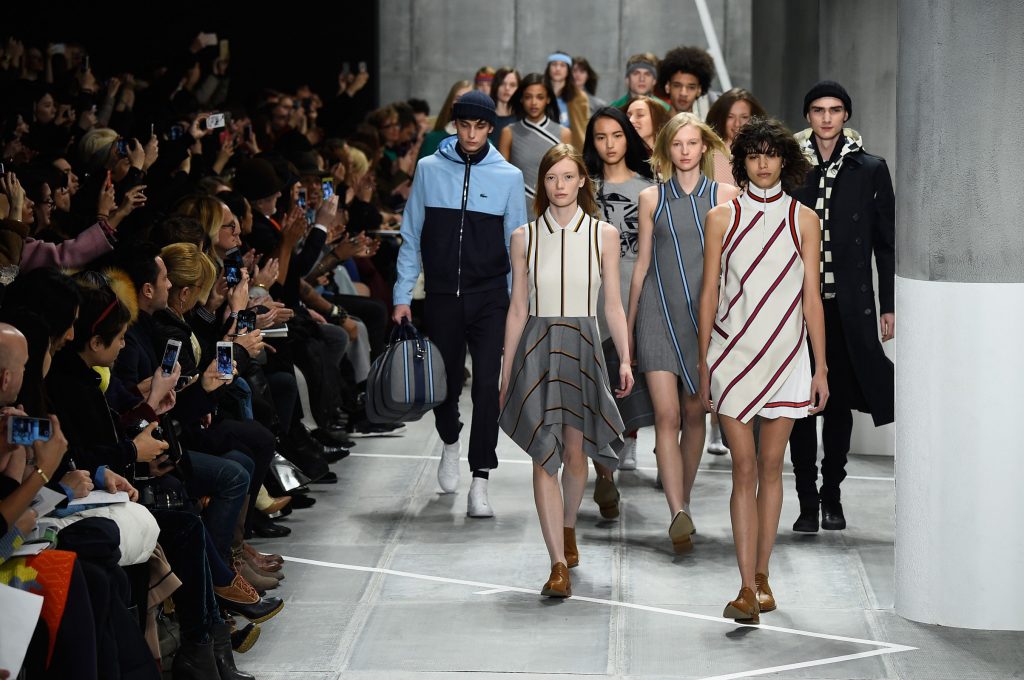 It’s a hard task to surprise the fashion crowd let alone New Yorkers – but Lacoste’s Felipe Oliveira Baptista shocked us from the start with a chorus of tennis-clad riffs for autumn/winter 15. 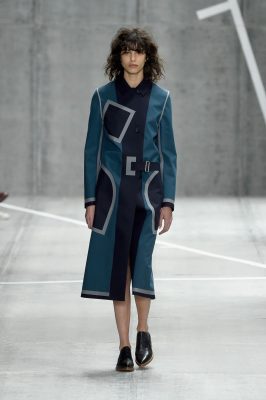 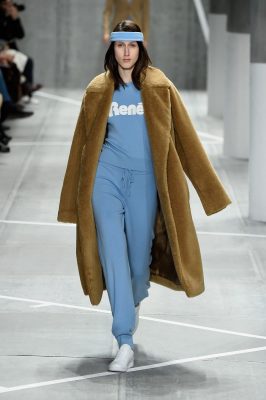 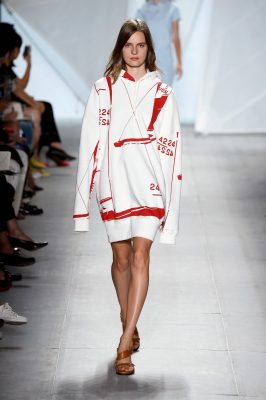 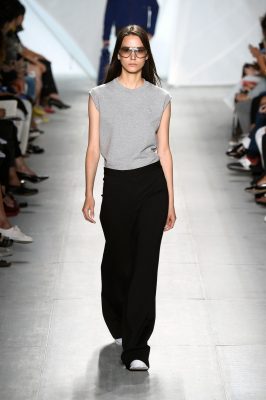 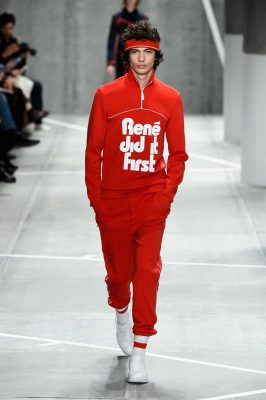 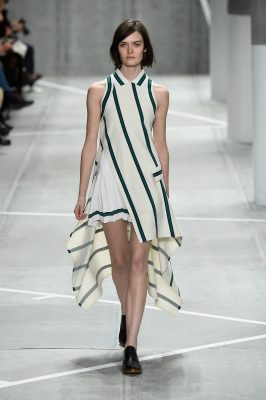 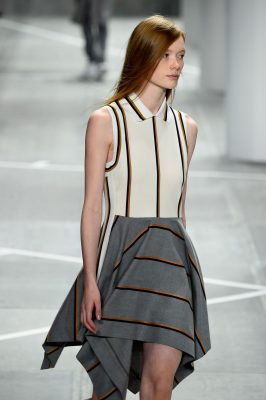 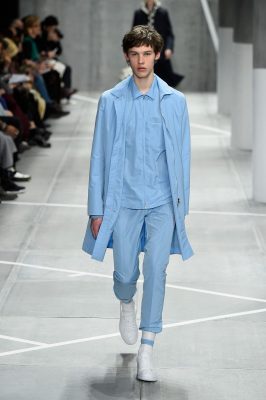 With a thunderous boom not once, but twice the crowd were awoken from their snowy-filled dreams. It was a welcomed move. Fighting the elements of glacial winds, ice-capped mountainous pavements and a temperature in the minus, the fashion press were hungry for a warm energetic flow. 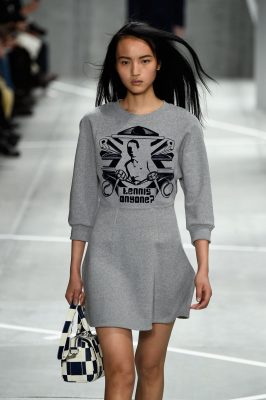 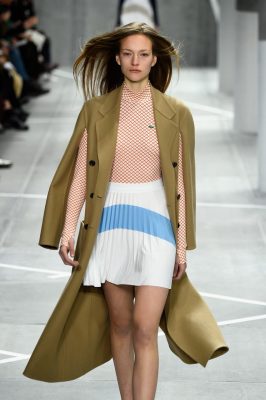 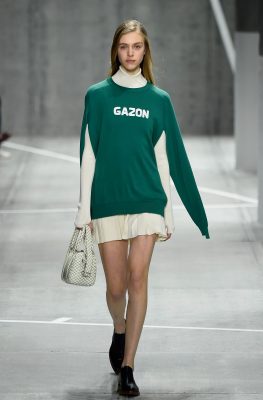 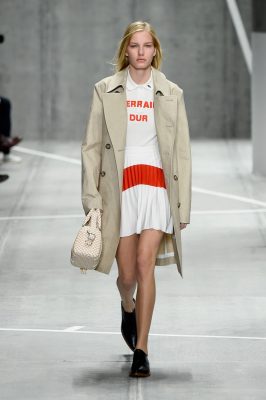 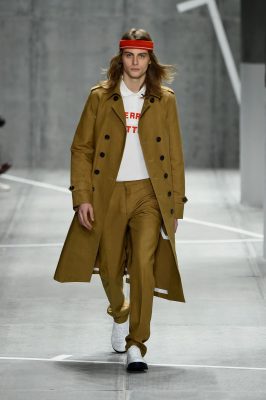 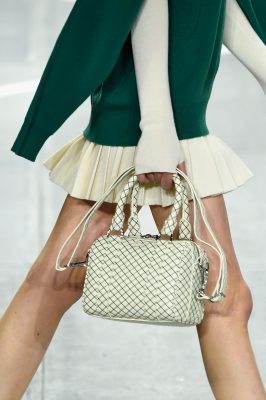 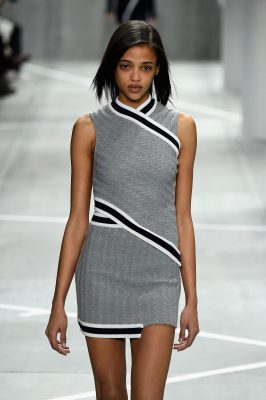 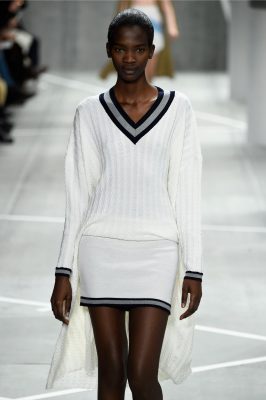 Taking us on a trip to the green, green grass of home, a spot of tennis was in play. Pounding the runway to French MC Solaar rap, models were kitted out in Seventies sports attire. From colourful sweatbands to bright whites, the historicism of the game was felt. You could hear John McEnroe yelling from the back of the court with René Lacoste. It was all very street-wise with retro graphics and tramline stripes (a staple synonymous with the label). Telling us ‘René Did It First’ – a mild reference to the French’s stake in street-inspired sportswear that has been a constant game changer over the past few seasons. Softly tailored suits and camel-coloured teddy bear-esque coats added an element of depth to a runway awash with tracksuits. With a young aesthetic and all-at-ease appeal, Baptista’s vision said: Game. Set. Match.