For Louis Vuitton’s SS21 collection, Nicolas Ghesquière posed the question ‘What does an in-between garment look like?’ — pieces that slot into a stylistically vague space, neither masculine or feminine, but somewhere in-between. Ghesquière translated his notion of genderless fashion into oversized, slogan-heavy tees worn as dresses; baggy trousers cinched in at the waist by bulky belts; brightly-hued basketball shorts paired with crop tops; and sparkly suiting in androgynous cuts.

Clothes were used as influential tools from the start, the first look was emblazoned with the word “VOTE,” and the silhouettes that followed ushered in a new style of dressing, one that dissolved definition but was still extremely powerful — and fun! Flecked with ‘80s references (splashes of bold colour, exaggerated shoulders and busy prints), the collection also felt futuristic — in keeping with Ghesquière’s tendency to blend the past, present and future — with high-shine fabrics straight from outer space and cushioned puffer boots that offered an elevated take on our lockdown slippers. And fluid coats, clog-style shoes and an apple green bucket bag went straight to the top of our next season wishlist. 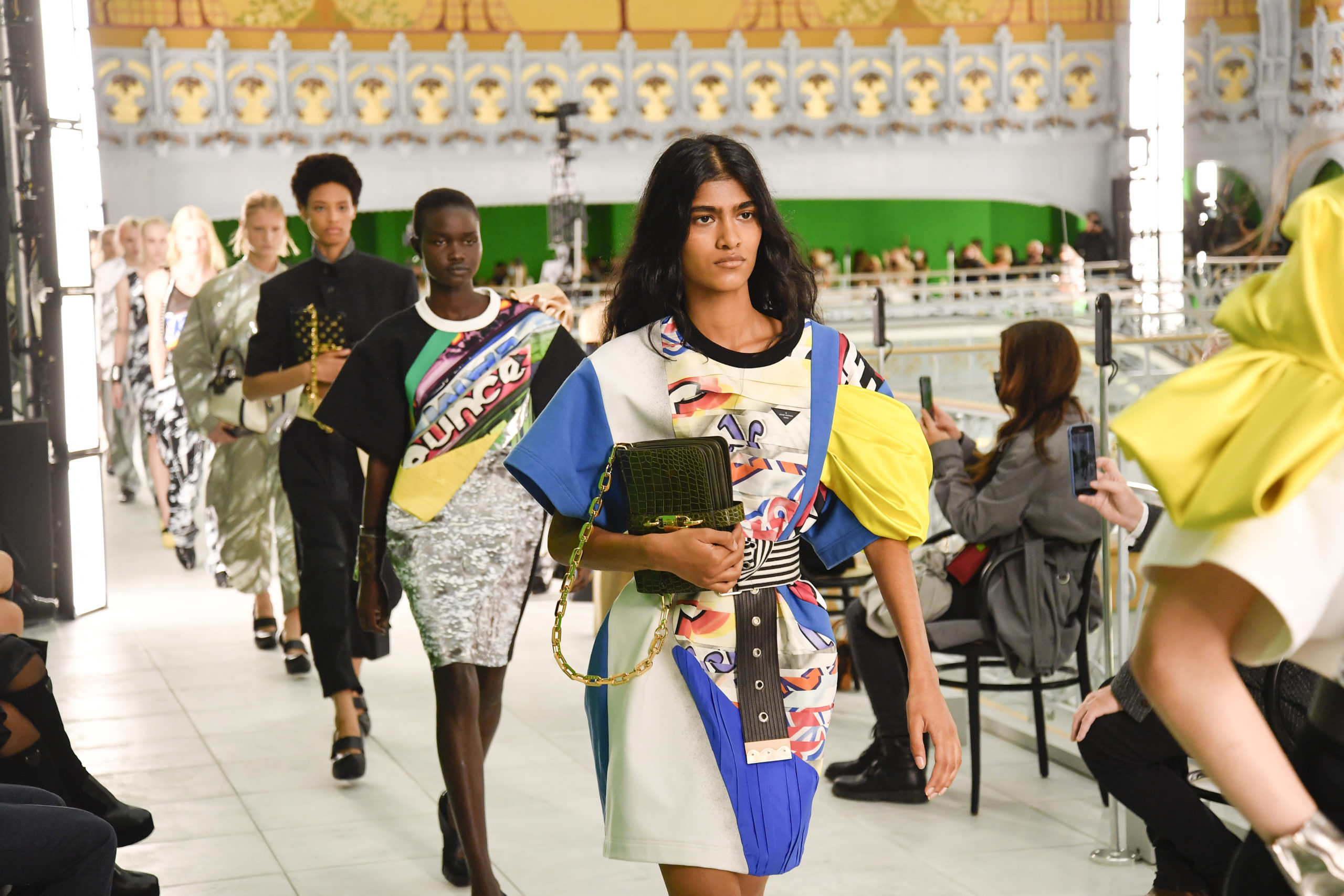 Just as impactful as the clothes, the show was one of the most immersive experiences of fashion month, for viewers near and far. Staged in the newly renovated La Samaritaine — an LVMH-owned Paris department store — the venue featured 360-degree virtual cameras that swept across multiple levels, and floor-to-ceiling green screens that added another dimension to the show. Scenes from the 1987 Wim Wenders film Wings of Desire were projected onto the walls and the floors to create a cinematic fantasy for the audience and those of us tuning in from home.

Exploring genderless fashion in a setting that pushed the virtual boundaries, Ghesquière told us to wear what we want, how we want, where we want. Rules need not apply for spring/summer 2021. Scroll below for some of the looks we loved from Louis Vuitton’s SS21 show. 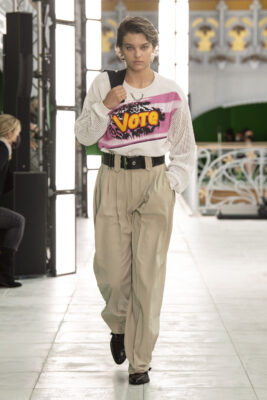 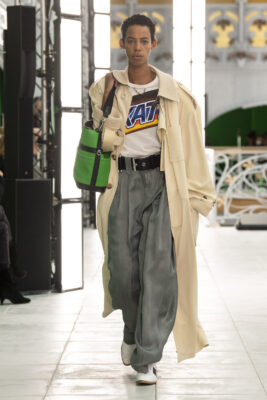 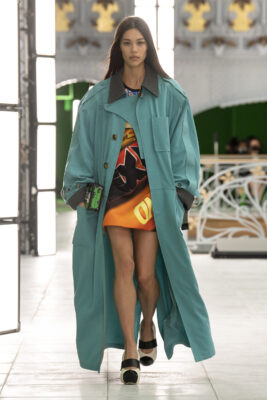 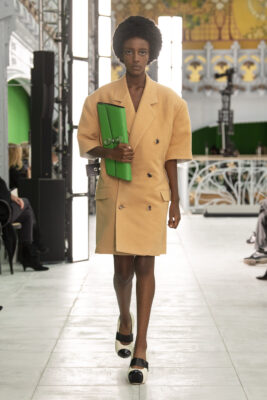 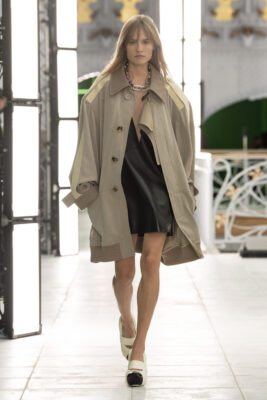 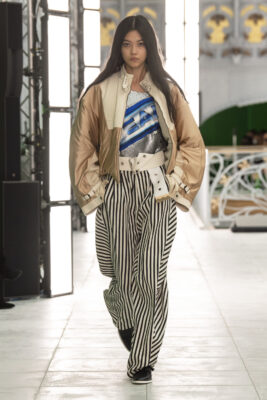 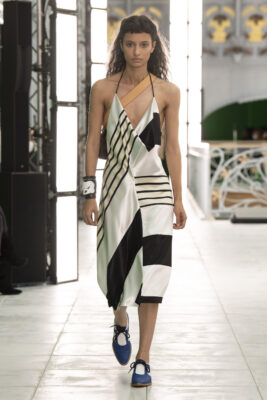 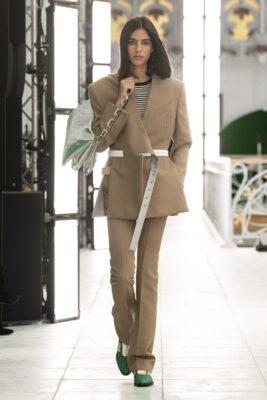 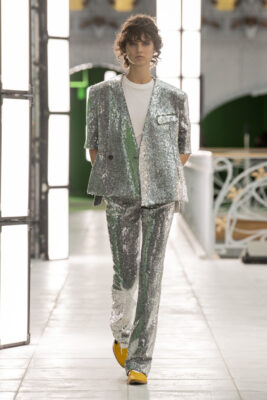 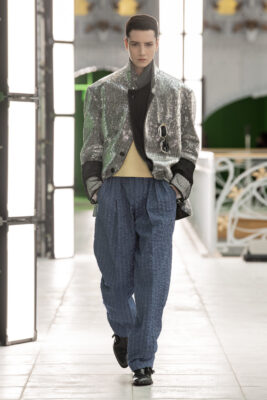 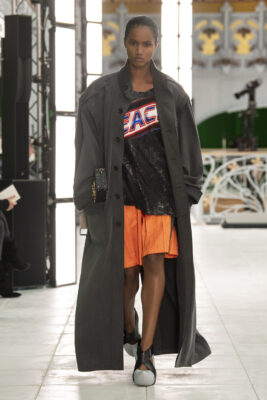 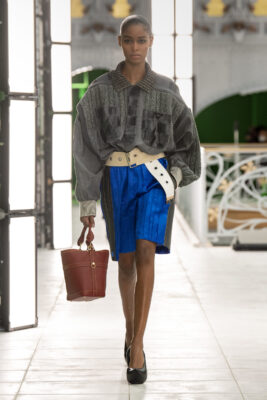 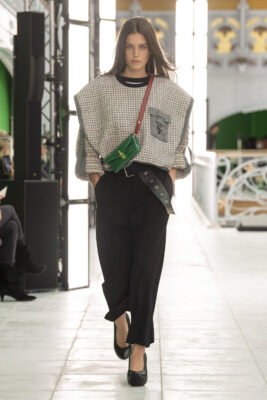 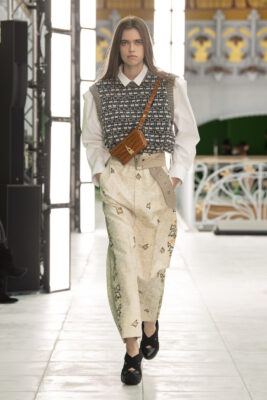 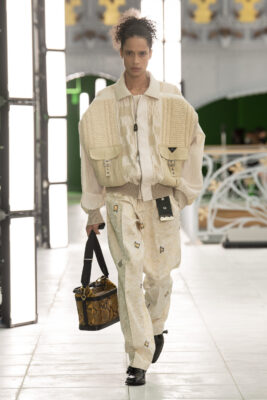 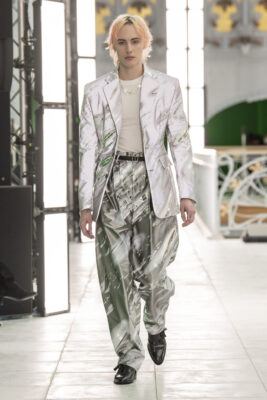 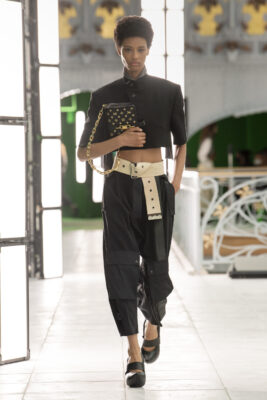 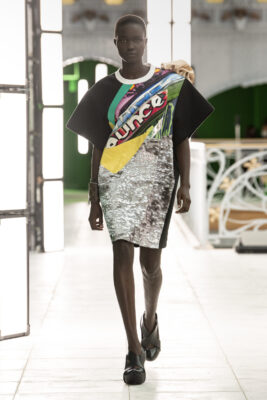 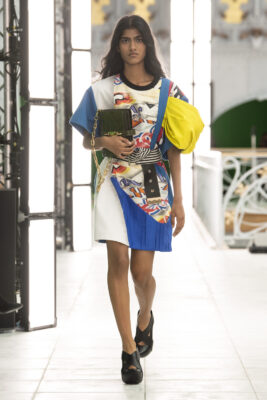 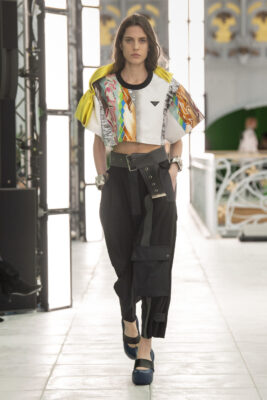 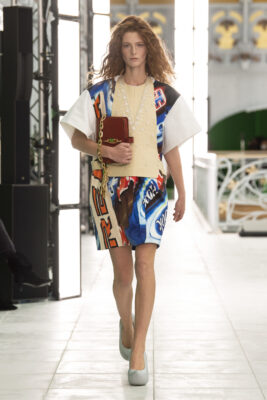 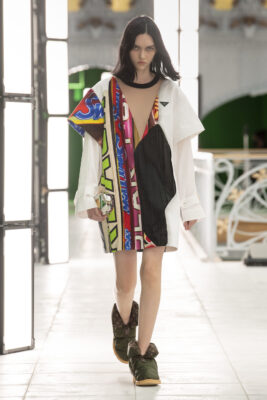 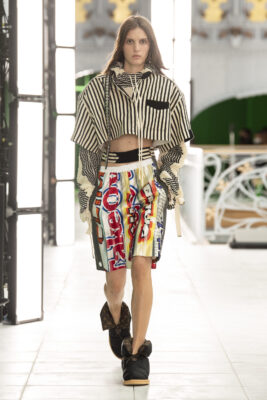 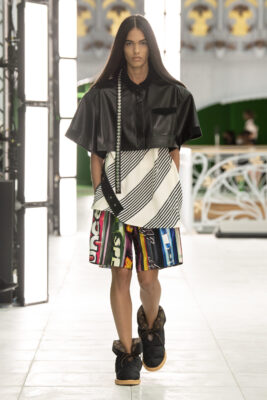 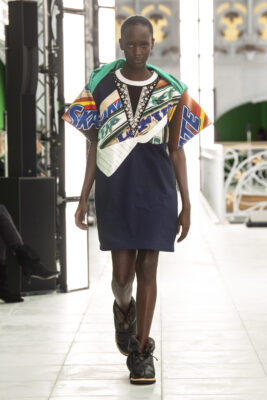 WATCH: Behind The Scenes Of The North Face x Gucci Collection

Pure And Simple: Prada Presents The Show That Never Happened