Louis Vuitton Cruise 2019: The Pieces You Need On Your Radar

Louis Vuitton Cruise 2019: The Pieces You Need On Your Radar 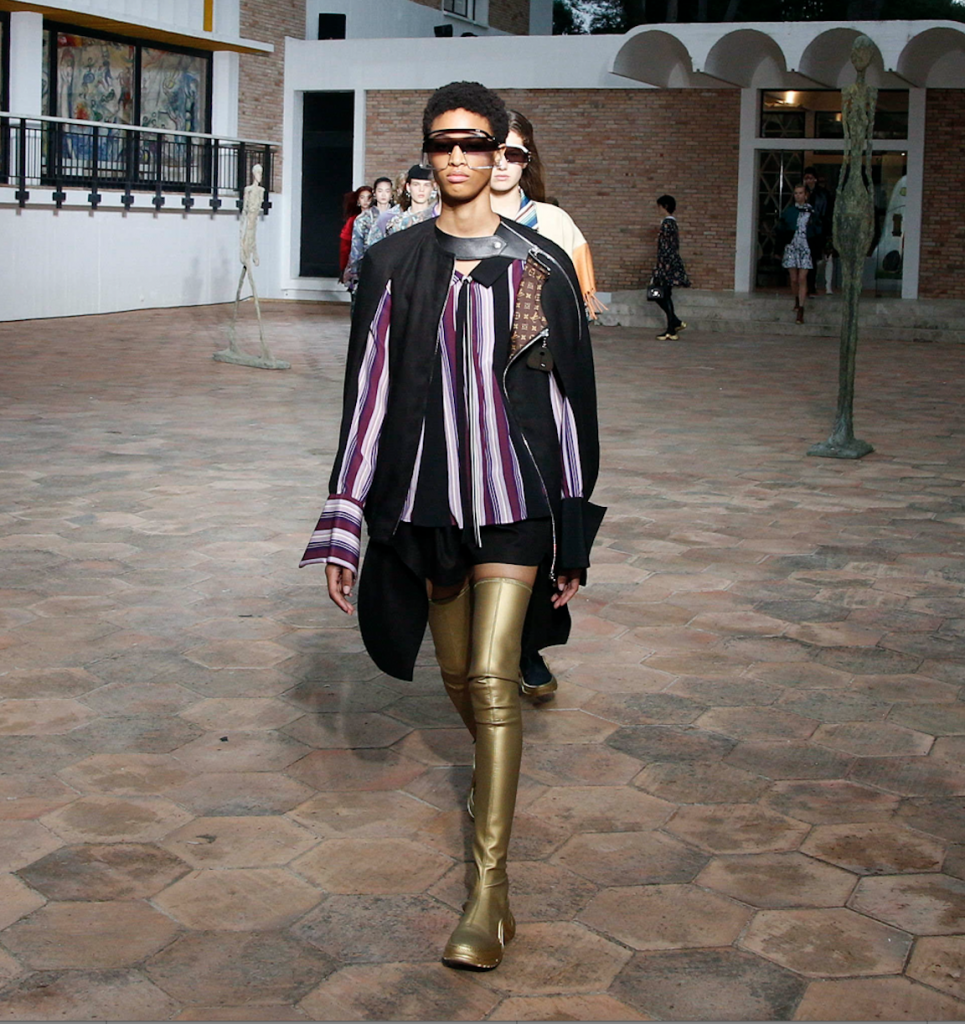 Set amidst the sculpture filled grounds of the Fondation Maeght’s modernist setting, Nicolas Ghesquière picked yet another art destination as the site of the Louis Vuitton Cruise 2019. Models snaked through the maze-like labyrinth clad in an eclectic mix of  Ghesquière’s past creations, but amped up and new, and infront sat a FROW of Hollywood’s biggest names. Here is everything you need to know about LV’s new Cruise 2019 collection. 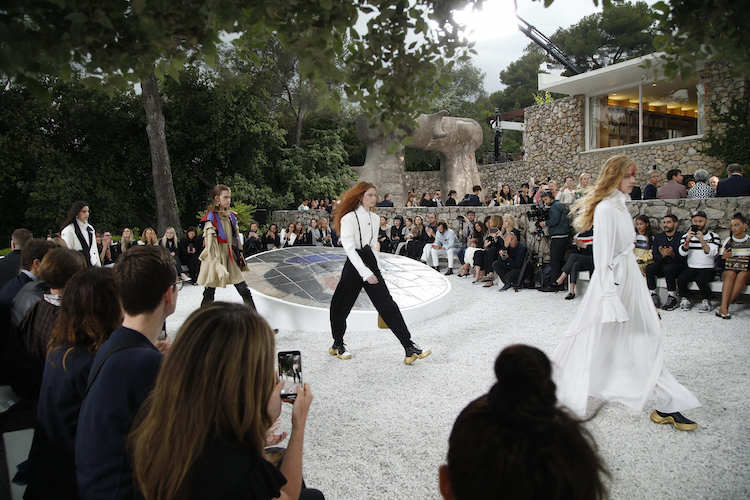 Louis Vuitton is famous for picking architecturally inspired locales. There was the Bob & Dolores Hope estate in Palm Springs, followed by Mac Niteroi in Brazil and the Miho Museum in Japan. This year, Vuitton took the fashion set to the hilltop village of Saint-Paul-de-Vence where the show was held at the Fondation Maeght, a private art foundation come modernist museum. Models took to the runway winding through the Miró Labyrinth, Joan Miró’s monumental in situ work filled with sculptures. 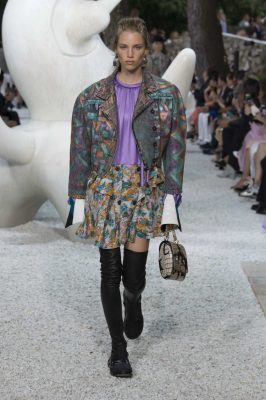 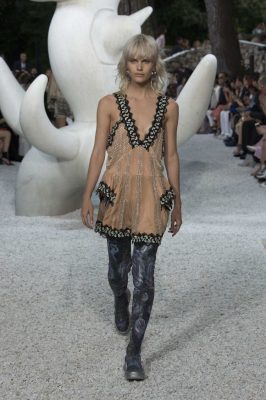 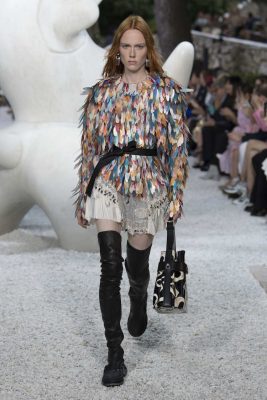 Ghesquière’s keyword for cruise was ‘mix and match’ as the designer sent out mismatched look after mismatched look. There were feathered jackets paired with silk shorts, acid washed denim over geometric shapes and oversized dresses against lace trims and embellishments. Juxtaposed yet epic. 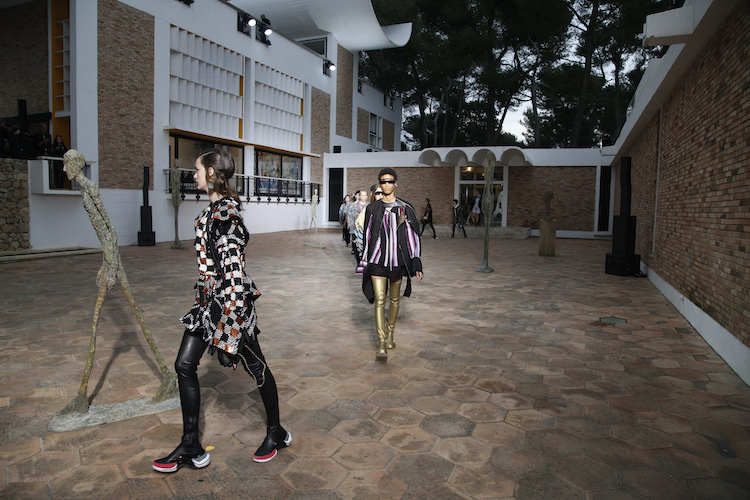 Forget SS18’s Archlight trainer, Cruise’s new 2.0 version is where it’s at. Yes the coveted aerodynamic chunky sneaker got a makeover, transforming into a hybrid mix of sneaker/over-the-knee boot. For those looking for a more wearable take on the theme, there were also ankle versions in sleek leather. 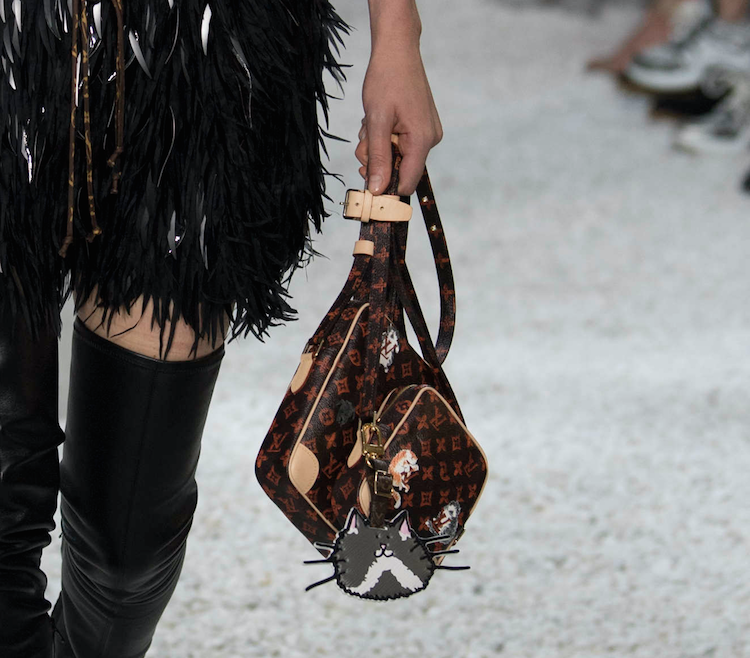 Nicholas Ghesquière and Grace Coddington revealed exciting collaboration news. The fashion editor will reprise her famous cartoony sketches of cats Pumpkin and Blanket on LV’s iconic monogram pattern, which will also include images for Ghesquière’s dog leon. “It started with our love for animals, it’s where Nicolas and I really connect beyond fashion,” said Grace Coddington. 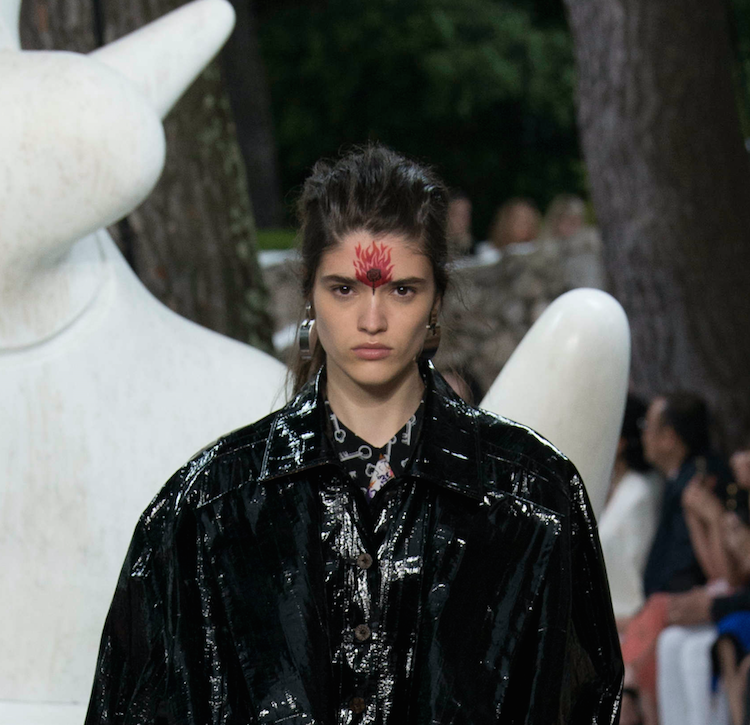 Although the look was tittered on the natural simple variety, Pat McGrath sent out a few models with red blazing fireballs on their foreheads.

Hollywood royalty such as Jennifer Connelly and Emma Stone left La La Land alongside actresses Sienna Miller, Ruth Negga and Sophie Turner who all showed up to support Ghesquière. The A-list stars took over the show’s front row all clad in Louis Vuitton.

See All The Celebrities FROW At Louis Vuitton Cruise 19