Playful textures, high-shine sequins and plenty of attitude… In celebration of its tenth anniversary, MOJEH delves into its archives and serves up a spirited dose of drama, captured by some of this generation’s greatest visionaries. Letting go – without limits – never looked so good

In times of uncertainty, fashion has traditionally responded with both flair and flamboyancy – a fairytale escape from the ambiguity of life, if only for a fleeting moment. With that in mind, since our first issue hit shelves a decade ago (and what a decade it’s been for both the Middle East and beyond), I’ve endeavoured to accent each issue with fiery fashion shoots that offer nothing but euphoria. Some call it audacity; I call it escape. Consider: Haute Couture gowns brimming with frills and florals; ready-to-wear replete with embellishment, jubilant hues and a whole lot of attitude; and beauty looks not for the faint hearted. Brimming as it is with blazing tones and lavish textures, allow our archive to lift spirits and whisk you to a place of wonderment, regardless of what might be going on in the world outside. Through all its high-octane drama, MOJEH promises to engage your senses and stir-up excitement, time and time again. 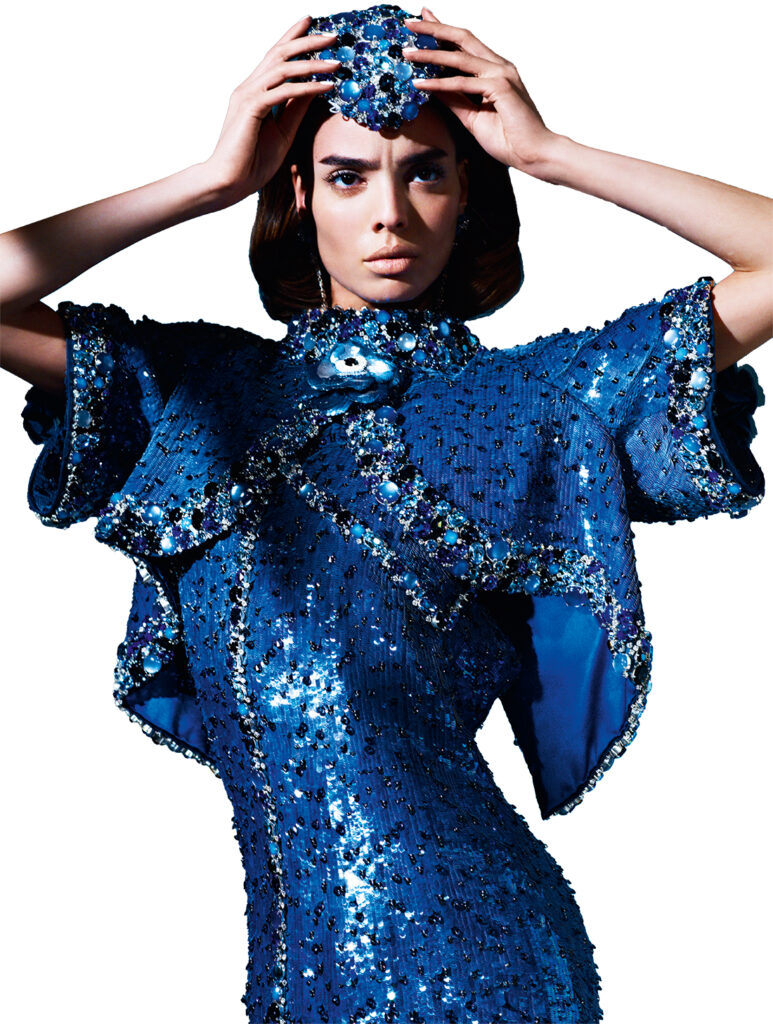 This iconic image serves as a reminder to never forget the drama that a monumental sweep of sequins can bestow. Best worn with an unapologetic energy. Dress, Chanel Haute Couture 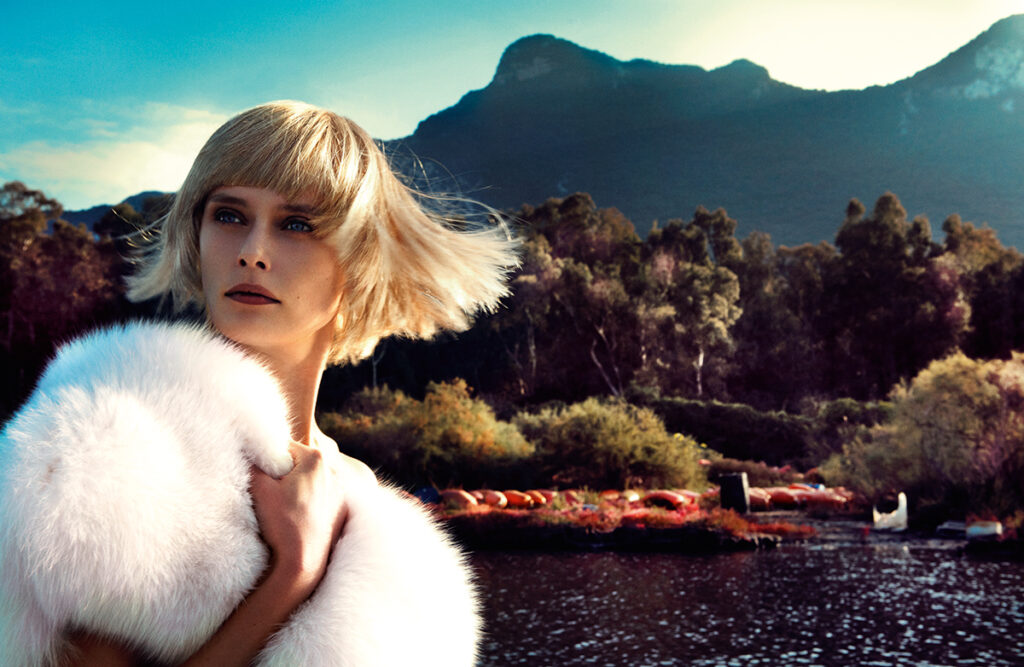 Crimson lips, a wash of Bond-girl-blonde and lavish fur. The only way it can be improved? Add a picturesque Italian backdrop. Fur scarf, Dior 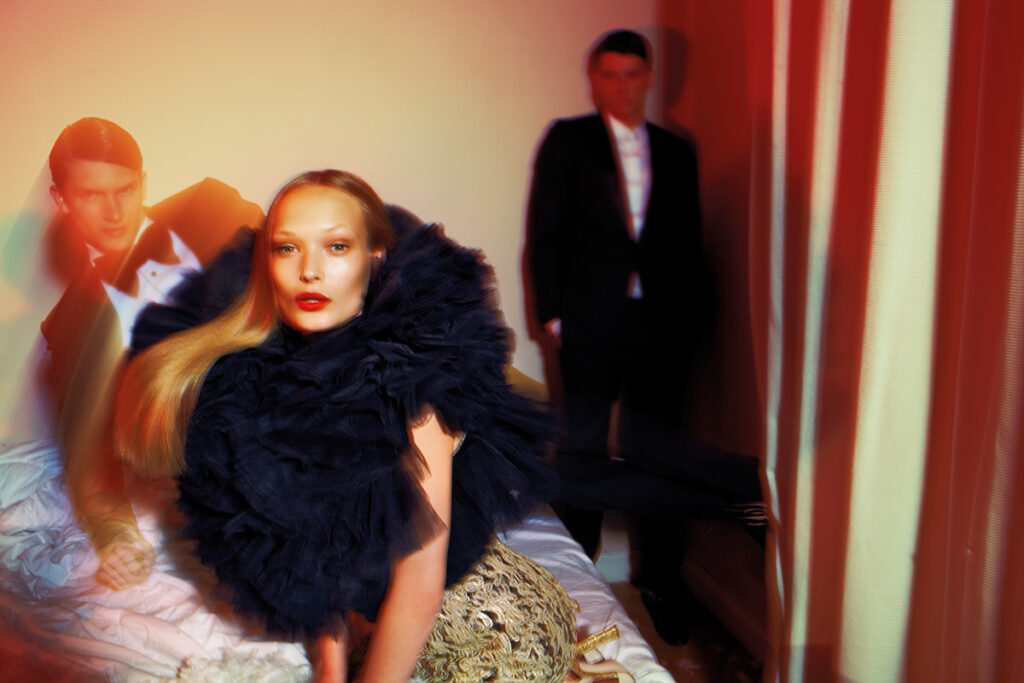 An orange-red lip against a black and gold gown creates a look that ’s at once modern and momentous. Don’t be afraid to borrow the pairing for daytime, too. Dress, Jantaminiau Haute Couture

In Another Life, Ricardo Vimercati, 2013 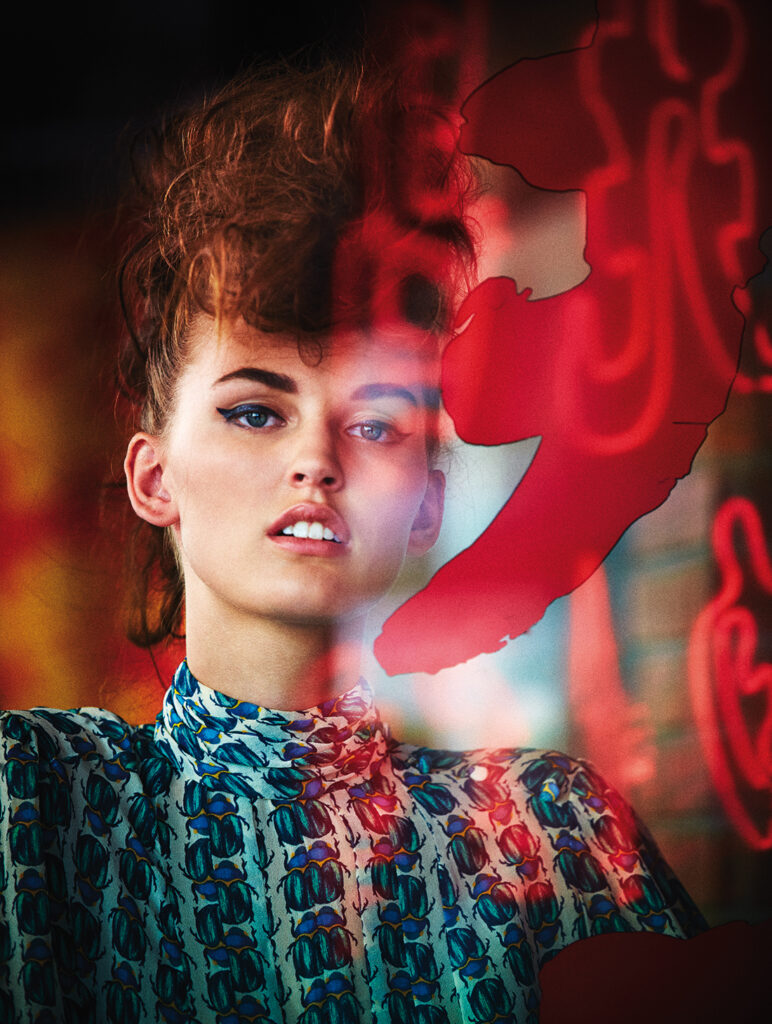 Influenced by the persuasive punk era, MOJEH reimagined a mohawk and heavy eye for the present-day. Dress, Tory Burch 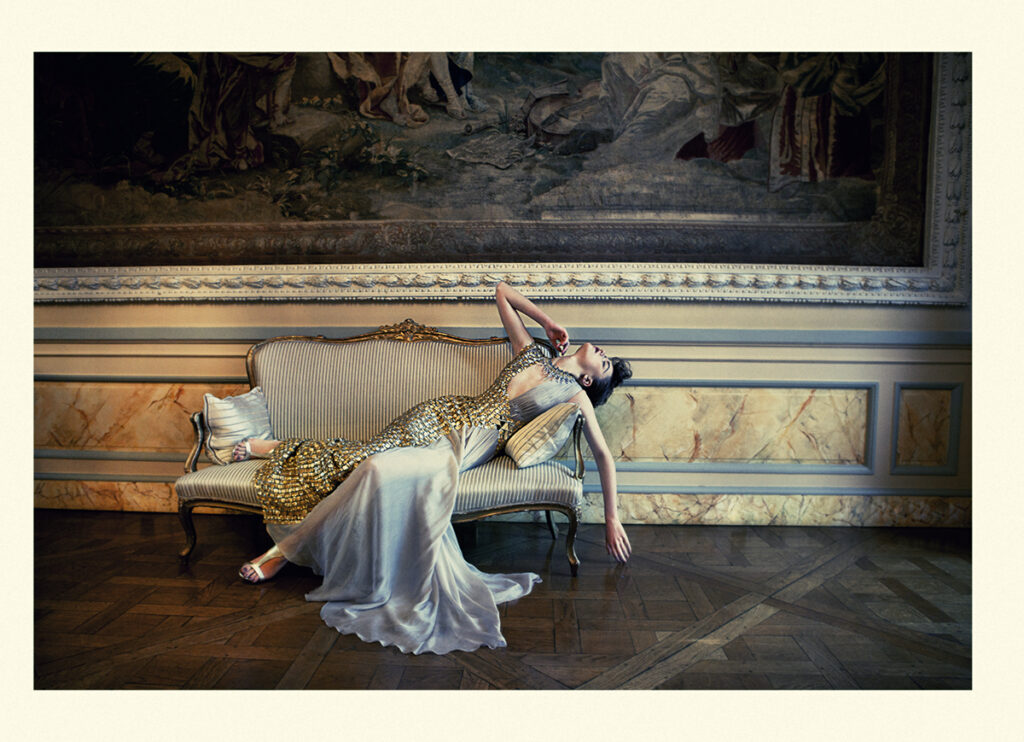 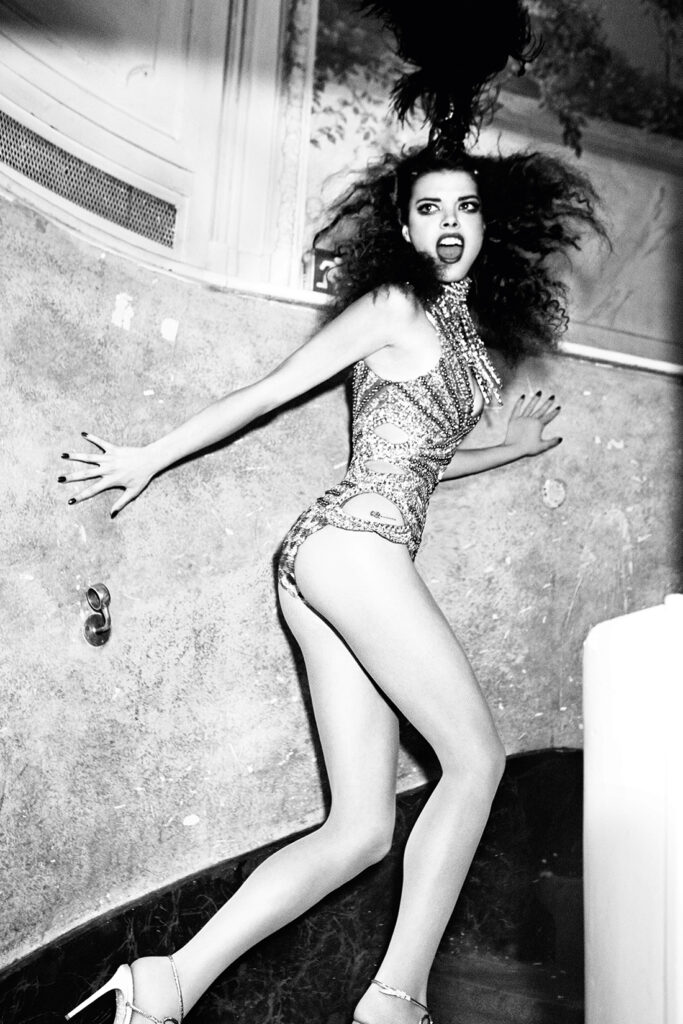 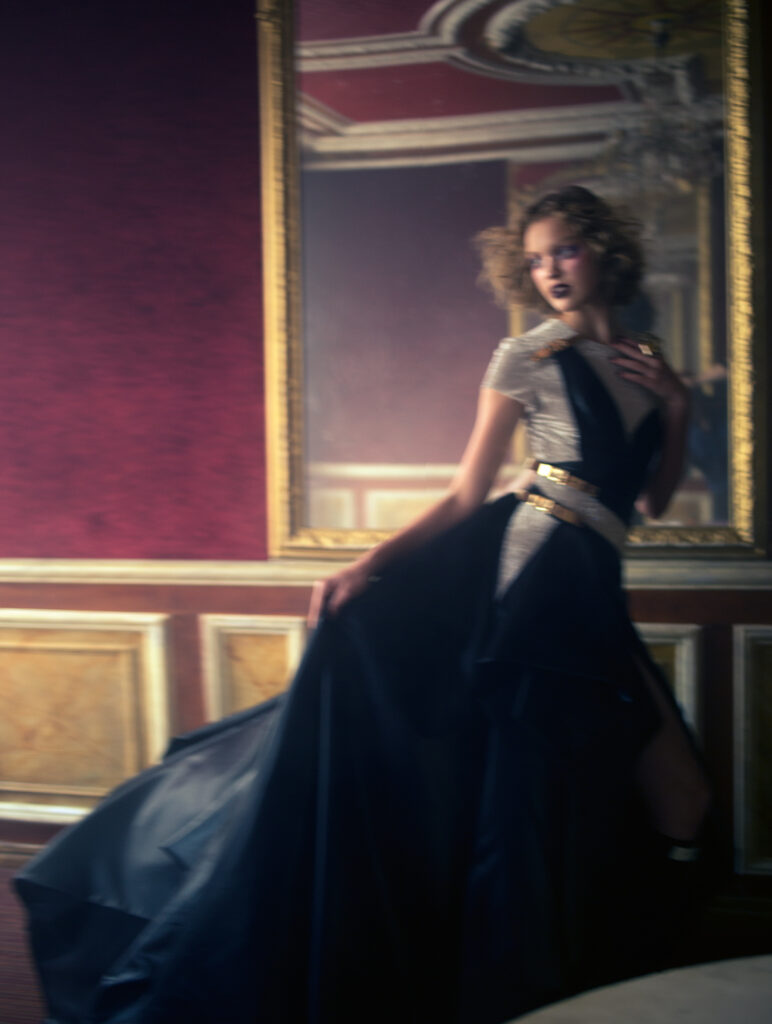 Get lost in the quixotic vision of days gone by created by photographer Amber Gray for MOJEH’s 2014 Haute Couture issue. Dress, Atelier Versace 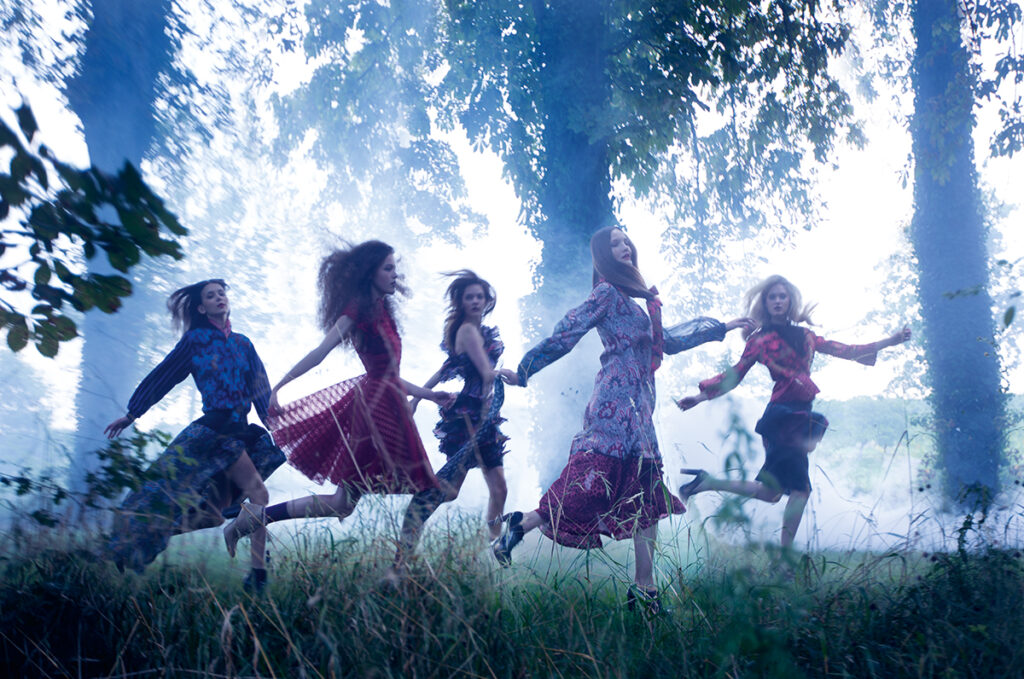 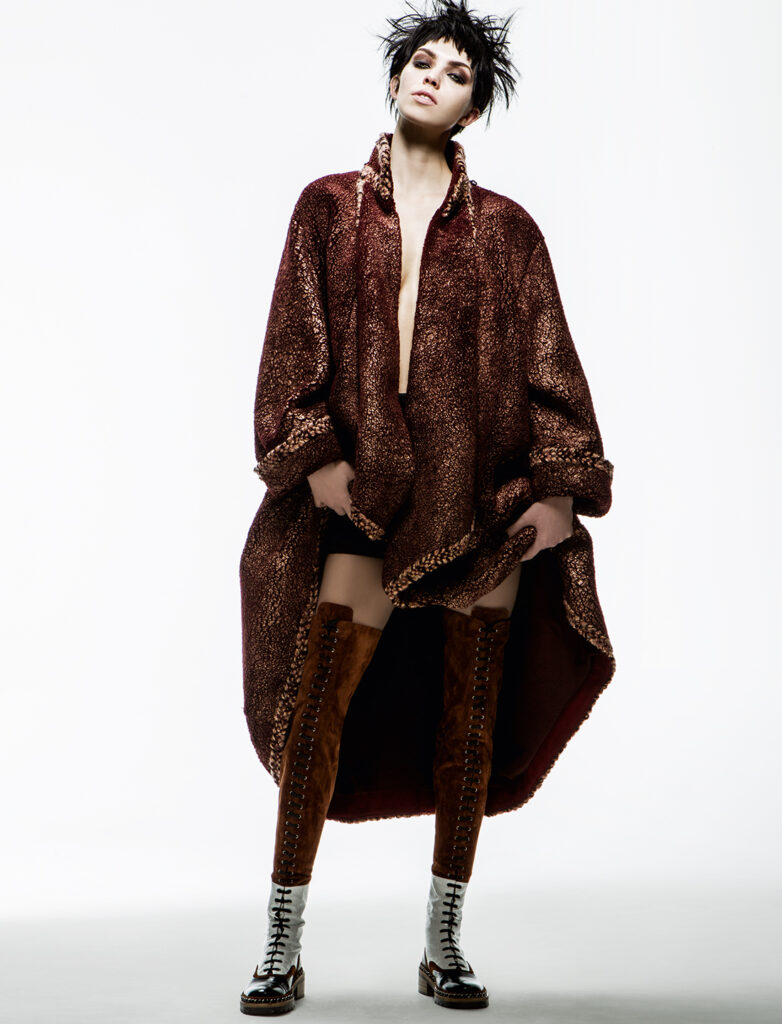 For its July 2015 cover MOJEH explored the invincible nature of Karl Lagerfeld’s Chanel collections – all at once tough, opulent and somewhat hypnotic. Jacket, shorts and boots, Chanel 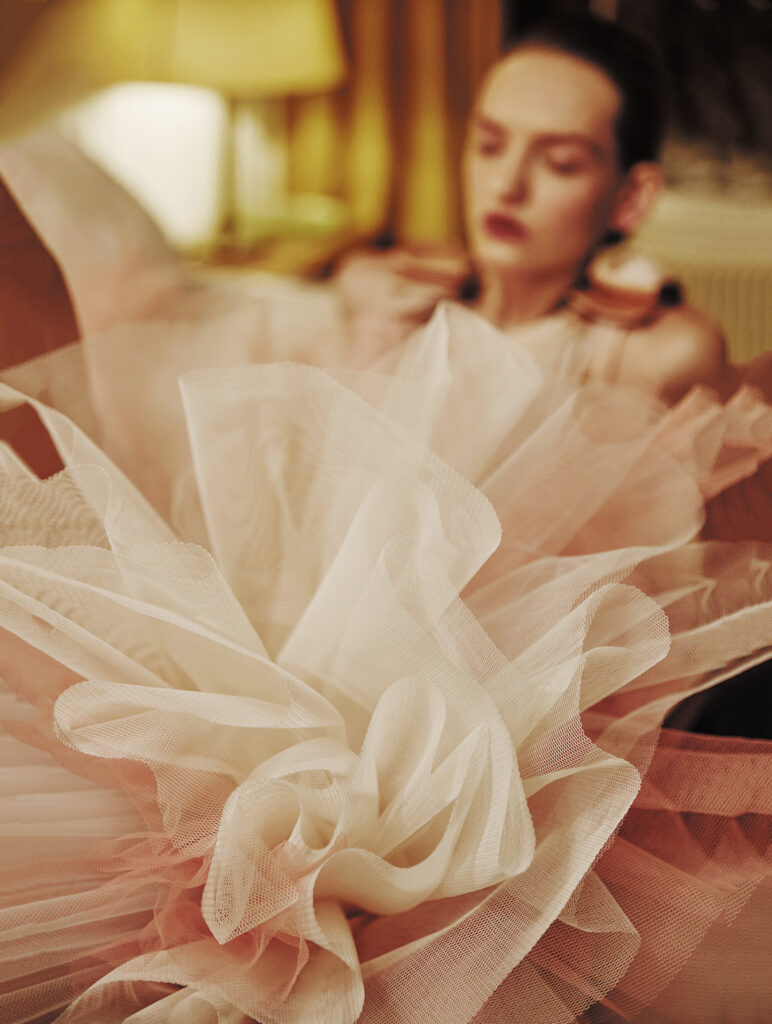 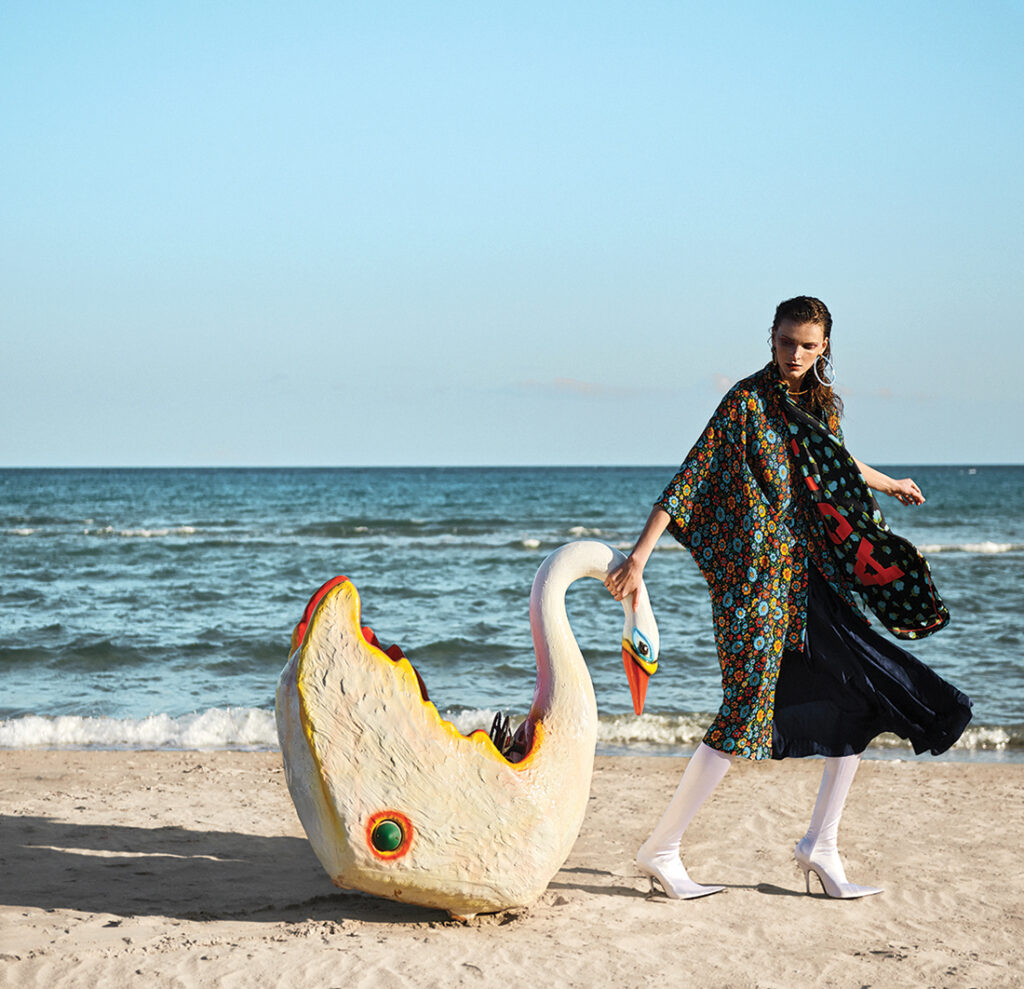 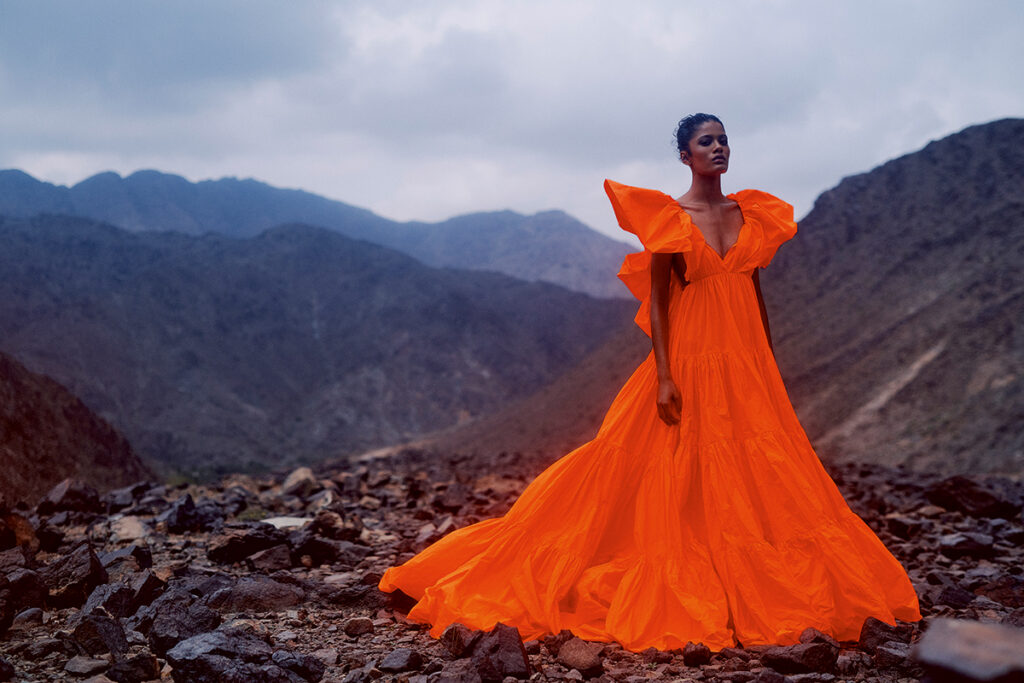 Oman’s jaw-dropping mountainscape demonstrates beyond all doubt that the perfect setting requires the perfect dress. Here, Valentino proves to be the dream match. Dress, Valentino 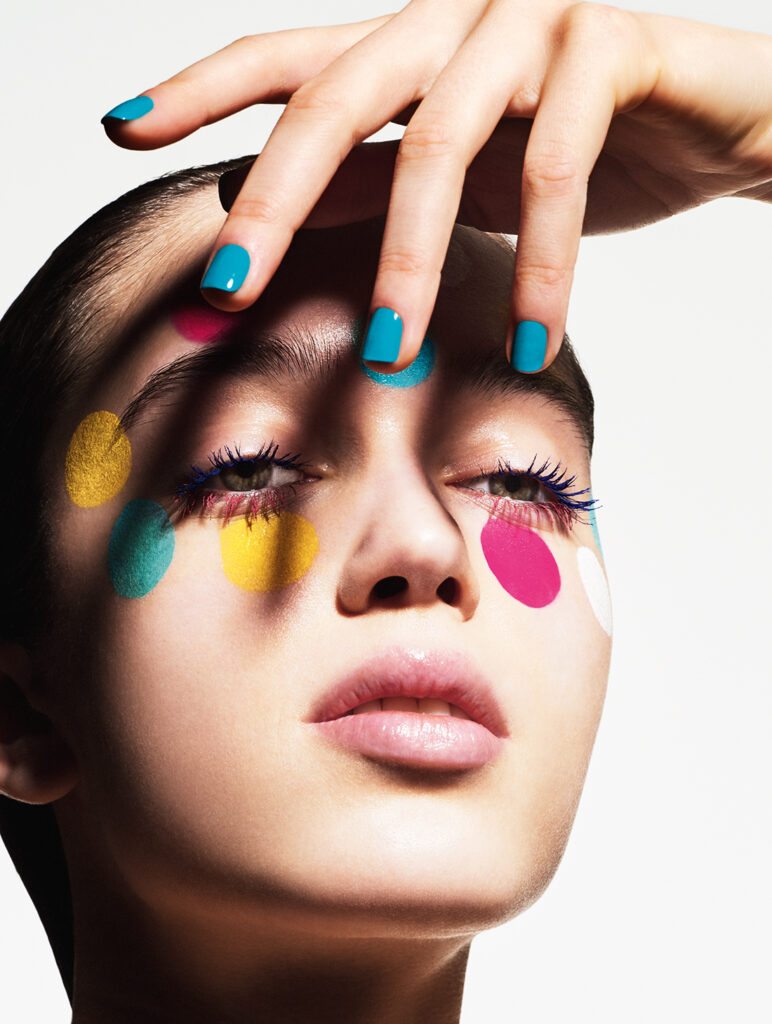 When the occasion demands it, beauty should be anything but shy. Think bold washes of bright hues, unexpected iridescence and leap-out lashes – even if it is merely for 2021’s Zoom-call culture. Make-up, Dior 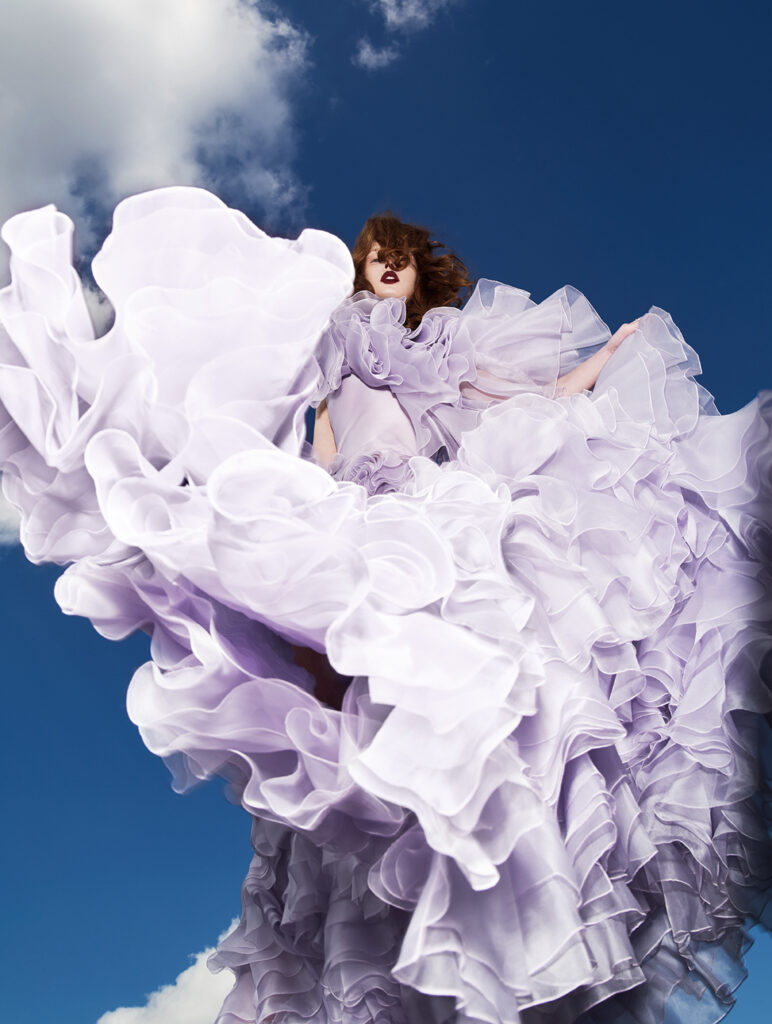 Go for the greatest amount of sheers and swirls that you dare; escaping into a gown of mountainous volume will never grow old. Dress, Giambattista Valli Haute Couture 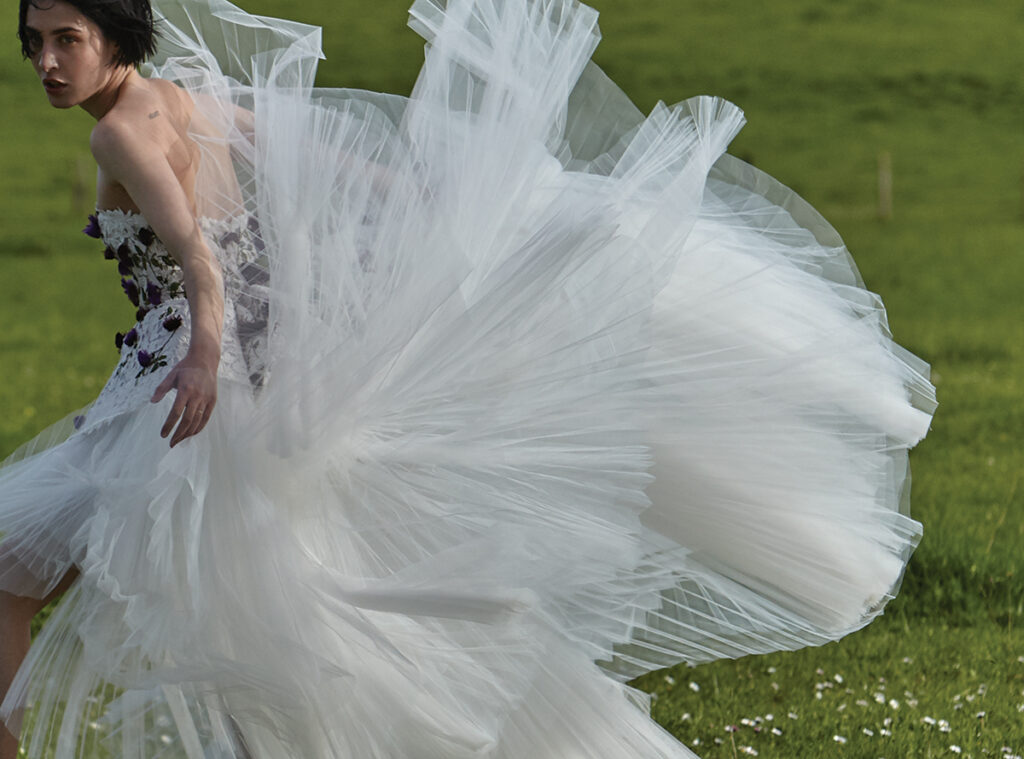 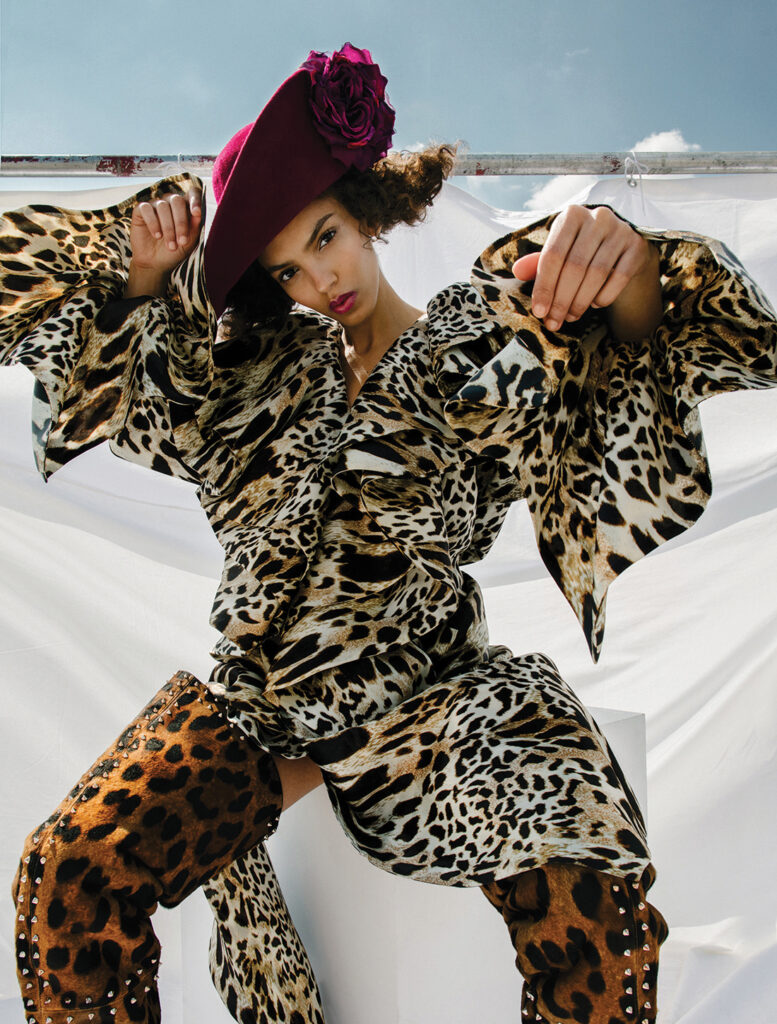 The anarchist spirit of Haute Couture’s enfant terrible offers a kind of audaciousness that ’s not for the faint hearted. Dress, Alexandre Vauthier Haute Couture