The last few years have been challenging for the watch industry. In 2016, sales of luxury Swiss timepieces nosedived by 10 per cent following a crackdown on corruption in China. Add into the mix various terror attacks throughout Europe, which cast a long shadow over the region’s tourism and luxury retail market, as well as currency calculations that produced a stronger franc and dollar, and 2016 concluded as the worst year for the Swiss watch industry since the aftermath of the global financial crisis in 2009.

One sector has, however, shown extraordinary (and unexpected) growth: women’s timepieces in the Middle East. In 2016, according to the market research company Euromonitor International, the price of luxury female watch sales in the region skyrocketed by 9 per cent year over year. A remarkable figure, especially when compared to the value of women’s timepieces internationally, which increased by an unimpressive 1 per cent. In the latest issue of MOJEH, we examine this unprecedented trend and speak to several industry experts, including Yasmina Khoudja, general manager for Chopard Middle East. 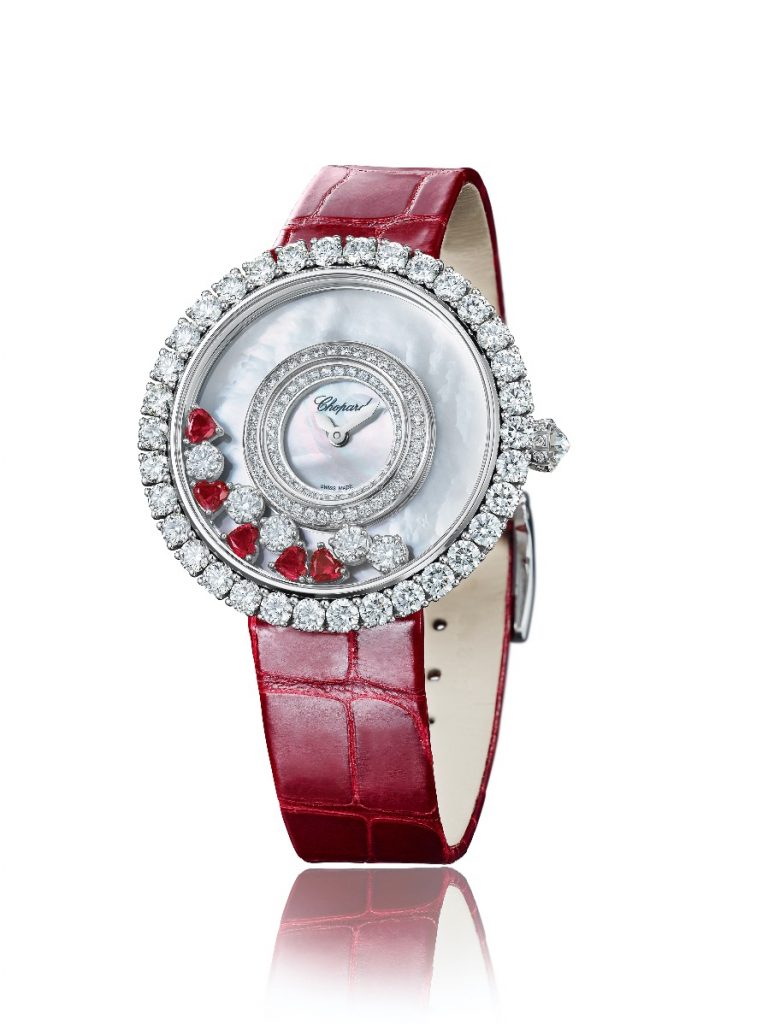 Why are women’s high-end watch sales in the Middle East increasing?
The Middle East embraces luxury and women in this region appreciate and desire high-end watches and jewellery. It is a sign of distinction. They are very attentive, detail-oriented and educated about fine haute horology and high-end timepieces in general.
Women here are into newness and innovation. It is all about style as they like to shine and impress. The challenges of the watch industry haven’t affected their purchase power. Some women put on a different watch every day, so for them it’s worth investing in high-end watches, which explains the reason why high-end women watches sales are increasing.

What do Middle Eastern women value in their timepieces and how does this differ to women elsewhere?
Middle Eastern women have a high preference for diamond-studded timepieces. Chopard’s L’Heure du Diamant collection is one of their favourite. For women, it will always be a matter of aesthetics, as well as an appreciation of the craftwork involved. They always look for novelties and exclusive pieces. In other regions, such as Europe, women’s taste differs as they prefer more simple and modest models rather than high end timepieces.

What kinds of women are taking an increased interest in high-end luxury timepieces nowadays?
Wealthy independent women who are ready to invest in their jewelled timepieces and who are keen to always be chic and stylish.

Do you think, in part, a reduction in gender stereotypes is fuelling women’s interest in this traditionally male area of expertise?
It is true that watchmakers have focussed their attention on the men’s market, as the majority of collectors have indeed been male. However, I don’t consider this industry as an area of male expertise, as many women are well educated about haute horology. We see our sales of female watches carrying mechanical and tourbillon movements growing.

Why is it important for Chopard to cater to women?
Chopard was originally known for making gem-set ladies’ wristwatches and pocket chronometres. So since it’s beginning, Chopard has been catering to women with timepieces, jewellery came afterwards. Renowned for its creativity, its state-of-the-art technology and the excellence of its craftsmen, Chopard aims to deliver quality and creativity.