While last season recalled a leathered Joan of Arc scantily-clad in all manner of gypsy paraphernalia, AW15 shows Riccardo Tisci transporting his muse back to the Victorian age in celebration of a decade at the helm of Givenchy. 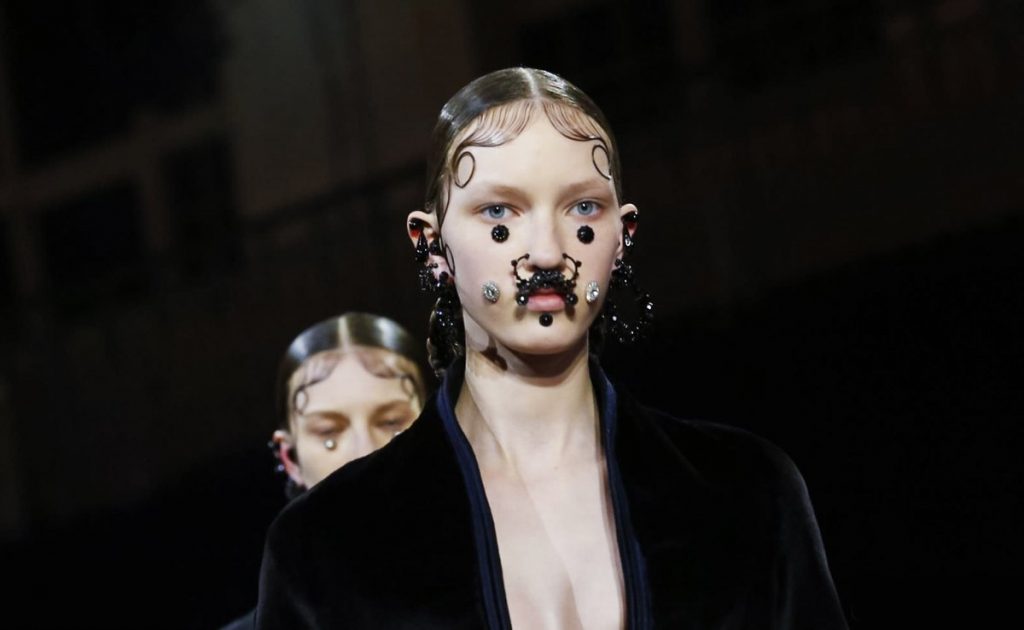 The graphic nature of the Givenchy muse last night was defined in Tisci’s exploration of the chola girl. Frightening were the septum ring piercings and face jewels smattered on model faces; familiar were the tightly wound kiss curls that formed curlicue patterns on foreheads. Witnessing the Tisci culture clash was a celebrity-packed front row by way of Kim and Kanye, with Kris Jenner and Katy Perry in tow – all in black, naturally. 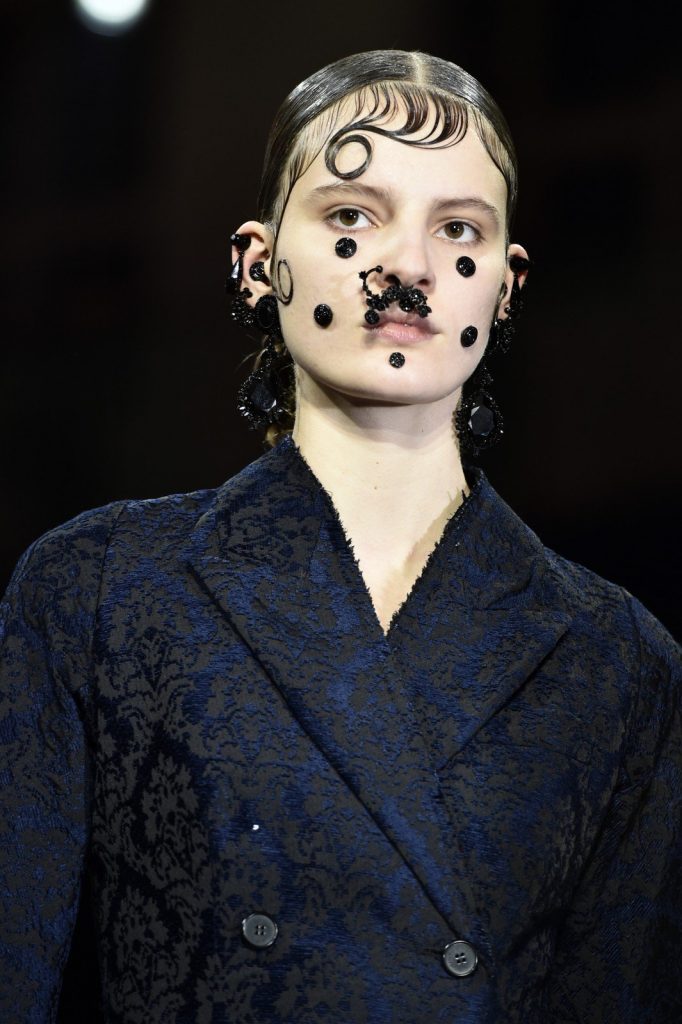 Little could steal the attention away from a collection filled with spectacular moments as Tisci journeyed his show opener – a fairly modest black velvet dévoré dress – into iterations of the Givenchy of old. Growing up in Italy, Tisci’s exploration of the macabre has shaped his evolution of the Givenchy woman. This could be seen in a palette drenched in satanic black and red as a procession of tailcoats, some accentuated with jutting peplums, seamlessly married Tisci’s ideal of the goth and the gentleman. The strength of a Givenchy collection has always been defined in cultural reference, and while the rest of Paris might have drawn the last breath from a seventies revival, Tisci instead took ownership of a new type of fall woman.

The thematics of a show space surrouned by discarded video games and motorbike helmets made for an exquisite contrast between the past and the present. Seamlessly interweaving the ostentation of old world Victoriana with the raw, rough attitude of a chola girl street gang, the collection also created a new sub-tribe for the Givenchy brand. 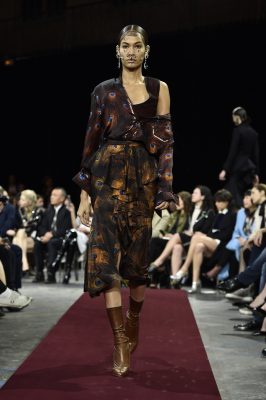 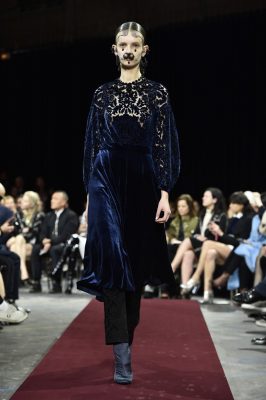 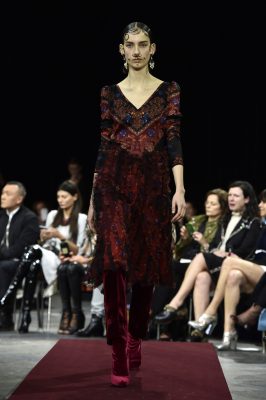 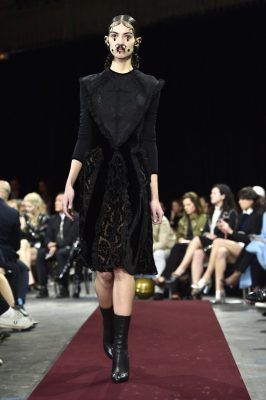 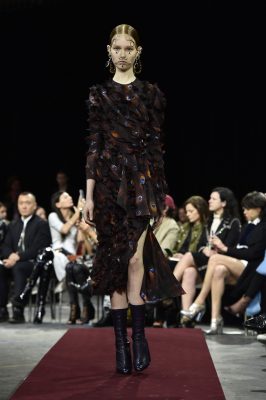 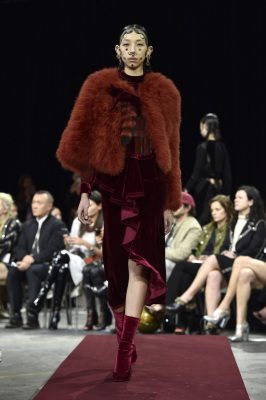 In light of flounced velvet – utilised through regency cuts and crushed in tactile manipulations – and in dresses corseted and gilded in Byzantine tapestry prints, Tisci proposed a new regality. Offset from the archival silhouettes was a reworked bomber jacket fabricated in fur, accompanied with a graphic raccoon tail. And the dark allure of opaque peasant blouses draped from shoulders and cinched at the waist attributed from spring’s gypsy foray.

In respite of the dense gothicism, Tisci sent the collection’s last passage into a glistening array of beaded eveningwear with pieces worked as if touched by the hand of a couturier. Tisci may not show during Paris’ most extravagent week, but here flexed the Givenchy creative muscle, smattered in jet beads and cascading chiffon. A burgundy finale gown, entirely beaded, was a standout number. And no doubt a pull on the heartstrings of Tisci’s star spangled front row. A decade at one of Paris’ most famous houses may have been celebrated in black, but last night proved it was far from a state of mourning. 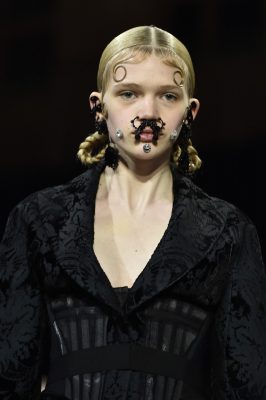 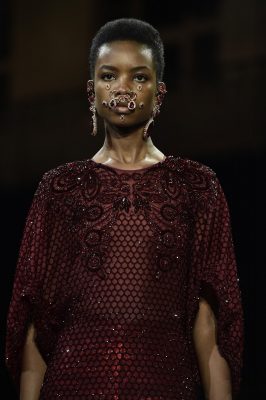 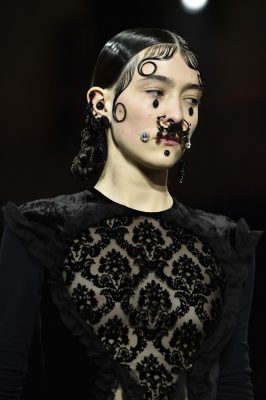 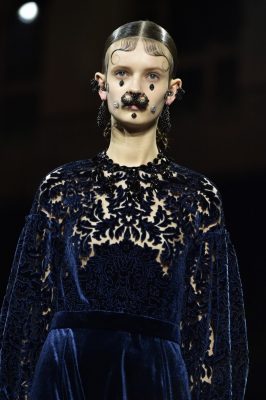 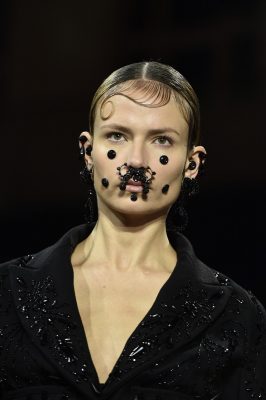 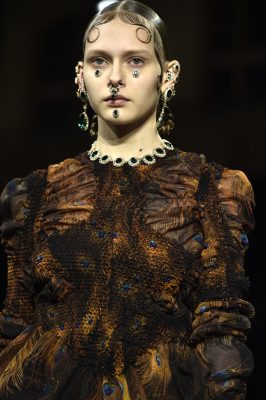