Just before an emotional finale at the Fendi show, the spotlight fell on Karl Lagerfeld’s final designs for the maison…

This week marked the passing of the fashion world’s patriarch, Karl Lagerfeld. A notable personality that spearheaded the designs at Chanel, Fendi and his namesake brand too, his creative vision has changed the industry over a seven-decade career and will never be forgotten.

During Milan Fashion Week, Karl Lagerfeld’s final collection for Fendi marked the end of ‘fashion’s longest love story’, which lasted for over 50 years.

The Fall/Winter ’19 collection represented a lifetime of dedication and creation from the German designer.

As a result, tailoring came in the form of elevated sophistication and luxe sportswear. There were masculine and feminine elements intertwined into strands of crisp shirts, boxy jackets, mesh dresses and smart blazers. A playful element of oversized bows, pagoda shoulders and soft sashes caught the MOJEH style radar, too.

Models of the moment (Kaia Gerber, the Hadid sisters, Ruth Bell and Dilone, for instance) were spotted in the line-up of models lucky enough to have fronted Karl’s final vision for Fendi. 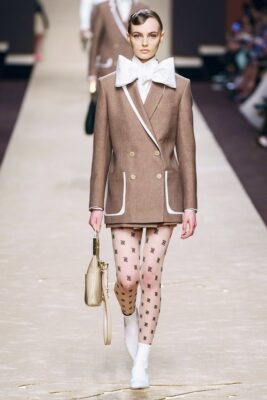 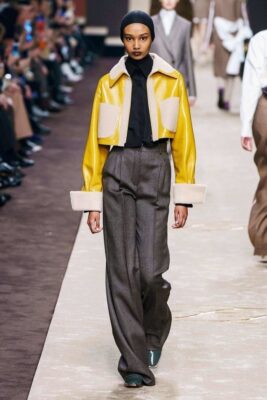 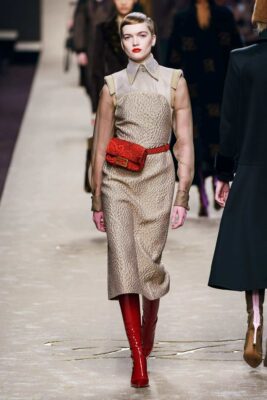 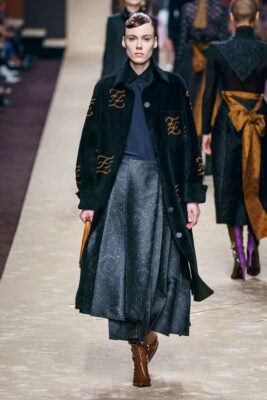 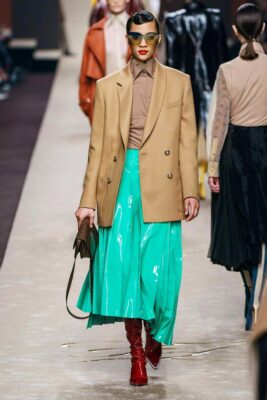 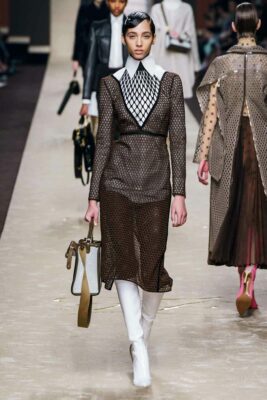 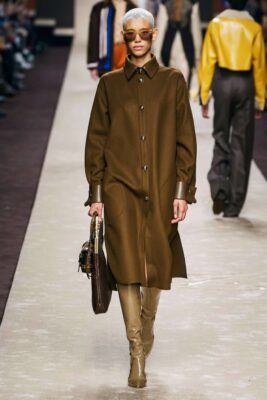 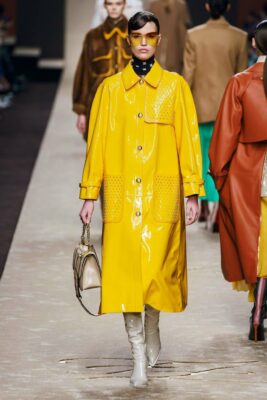 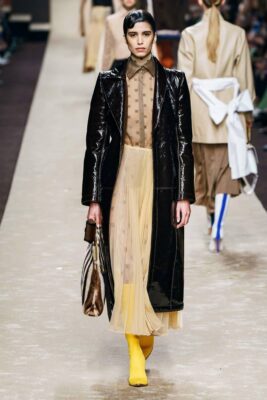 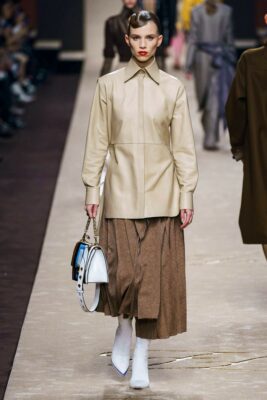 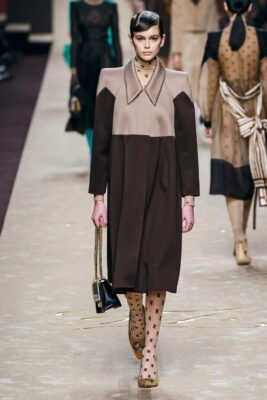 However, it wasn’t all about the ready-to-wear.

It was the heartfelt ending of the show that left the audience in emotional silence. Silvia Venturini Fendi shed tears as she took her first solo bow since joining the creative reigns with Karl in 1994.

Shortly after, the brand paid tribute to the late designer. An airing a short of Loïc Prigent’s 2013 documentary, “Karl Lagerfeld Sketches His Life”, graced the runway backdrop. In the video, Lagerfeld draws a sketch of himself from his first working day for Fendi in 1965.