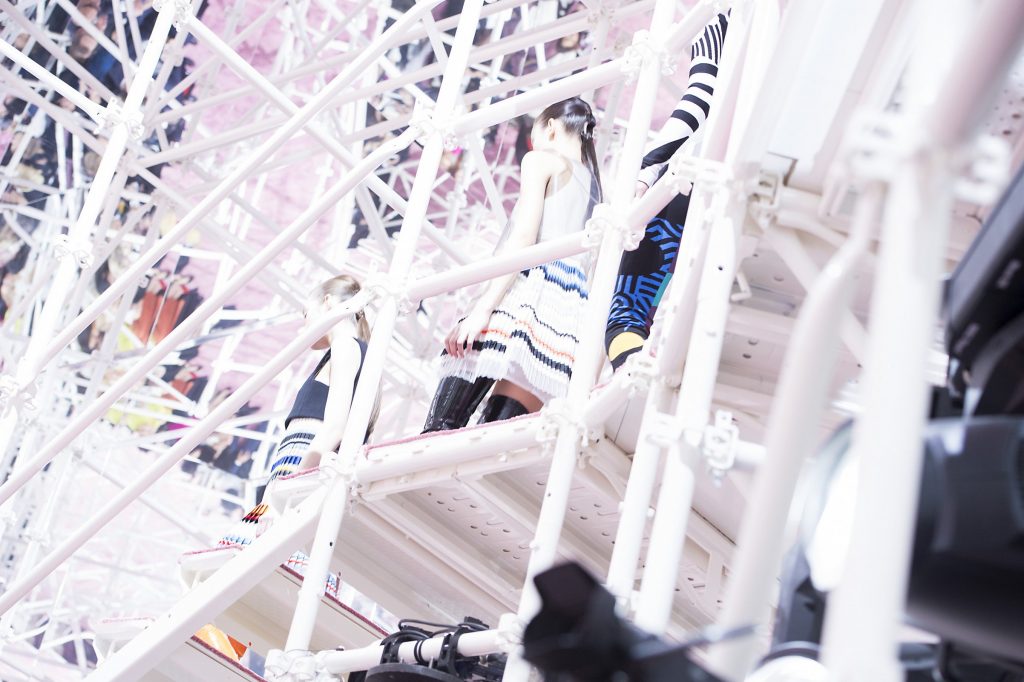 Last year for Dior’s cruise collection Raf Simons had the fash crowd venture out of their usual New York stomping grounds, Manhattan, and head over to the Brooklyn Navy Yard. For this season’s couture show yet again we were coaxed to step out of our comfort zone and found ourselves entering into a construction site. Well, a Dior interpretation of one, making it the most stylish construction site in history. 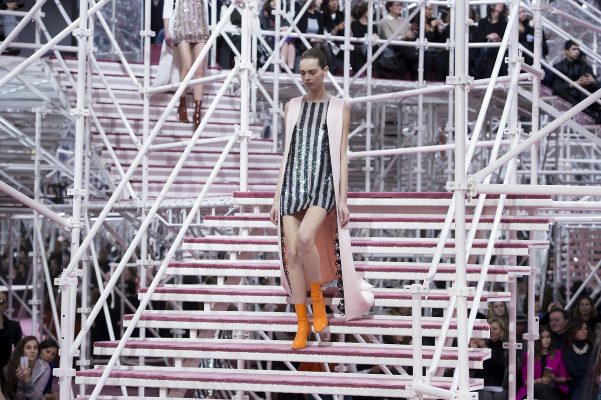 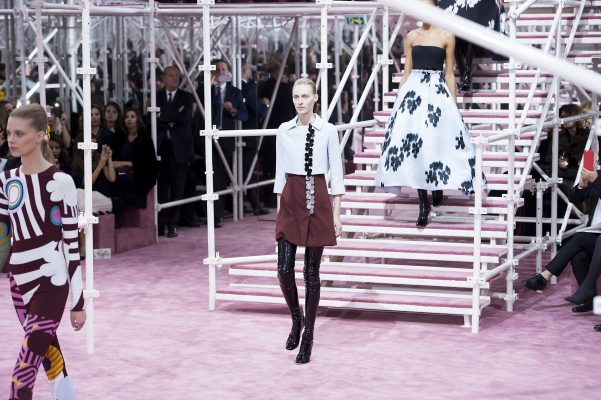 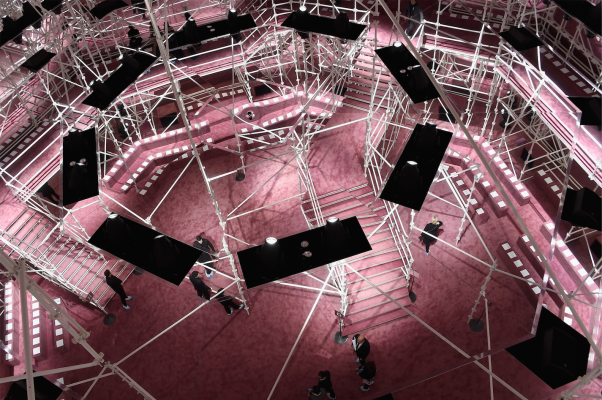 Instead of builders we were treated to the sight of model’s expertly winding their way around thick, metal framework. Hard hats were replaced with scraped back ponytails decorated with vibrantly coloured takes on the carabiner (a brainchild of hairstylist Guido Palau). And falling dust was replaced by scattered metal emblems and neon beads. Whether head-to-toe floral appliqué dresses, voluminous printed skirts or a more subtle detail to top off chic coats, Simons showed a penchant for shine. 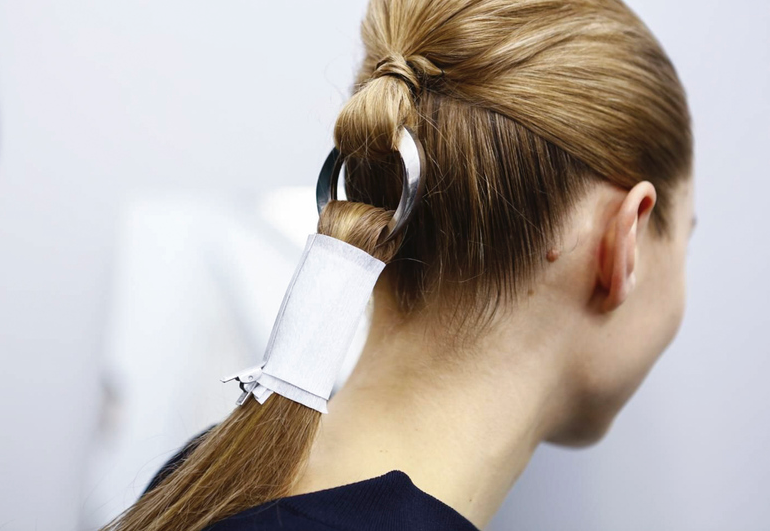 The trend continued to footwear, with boots bedazzled with hundreds, possibly thousands, of sequins. The accessory was a strong contender this season with wetlook over-the-knee boots featuring heavily in rainbow shades and worn underneath dresses and skirts. 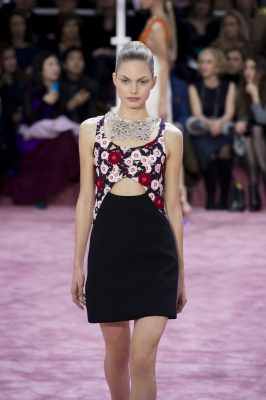 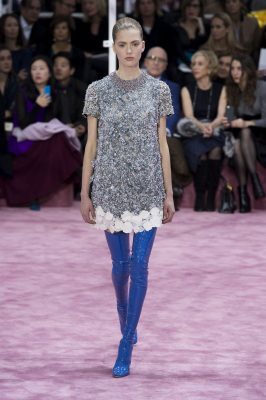 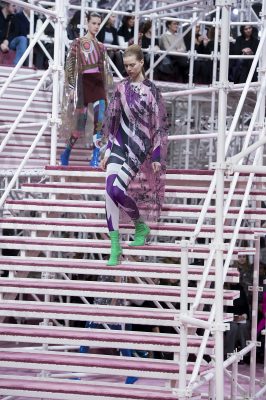 Meanwhile, to balance this, make-up was left pared back and our beauty focus was firmly on the hair, which were as standout as the punchy prints debuted on the runway. 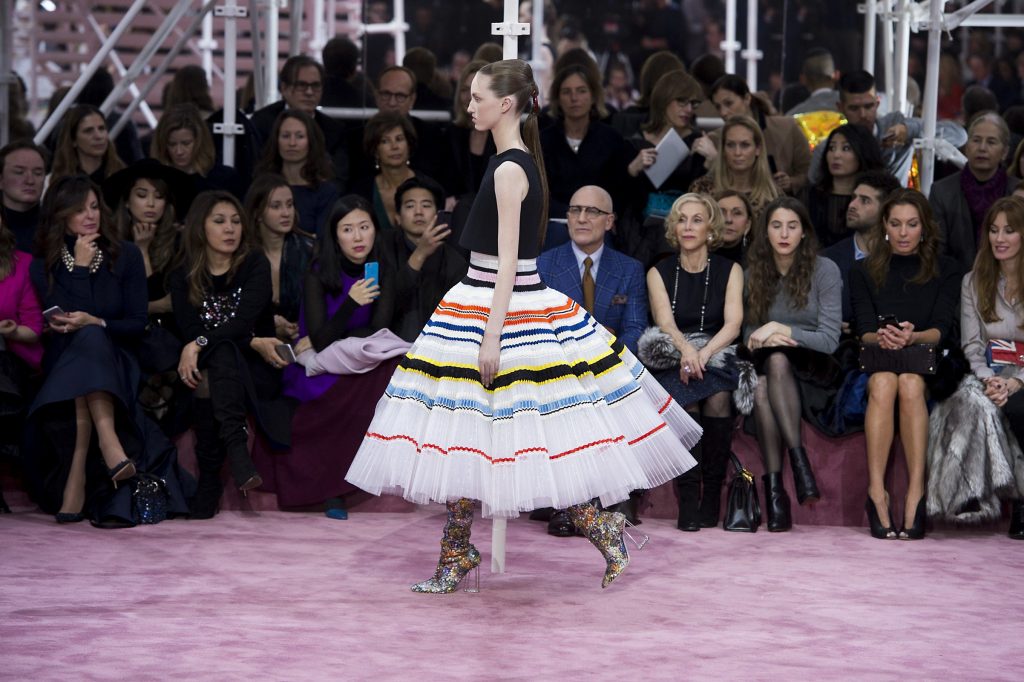