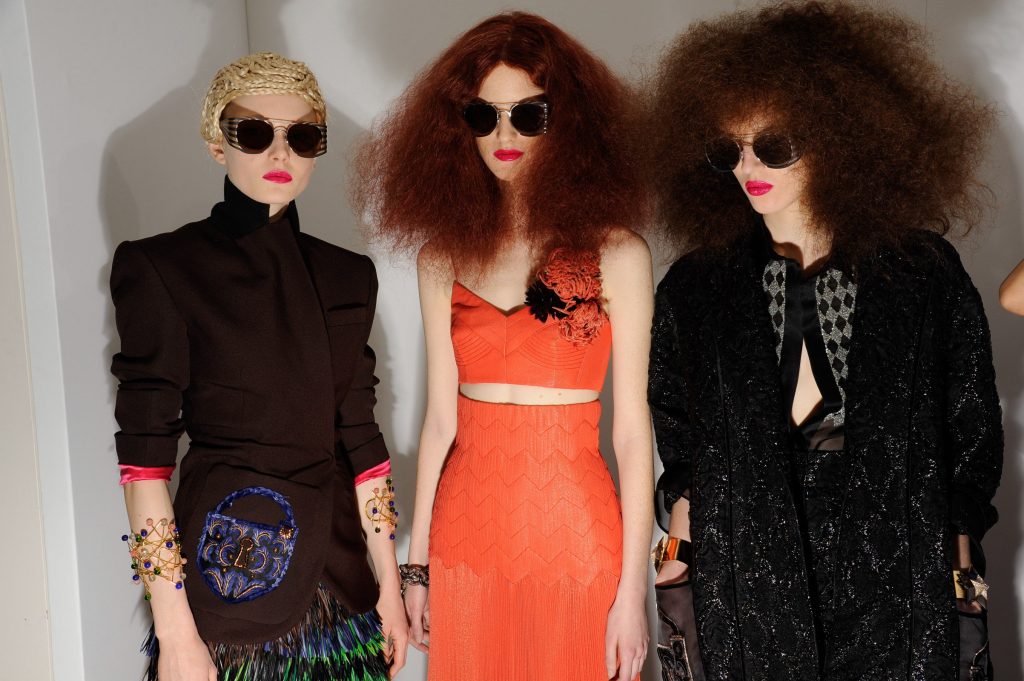 After Donatella Versace’s vibrant opening to Couture Week, Schiaparelli kicked off the second day with just as much spirit. With a mix of quirky and cool hitting the runway, one thing’s for sure: couture this season is just as much about the accessories as the clothes. Fez hats and a take on the headscarf hint to a Middle Eastern inspiration, and as is to be expected in fashion’s flashbulb world, no outfit is complete without a pair of statement shades to frame the face. The designer also tempts us to bring back the 80s beauty fave: frizzy hair. Will you dare to wear? 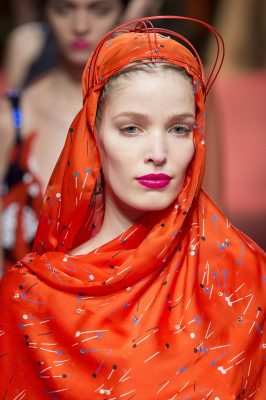 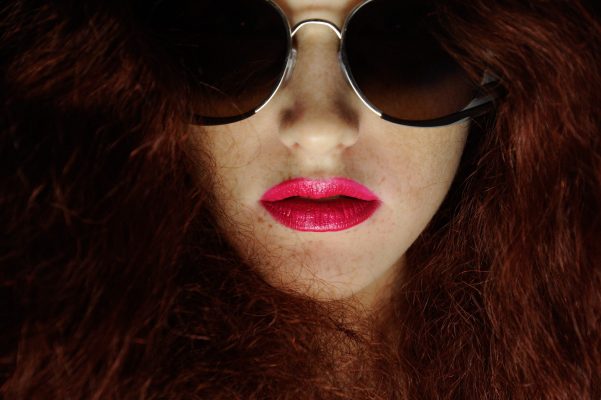 In contrast Dice Kayek took on a muted palette with black, white and grey tones taking the lead. Structure and tailoring were the obvious show stealers, however, Kayek subtlety weaved in a couturesque normcore helping; wide-leg trousers with loose fitting tops next to jackets worn as dresses. Refreshing to see that this year’s biggest trend hasn’t stopped short at the end of the rtw runways. Models showed off pared back make-up alongside a classic side-sweep and glossy locks to polish off the show. Similarly, Yiqing Yin also pared overtly sexy sheer and oversized, relaxed tailoring to create the modern woman’s wardrobe. 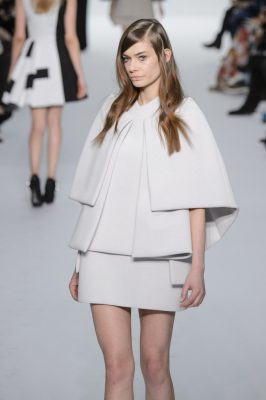 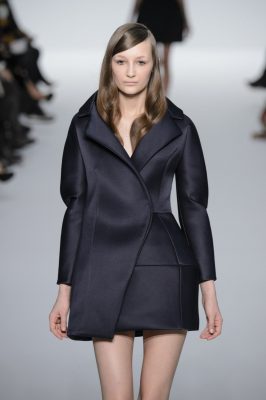 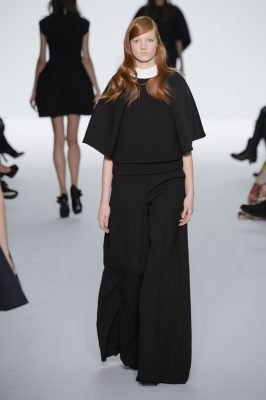 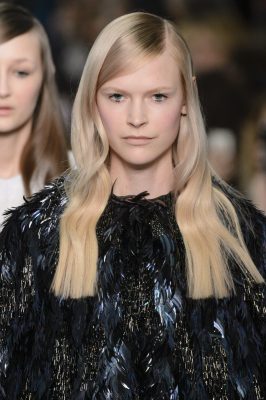 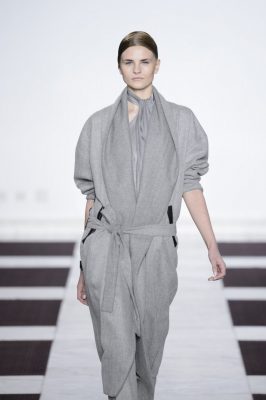 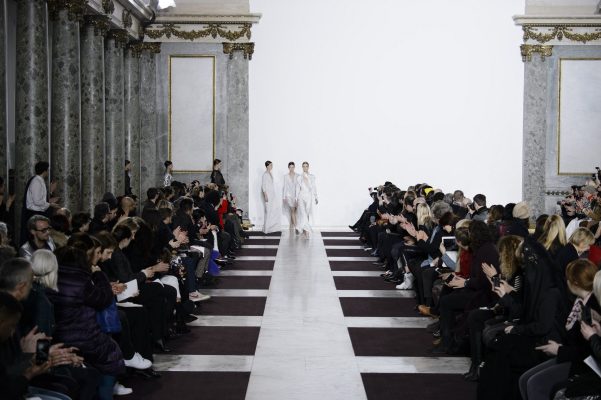 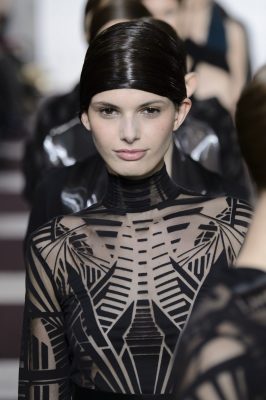 Meanwhile, Raf Simons took us into an urban oasis of Dior, with models seen scaling scaffolding in a mix of print, floral and embellished looks. Sequin covered knee high boots throw us head first into his world, whilst a delicate shimmer of shell trim on coats allow the less brave of us to sample the style in everyday wear. 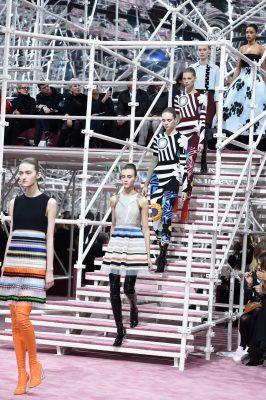 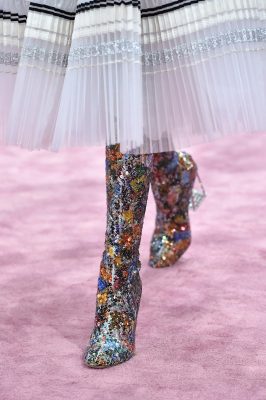 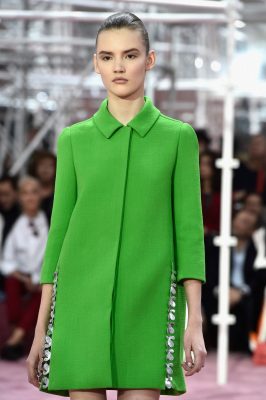 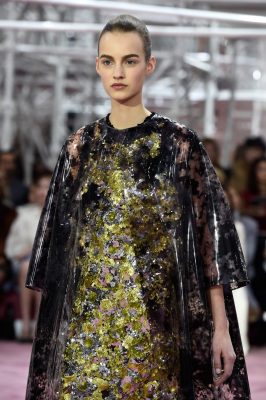 Giambattista, on the other hand, left no option for a pared back look. Head-to-toe saccharine shades were seen alongside floral prints and ruffles that created the altogether more feminine feel that we have come to expect from him. Perfect for the modern princess among us. 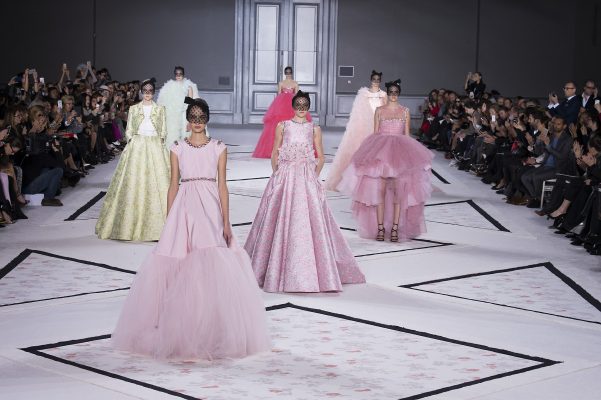 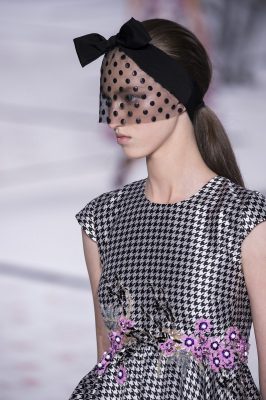 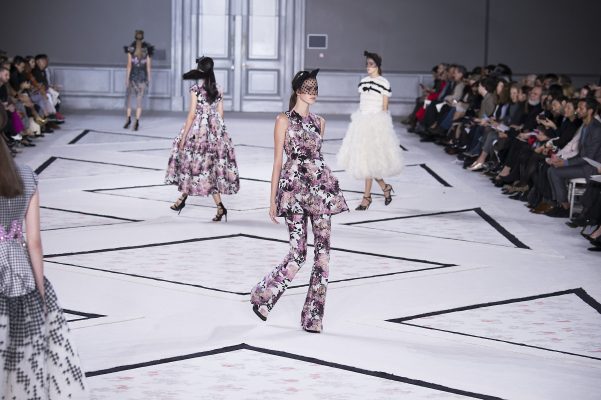