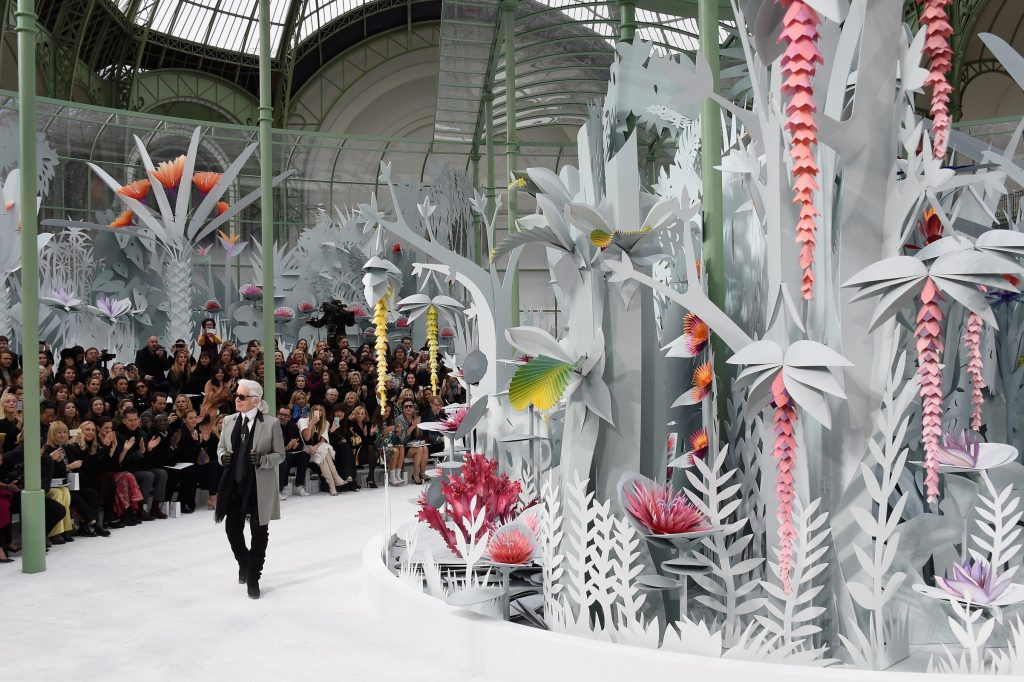 Every season we step through the doors of Paris’ Grand Palais and enter into another of Karl Lagerfeld’s magical worlds. Spring/Summer15 was clearly no exception as our invite led the way into Chanel’s Garden of Eden. Lagerfeld is known for his attention to detail when wholly encompassing a theme and this season saw couture come alive with flora and fauna. Male model and Chanel favourite Baptiste Giabiconi started the show by wandering the runway with a quilted Chanel watering can. Then we watched as the origami jungle came to life with colour, tropical plants opening up to reveal a rainbow of shades within. 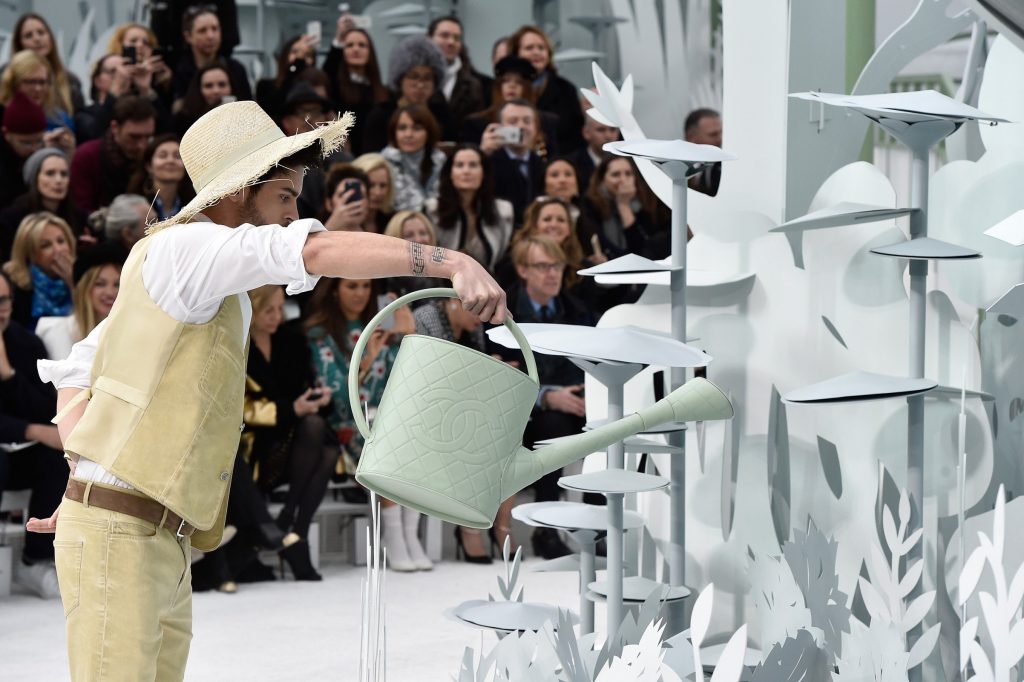 The abundance of florals did not end with the set; rather it engulfed the entire show as if we were locked inside a giant terrarium. Flower motifs were embroidered onto the hems of dresses and skirts; they were laced into the ends of models’ relaxed plaits and were even used to bedeck models’ shoulders (‘power shoulders’ have taken on a whole new meaning this season). As always, we watched for Karl’s latest ‘It’ accessory; would it be the model favourite beanie, updated with, yes you guessed it, flowers? Even the iconic gloves were given his SS15 spin – lengthened as flowers wove their way up models arms like climbing ivy. 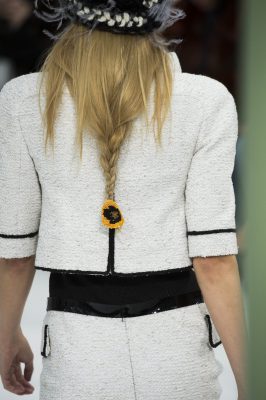 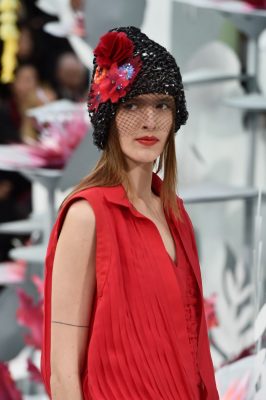 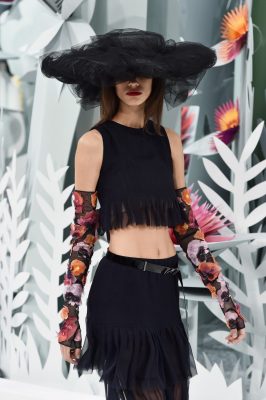 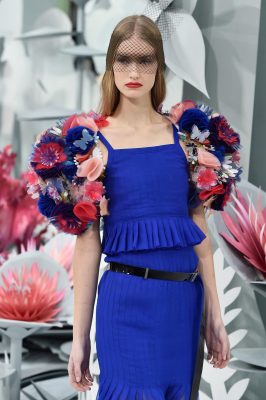 Show-goers watched with baited breath for the grand finale, the pièce de résistance: Karl’s tradition of sending an elaborate wedding dress to close the show. What came down the runway was a stunning ensemble complete with a train that resembled a bio-diverse world. Bridesman, including Giabiconi, followed with bouquets of tropical flowers – a picturesque ending to a picturesque show that of course, turned traditional entirely on its head. Fantastical but forward-thinking. 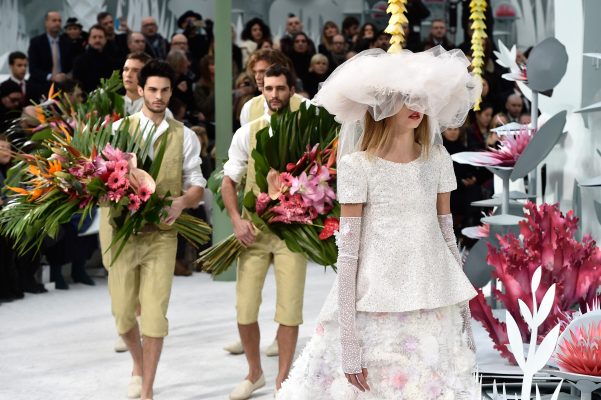 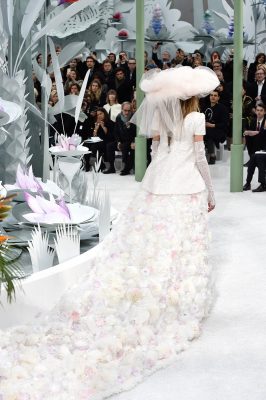 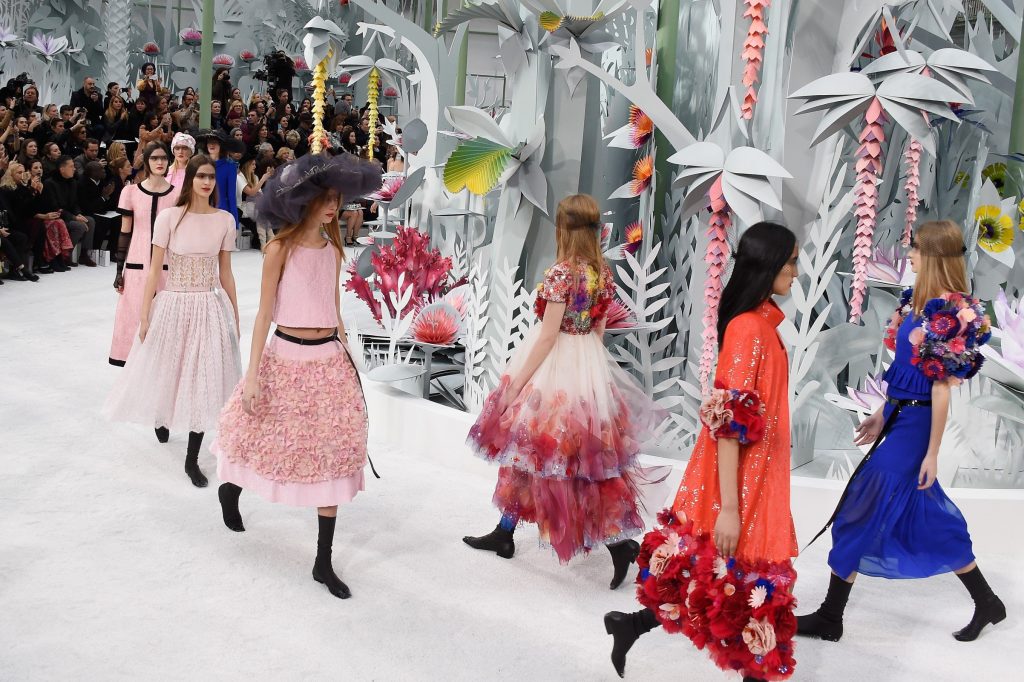