The Must-Read Fashion Books of 2015 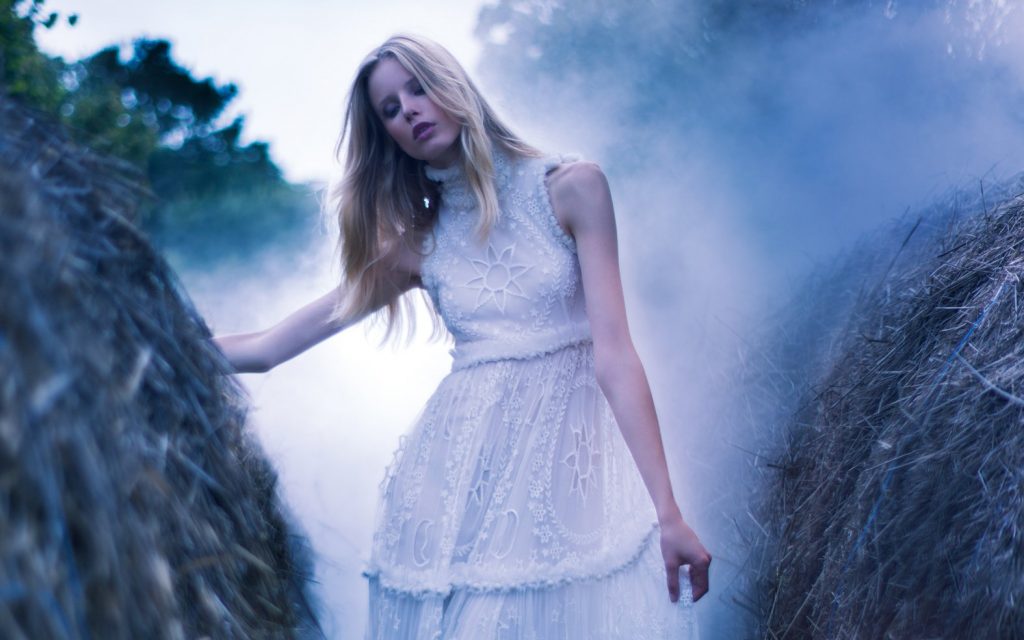 Let’s be honest, the start of a new year can be exhausting. Resolutions to keep, wardrobes to update and all kinds of plans to make. If you’re tired of relentlessly Instagramming the progress of your new year’s resolutions, take a break and hit pre-order on these fashion tomes that are guaranteed to take you somewhere magical. 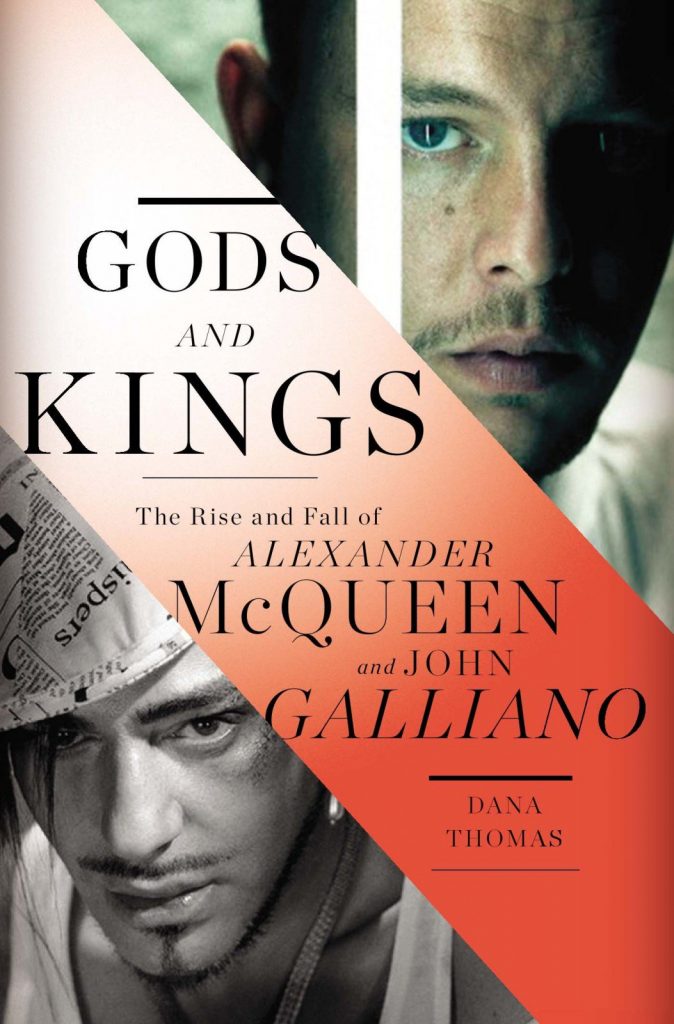 Gods and Kings: The Rise and Fall of Alexander McQueen and John Galliano, by Dana Thomas (February)

In this groundbreaking work Dana Thomas looks at two revolutionary fashion icons that have had an immeasurable impact on the fashion world as we know it. Examining the rise of Alexander McQueen and John Galliano from humble beginnings to the forefront of the global luxury fashion industry (both worked as creative directors of LVMH-owned couture houses), this is the truth behind these troubled creative geniuses.  Sadly, there is a toll to be exacted from high fashion’s punishing pressures; a toll that played a part in one of fashion’s greatest losses.
Alexander McQueen: Blood Beneath the Skin, by Andrew Wilson (September)

For those seeking the story of the man behind the legend, Andrew Wilson’s definitive biography (including exclusive images) cannot be missed. The life of sensitive soul and fashion renegade Alexander McQueen played out like the most inevitable kind of Greek tragedy. Searching in the darkest of places for love and validation, the designer’s closest friends and family speak out for the first time about the man whose dream ultimately destroyed him. 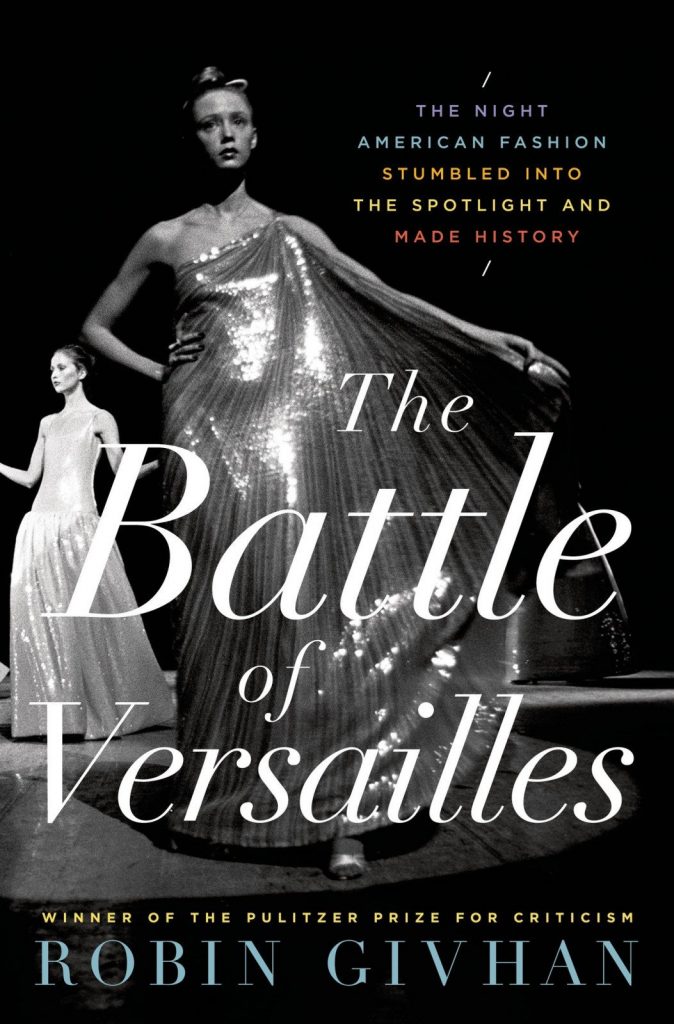 The Battle of Versailles: The Night American Fashion Stumbled into the Spotlight and Made History, by Robin Givhan (March)

Tom Ford vs. Nicolas Ghesquière. Marc Jacobs vs. Hedi Slimane. We’ll never know who would win in a direct fashion face-off between these designers (as much as would love to see it) but we do know what happened when Halston took on Yves Saint Laurent at the Palace of Versailles in 1973. It remains the fashion battle of the century. Five American designers (Oscar De La Renta, Bill Blass, Anne Klein, Halston and Stephen Burrows) faced five French designers (Yves Saint Laurent, Hubert de Givenchy, Pierre Cardin, Emmanuel Ungaro and Marc Bohan of Christian Dior) in a runway extravaganza the likes of which have never been seen since. With Princess Grace of Monaco, the Duchess of Windsor and Andy Warhol in the audience the stakes were high and the American designers were not expected to prove a match for the sophistication and experience of their European counterparts.  Yet by the end of the evening, American fashion as we know it had arrived. The US designers brought drive, ambition and energy to the French capital (as well as a ground breaking ten African-American models). This is the story of the fashion battle that changed everything. 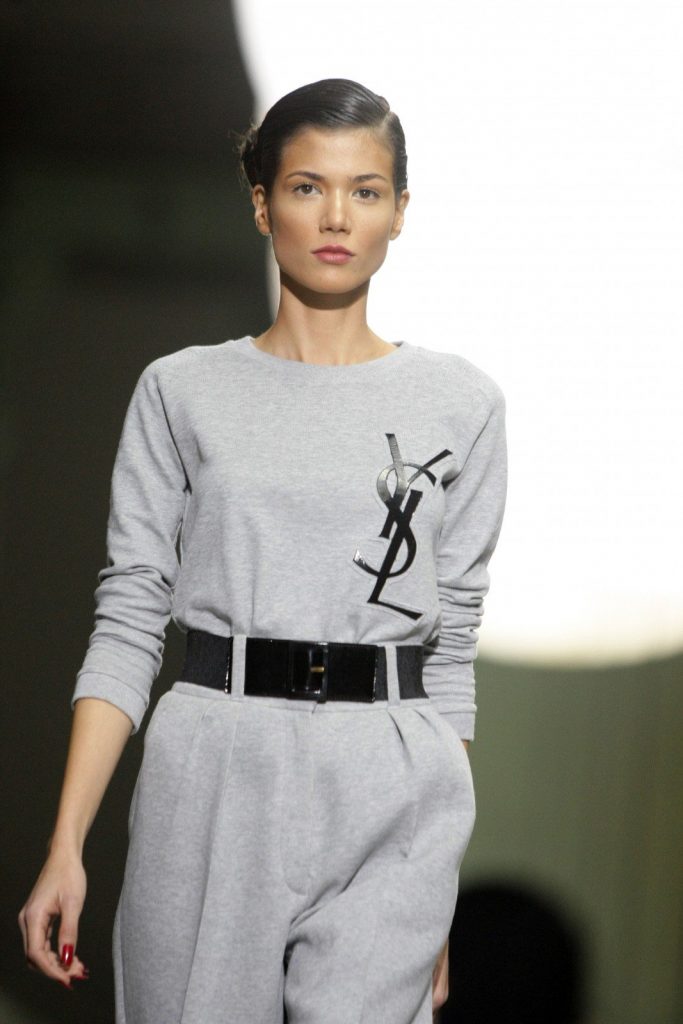 Yves Saint Laurent was never far from our thoughts in 2014. Jalil Lespert’s film, Yves Saint Laurent (granted complete access to the house’s archives by Bergé, the keeper of the designer’s estate), went head to head with Saint Laurent, the unauthorized biopic directed by Bertrand Bonello that nevertheless had the backing of François-Henri Pinault, CEO of Kering (owner of the Saint Laurent brand). So far, so controversial. Perhaps the Fondation Pierre Bergé is seeking to have the last word as historian Jéromine-Savignon examines the life and work of the designer described as the ‘Pied Piper of Fashion’; followed religiously by women the world over. 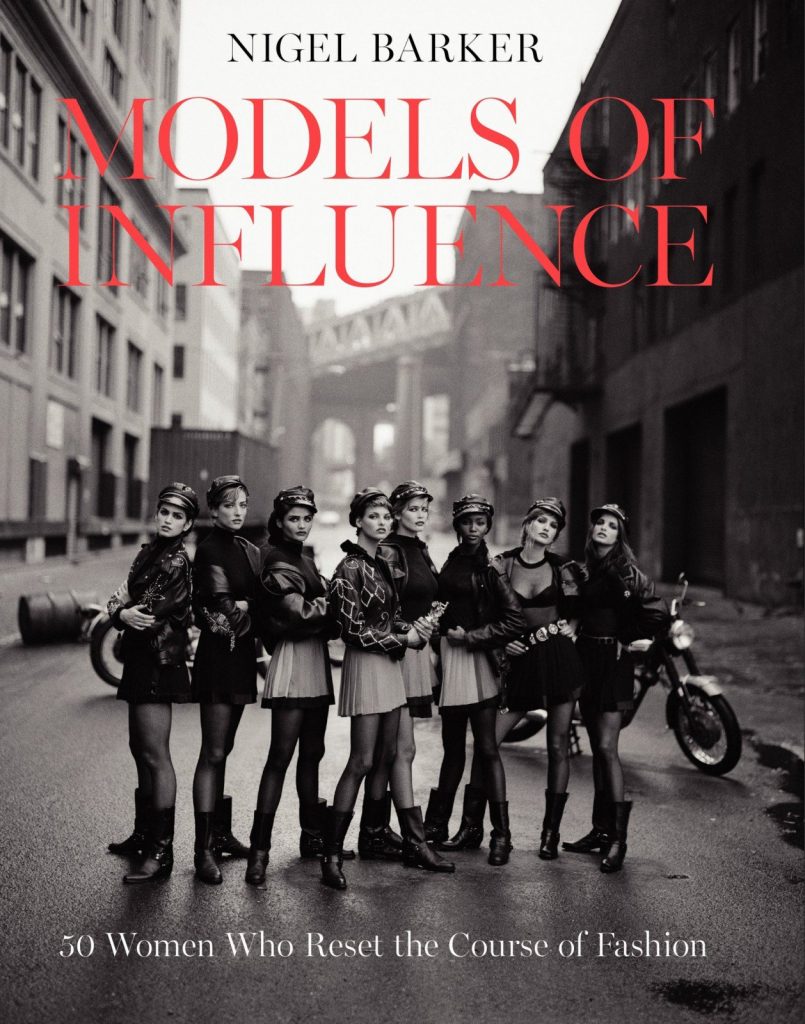 Models of Influence: 50 Women Who Reset the Course of Fashion, by Nigel Barker (February)

Beautiful photographs and personal anecdotes make this run-through of the 50 most influential models from the 1940s until today an artful and soothingly familiar journey through fashion. The book by Nigel Barker – fashion photographer and America’s Next Top Model co-star – gives an insight into the one-of-a-kind models that broke the mold and invited us to see a new version of beauty. From Twiggy to Elle Macpherson, Naomi Campbell to Coco Rocha, you might find yourself changing your mind about your favourite. 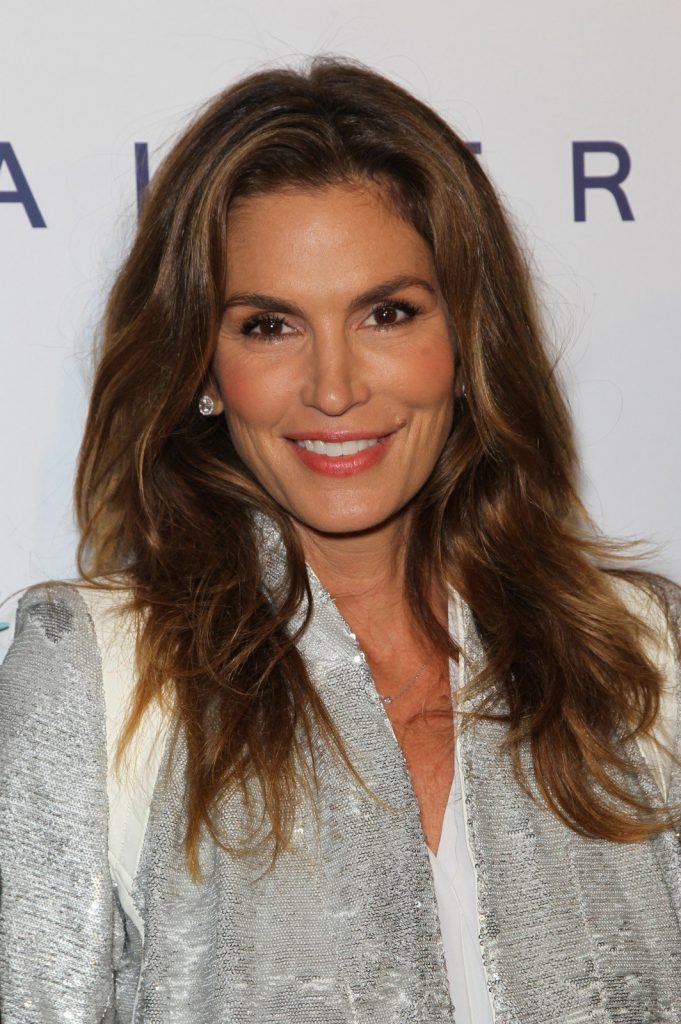 Supermodel of the nineties Cindy Crawford is set to celebrate turning 50 by publishing a retrospective ‘hybrid’ book with Rizzoli about her career and what she’s learnt as one of the most recognizable faces on the planet. We expect beautiful imagery and skincare tips galore as the model continues to build her skincare line, Meaningful Beauty. If we can get halfway towards her particular brand of all-American beauty, we’re in. 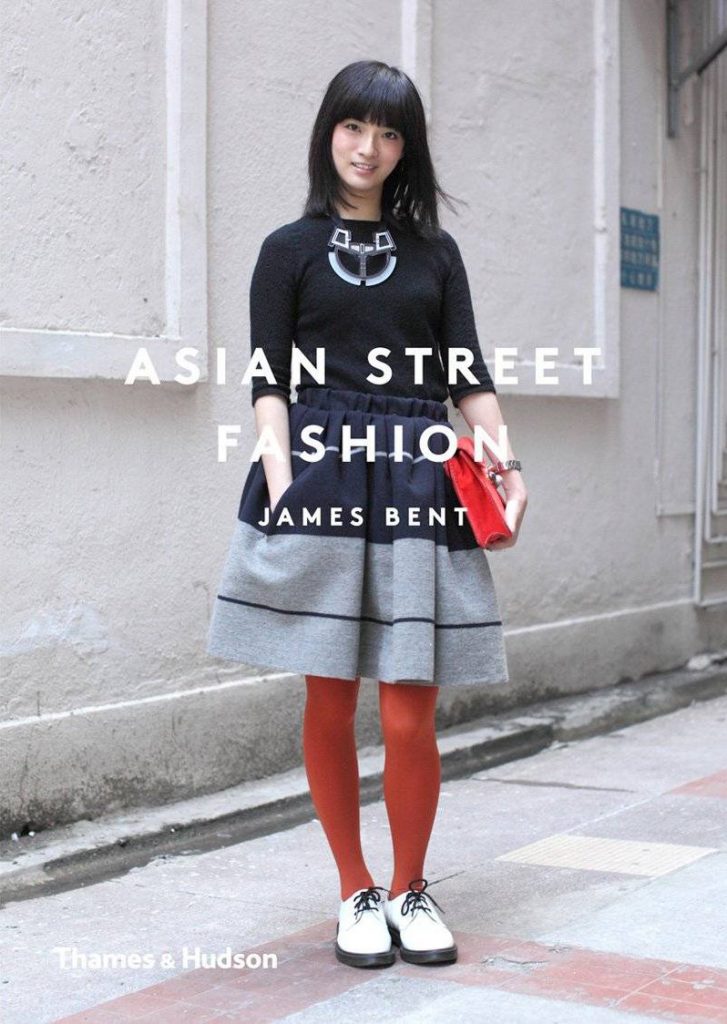 Released at the end of 2014 this contender isn’t strictly eligible for this list but we love James Bent’s fresh take on street style photography so much that he still makes the cut. Whether runways are influenced by the street or vice versa is a point of much (endless fashion-geek style) debate. But what we know for sure is that Bent’s take on Asian style isn’t always what we expect. There’s more to this book than the cosplay girls of Harajuku. Take a tour of Tokyo, Bangkok and Seoul to spark your imagination and inspire your 2015 style. 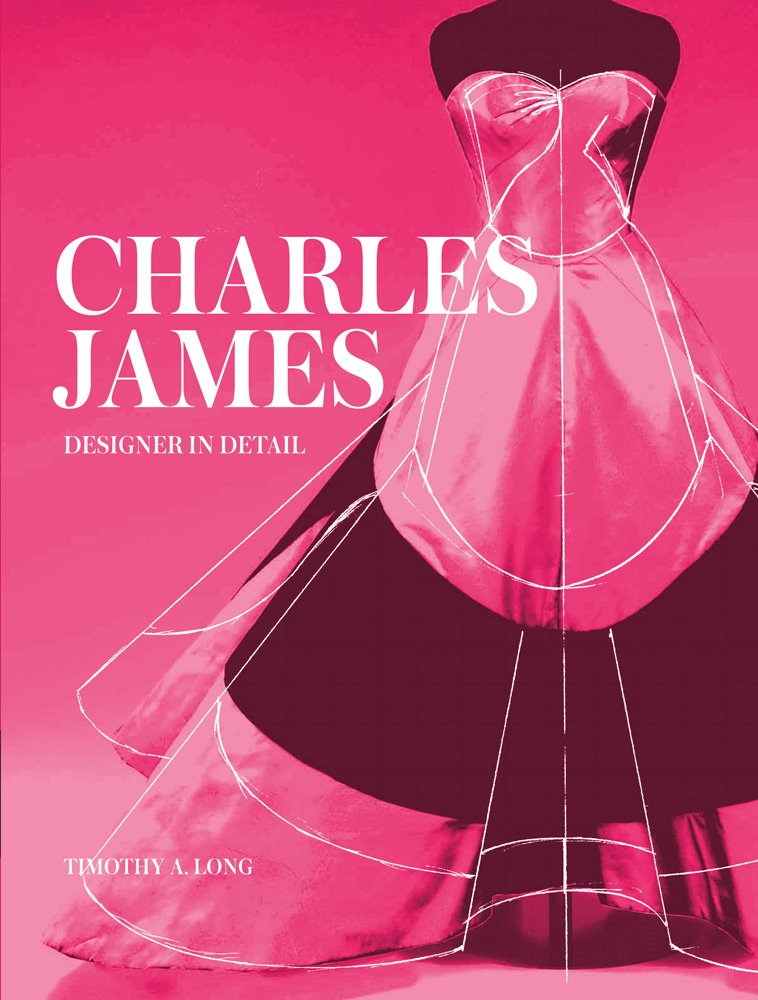 Charles James: Designer in Detail, by Timothy A. Long (March)

Charles James’ work was the subject of a major exhibition at The Metropolitan Museum of Art last summer.  Born in 1906 he became a master couturier without formal training and his influence on twentieth century fashion has never been surpassed. A temperamental perfectionist, as seems to be a requirement of any genius fashion designer, he dressed the likes of Marlene Dietrich and Gypsy Rose Lee. Pore over stunning designs, illustrations and archival material and be transported to a world where fashion was just a little bit more wonderful.