Now in its third chapter, ‘Prada: The Iconoclasts’ returns in collaboration with three major visionaries in the world of costume design. 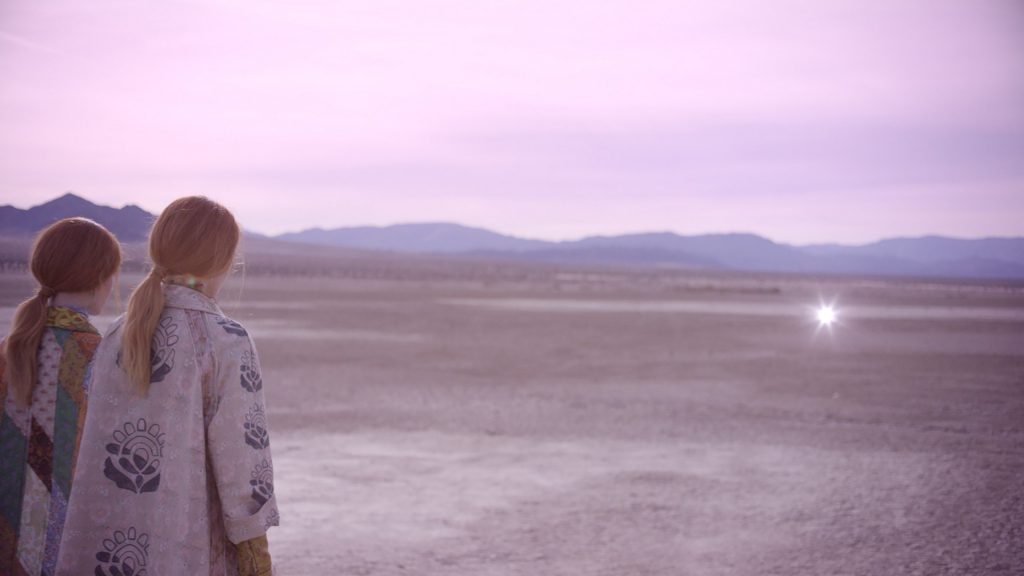 The holistic mood of a Prada show is particularly hard to define in a single sentence. Miuccia Prada is a complex woman, and so too are her clothes. The pragmatics of ready to wear are simply a byline to the current mood and setting of a Prada show. And so Prada: The Iconoclasts was born. Now in its third chapter, this year sees the visual takeover of three flagship stores located in New York, London and Paris. Combining the efforts of three legendary costume designers, Prada: The Iconoclasts aims to showcase current seasonal wares alongside the avant-garde aesthetics of its collaborators. 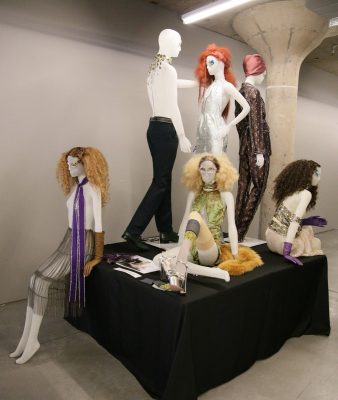 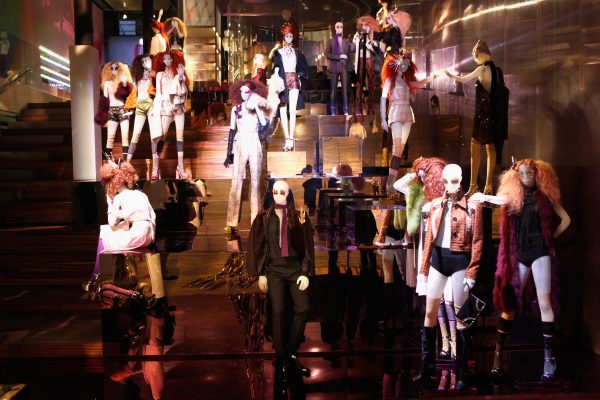 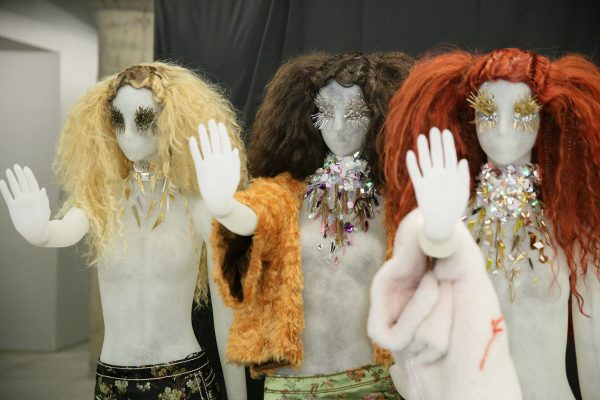 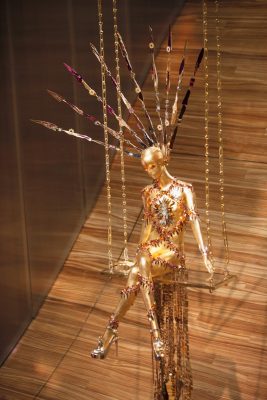 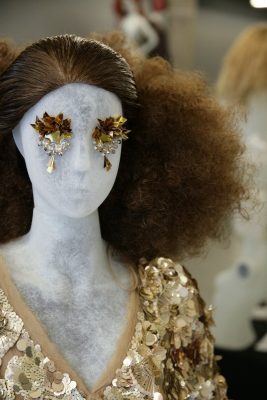 Debuting their filmic inspirations in the Prada Broadway Epicenter located in New York are business duo Michael Wilkinson and Tim Martin. Combining 25 years of Martin’s architectural and interior design alongside Wilkinson’s sartorial expertise as a costume designer for over 30 films, the pair founded Wilkinson Martin, a consultancy company devoted to fashion and the arts.

The pair launched their uptown-downtown fantasy Prada world during New York Fashion Week’s opening day. Inspired by the bold and brash self-expressionism of the 1970s, Wilkinson Martin outfitted the Epicenter with archival Prada pieces, highlighted with the sumptuous brocade designs of the latest SS15 collection. Capturing the spirit of the psychedelic seventies is Martin’s glitzy show set framed by a mirrored chandelier, complete with a golden mannequin swinging above the crowd. 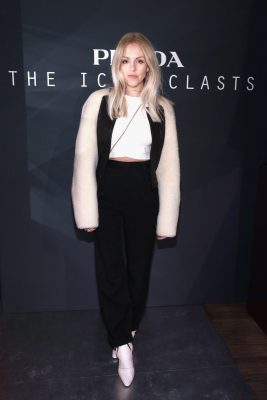 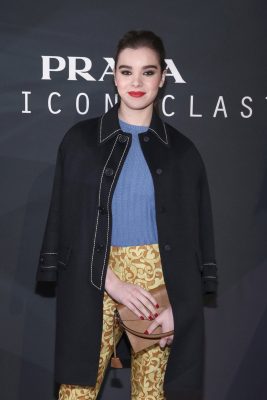 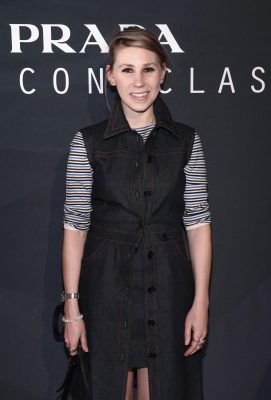 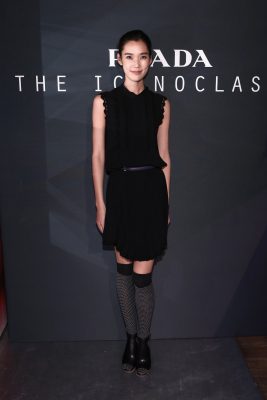 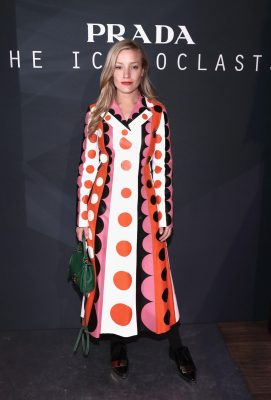 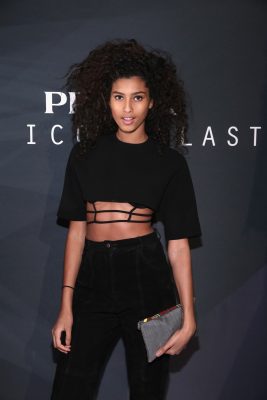 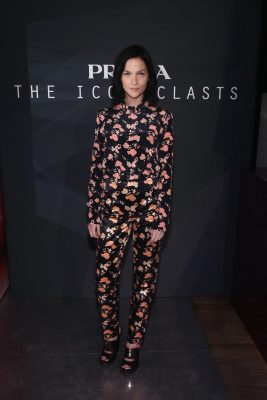 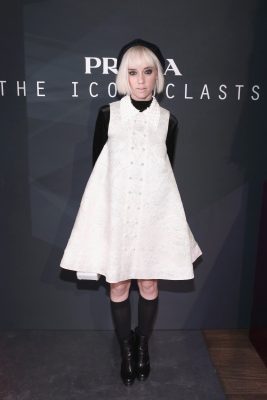 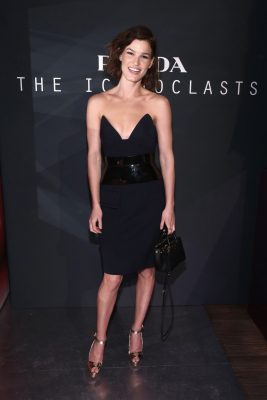 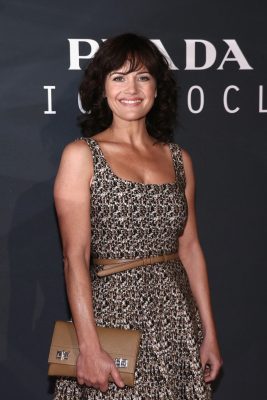 “A party to end all parties” to celebrate the Iconoclasts exhibition

In reaction to the SS15 collection Wilkinson Martin conjured a ‘party to end all parties. The end of disco. A place where people strut and swagger. No one wants to leave, because if they do, the fantasy will vanish.’ Attending the inaugural Iconoclasts exhibit were starlets from the fashion and film industries including Hailee Steinfeld, Gabrielle Union, Irina Nikolaeva, Bonnie Wright, Carla Gugino and Hanneli Mustaparta, outfitted in Prada.

Prada: The Iconoclasts is currently ongoing in New York. 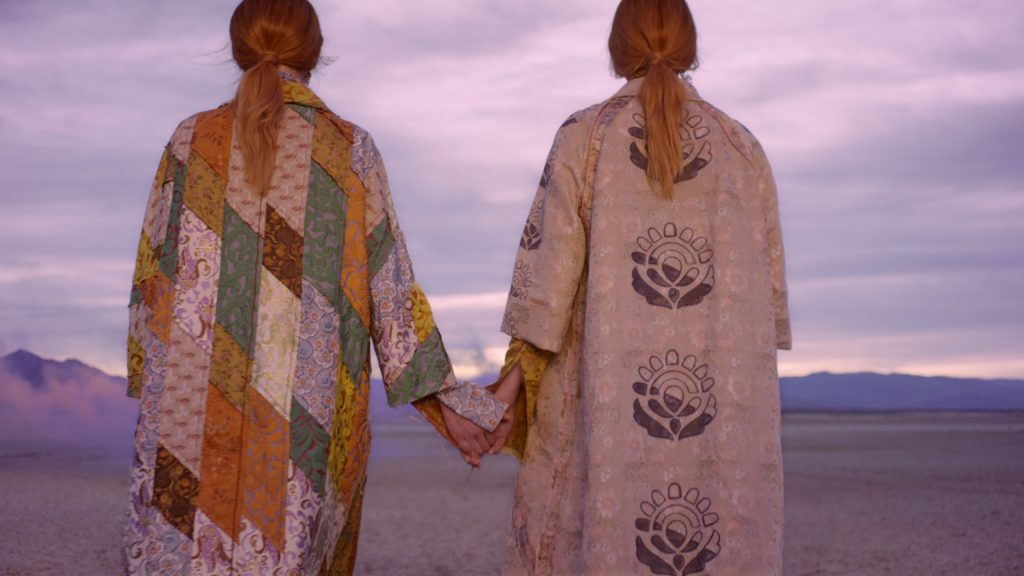 “Fashion, like film, is about dreaming and telling stories” – Arianne Phillips

Headlining the London swing of the Iconoclasts tour is Arianne Phillips. With two decades of experience in costume design, two-time Oscar nominated Phillips has garnered a 17-year-long ongoing collaboration with the queen of pop, Madonna. Philips most recent work for the critically acclaimed Kingsman: The Secret Service partnered her with Mr. Porter to create a retail-ready film wardrobe. Phillips uses her unique outlook on film, fashion and music to create a design space in the capital’s Old Bond Street store that runs from 22nd February to 19th March. Describing the design process Phillips noted: “Fashion, like film, is about dreaming and telling stories so this seemed like a natural conversation for me to have with the very inspiring and beautiful Spring/Summer 2015 collection.” 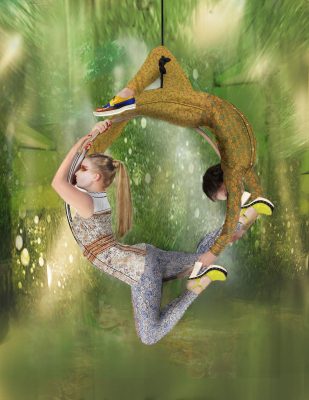 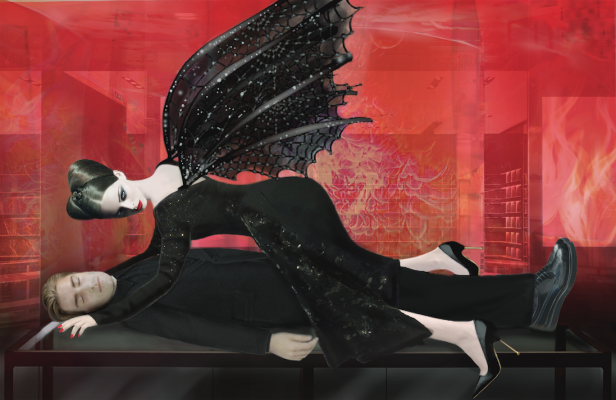 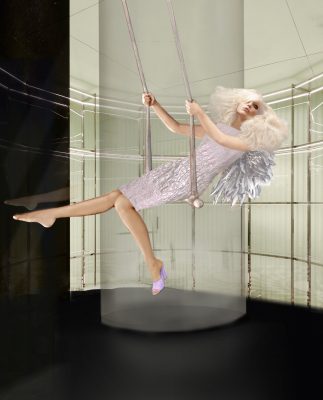 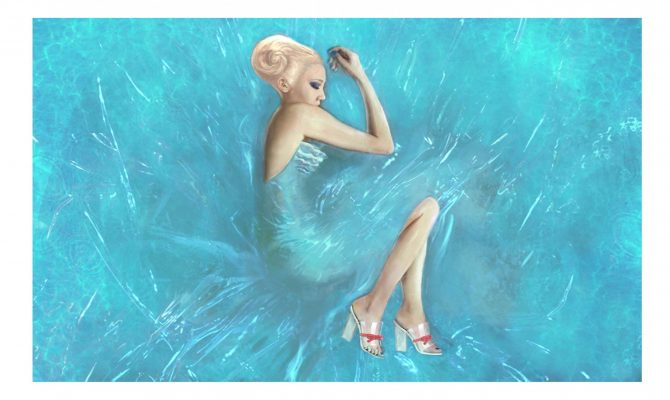 Prada: The Iconoclasts recently closed in the French capital Paris on 11th March, where the Prada Faubourg Saint Honoré store played host to the legendary costume designer, Milena Canonero with an ancient Chinese philosophy-inspired interpretation of the SS15 collection. Canonero boasts impressive collaborative efforts on the set of Hugh Hudson’s Chariots of Fire, Sydney Pollack’s Out of Africa and more recently Wes Anderson’s The Grand Budapest Hotel for which she received an Academy Award nomination for Best Costume Design. In light of her work for Prada, Canonero poignantly noted: “I sought to reinterpret the collection through the four elements – water, fire, air and earth – and create imaginary situations that culminate in the fifth element, human love.”

The Beginner’s Guide To Cryptocurrency