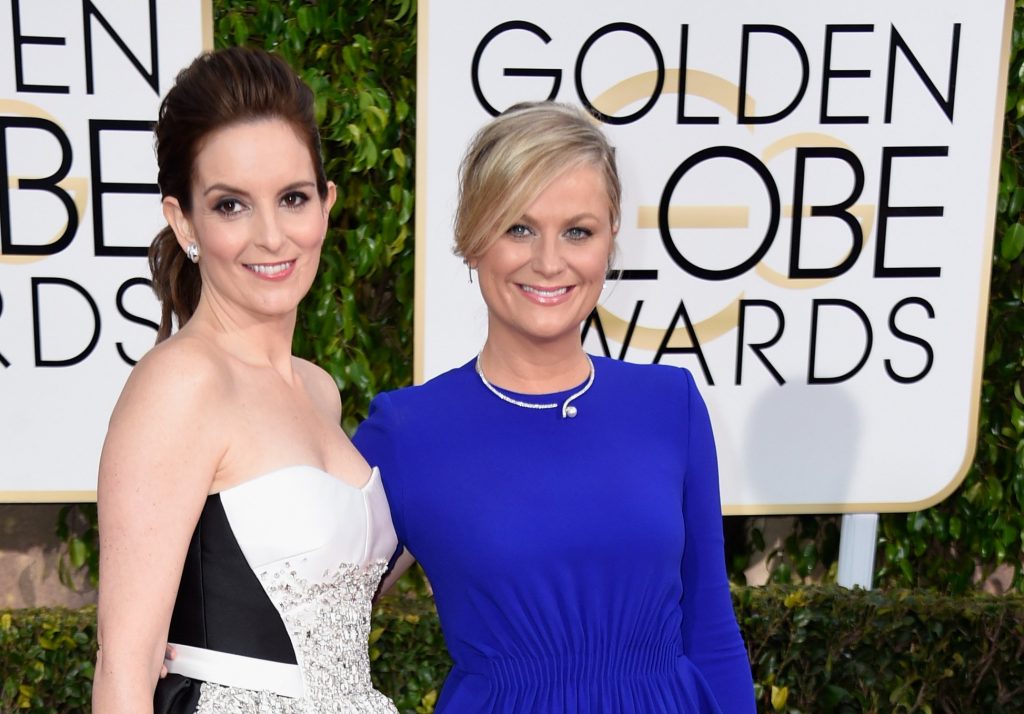 Joke of the Night

“George Clooney married Amal Almuddin this year. Amal is a human rights lawyer who worked on the Enron case; was an adviser to Kofi Annan regarding Syria; and was selected for a three-person UN commission investigating rules of war violations in the Gaza Strip. So tonight … her husband is getting a lifetime achievement award.”

Forget the Hollywood stars. The Golden Globes belonged to one person, and one person only: Amal Clooney. And what a way to arrive – a Dior couture dress, debuntante white gloves, and a ‘Je suis Charlie’ badge on her clutch.

The baby-faced Brit actor scooped the gong for Best Actor (Drama) for his warm-hearted performance as scientist Stephen Hawking in the commendable (though sugar-coated) biopic The Theory of Everything. Superhero salaries, here we come.

Julianne Moore will win everything in 2015

Can any other actress beat Ms. Moore’s astonishing turn in Still Alice where she plays a sufferer of dementia? Bagging the Golden Globe for Best Actress (Drama) means she’s now a dead cert to win the Oscar later this year.

Girls creator Lena Dunham walks down the red carpet amid a thousand media flashbulbs and declares she has deleted her Twitter account to ‘create a safer space for myself emotionally’. (See what she did there?)

Can someone please give Mr. Ford a B-vitamin shot to boost his energy levels? He gave possibly the least enthusiastic speech in award history. Cheer up, Solo, you’re a multi-millionaire.

Gorgeous George’s charming acceptance speech to the film industry, and his new bride, saw him signing off with a touching nod to Paris: ‘Je suis Charlie.’

Pint-sized musical genius Prince (or whatever he’s calling himself these days) won the hairstyle stakes with a masterly afro. Biggest applause of the night!

Best Actress (Drama) in a television series, Maggie Gylleenhaal, praises ‘the many great roles for women on television this year. Unfortunately, she didn’t say it in the pitch-perfect English accent she used in her role for An Honourable Woman.

The Redheads are Coming!

Winners Amy Adams and Julianne Moore appear in a ‘ginger Instagram snap’ to prove that red heads, including Jessica Chastain, rule the (red) roost at this year’s awards.

Australian actress Naomi Watts teaches her American peers a lesson or two about speaking the Queen’s English by using ‘whilst’ in her presentation speech. Tallyho!

The critics’ favourite crime series gets snowballed by the icy majesty of fellow crime series Fargo. It’s official – the McConaughey revival is over.

You couldn’t call it classy. You couldn’t even call it tasteful. But Jennifer Lopez’s vast metallic dress (complete with plunging cleavage and acres of leg) created by Zuhair Murad Haute Couture sweeps away the red carpet and bags the limelight.