As London Fashion Week drew to a close, we cast an eye over the beauty and hair looks set to define next season. From the demure and easy-to-do-at-home, to the more experimental, keep reading to see all our favourites… 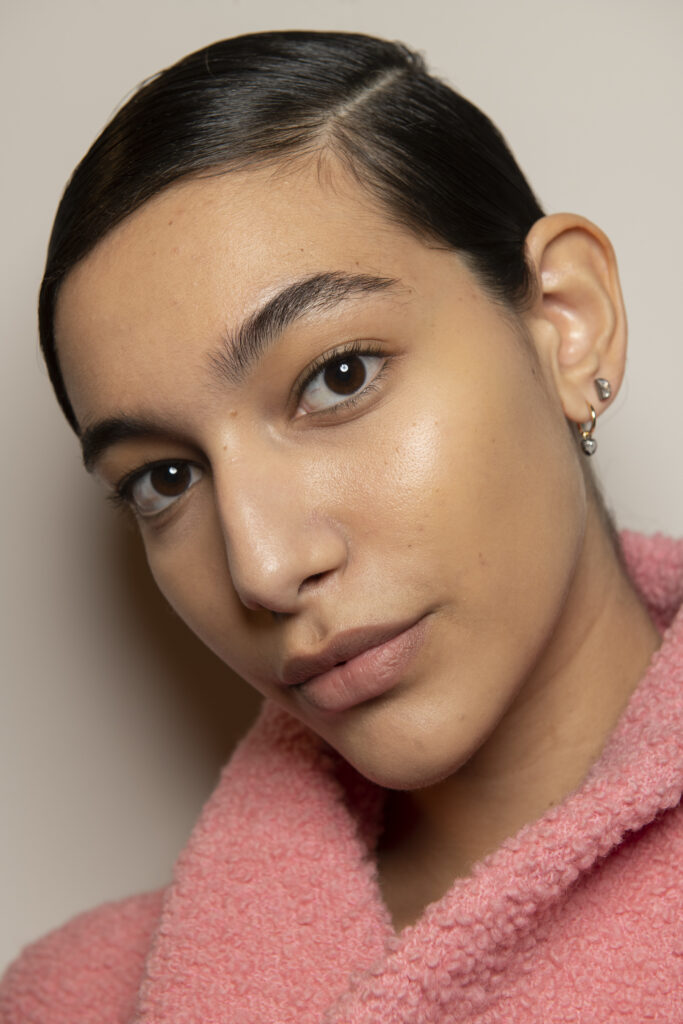 “The Emilia Wickstead woman is very strong , powerful and minimal,” lead hair stylist Benjamin Muller explained to journalists backstage. He emulated those qualities by sweeping hair back into a low ponytail with a sleek – slightly masculine – side parting. Bumble & Bumble Thickening Spray was used to prep the hair, then Bumble & Bumble Thickening Blow Dry Creme and Gel was used over the front of the hair to weigh it down, giving that “wet and strong” look. In contrast, the rest of the hair was left product-free. 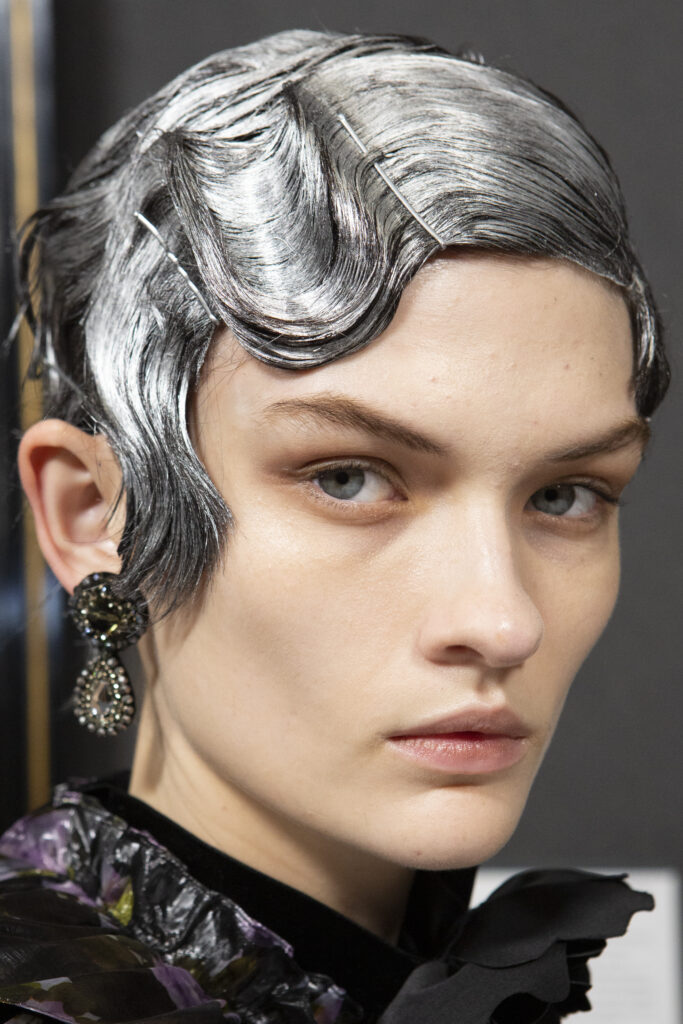 “Silver is an accent that runs through the entire collection,” Anthony Turner said of the Erdem Autumn Winter 2020 show. The Erdem collection was largely inspired by the upcoming exhibition at the National Portrait Gallery of Cecil Beaton’s work – and Turner created platinum coloured wigs for a several of the models to wear which reflected this perfectly. Pre-styled before the show, the wigs were set with gel and the power of the Dyson Supersonic Hair Dryer. Once finished, he sprayed each wig with the same silver spray that Erdem used on the feathers in the collection. 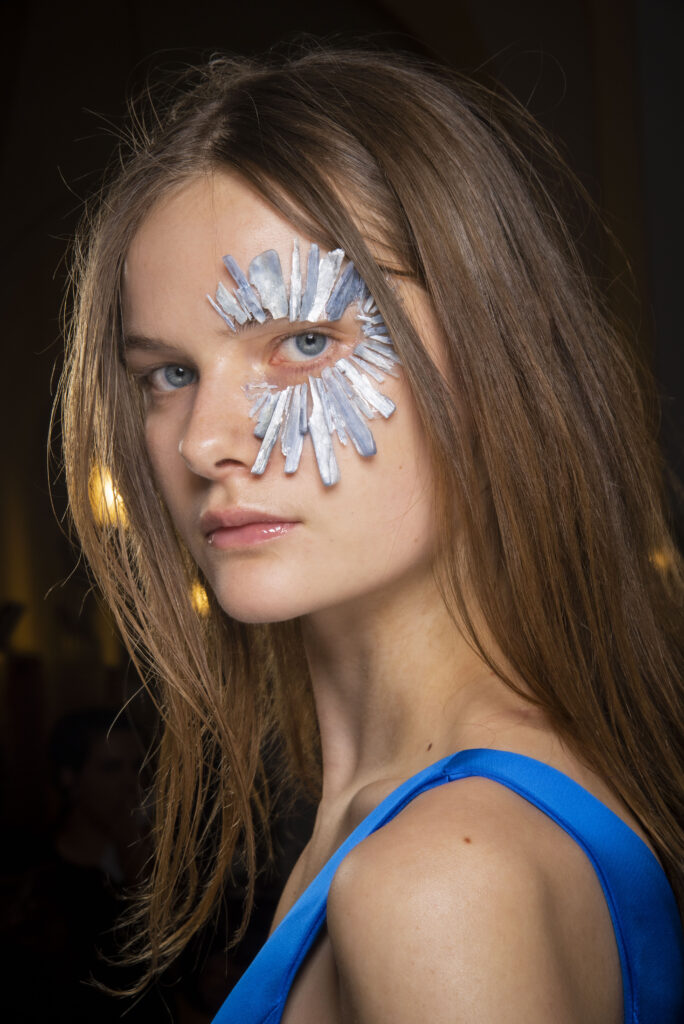 Halpern is a name that’s become synonymous with all thing glitters, and that applies to the beauty look this season, too. Models walked the runway with a 3D crystal detailing arranged as starburst pattern around one eye. Make-up artist Isamaya Ffrench used smashed rose quartz and other crystals to create the dazzling effect. The rest of the look was kept clean and simple with MAC Studio Face & Body Foundation providing the base, and lips coated with MAC Lipglass. 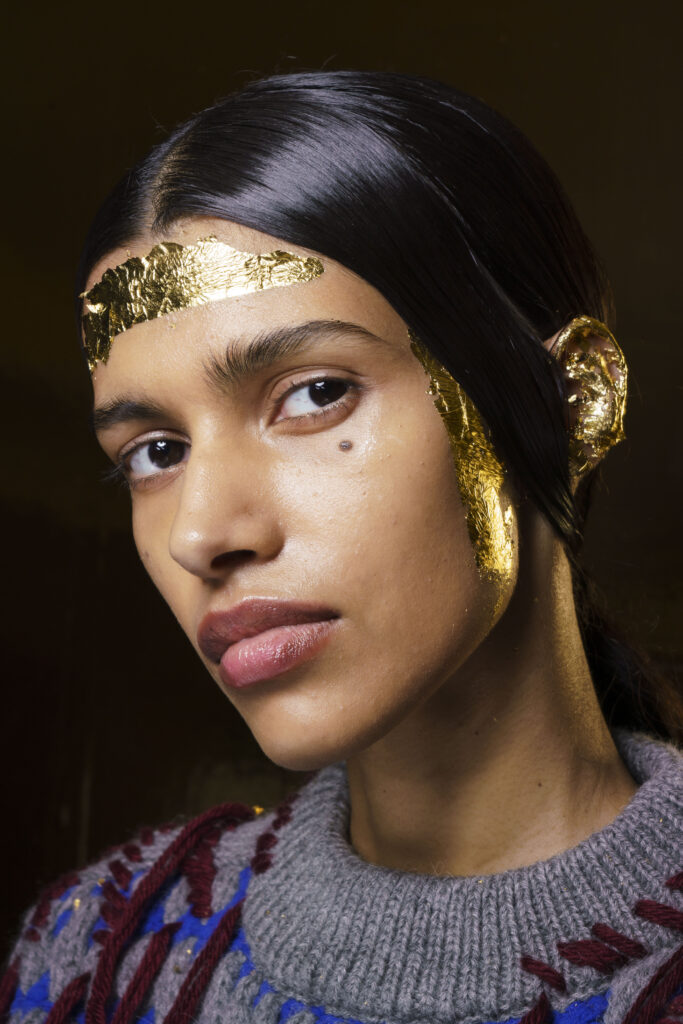 Make-up artist Sam Bryant’s starting point for make-up was the gold in the collection as well as the photos of Renaissance statues (belonging to the designers) of the Virgin Mary. Bryant used MAC’S new Strobe Glaze (out in Autumn) to highlight skin – its a new glossier version of their iconic Strobe Cream luminiser. He then covered models’ ears with gold leaf and placed it around the face. “The placement was inspired by those statues we were looking at, which had these gold chords running across their foreheads,” he said backstage. 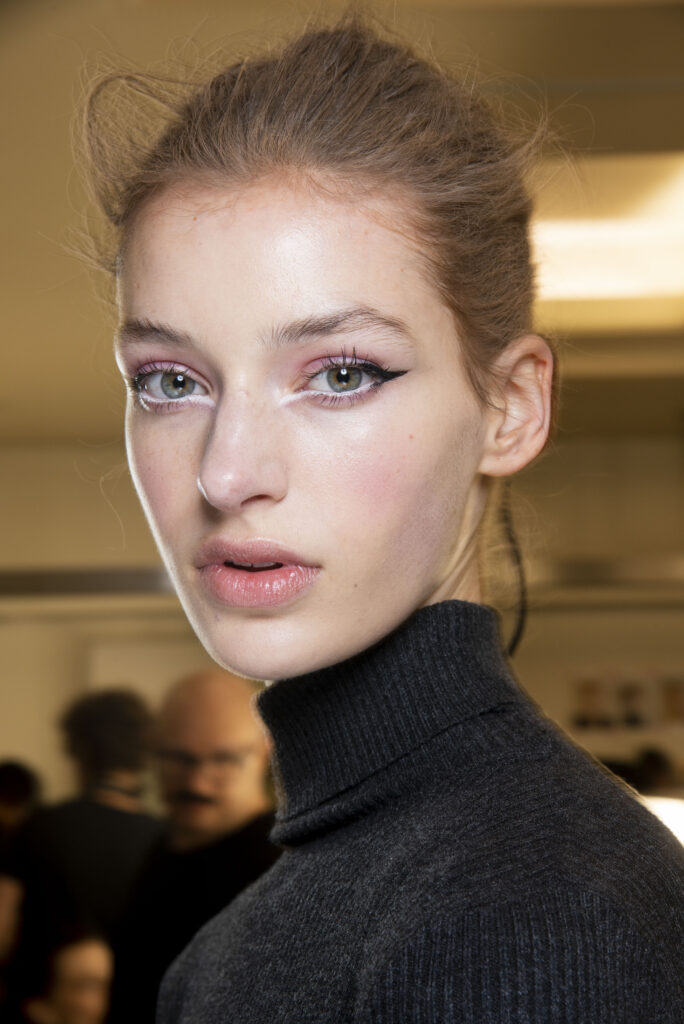 COLOURED LINE UP
While hair stylist Sam McKnight pulled models’ hair back into a punk version of Marie Antoinette’s chignon, Isamaya Ffrench was busy creating one of LFW’s most wearable beauty trends. “The clothes are quite feminine with an aggressive tone to them, so we wanted to do that with the make-up. Everyone’s got a different eyeliner colour depending on the dress they’re wearing,” she explained. Shadows form the Art Liberty; It’s Designer collection were mixed with MAC Chromographic Pencils on the eyes, while Studio Fix Soft Matte Foundation Stock and MAC Powder Blush in Pink Swoon and Peony Petal were used to give skin a “Russian doll” appearance.

Read Next: Five Beauty Launches on our Radar

Fake A Good Night’s Sleep With These Rejuvenating Facials

What Makes A Product Vegan? What You Should Know (And Shop) This World Vegan Month