Fabergé and Game of Thrones join forces for a high jewellery collection celebrating female strength (and, of course, dragons)

Artistic jewellery House Fabergé has partnered with Game of Thrones to immortalise the series’ fantastical emblems. Conceptualised and designed by an award-winning team including Game of Thrones’ costume designer Michele Clapton, Fabergé’s head of design, Liisa Tallgren and Fabergé’s creative director Josina von dem Bussche-Kessell, the exciting collaboration began with a one-off Game of Thrones objet d’art released in April 2021 in celebration of the series’ 10th anniversary, which sold for a cool $2.2 million. 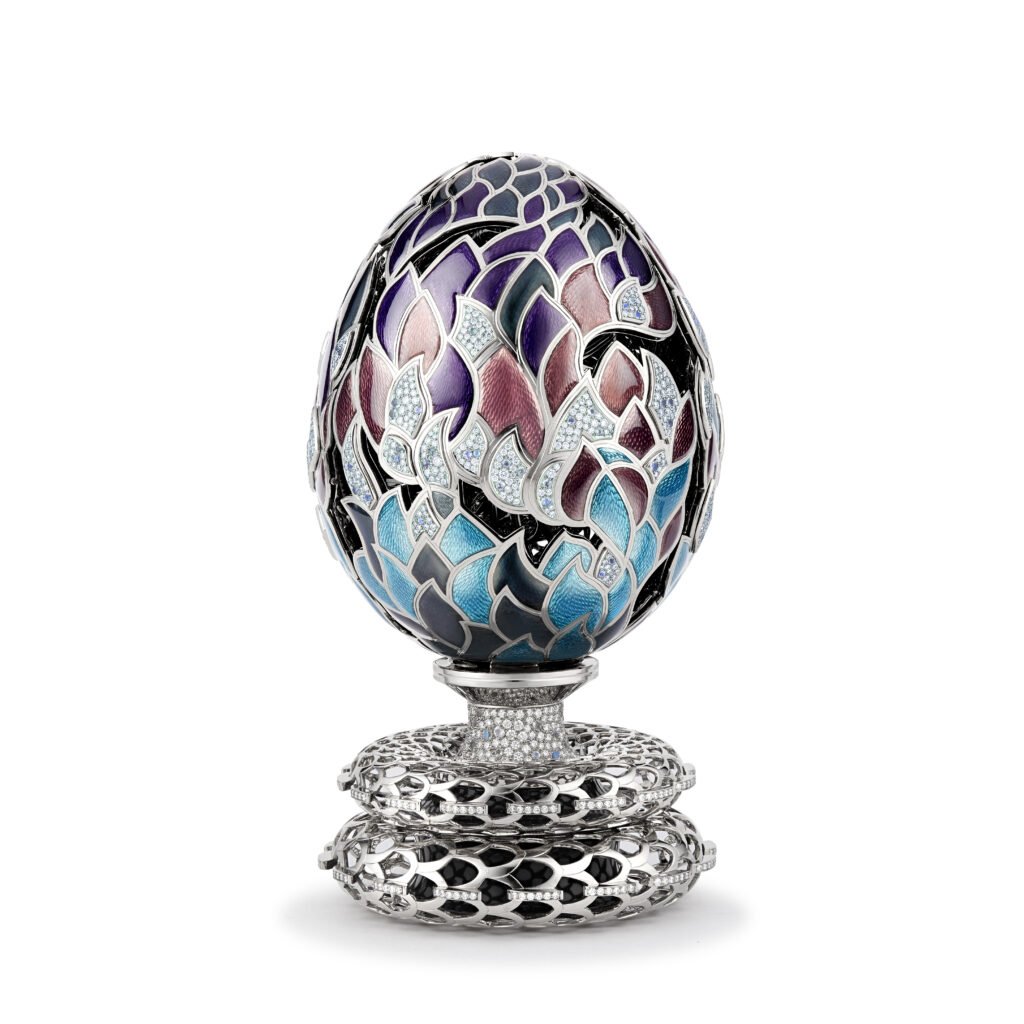 The success of the special partnership meant it was only right to give collectors what they were pleading for: an entire jewellery collection harnessing the enchantment of Game of Thrones.

The collection’s first chapter, Dragons, features five designs – each limited to only ten pieces – inspired by Daenerys Targaryen’s journey, her beloved dragons and pursuit of the Iron Throne. “The collection was inspired by the strength and vulnerability of Daenerys and her relationship with her dragons, to try and express this complex woman and her journey,” shares Michele Clapton. “The Fabergé x Game of Thrones ‘Dragon’ High Jewellery capsule collection presents different aspects of the mythical creatures, and documents their journey in the series alongside Daenerys,” Liisa Tallgren adds.

The magnificent designs include a transformable egg pendant; dragon-tail earrings; transformable ear cuff and choker; and transformable bracelet and ring adorned with rubies, diamonds and sapphires. Fabergé utilises responsibly sourced coloured stones alongside white gold, diamonds and black rhodium to convey Daenerys’ strength and fiery spirit. “Rubies have been long associated with passion, power and protection, making this vibrant red gem a fitting choice,” explains Elena Basaglia, gemologist at Gemfields. There are three more chapters to come, though the House is keeping them under wraps until 2023. Explore the collection

Read Next: Dior Celebrated The Power Of Females In A Collection Inspired By Royalty

This Star-Studded Documentary Takes You Behind The Scenes At Bulgari