As we officially embark on another award season, we look back at the diamonds that have made a dazzling red carpet impression, more than once. From the famous Tiffany yellow diamond which made a public showing for the first time in nearly six decades at the 2019 Oscars, to Elizabeth Taylor’s sapphire Bulgari necklace re-worn by Jessica Chastain, here are the high jewellery pieces that continue to grace the red carpet. 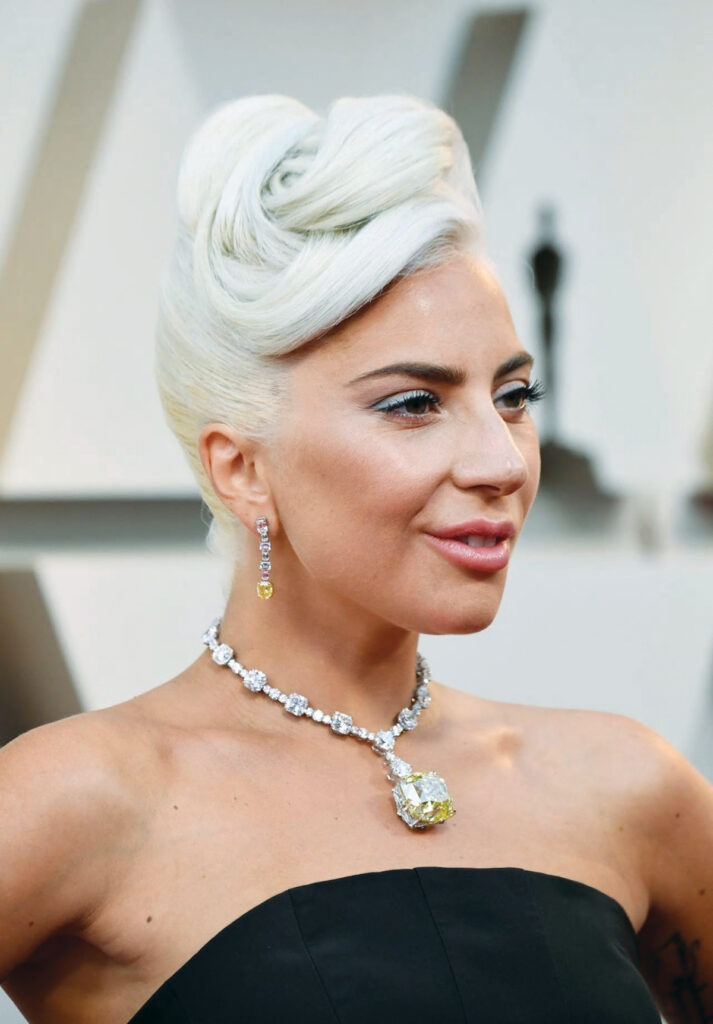 Before clinching her Best Original Song award, Lady Gaga made history for being only the third person ever to wear the legendary 128.54 carat Tiffany Diamond in its 142-year history, a treasured part of Tiffany’s archive collection. The cushion-cut diamond was hewn from a 287.42 carat rough stone discovered in South Africa’s Kimberley mine in 1877. The cutting process took 12 months and was overseen by George Frederick Kunz, Tiffany’s chief gemmologist at the time.

When it was finished, Tiffany’s founder Charles Lewis Tiffany decided not to sell it but to keep it on display for the public, and the Tiffany Diamond, as it was named, became the star attraction at exhibitions and events throughout the late 19th and 20th century. First worn at the 1957 Tiffany Feather Ball, the sparkler was then used for Breakfast at Tiffany’s in 1961, where Audrey Hepburn wore the diamond set into the Ribbon Rosette necklace. Gaga is the first person to wear the yellow diamond in its current setting, a more contemporary style which echoed a design created in 2012 to mark Tiffany’s 175th anniversary. 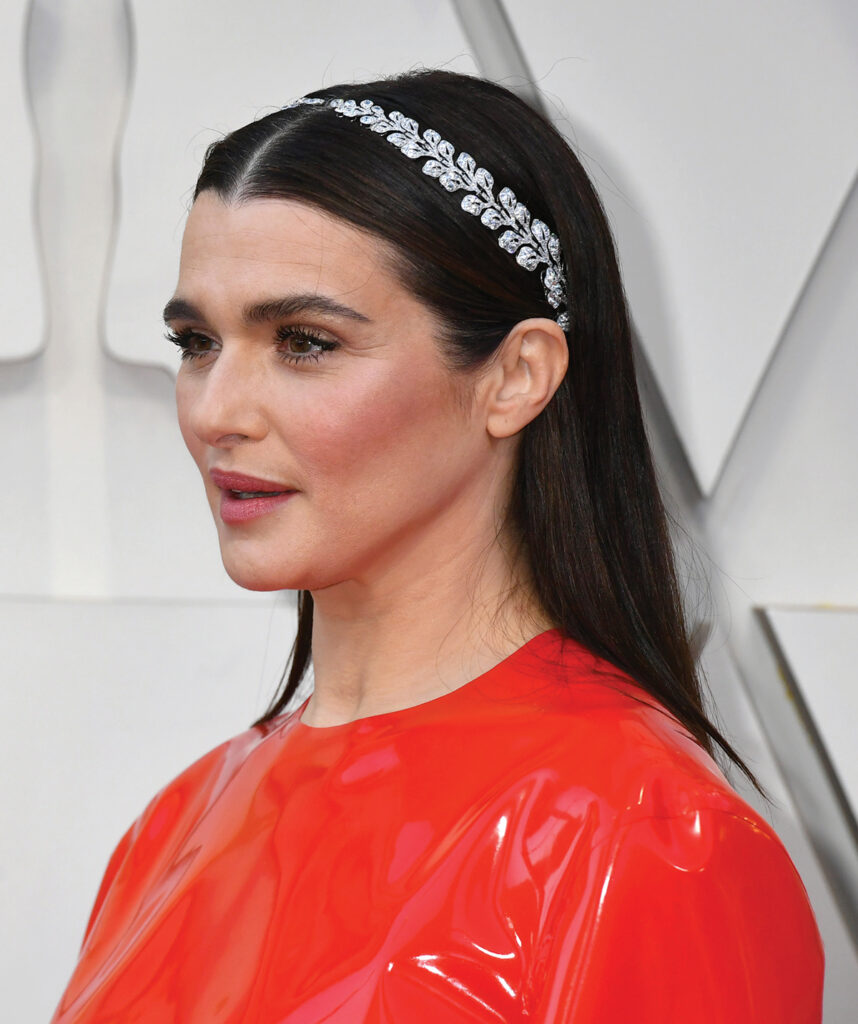 Rarely is high jewellery truly versatile, except when designed by Cartier. The French house first created its fern spray brooches in 1903. The two identical leaf- shaped strands of diamonds set in flexible platinum were designed to be worn in numerous ways to form a stomacher, necklace, corsage ornament, or tiara. Bought by the British merchant banker Sir Ernest Cassel as a gift for his sister Wilhelmina, the piece came with a spanner-head screwdriver, leaving the wearer free to style as she saw fit.

Now they are in the Cartier Collection, sold from the estate of the Countess of Brecknock in 1990 by Sotheby’s after her death in 1989. At the 2011 Met Gala, Madonna paired the fern brooches with a teal silk Stella McCartney gown embroidered down the back with a cascade of stars. The diamonds, worn as a necklace, seemed to perfectly mimic the sparkles on the dress. This February, Disobedience star and Oscar nominee Rachel Weisz wore the ferns as a headband to the Oscars. 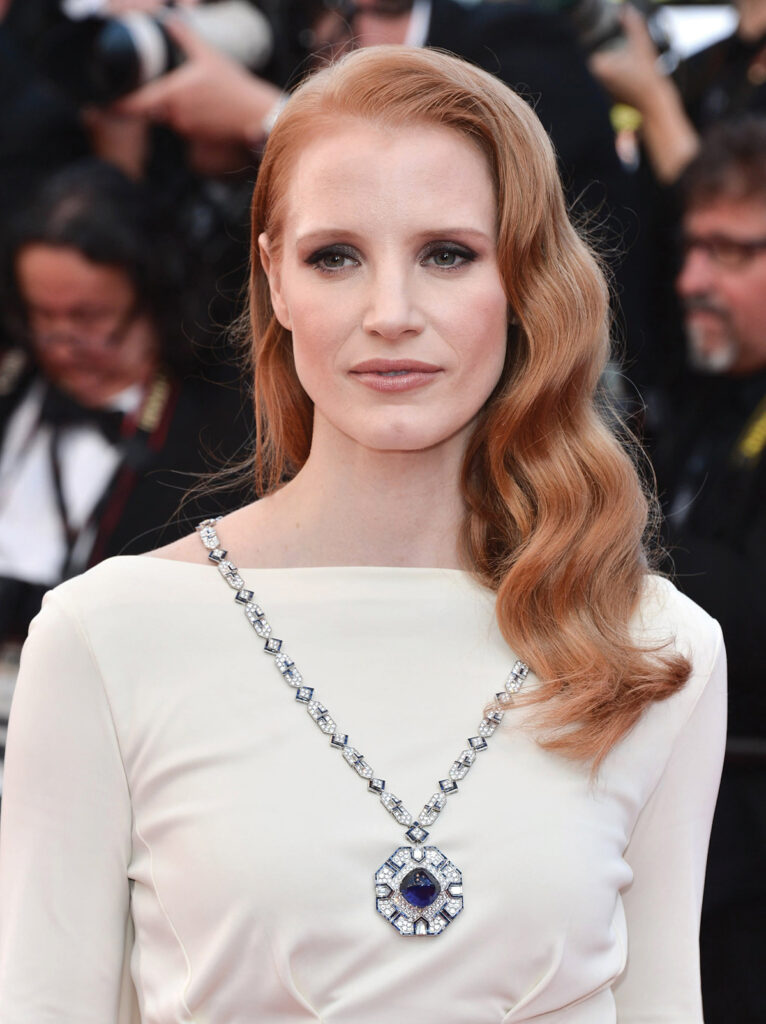 There was no tribute more fitting for the 50th anniversary viewing of Cleopatra at the Cannes Film Festival in 2013, and to the film’s stars, Elizabeth Taylor and Richard Burton, than Jessica Chastain wearing one of Taylor’s Bvlgari necklaces and a trombino ring, last worn by Elizabeth Taylor. The octagonal sapphire necklace, given to Taylor by Richard Burton in 1972, was a 40th birthday present, and when it was sold at Christie’s with Taylor’s estate in 2011 Bvlgari bought it.

The necklace features a massive octagonal pendant festooned with a 65 carat sugarloaf cabochon Burmese sapphire and encrusted all over with diamonds and smaller sapphires. The platinum sautoir also comprises hexagonal and rhomboid motifs ornamented with an assortment of brilliant- cut diamonds and calibrated sapphires, and its pendant is detachable and can be worn as a brooch. The piece has appeared in several Bulgari exhibitions over the last few years, with Chastain wearing it to a special 50th anniversary screening of the Taylor-Burton epic Cleopatra.

Beyoncé at The Grammys in 2015

Founded in 2004 in Paris, Valérie Messika decided to launch her own high jewellery brand after spending a number of years working alongside her father, André Messika, a leader in the diamond business for 40 years. By combining innovative shapes with delicate materials, Messika has broken down the aura of sanctity that surrounds jewellery and given it a new life. Messika’s red carpet success can be credited primarily to Beyoncé, who posted a picture on Instagram of the brand’s Glam’Azone double-strand ring in front of the Mona Lisa at the Louvre, and since then the brand has been a popular choice amongst A-listers.

For her 2015 Grammy’s performance, Beyoncé chose Messika again, this time the Miss Hepburn necklace, a 40 carat strand of diamonds that drapes around the neck and down to the stomach. The following year, British actress Naomie Harris wore the Miss Hepburn to the Met Gala. The 264 pear-shaped marquise, oval and brilliant-cut diamonds in the necklace are articulated one-by-one giving it a unique flexibility, making the piece perfectly suited to the plunging neckline of her embroidered Burberry gown. 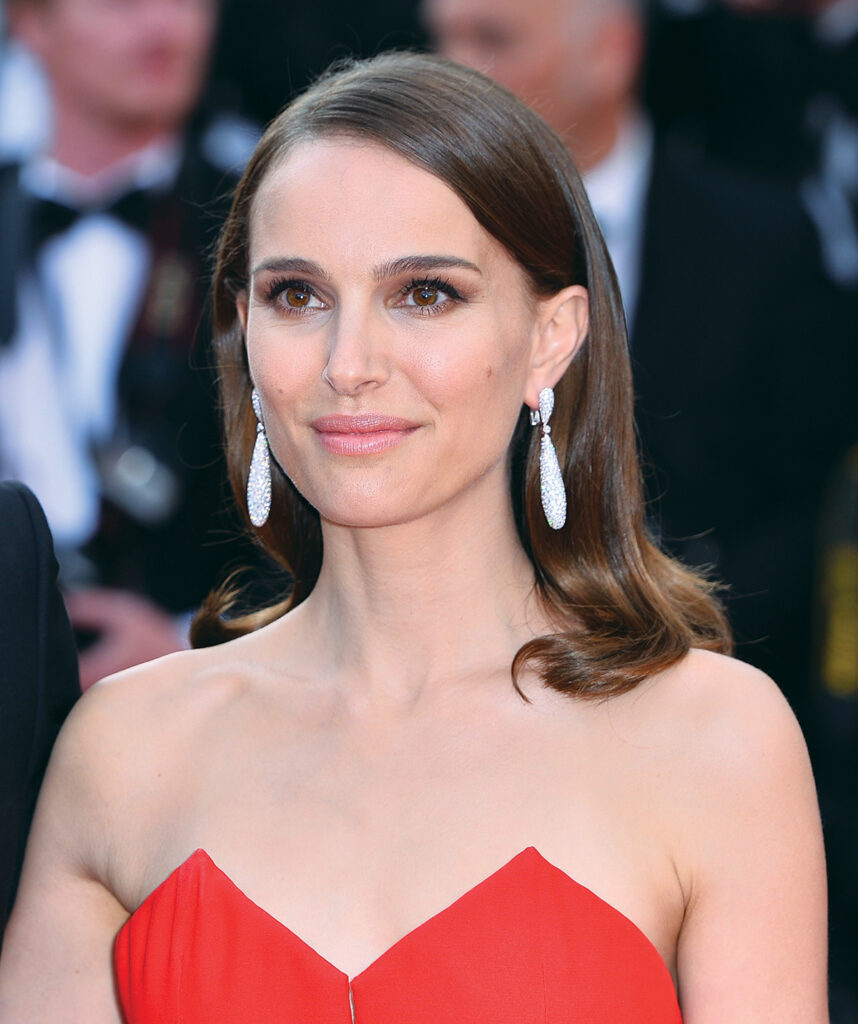 A real red-carpet regular are De Grisogono’s Gocce earrings which have made numerous appearances. The demure yet dazzling 18 karat gold teardrop earrings faceted with 617 sparkling white diamonds, were first seen on Rihanna in 2010, then in 2015 Natalie Portman wore them at the Cannes Film Festival paired with a full-length red Dior gown. In 2016 at the Cannes Film Festival premiere of the Dardenne Brother’s drama La Fille Inconnue Bella Hadid accessorised her red Alexandre Vauthier gown with them too.

These timeless and elegant earrings are a bestseller for the brand and have been created in various materials and stones. In creating Gocce, Founder Fawaz Gruosi boldly reinterpreted one of the most traditional and timeless forms of jewellery by adorning a teardrop with the codes that make De Grisogono creations stand out. The teardrop shapes are impeccably sculpted in gold, then faceted with a dense pavé setting of sparkling diamonds. 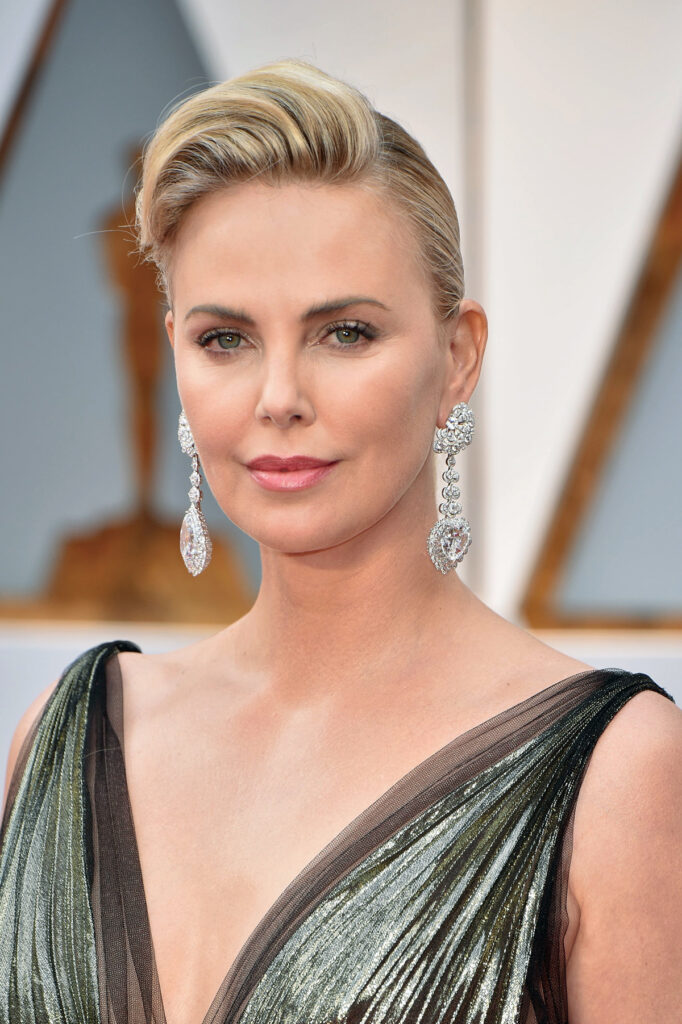 For the 2017 Oscars, Charlize Theron wore the most valuable jewels of the night, a pair of earrings from Chopard’s priceless Garden of Kalahari Collection. Theron, who won the best actress award for Monster at the 2004 Academy Awards, paired the jewels with a gold lamé Dior gown. Her earrings featured two heart and pear-shaped diamonds, each weighing 25 carats and boasting the highest D colour grade with flawless clarity. They are set with smaller pear-shaped and brilliant-cut diamonds in Fairmined gold.

These exceptional principal gems are from a 342 carat rough diamond entitled the ‘Queen of Kalahari’, discovered in Botswana’s Karowe Mine. A total of 23 diamonds were cut from the Queen, of which five diamonds weighed over 20 carats each, including those in the earrings worn by Theron. These five diamonds represent each of the main gemstone cuts, cushion, brilliant, heart, emerald and pear. At the Cannes Film Festival a month later, the actress wore the earrings again, but this time thanks to their versatility she wore them without the large drop and together with a striking sequin-embellished Prada gown.