Hermès has opened the ‘Crafting Time’ exhibition to show off its impeccable ingenuity and exclusive, art-inspired timekeepers.

The historic fashion house has also called upon artist Guillaume Airiaud, who has crafted five displays showcasing five skills that are used in the watchmaking profession. This accompanying exhibition, according to Creative Director Philippe Delhotal, adds “freshness” to the latest collection.

He explains: “Each display is different and we present various elements so people are able to understand the process of making the dials.

“Watchmaking has been at the heart of Hermès for more than a decade now. The family has always had a very high interest in this métier, even before it established its watchmaking division in Switzerland in 1978.” 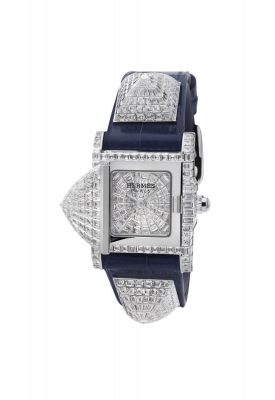 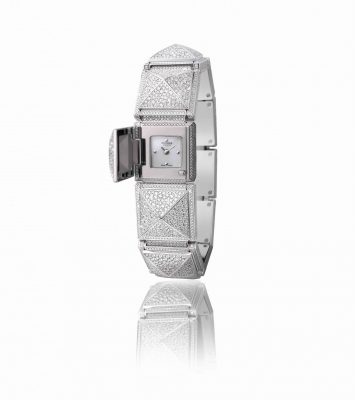 Twinkling crystal, copper wheels, shimmering dials and translucent colours are used so that these graphic and ethereal structures appear to be levitating, moving and momentarily vanishing.

Commenting on the sculptures, Delhotal says: “They all have something very appealing, because of the delicate elements and decoration. I also really appreciated the didactic table, which highlights other craftsmanship, such as marquetry.”

‘Crafting Time’ will be held in the Espace Horloger at 24, Faubourg Saint-Honoré, Paris, until July 15th.

This Legendary Couturier Has Opened An Exhibition In Dubai

The Museum Of The Future Is Now Open